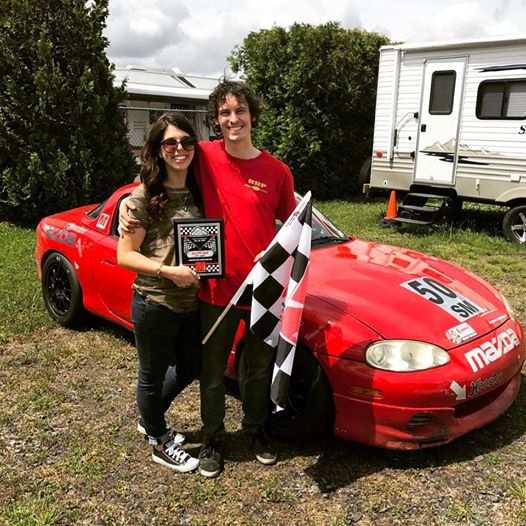 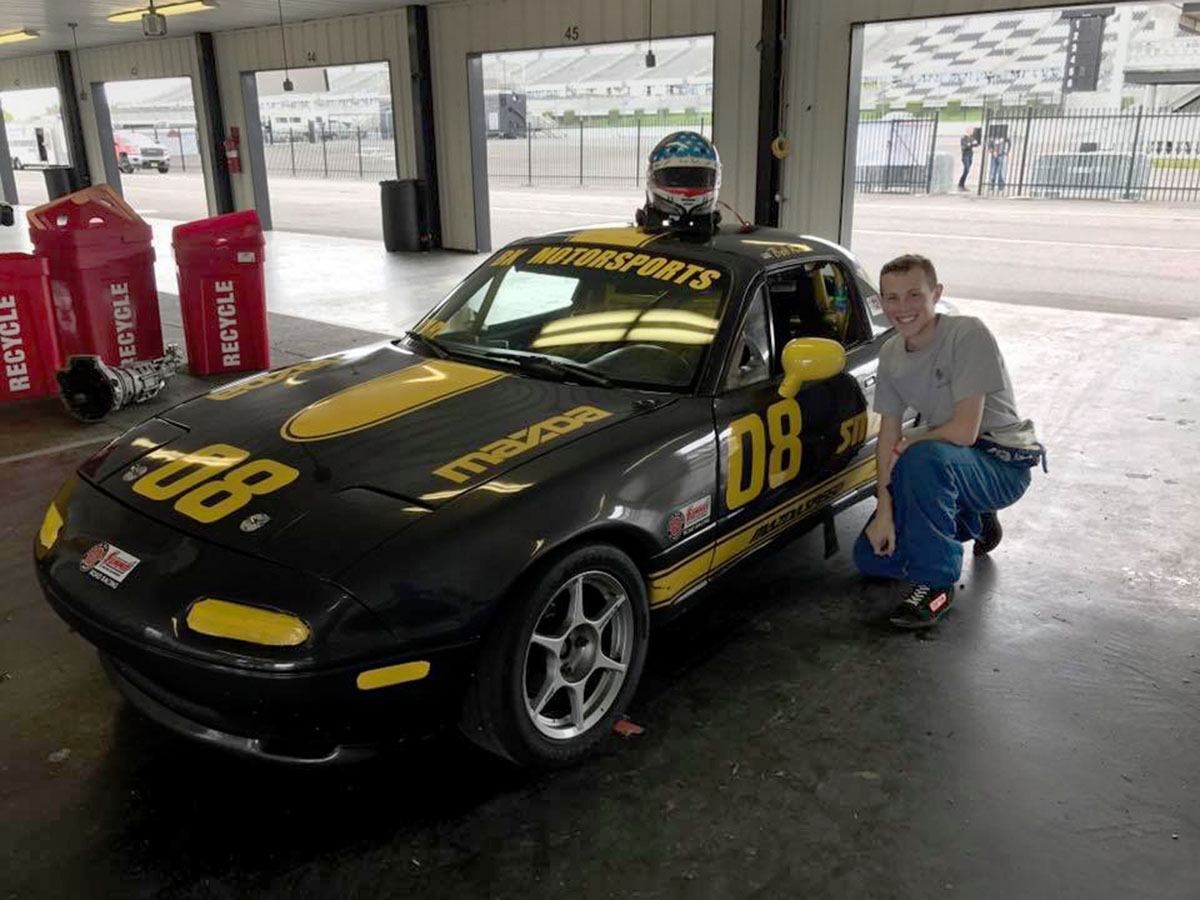 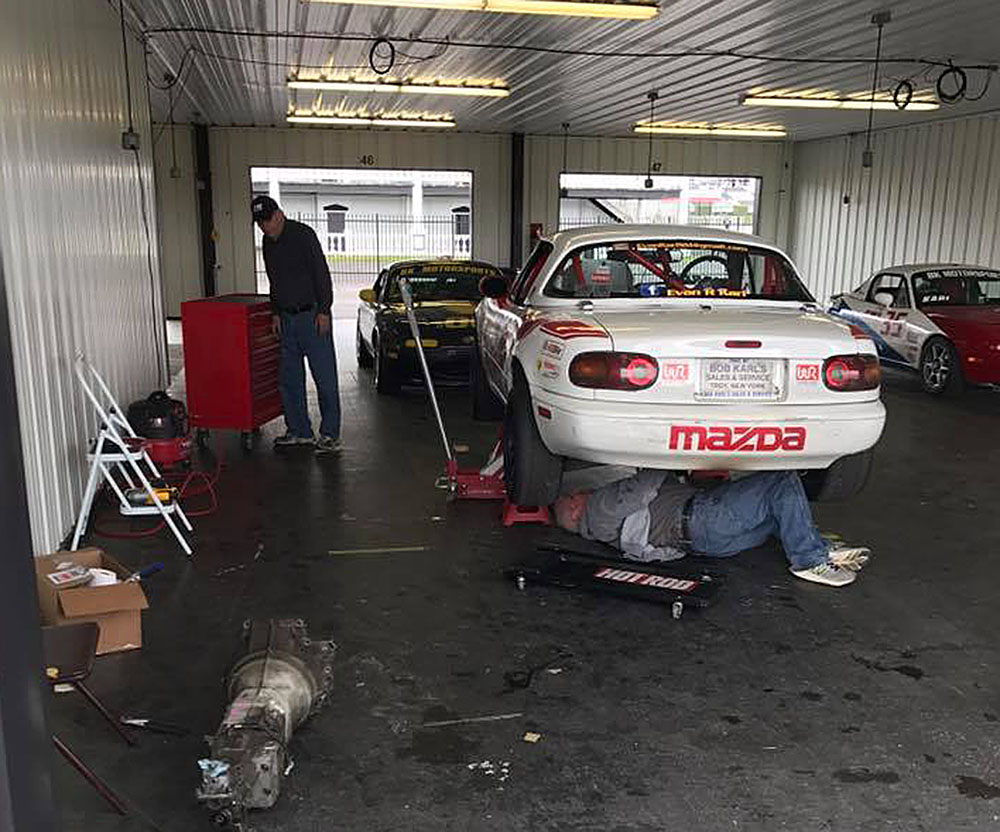 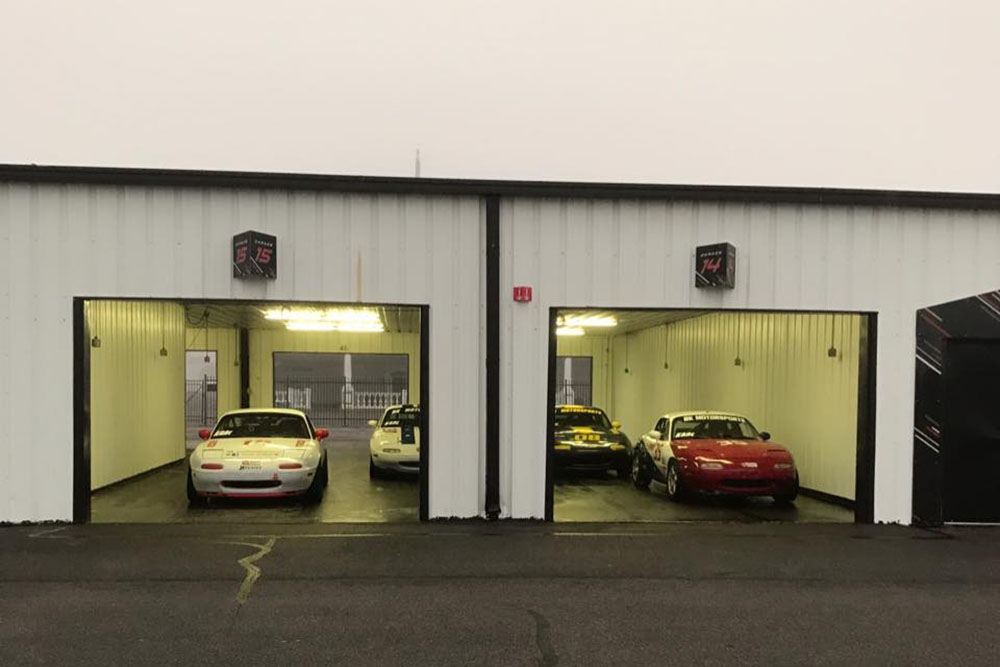 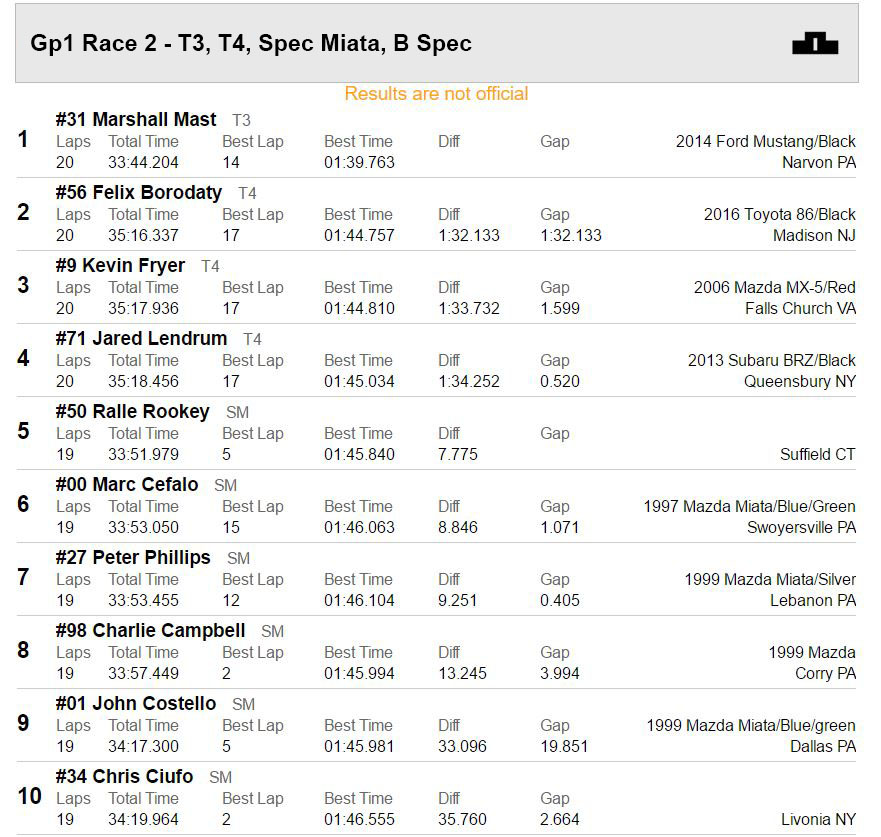 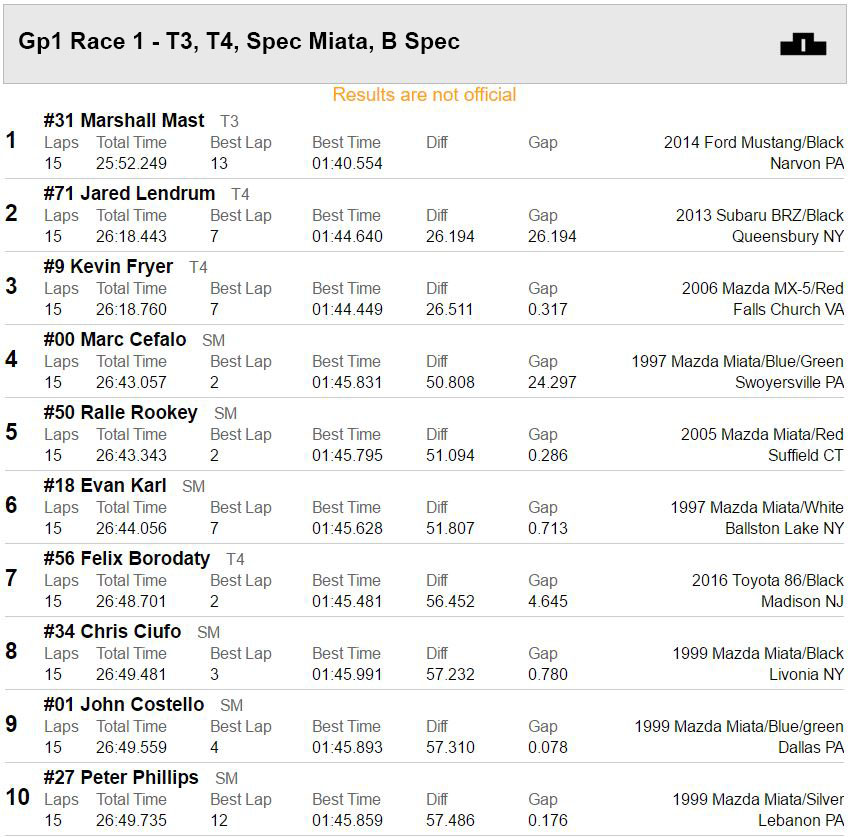 Several Rossini drivers, including Ralle Rookey, Evan Karl, and Chris Cuifo made the journey to Pocono for the 2017 Joe DeLuca & Linda Gronlund Majors.

For young Evan Karl it was a weekend to forget. Despite being the fastest Spec Miata in every session in his NA 1.8 on all three days, and starting the race on pole, Evan just didn’t get the breaks. He replaced a broken gearbox, fell back and finally finished 3rd on Saturday, and then on Sunday had an off that got him airborne and resulted in damage.

Ralle Rookey, however had a weekend to remember, finishing 2nd to Marc Cefalo in Race 1 and then finally winning his first SCCA Majors in Race 2 on Sunday, finishing ahead of Cefalo and Peter Phillips.

Congrats Ralle for breaking through and we look forward to more wins from you in the near future. Evan, don’t be too hard on yourself, this stuff happens, and you are getting your bad luck out of the way! Chris, you are knocking on the door.