Preston Pardus rises to the top in a deep, talented field at the NASA VIR Hyperfest this past weekend 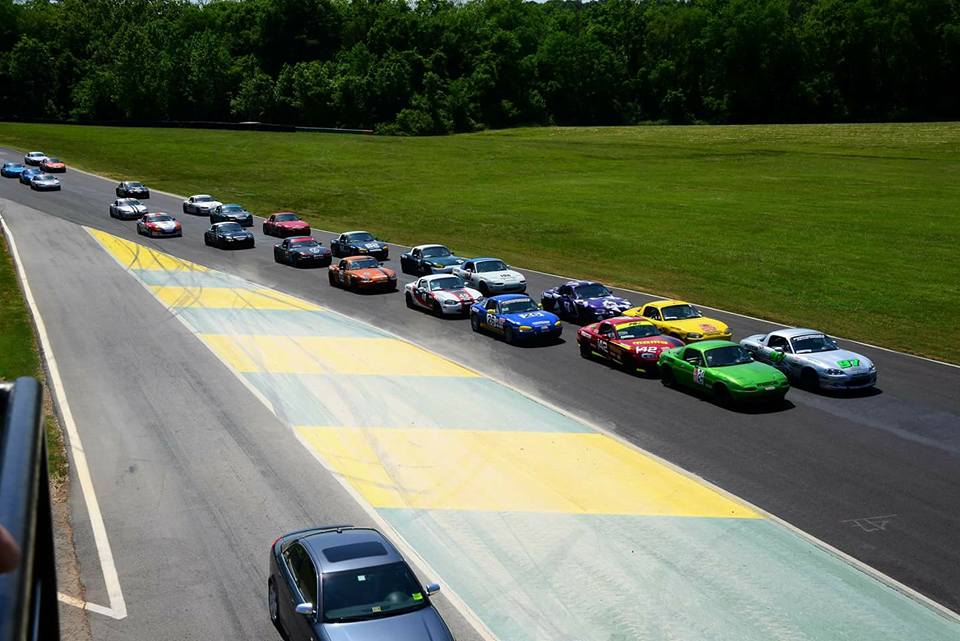 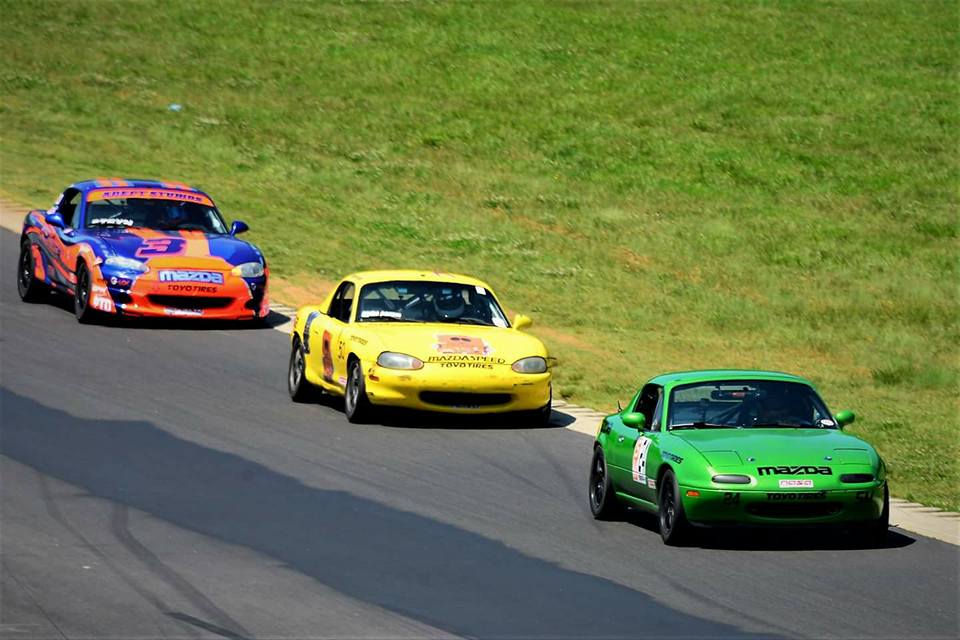 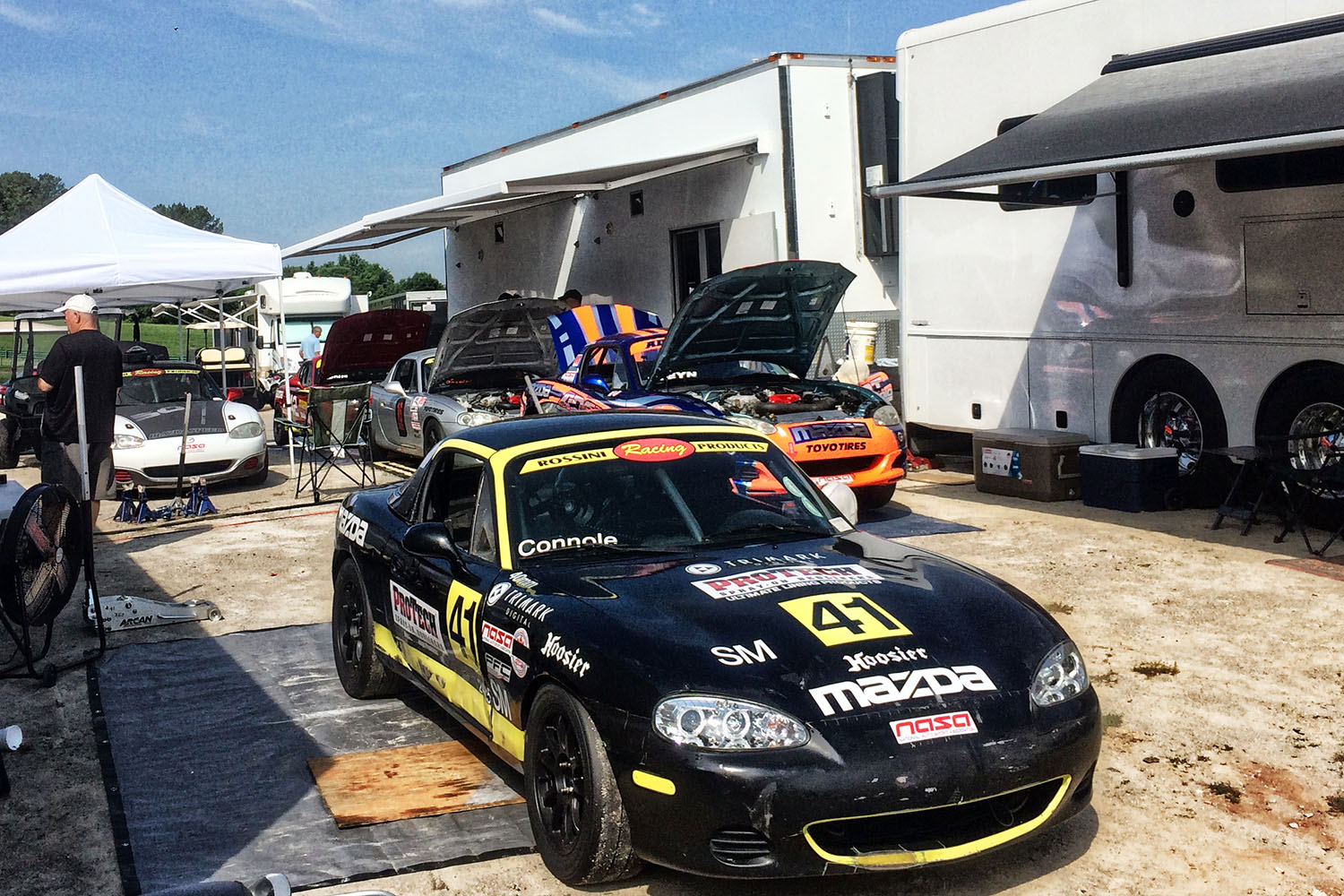 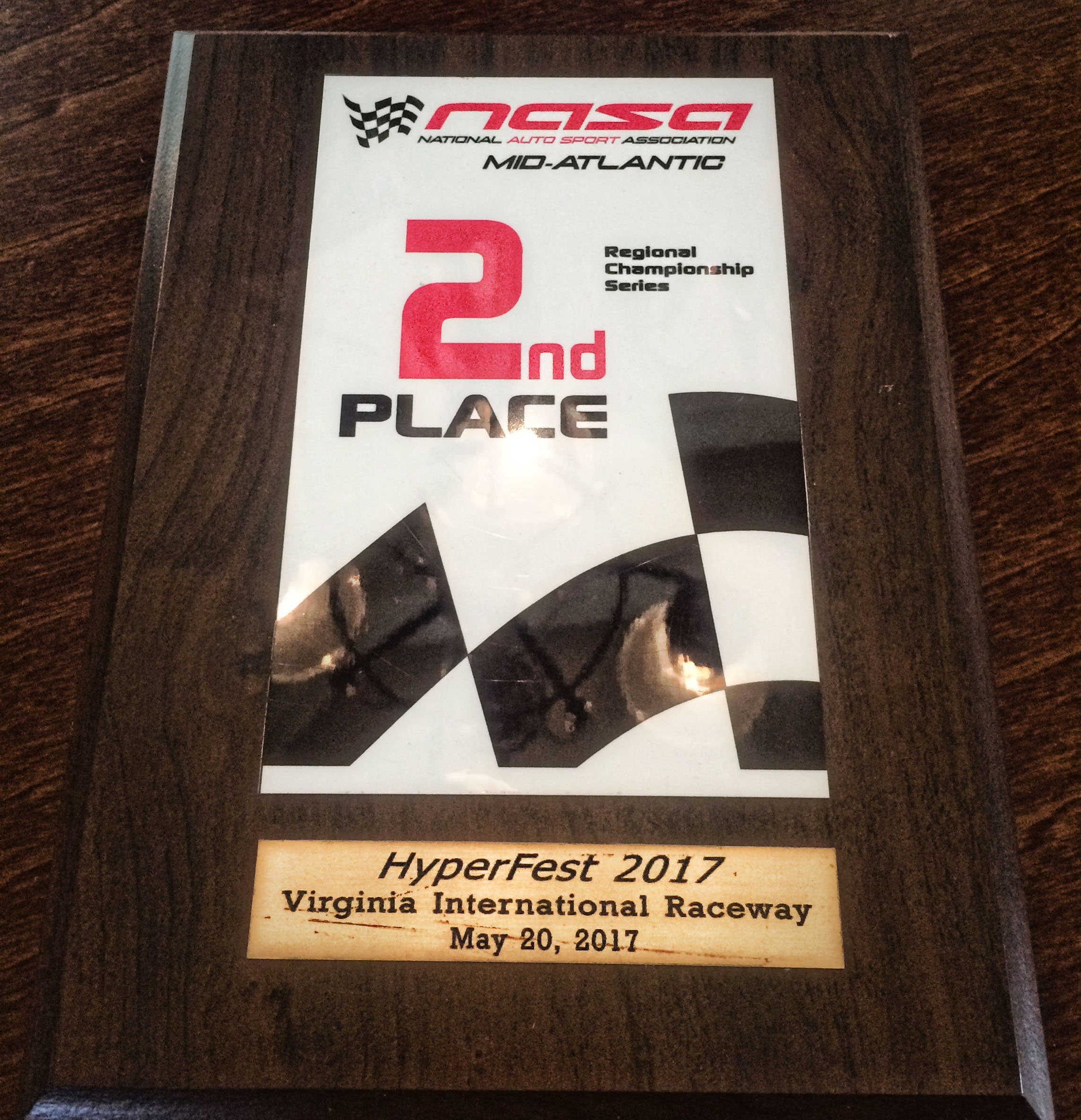 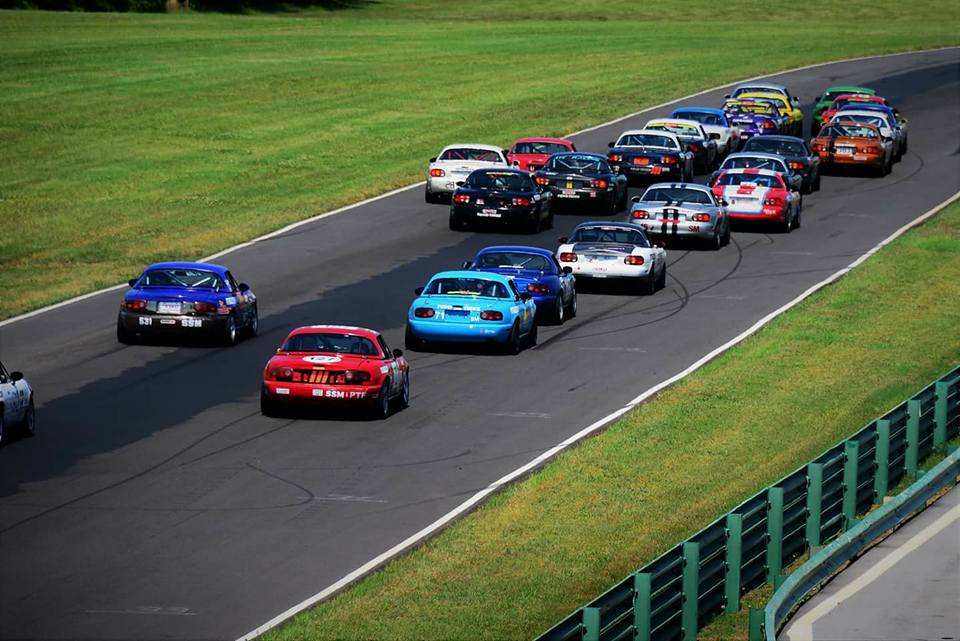 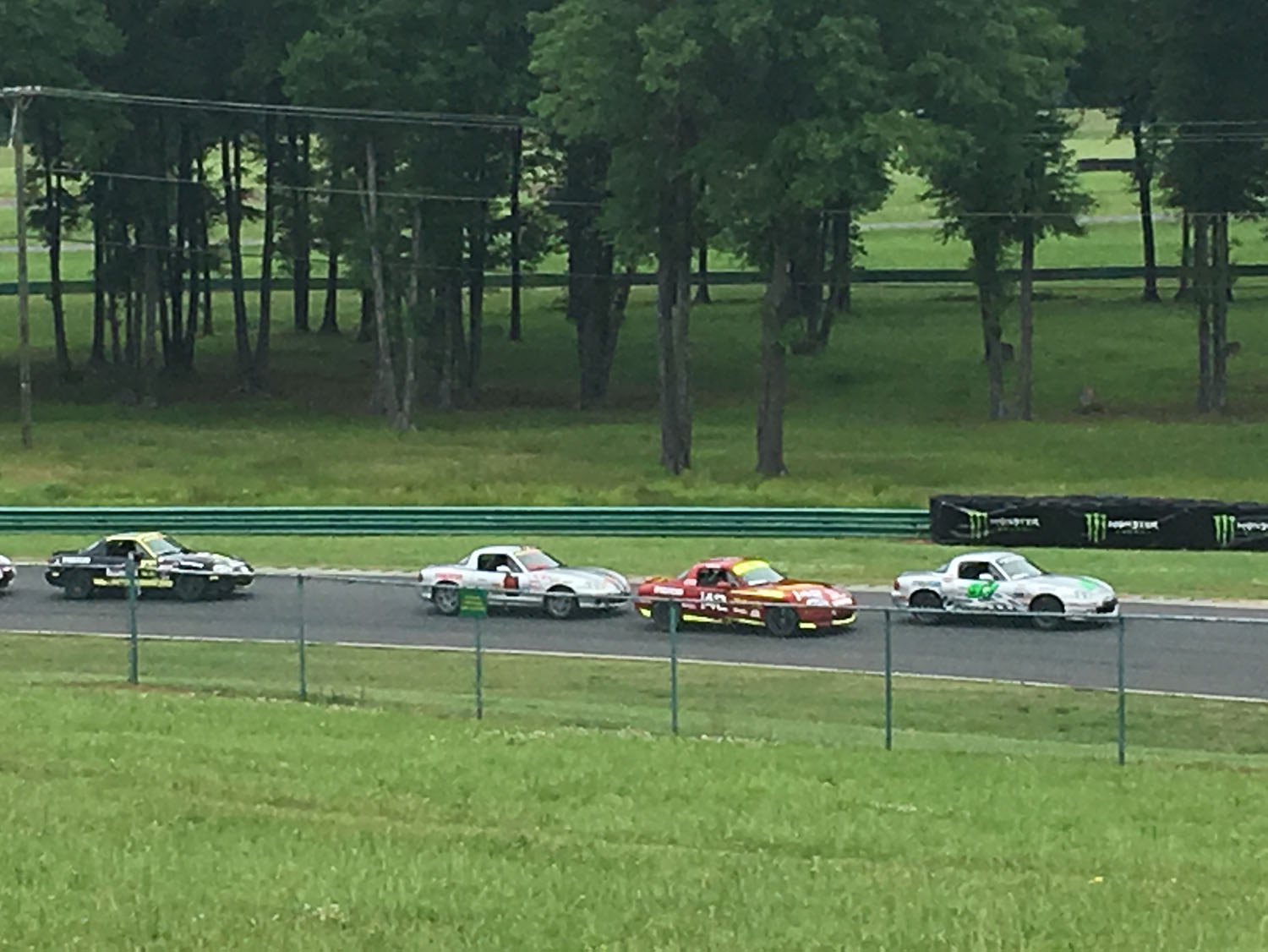 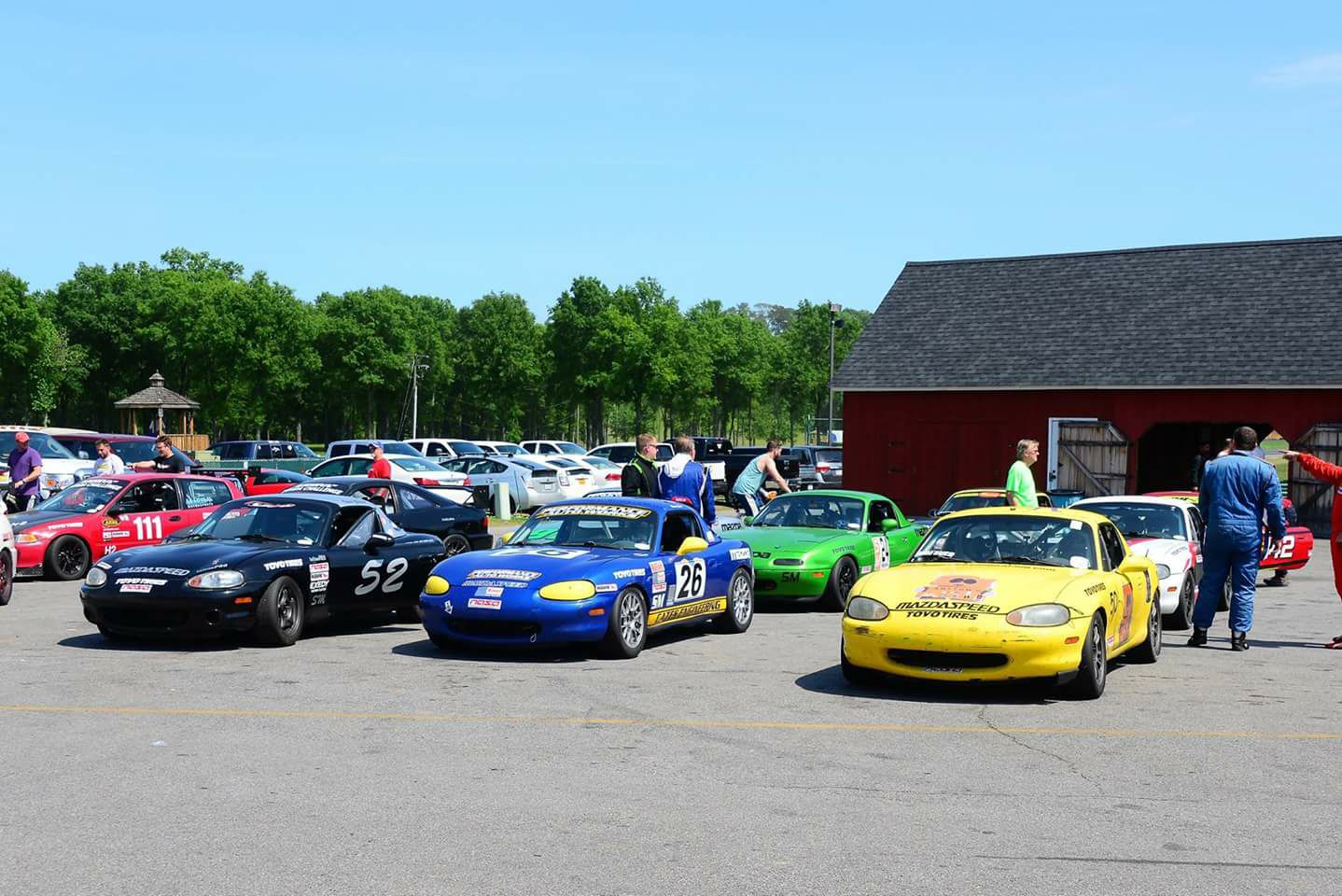 Rossini drivers were out in full force at the massive NASA Hyperfest at VIR this past weekend. This huge event features a full program of NASA racing and HPDE events, drifting, burnouts, helicopter rides and so much more and several thousand spectators attended the event.

In the Spec Miata field, more than 40% of all the drivers were Rossini powered, with some of the heavy hitters making the trip to VIR.
In qualifying, Rossini driver Aaron Johnson nabbed the pole for race 1, ahead of Brian Henderson and Rossini team mates Preston Pardus (3rd), Adam Molaver (4th) and Xavier Calderon (6th) . Danny Steyn suffered a brake failure putting him 18th on the grid.

In Lightning Race 1, a great race at the front ensued with Brian Henderson and Preston Pardus working together for the first few laps to build a lead and then started racing. Henderson made the pass on the last lap and it stuck, taking the top spot ahead of Preston Pardus and Brian Cates. Rossini powered drivers Aaron Johnson finished 4th, Adam Molaver 5th, Danny Steyn 6th and Jason Connole 7th.

Sundays Lightning Race 2 started off with some amazing wheel to wheel racing with drivers who totally trust each other. Steyn pushed Pardus to the lead with Henderson in 2nd, but Henderson got by on the inside of T3. Henderson missed his shift exiting turn 5 allowing Steyn to push Pardus past him. The first 6 drivers went through the uphill esses side by side, flat out, never lifting and never touching, with total trust in their competitors. Absolutely amazing! Something you will never see in another class.

On the back straight Henderson got freight trained by the Rossini gang of Pardus Steyn and Connole. Once Steyn go to Pardus bumper they quickly pulled away, just as Steyn’s alternator called it a day and he had to withdraw.

Pardus went on to win with Henderson fighting a brave battle to come from behind and finish 2nd. Connole finished 3rd, Molaver 5th, Culley 6th and Calderon 10th.

All in all a great weekend and a MUST-ATTEND event for next year. Thanks to all our drivers who represented us so well this weekend.