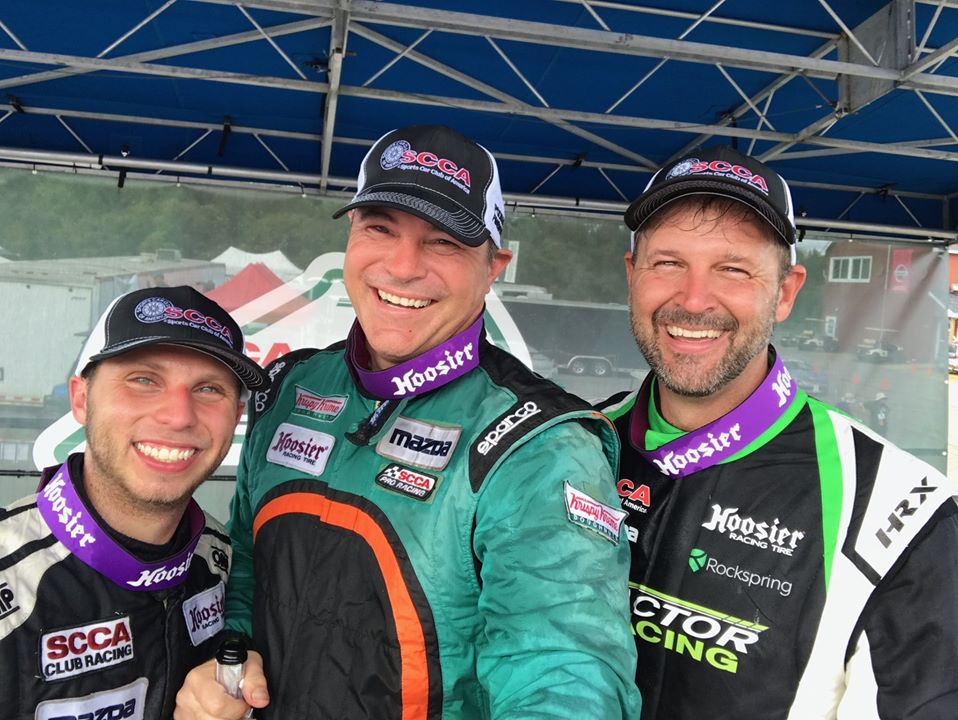 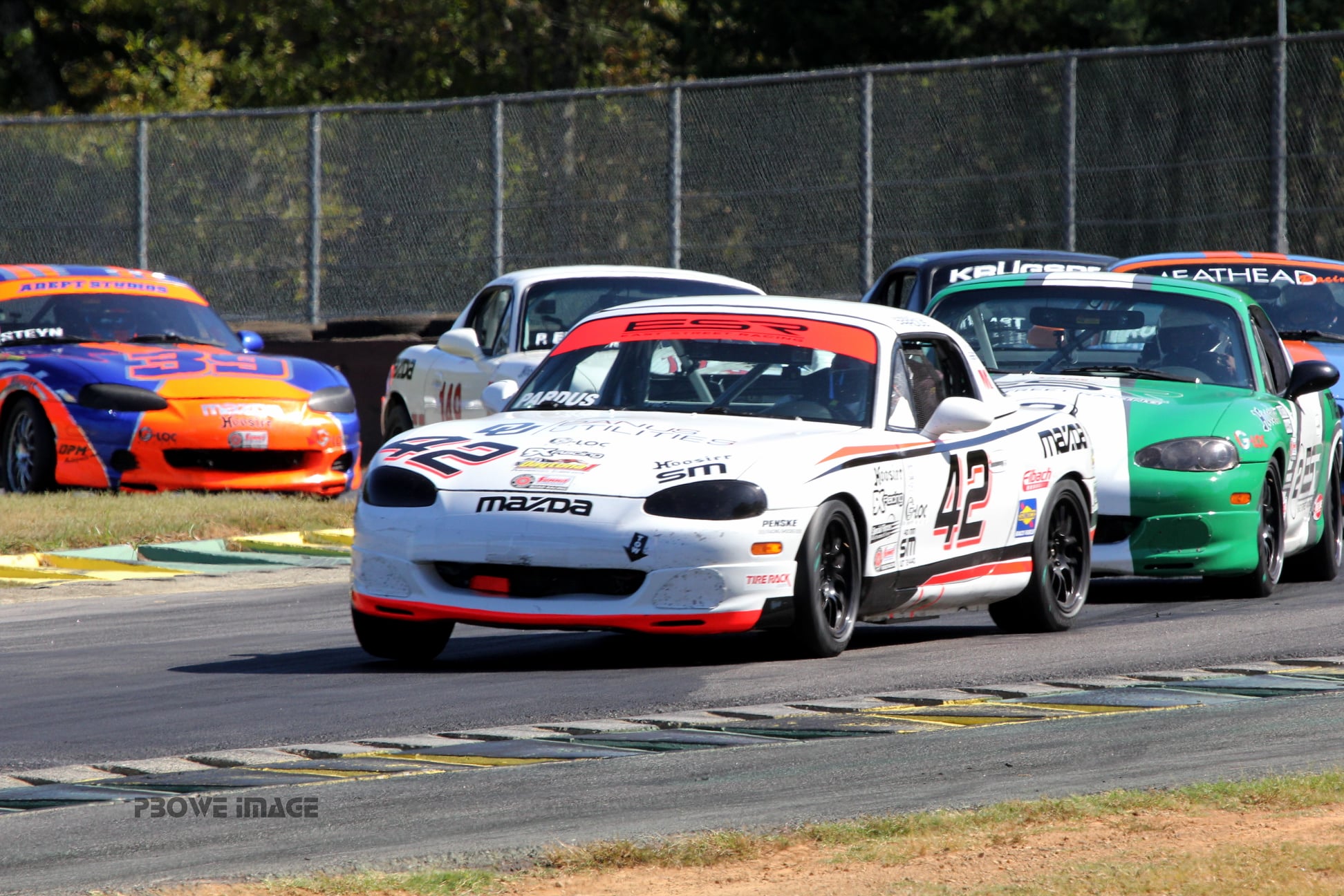 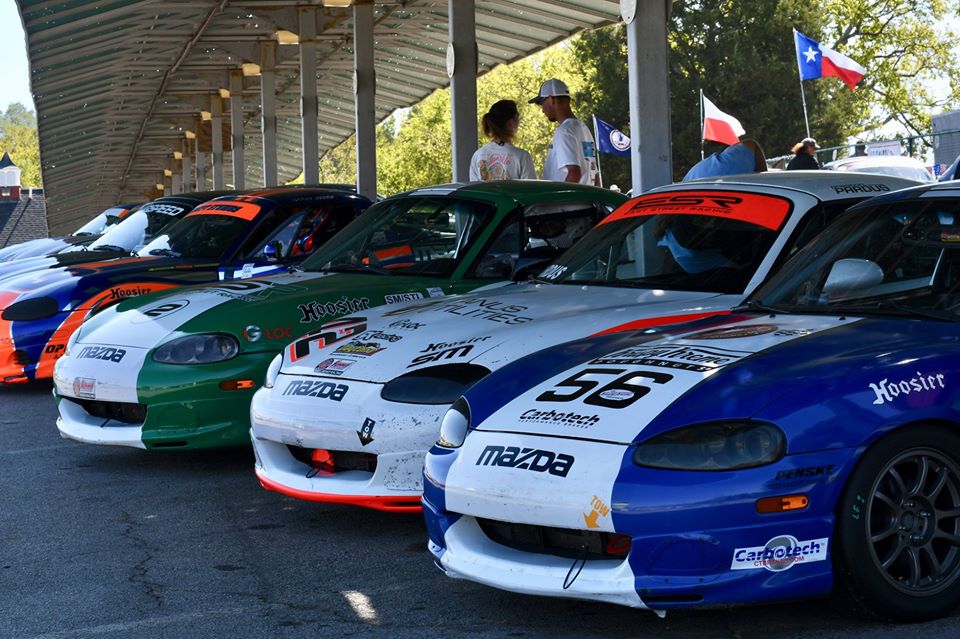 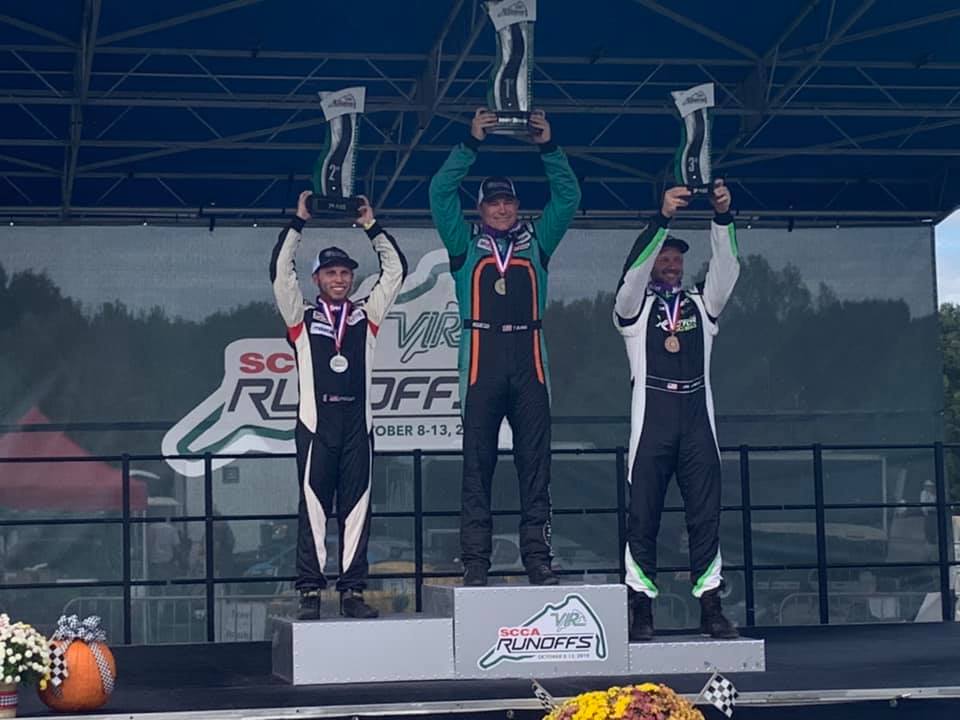 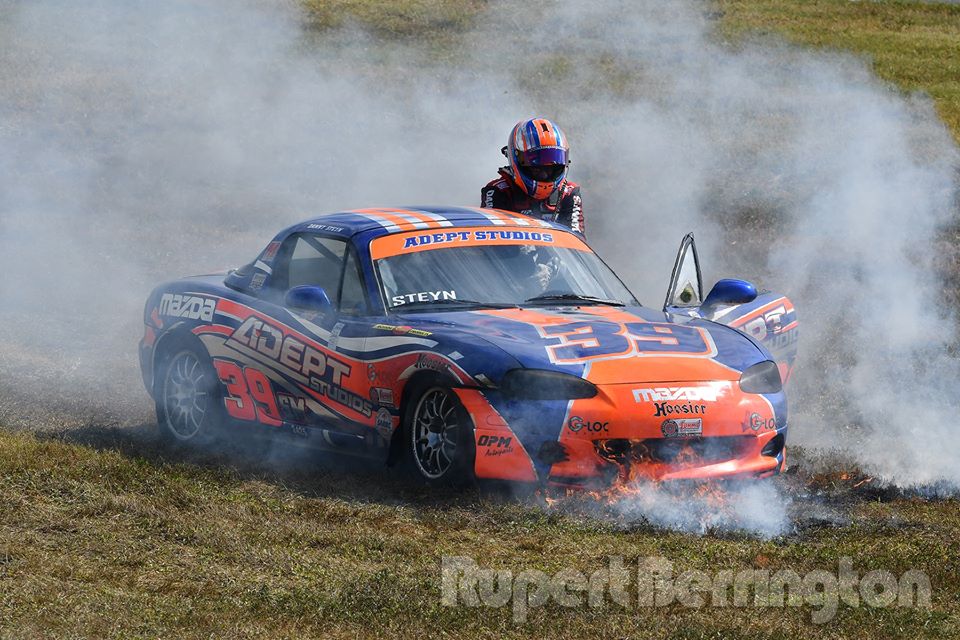 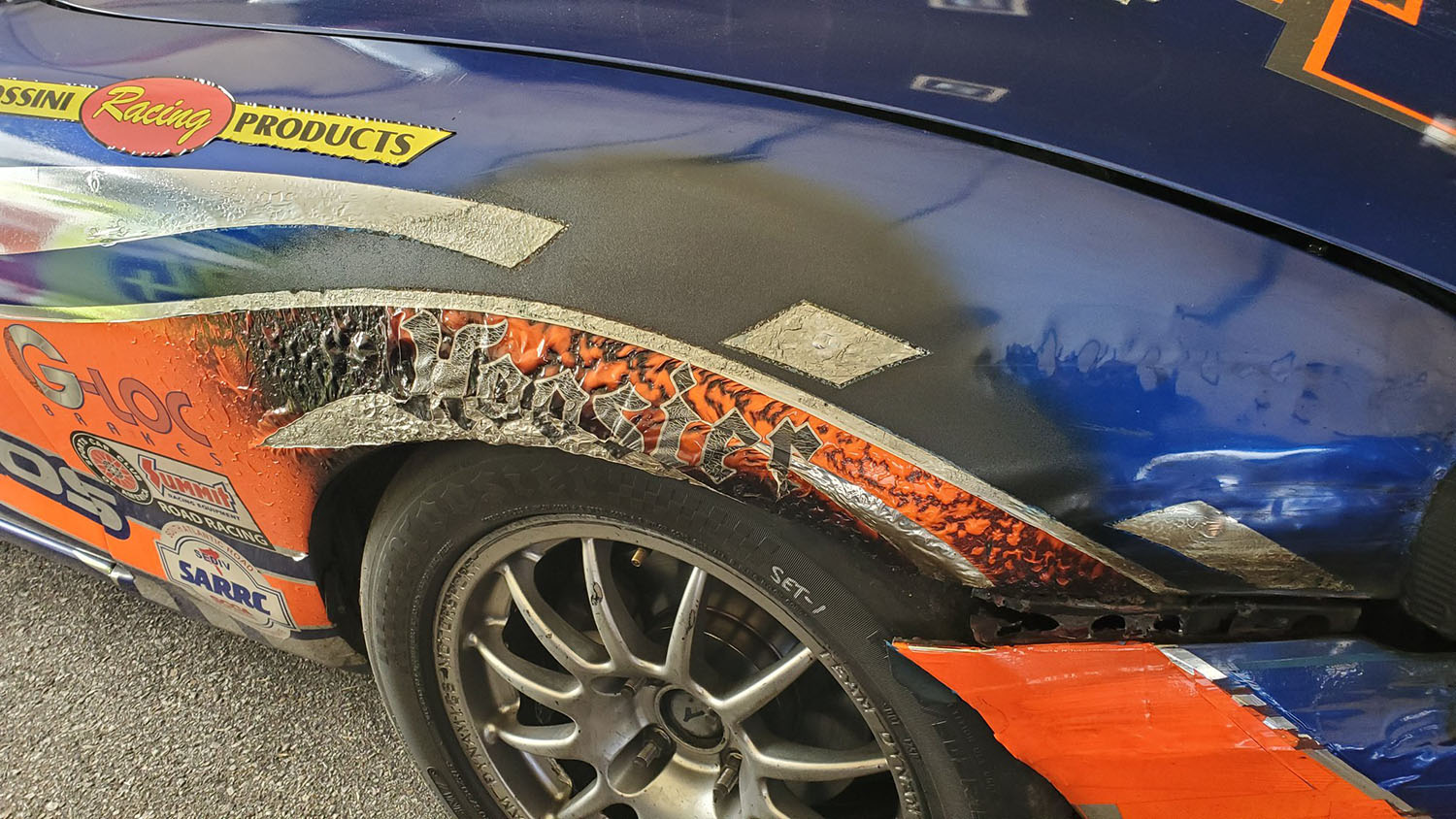 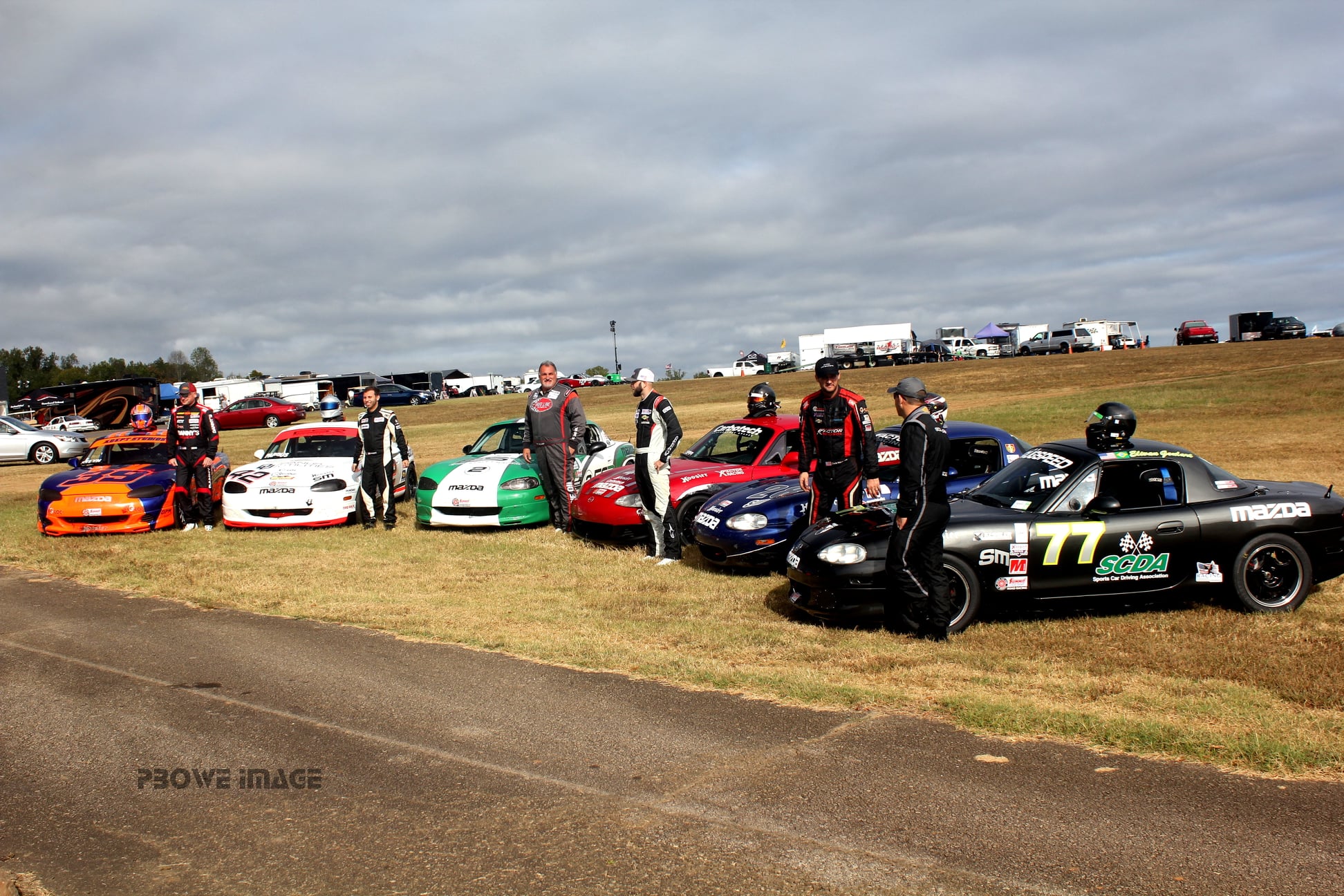 Epic Spec Miata race at the 2019 Runoffs at VIR

The SCCA Runoffs are the pinnacle in all of US Club Racing. The very best drivers from all around the country converged this year at the iconic VIR Raceway in Virginia to contest for the coveted National Runoffs Title.

In the Spec Miata field, amongst the 61 drivers were several Rossini powered drivers, including Danny Steyn who had been chosen by SportsCar Magazine as the favorite to win the race, Jonathan Davis, Joe Tobin, Michael Travers and others.

During testing, Steyn and Davis had been putting in some consistent times in the top 10, and by the time the 3rd qualifying session was over and the final grid was set, Steyn was starting in 8th and Davis in 9th. Tobin didn’t have his best qualifying session and started in 41st position. Todd Buras, Put his car on the pole, followed by 2018 Runoffs Champ Preston Pardus, and two time Runoffs Champ Jim Drago.

As expected, the Spec Miata race, which is always tightly contested, was even more of a strategy race than normal due to the concertina effect with racers spreading out in VIR’s three long 5th gear straights, and then compacting back again in the tight 3rd gear corners.

Rossini team mates Steyn and Davis were running handily in the top 10 when Steyn had to pull off with no drive and his car burst into flames with a fuel leak. Steyn fortunately got out safely and the fire was extinguished but his exit left Jonathan Davis to battle it out on his own against the well-oiled East Street team.

Todd Buras was able to hold onto his lead and emerged triumphant with his first SCCA Runoffs win. Preston Pardus hung on for 2nd and Michael Ross was able to get past Brian Henderson on the last lap to grab hold of the last podium spot.
Jonathan Davis finished a well-deserved 7th, and Joe Tobin had a stellar drive, moving up from 41st to 26th. Michael Travers finished 41st

While the results were not quite what we were looking for, we can look back on a fun 10 days of racing at an epic track with some of the very best drivers in the country, and knowing we were always in the hunt is still a pretty damn decent spot to be in.