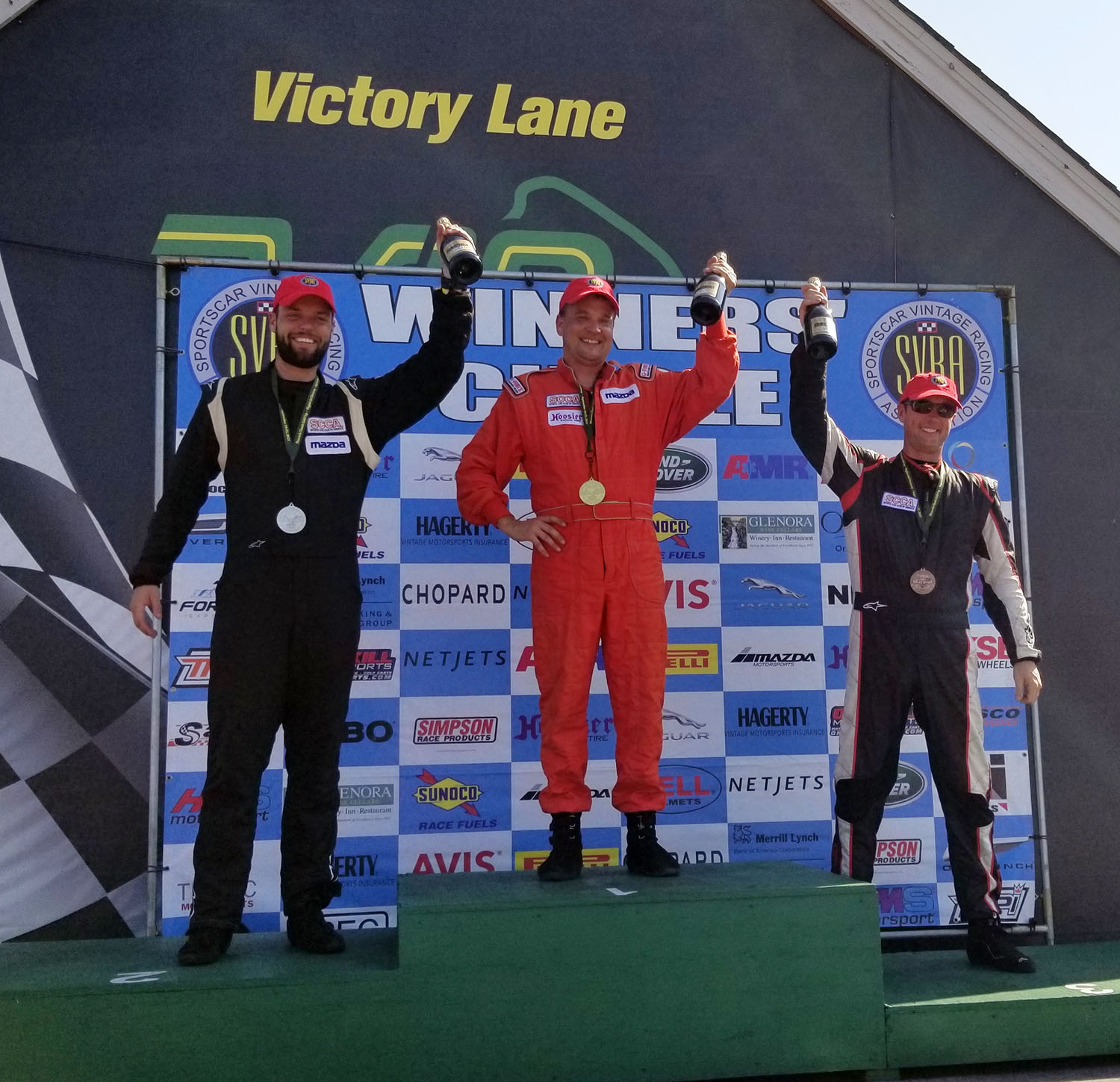 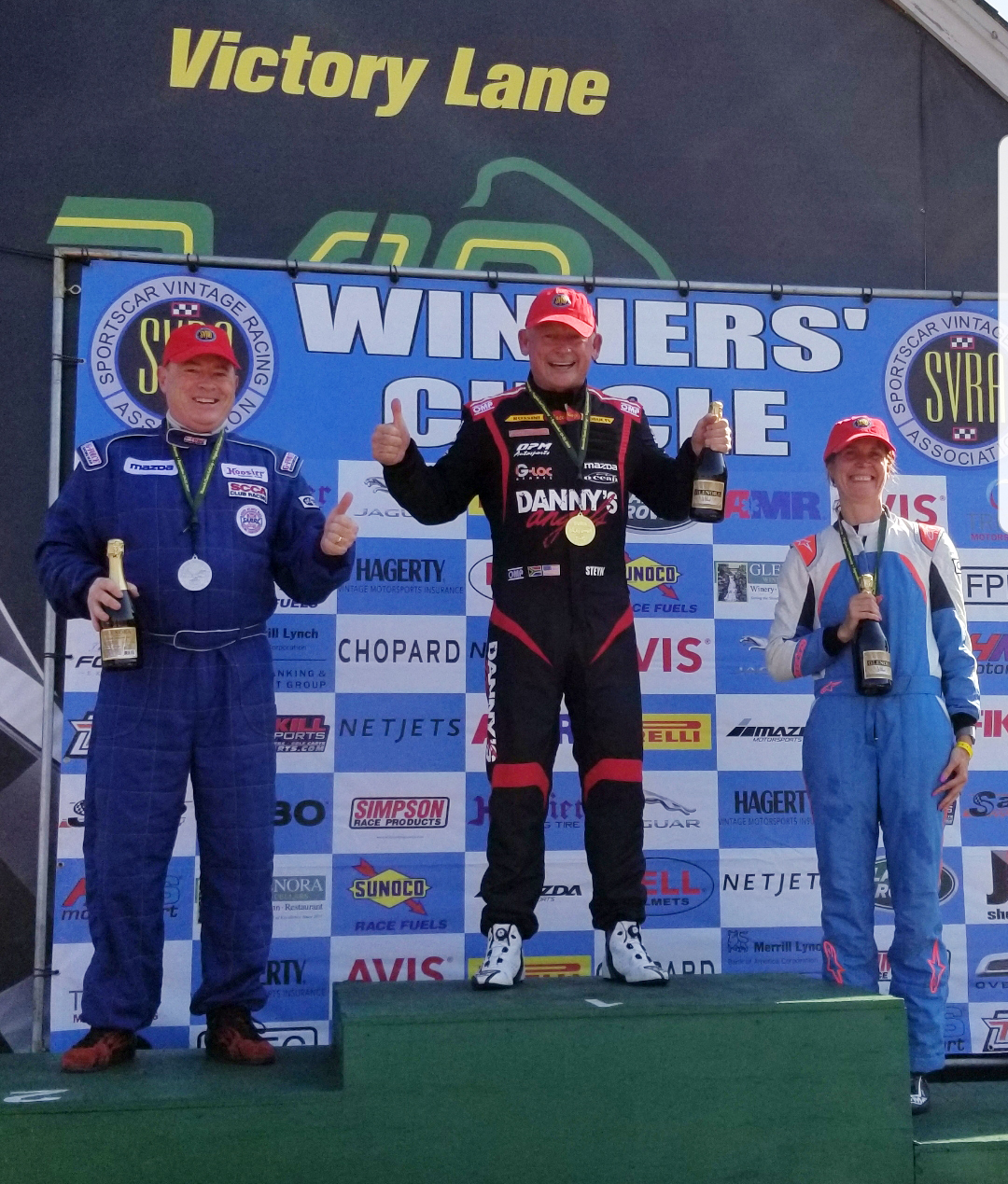 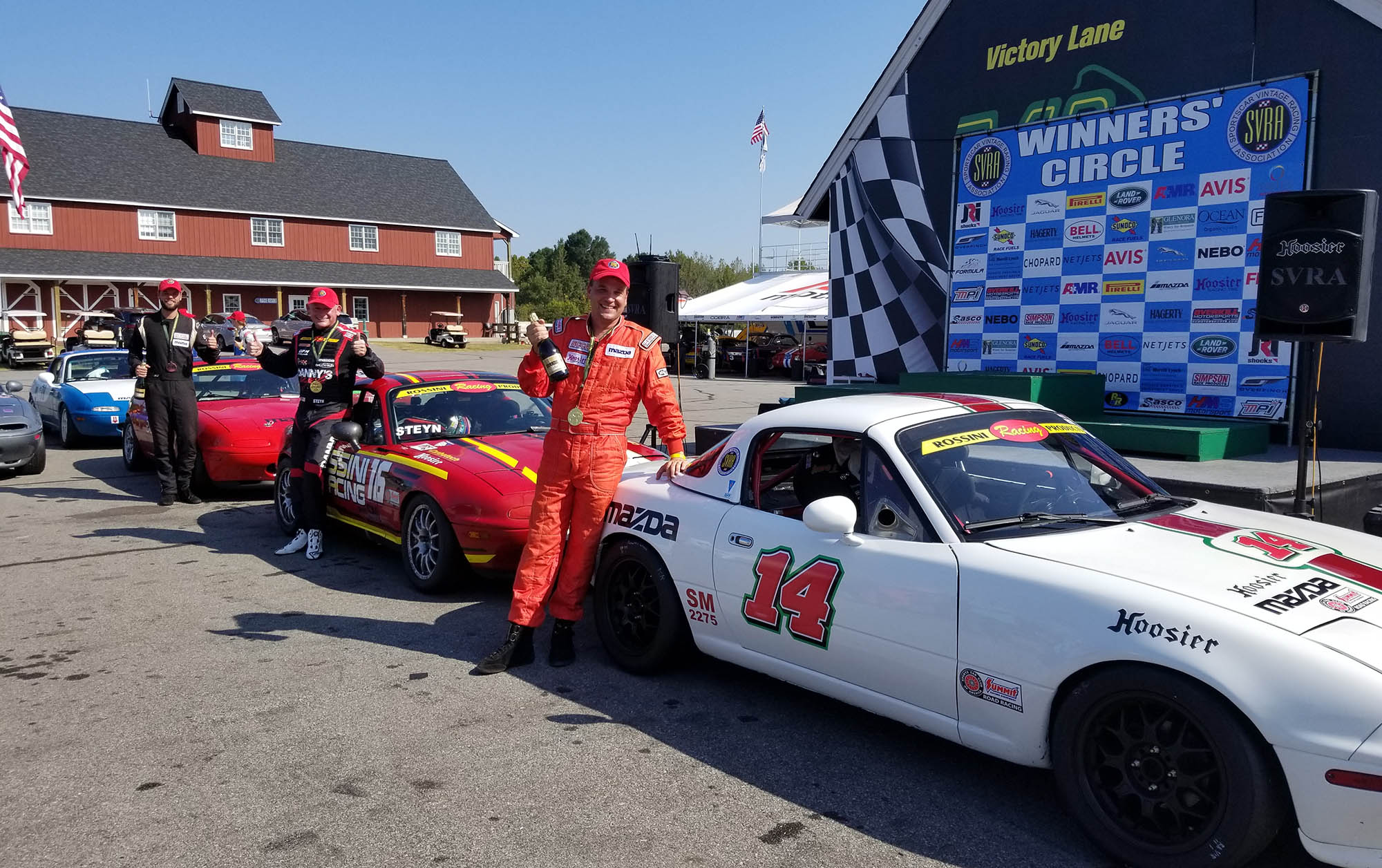 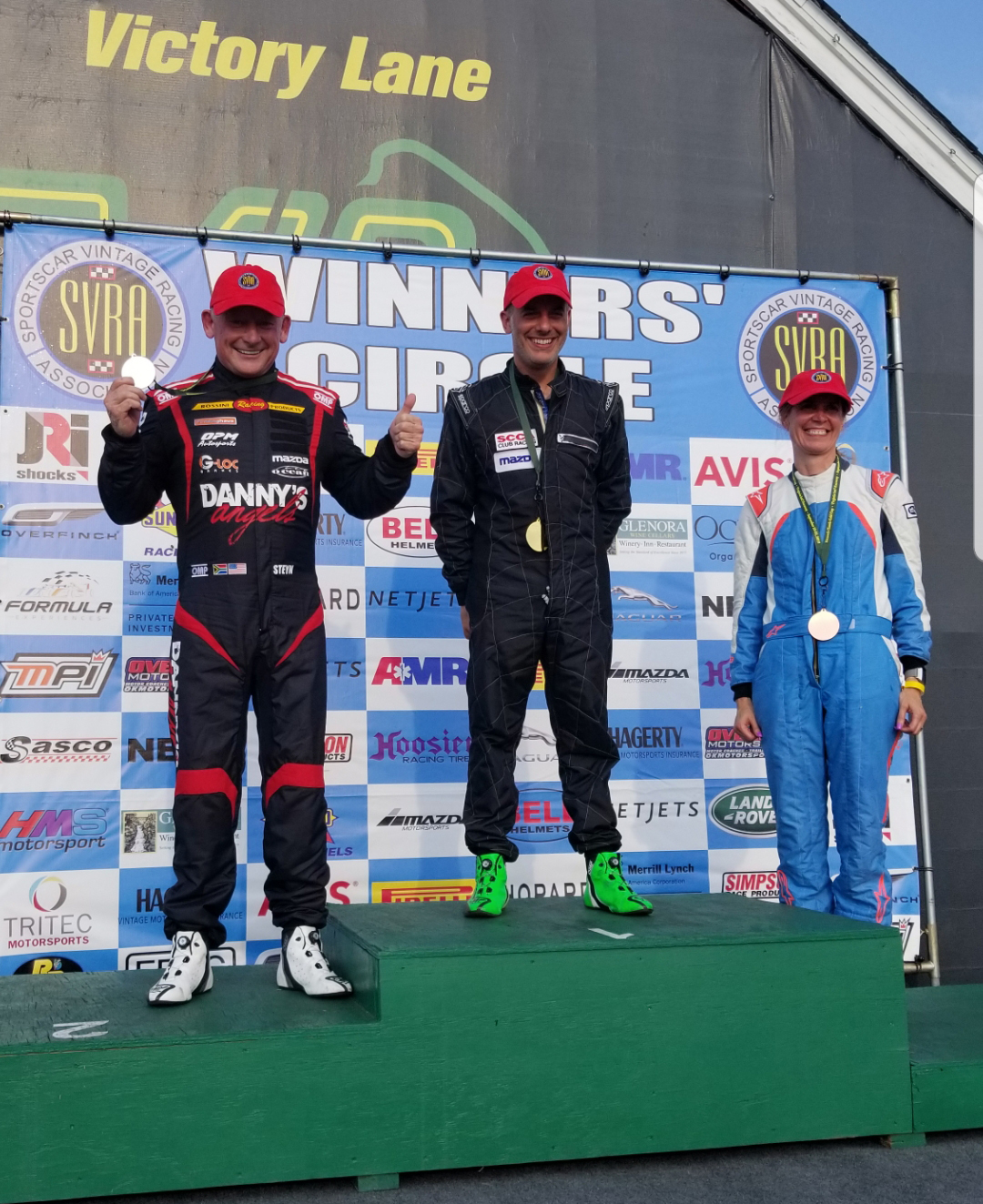 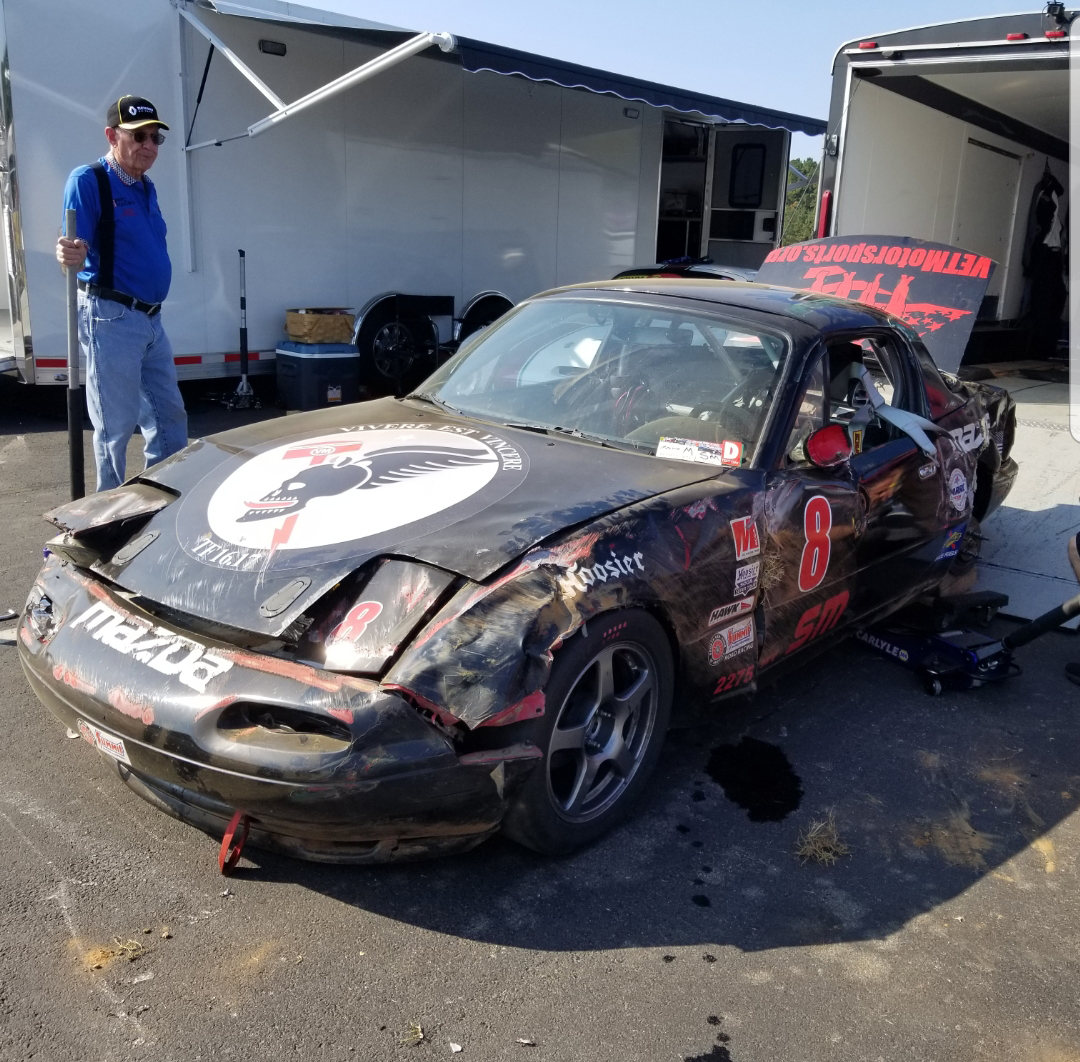 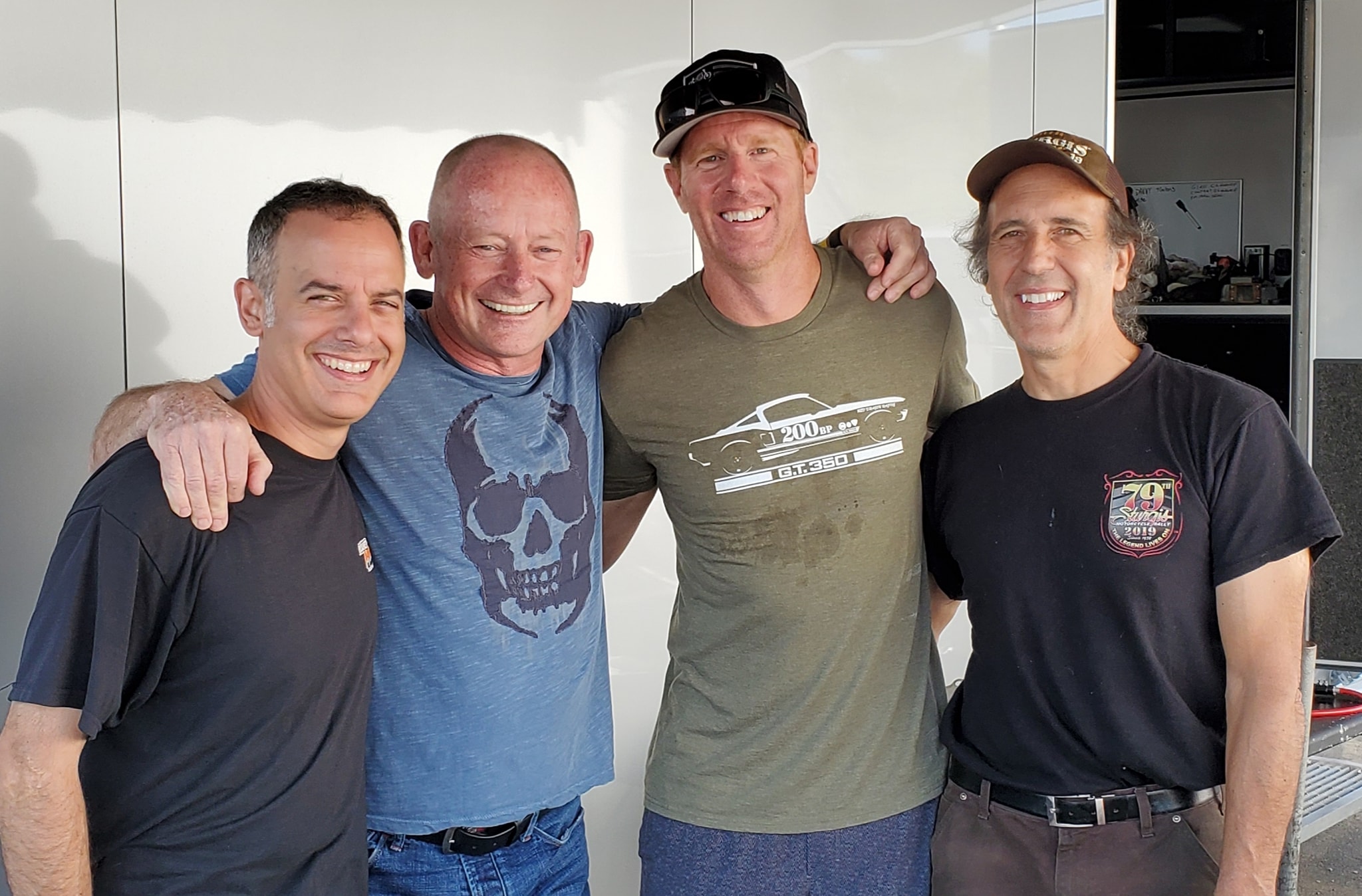 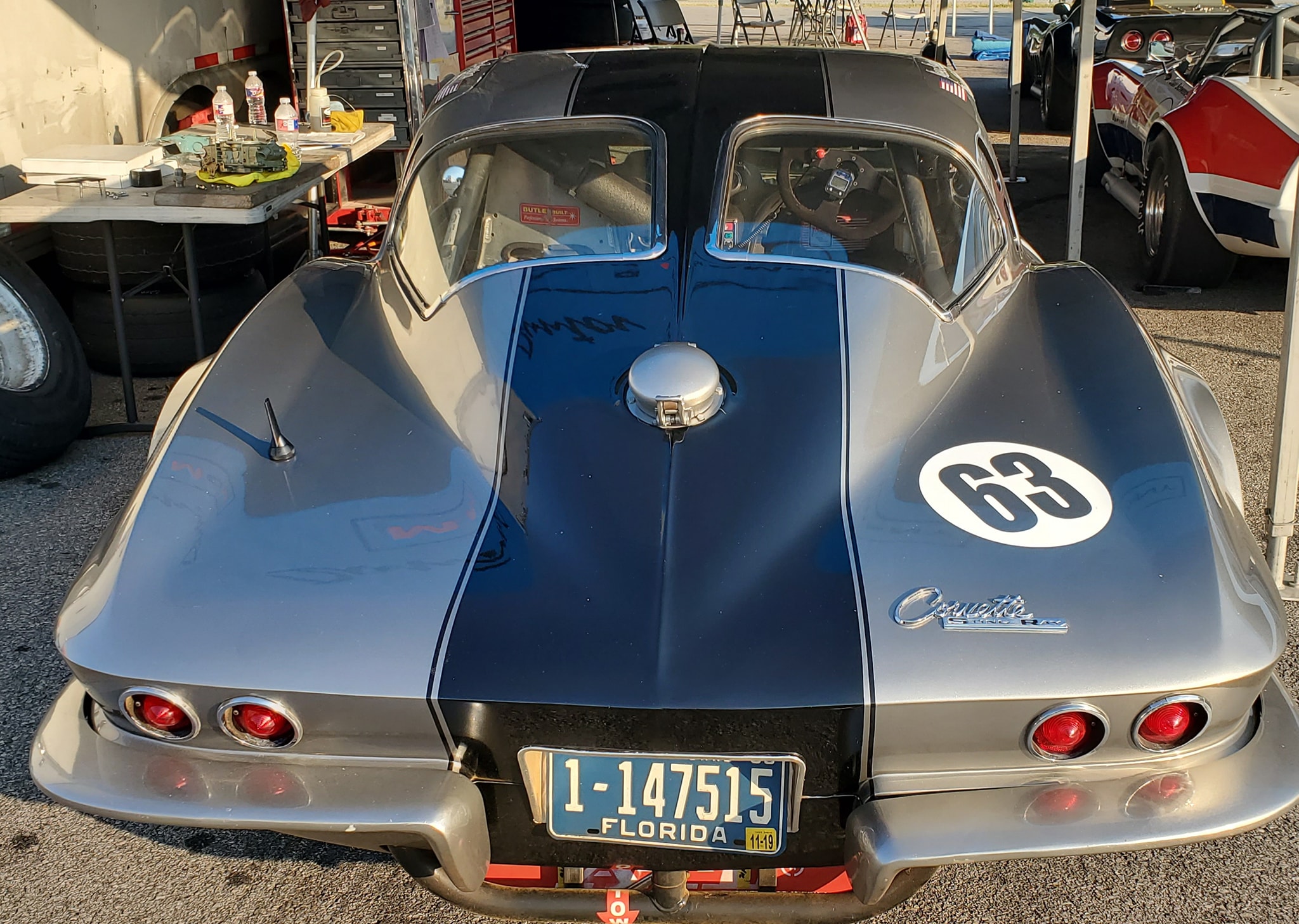 For the past two years, due to an initiative from Mazda, NA 1.6 and 1.8 cars are now able to compete in both HSR and SVRA sanctioned events and many Spec Miata drivers have enjoyed the opportunity to race their cars surrounded by some very high end and exotic machinery, and legendary race car drivers such as Al Unser Jr, Boris Said and more.

This past weekend, SVRA hosted the Heacock Classic Gold Cup and more than 20 Spec Miata drivers joined in the festivities, running in the Mazda Heritage class. Several drivers were taking the opportunity to test their cars and sharpen their skills ahead of the SCCA Runoffs due to be held at the same track in just a couple of weeks.

Mar Cefalo in his 1.8 and Rossini drivers Patrick McGovern and Anthony Fornetti in their 1.6’s were the fast cars all weekend, and Danny Steyn running in Mike Rossini’s personal 1.8 was a little off the pace.

In Fridays Q1 session, Mar Cefalo took the pole with McGovern less than 3/10ths behind. Fornetti was in 3rd with Steyn 4th. Cefalo ensured he started on the pole when he also took Saturday’s shortened Q2 session with a 2:17.076 well ahead of Fornetti and Steyn.

During this session, Mc Govern unfortunately put a wheel off at the bottom of Hog Pen, and came across the track, headed up into the Armco barrier and barrel rolled fortunately coming to rest on his wheels. The session was instantly red flagged and fortunately McGovern emerged from the scary wreck totally unscathed.

In Saturdays Race 1, Cefalo and Fornetti had a race long duel with Steyn hanging on for 3rd. Marc ended up with a solid win, Anthony finished 2nd, Steyn 3rd and Nicole Cooper-Cefalo finished 4th. In terms of podiums they SVRA separates 1.6 and 1.8 classes, so Rossini drivers Steyn finished 2nd on Saturday in the 1.8 class and Rossini drivers Fornetti, Derek Luney and Bailey Sigler locked out the podium in the 1.6 class.

Marc Cefalo felt that he had done enough testing and didn’t want to push his luck with his runoff’s car, so decided not to run on Sunday. Without Cefalo and McGovern, Steyn and Fornetti put on a show, passing each other multiple times every single lap. Behind them Sigler, Luney and Nicole were having a good race. On the track at the finish it was Fornetti, Steyn and Sigler for a Rossini 1-2-3.

In the 1.8 Class Steyn was first, Derek Luney 2nd and Nicole Cooper-Cefalo 3rd. In the 1.6 class, Fornetti won over Sigler and Ryan Moran.

All in all, a great weekend amongst great friends, super exciting cars, and many celebrity race car drivers. SVRA is fun place to play, and if you have an NA Mazda Miata, you need to dust it off and come and play. It sure is a lot of fun.