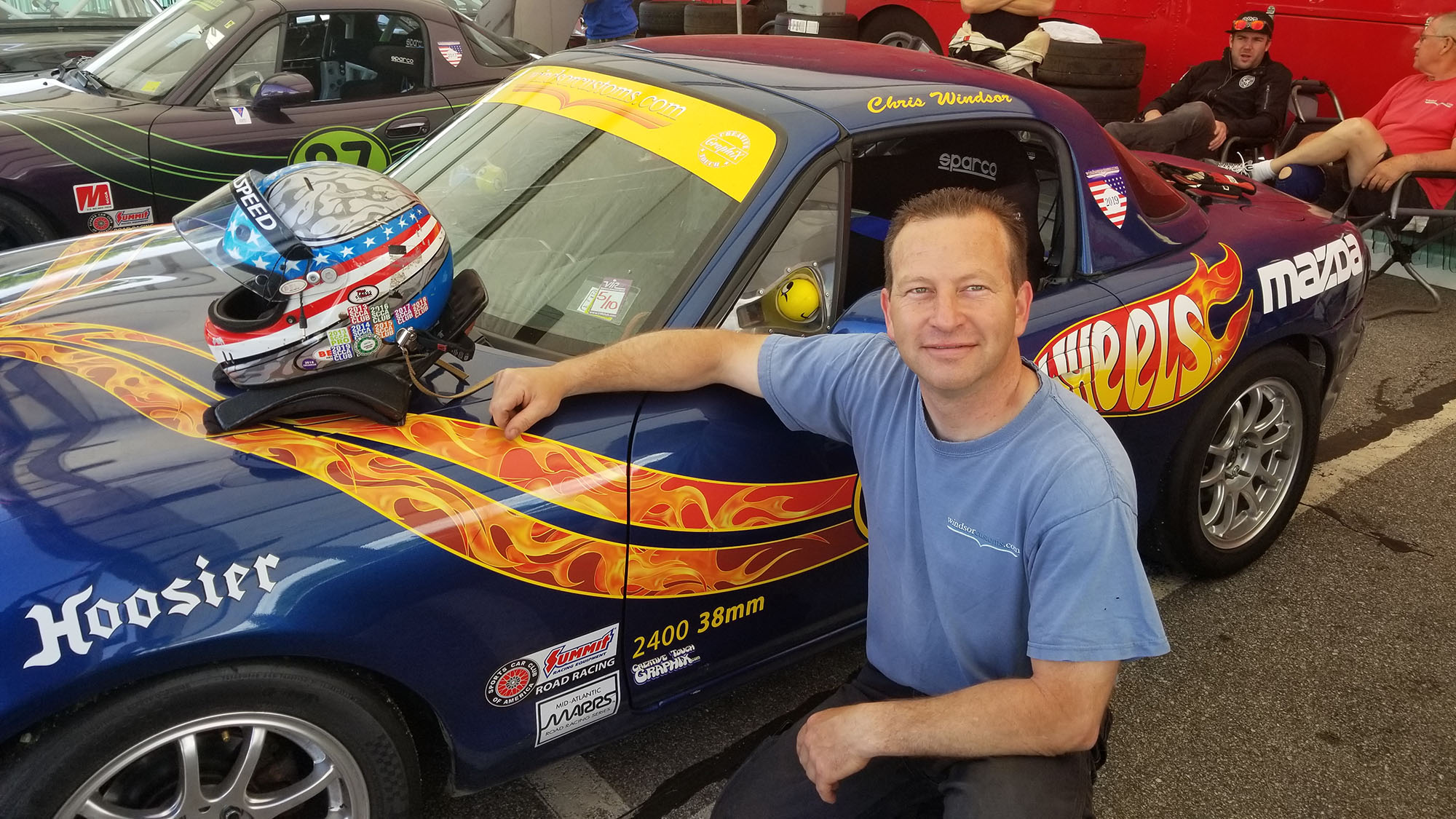 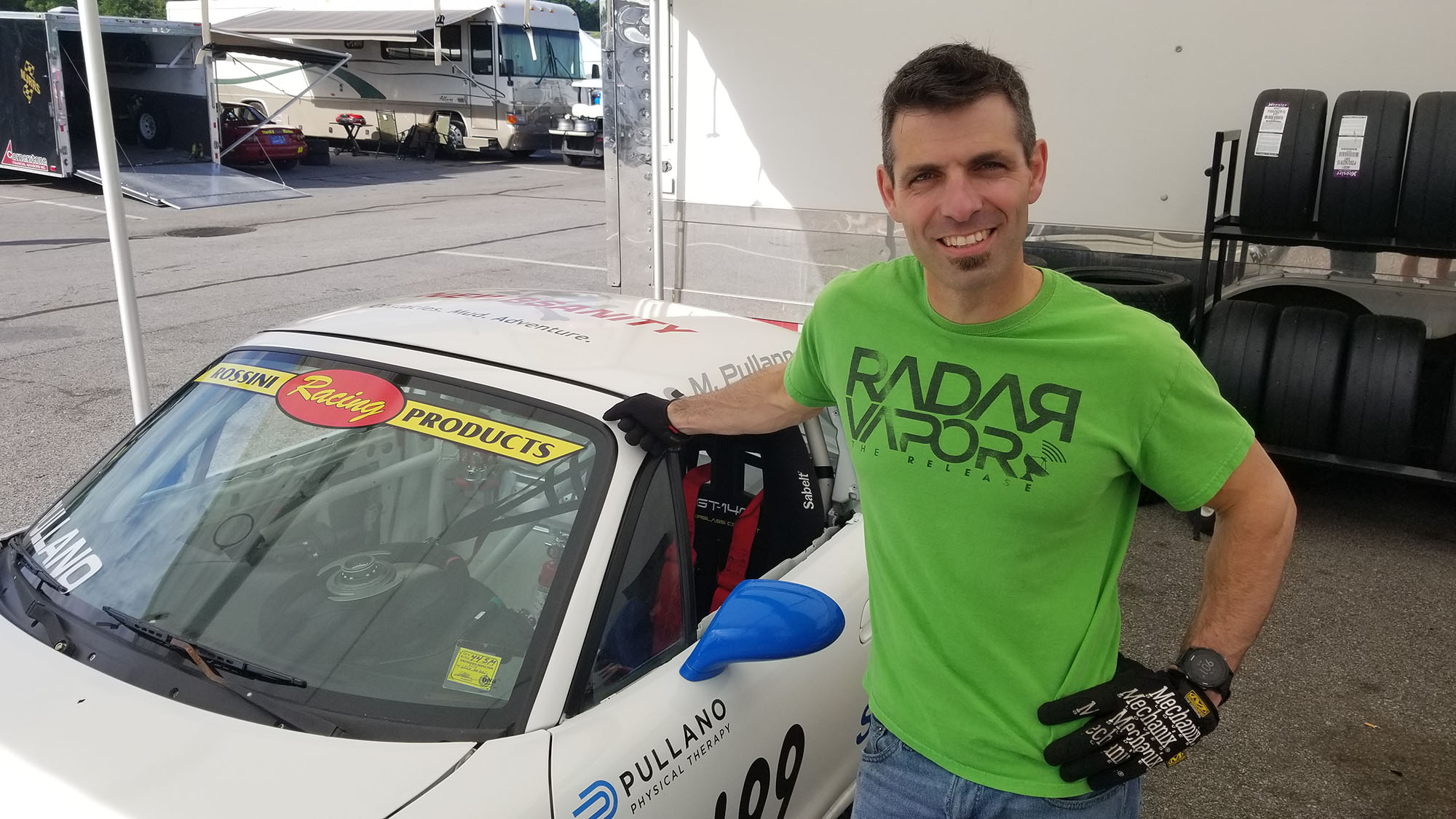 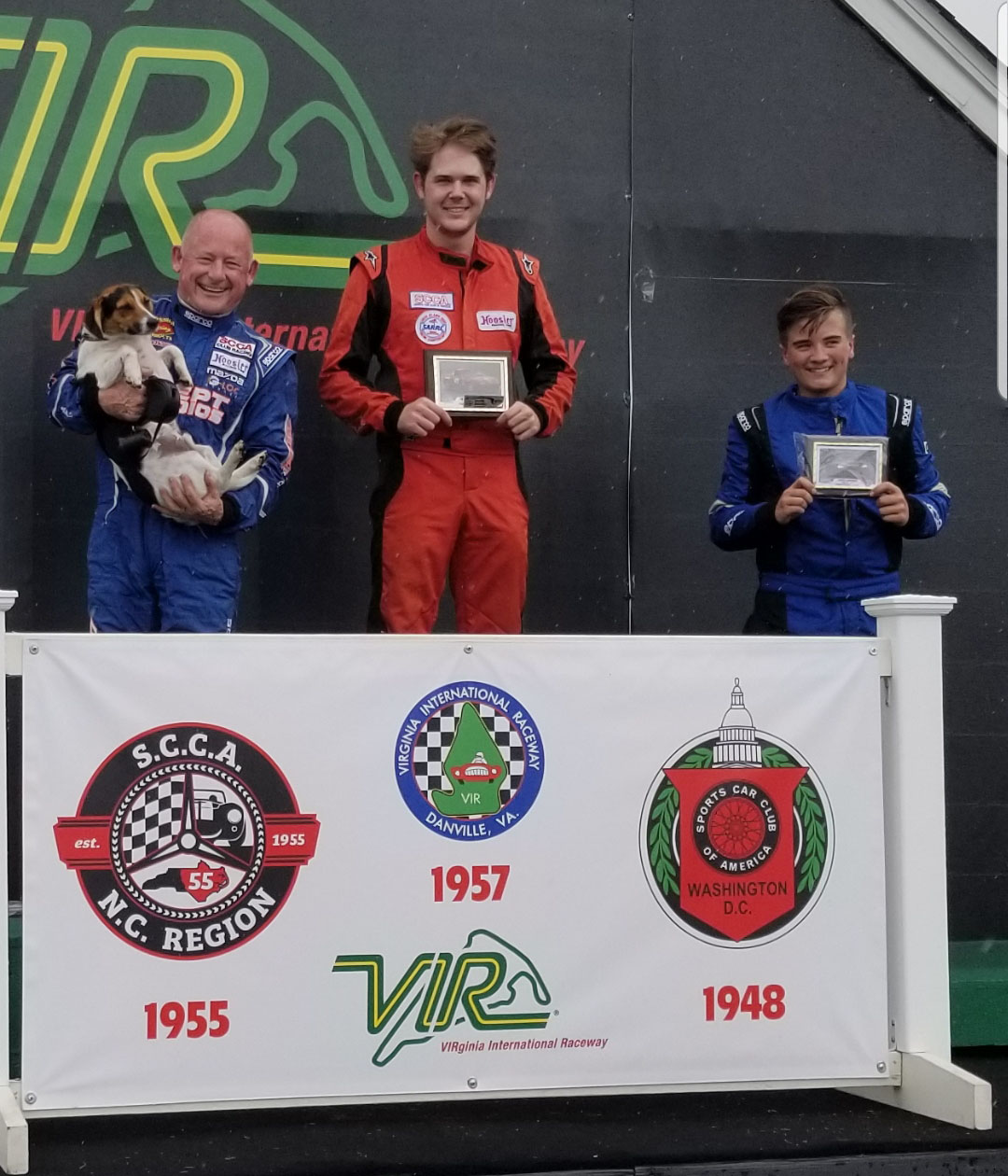 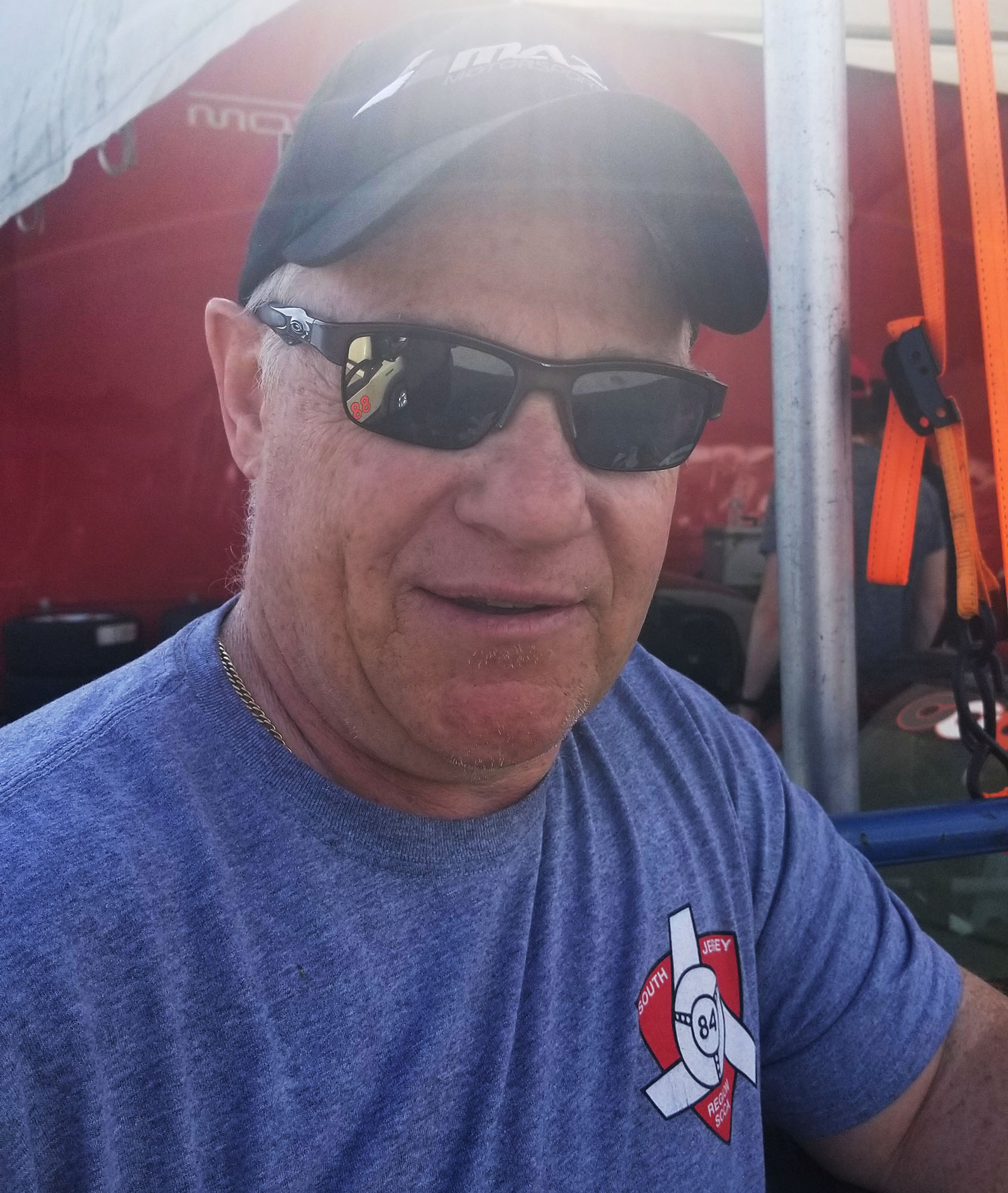 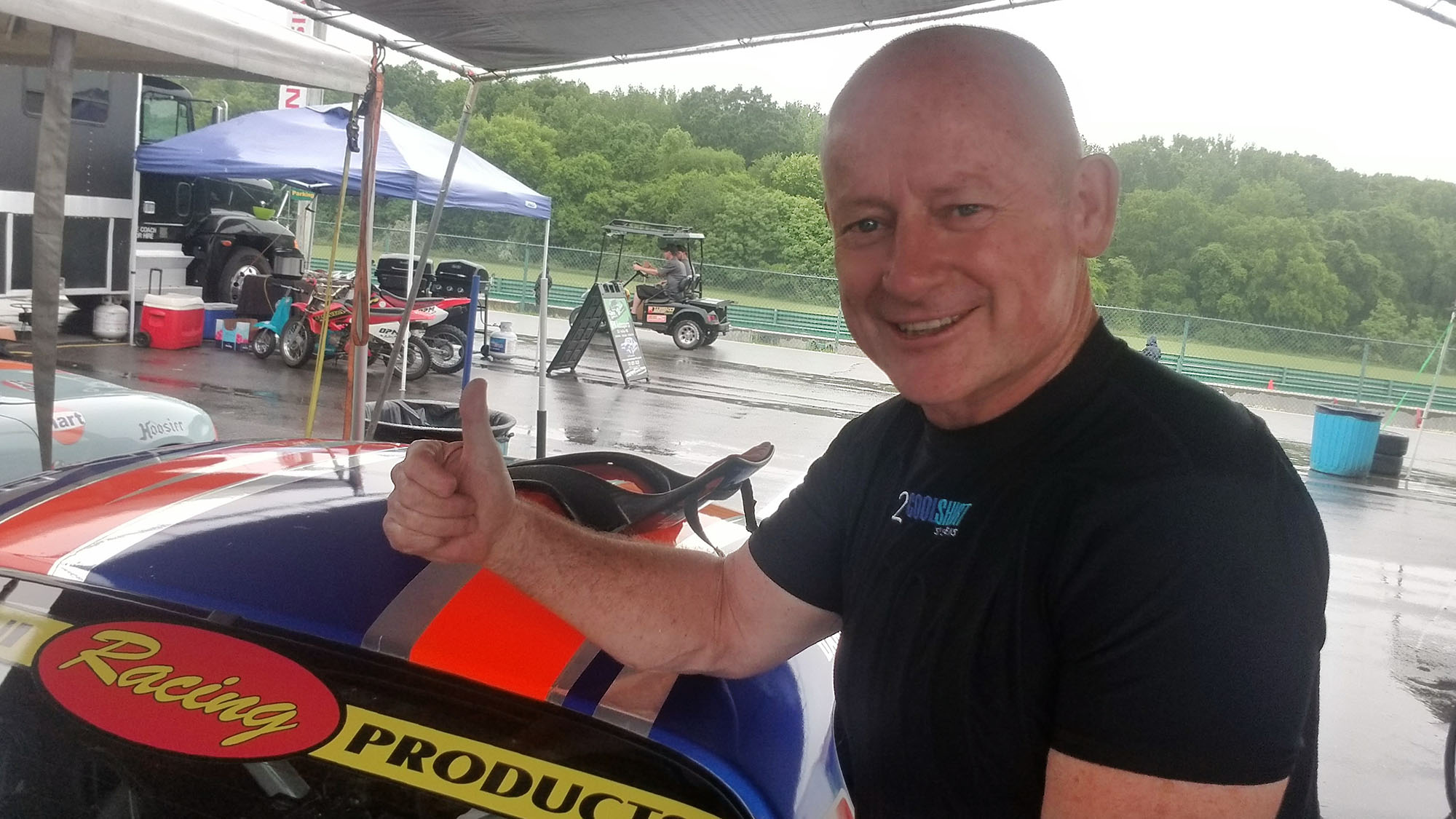 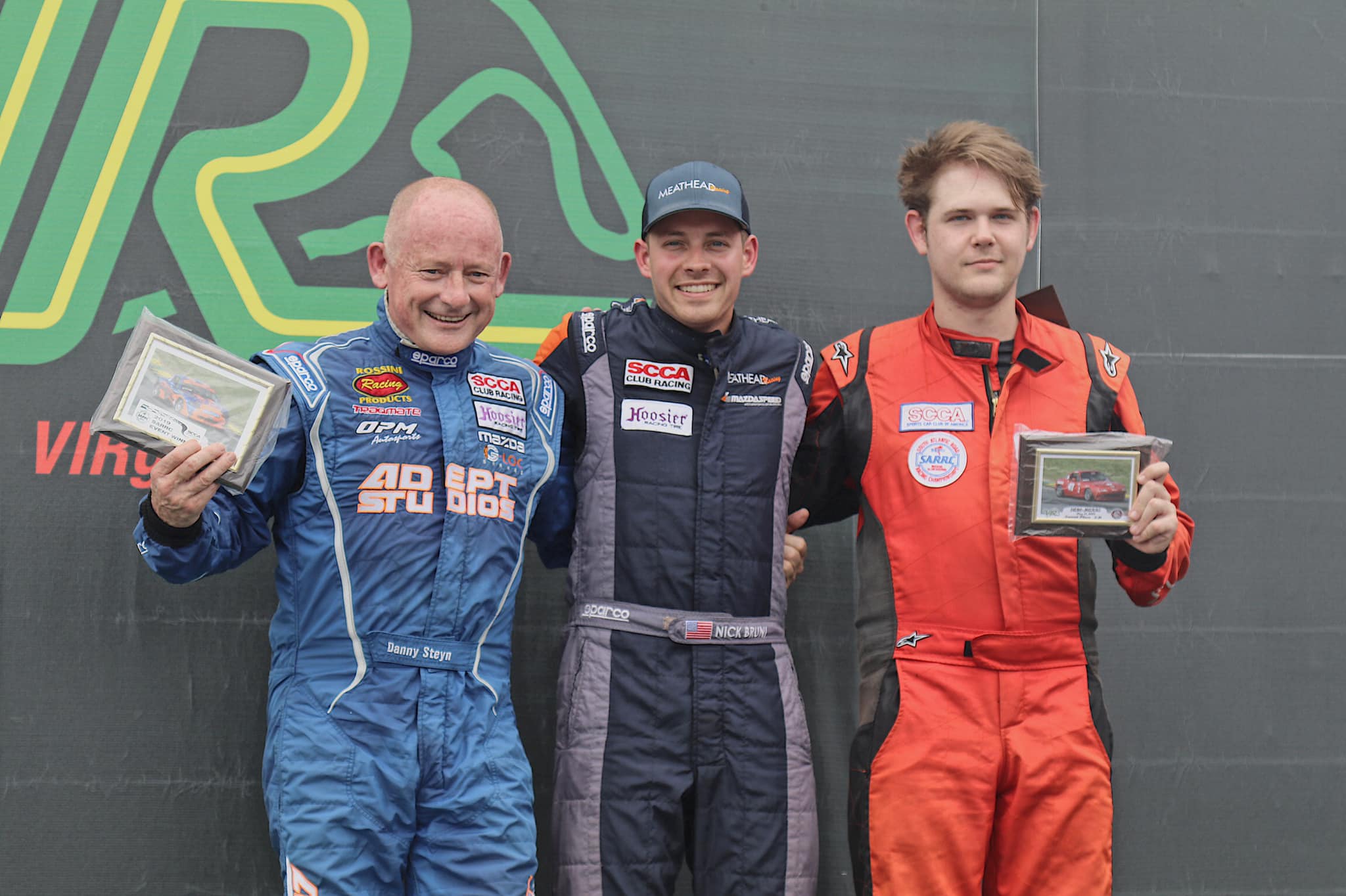 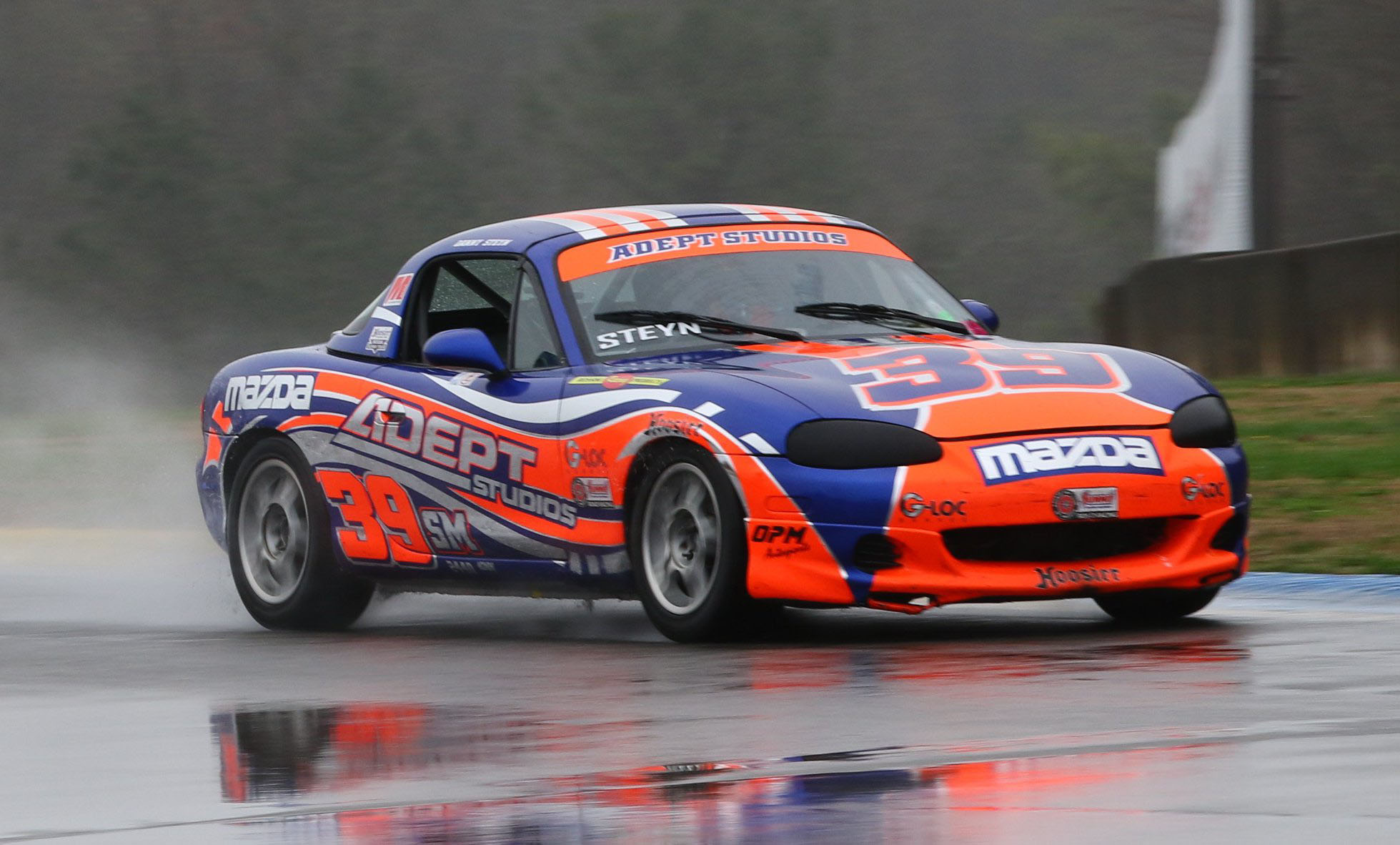 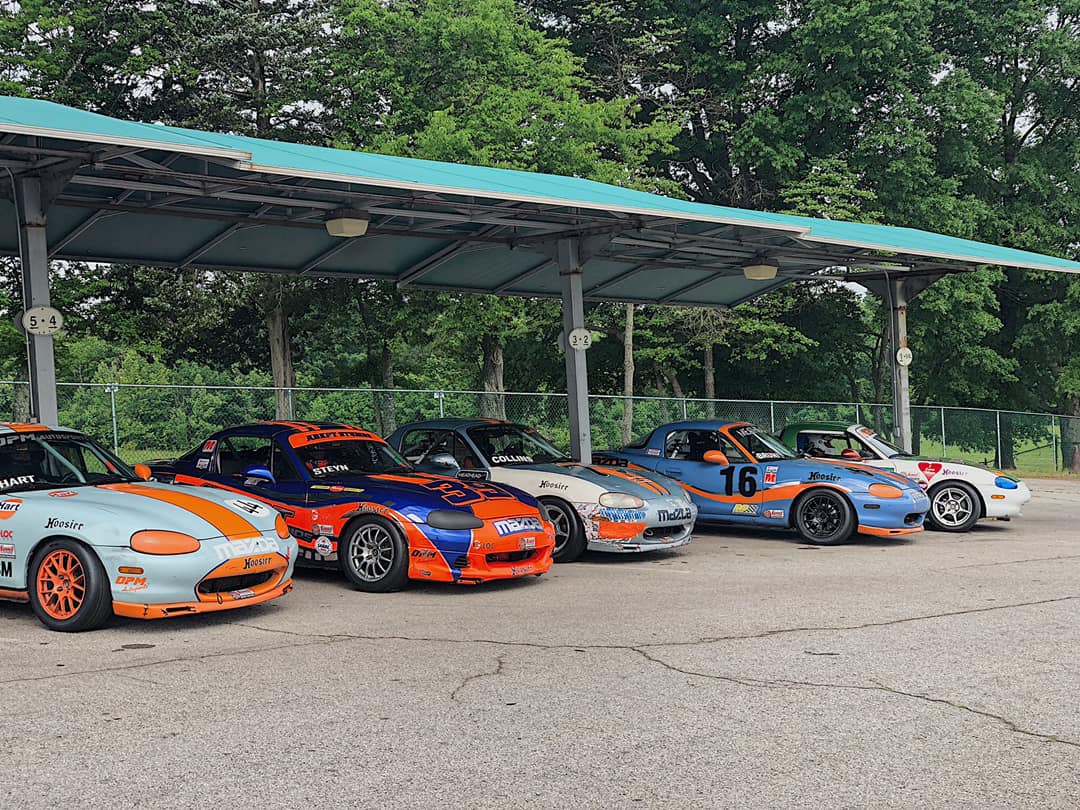 Despite, or possibly because of, the forecast of heavy rain, many racers made the trek to VIR for the weekends SARRC MARS event, specifically to qualify for the Runoffs and more importantly, get as much track time on a track that has many subtle nuances that take time to master.

The Spec Miata field attracted over 40 drivers, including a few national drivers. But for the most part it was the regional racers that came out to play and score points in these two popular series.

The Saturday morning qualifying session was run in dry conditions, and Rossini driver Danny Steyn laid down the pole lap with a time more than a second faster than the next competitor. Nick Bruni qualified 2nd, Mike Collins 3rd, Rob Hines 4th and Skip Brock had a super qually session finishing 5th.

Saturdays Spec Miata race was run in damp to drying conditions. Almost every single driver was on rain tires, most opting to run the sticky Hoosier H2O’s while several, including Steyn, chose to run the new SMW’s that are mandated for the runoffs.

Steyn led from the pole but was quickly passed by Bruni, Collins and Hines when he went off in T1, and they quickly pulled away from him. As the race progressed, both Collins and Hines, as well as several other drivers also went off in the tricky conditions, and Steyn found himself elevated to 2nd place, and in the drying conditions was rapidly closing in on Bruni but there wasn’t time to close the gap.

Sundays qualifying sessions were cancelled to handle the imminent weather. With 10 minutes to go the track was dry, but radar showed approaching rain. By the time the 5minute signal was given, it was pouring rain. Many drivers, including Steyn, were on slicks, but there were several drivers shod with rains, including Bruni, Collins, Hines, Czaczyk, Butz and more.

On the slicks, Steyn was quickly passed by Bruni and Hines and they opened up a lead of 11 seconds in the first lap. Shortly Butz and Hines came by, and later Caleb Bacon also passed Steyn. Later on the track was almost totally dry in places but still wet and treacherous in others, and Steyn started laying down some fast laps. Up front Bruni held on to win from Czaczyk by 16 seconds with Hines a further 6 seconds in 3rd. Steyn finished 4th after Butz went off, and was able to pass Bacon as the track dried.

And it was great to welcome Steffen Clark to the Rossini family, and he did us proud winning both his ITA races in the enduro! Congrats Steffen!

So great to see so many Rossini drivers at VIR and for most it was a very enjoyable experience with many laying down their fastest ever laps, both in the dry and in the rain.