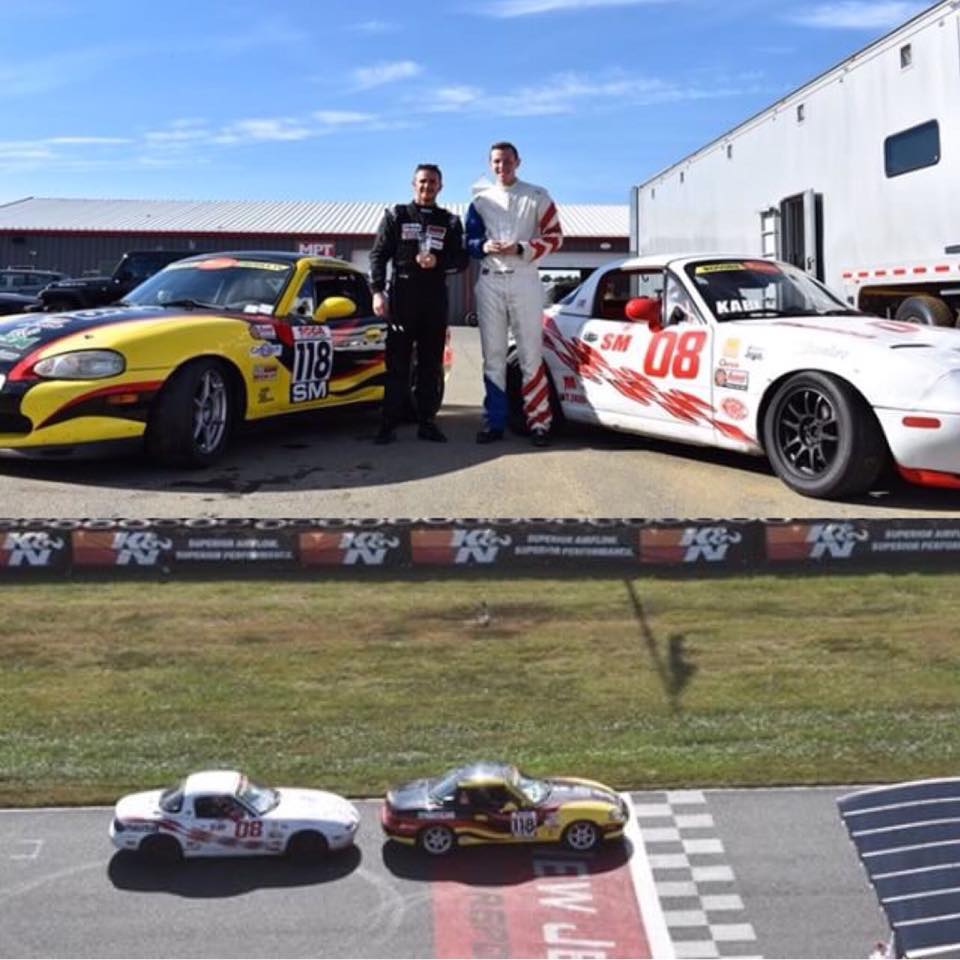 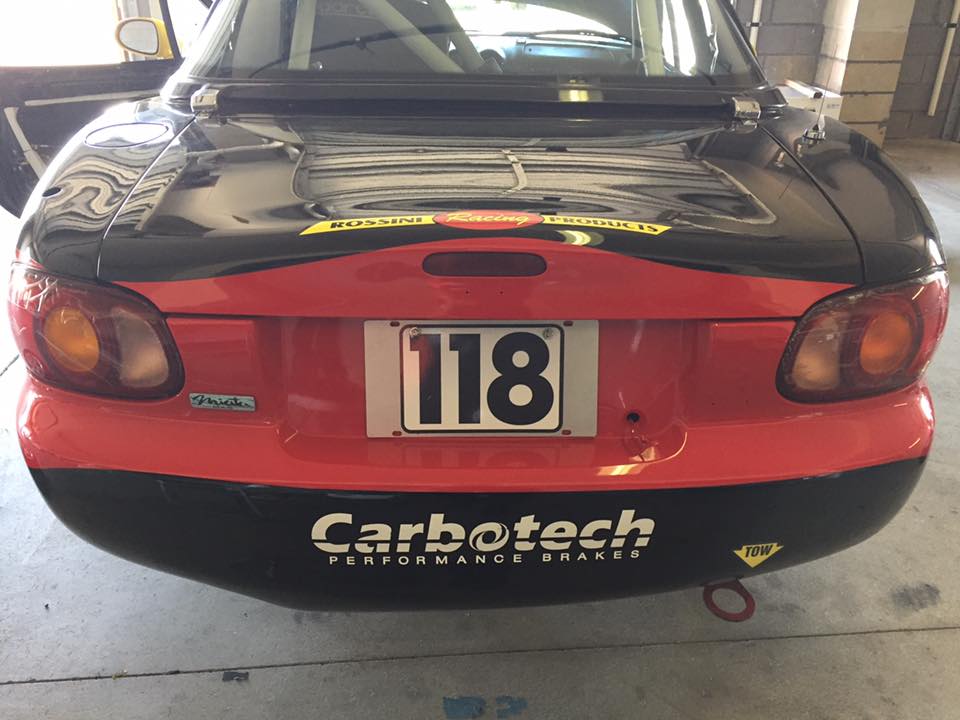 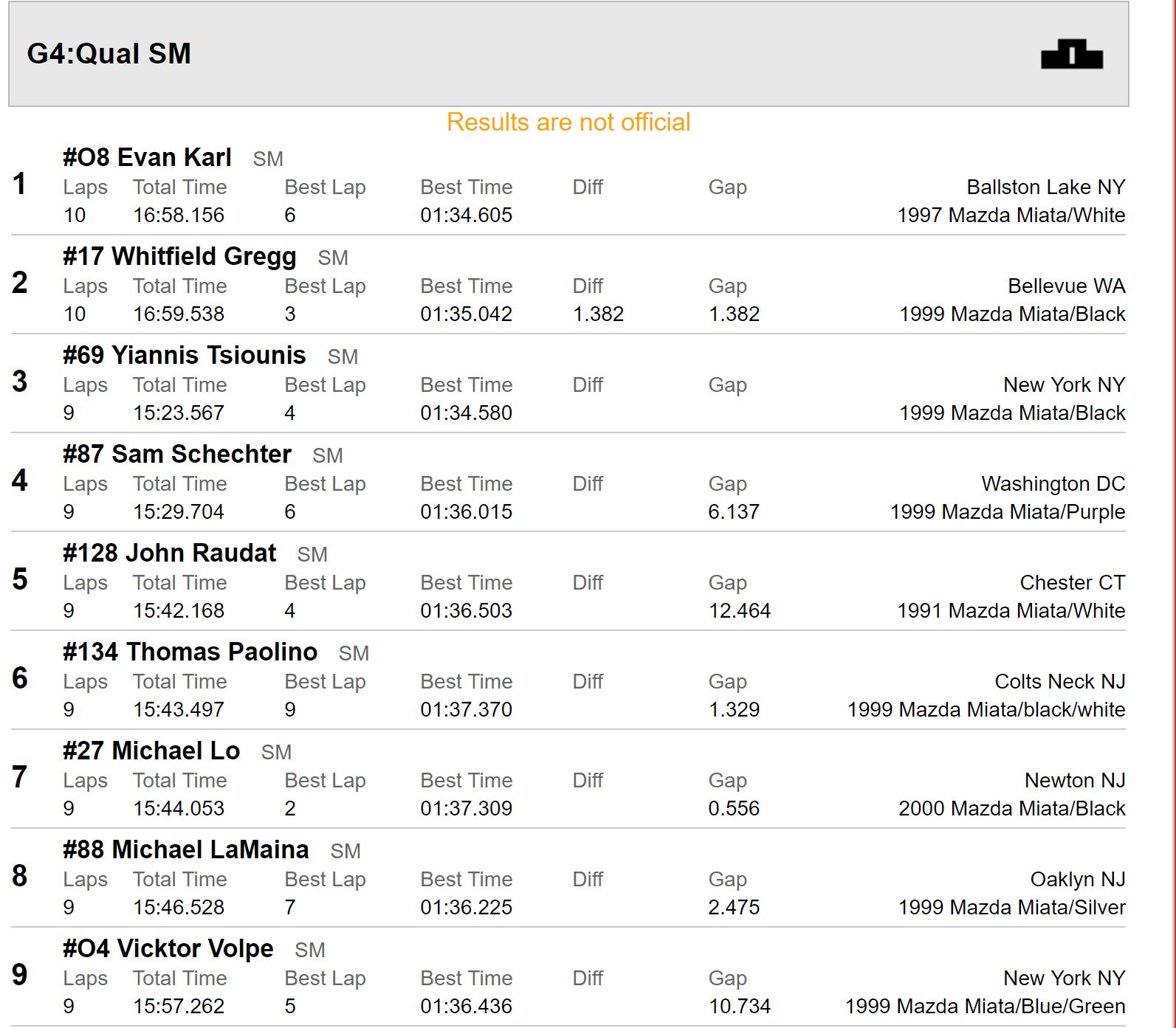 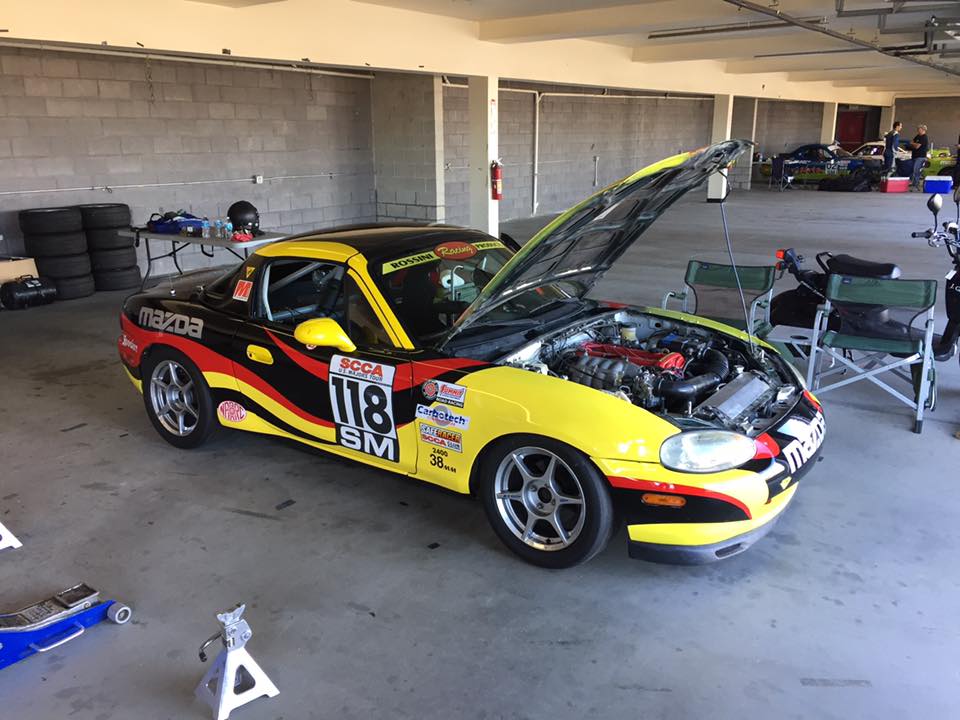 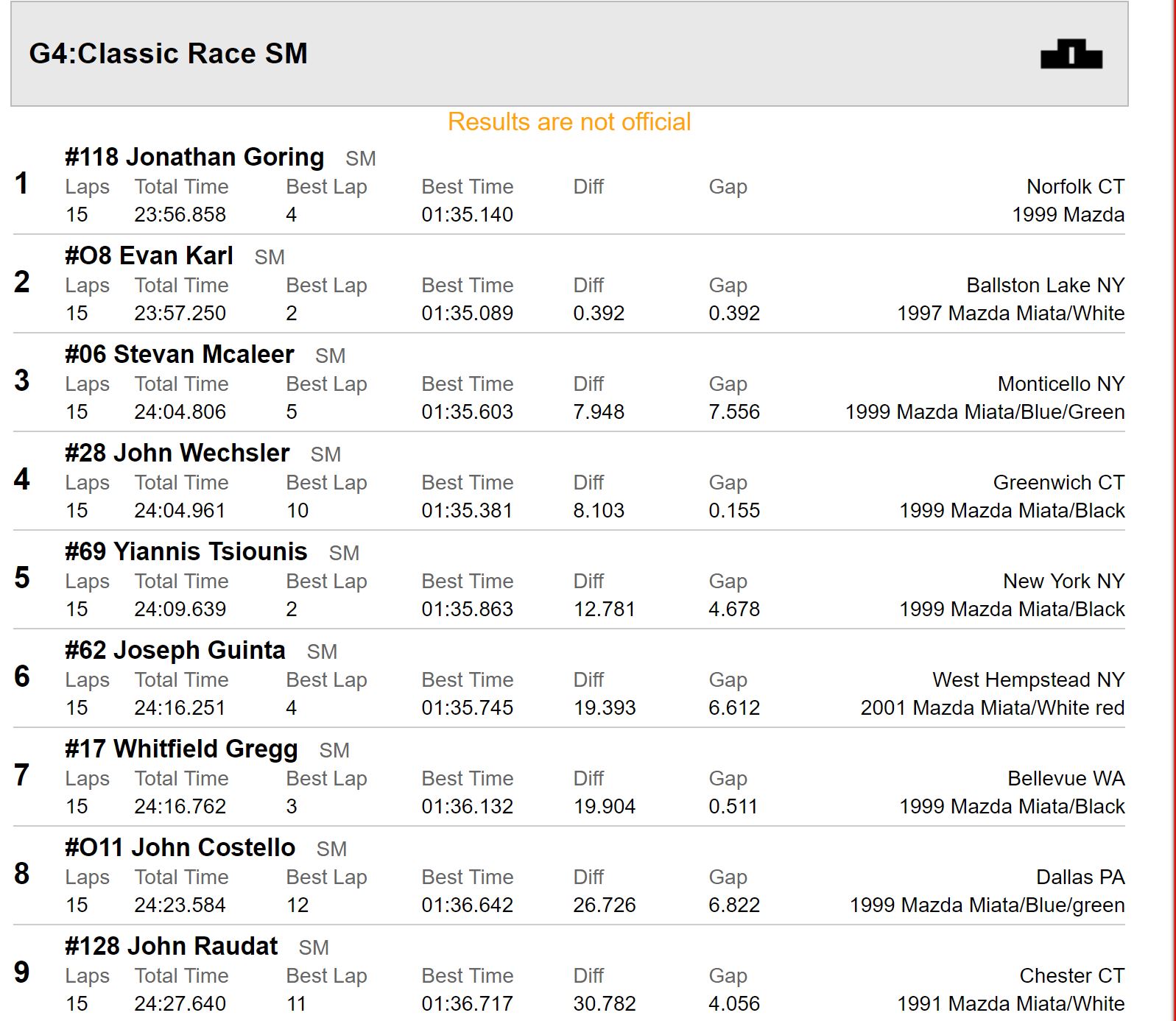 This past weeekend the New Jersey Classic Regional took place at New Jersey Motorsports Park and two of our fastest North Easterner drivers were there to compete:- Jonathan Goring the 2015 SCCA Spec Miata Runoffs Champion, and young Evan Karl who has been making a name for himself this season with some high profile results.

In Race 1, Goring stormed to the lead and won handily with a 7 second victory over Joey Guinta and John Wechsler. Evan Karl finished 5th.

In Race 2, Goring and Karl had a fun race up front, but Goring still manged to win out over Karl with a 6 second margin at the finish line. Joey Guinta was 3 seconds back with Yiannis Tsounis right on his tail.

Bonus of the weekend was Jonathan Goring adding yet another track record to his resume. Well done Jonathan.

The Classic Race was the really close one with Evan and Jonathan running nose to tail for most of the race, and Evan challenging for the lead early on. At the finish line Goring clinched his 3rd straight win over Evan by less than four tenths of a second. Stevan Macaleer finished 3rd.

So you could say it was a great weekend for our engines with a pole, 3 wins, 5 podium finishes and a new track record. Thanks to Jonathan and Evan for putting on such a fine show, and congrats to Evan on his birthday!