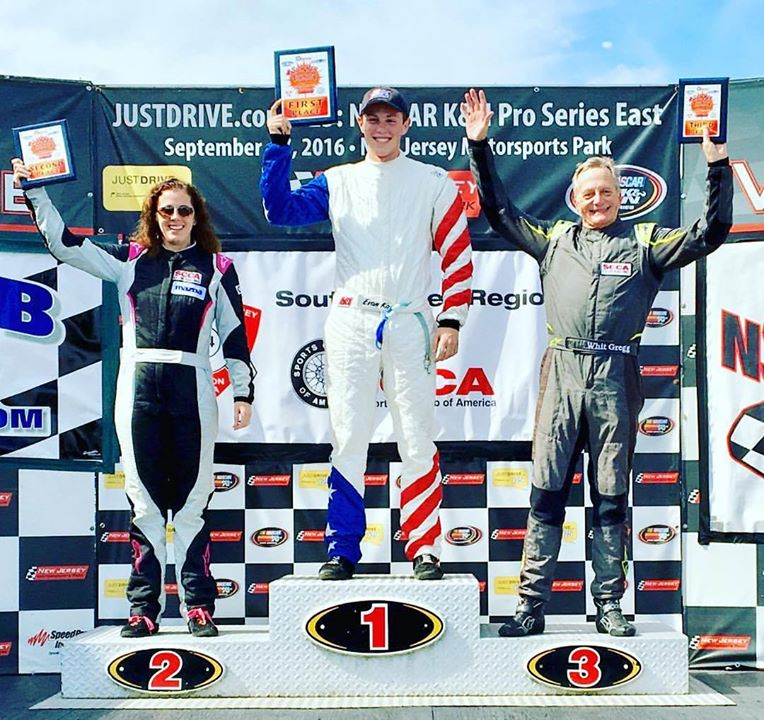 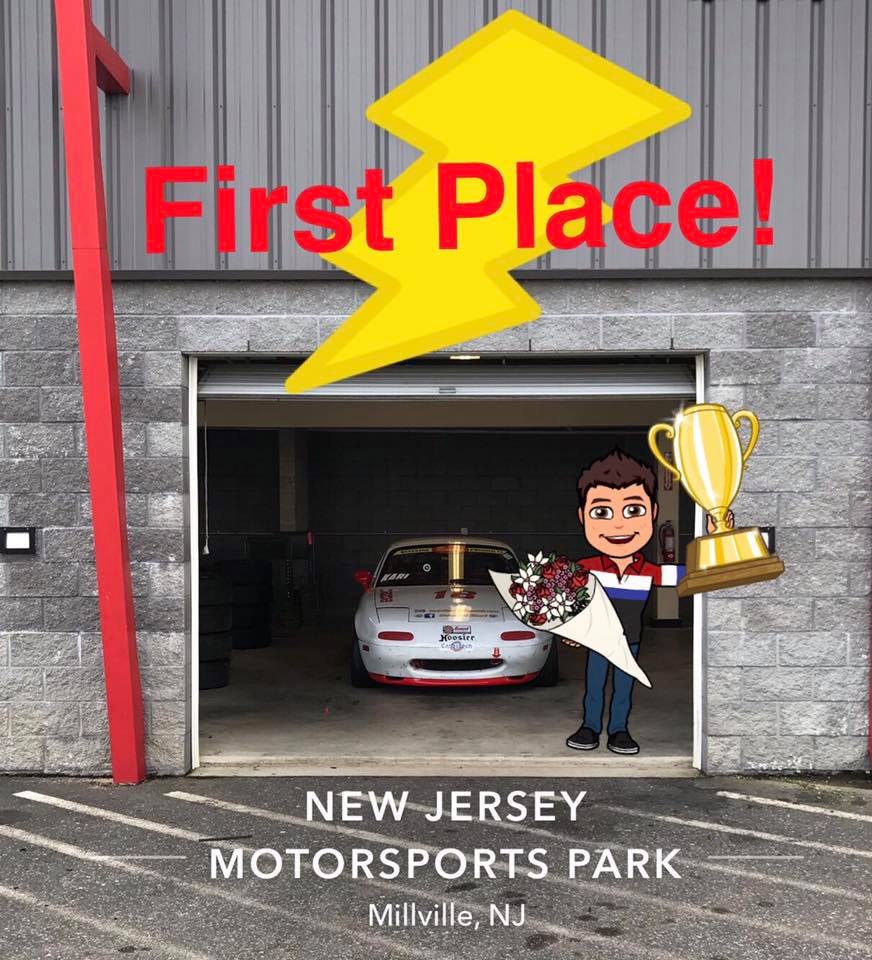 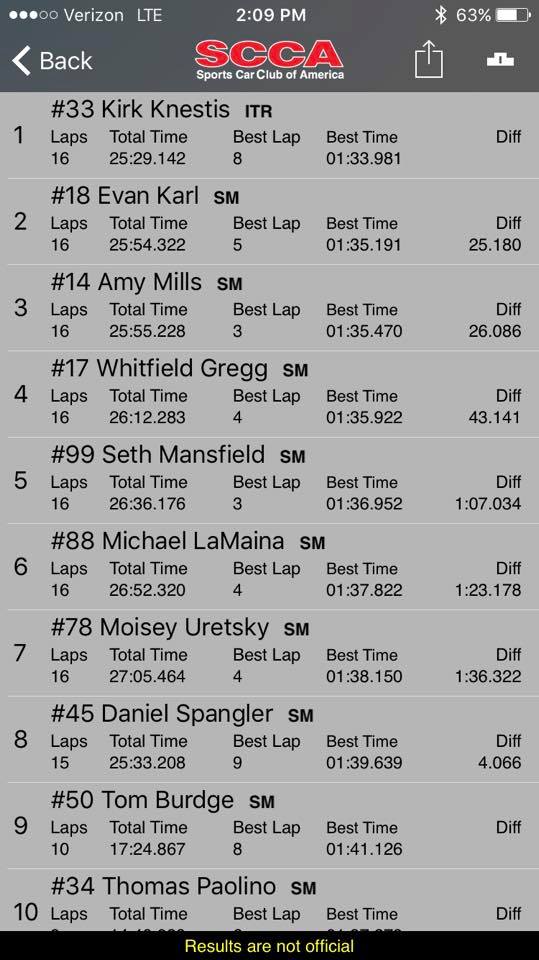 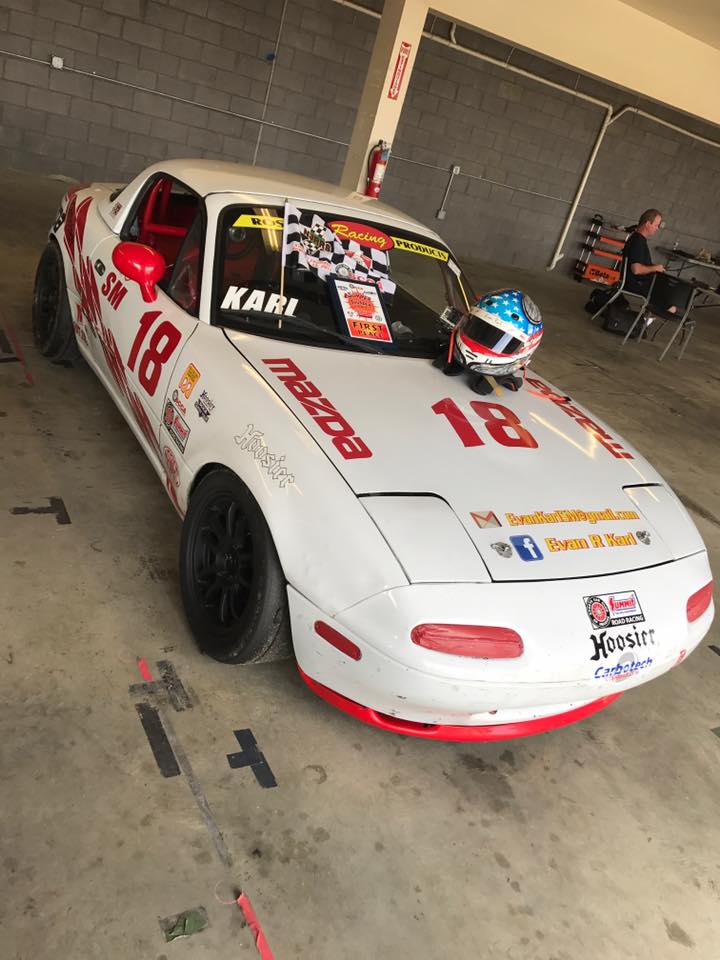 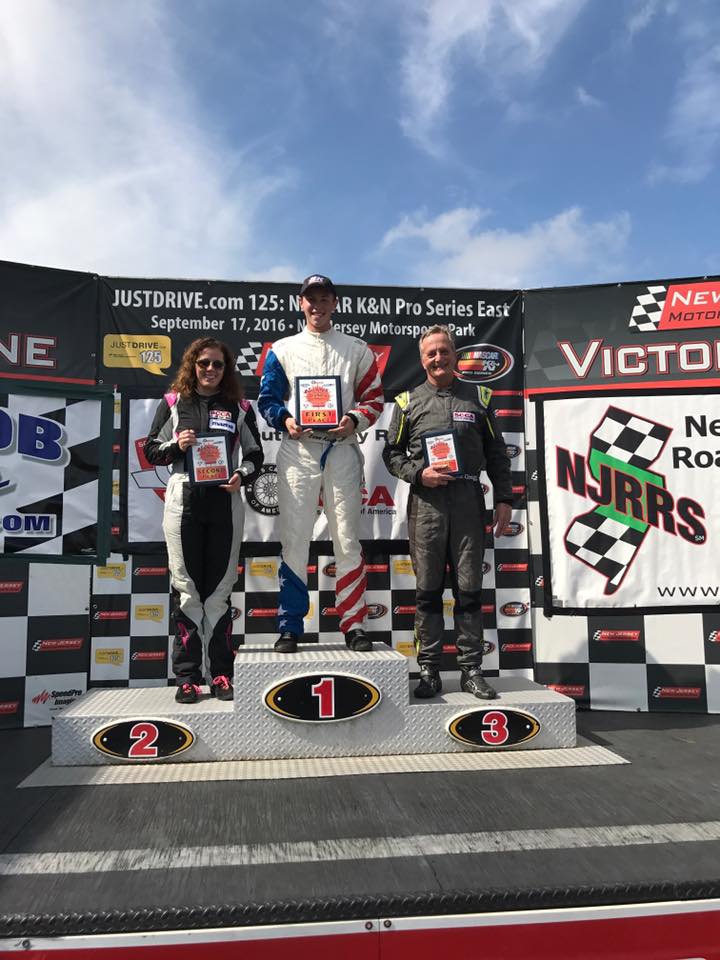 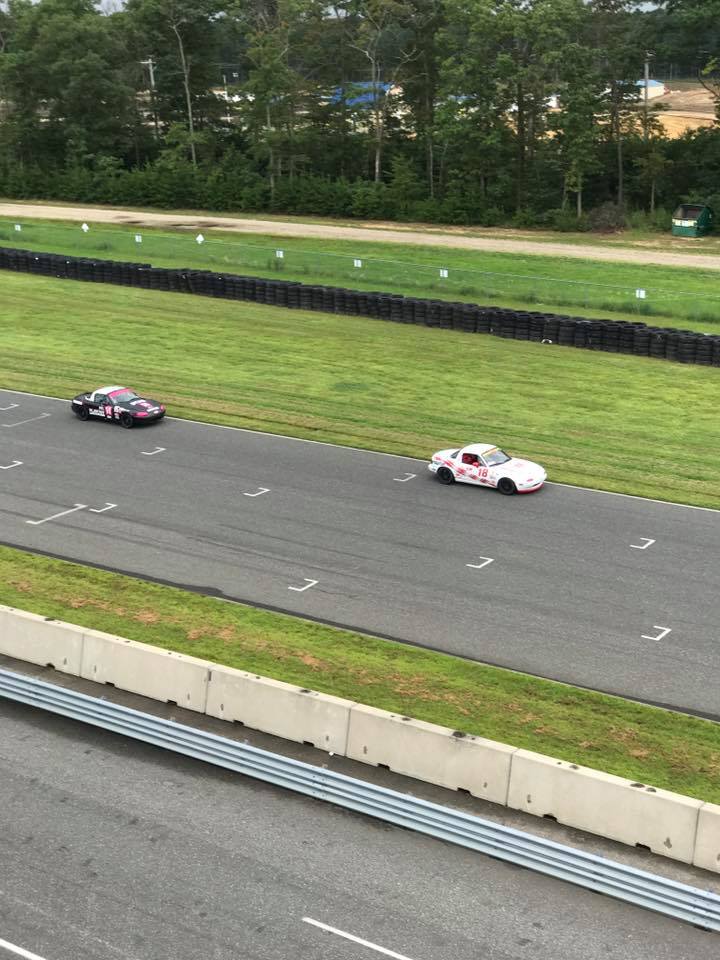 Young Rossini racer, Evan Karl had a superb weekend at the Summer Thunder regional at New Jersey Motorsports Park. After nailing down to the Group 2 pole position in qualifying, Evan went on to win both Spec Miata Races.

In Race 1, Evan had a tremendous race, swapping the lead several times with Amy Mills, before spinning out in the sudden rain shower, but he gathered himself, recovered well and went on to win over Amy Mills and her husband Whitfield Gregg. Rossini driver Michael Lamaina finished 5th.

Race 2 was a tad smoother for Evan than race 1, even though he splashed through the same puddle again. In Race 2 he was able to nail down his fastest lap time of the weekend at a 1:35.001. Michael Lamaina finished 4th in the feature race.