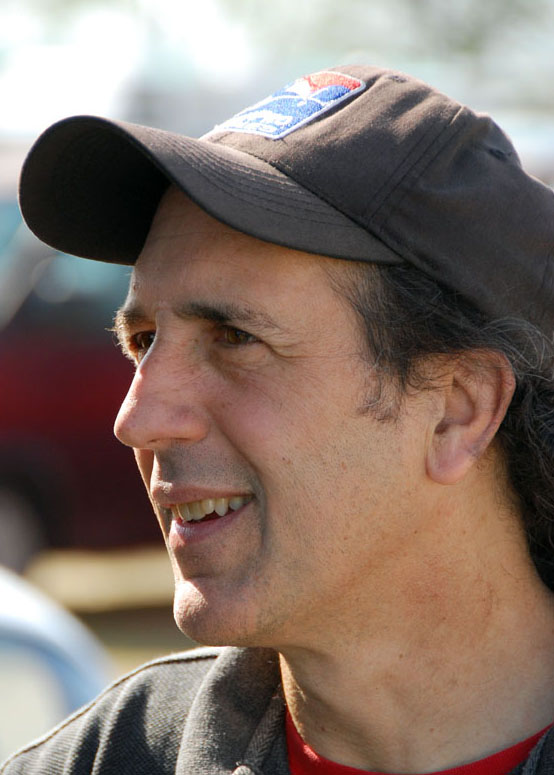 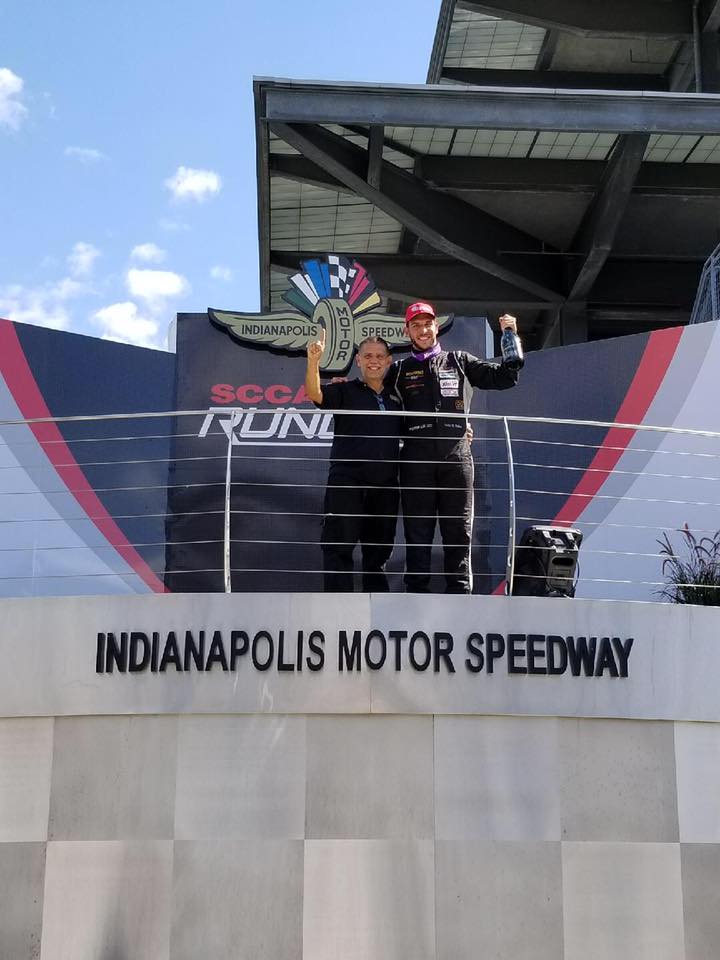 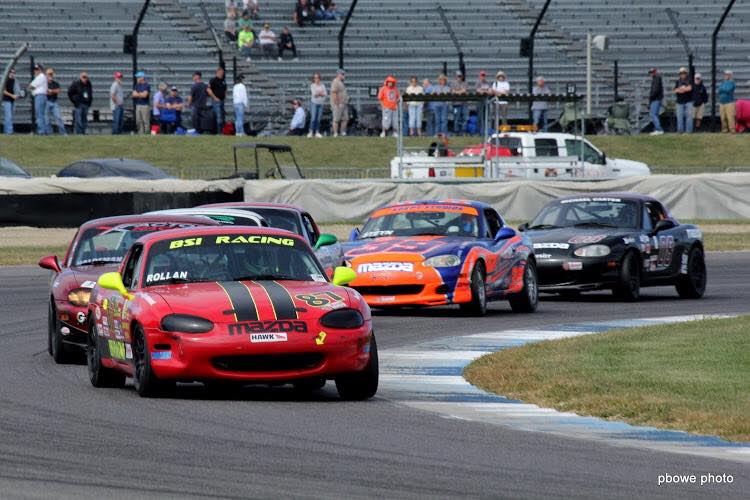 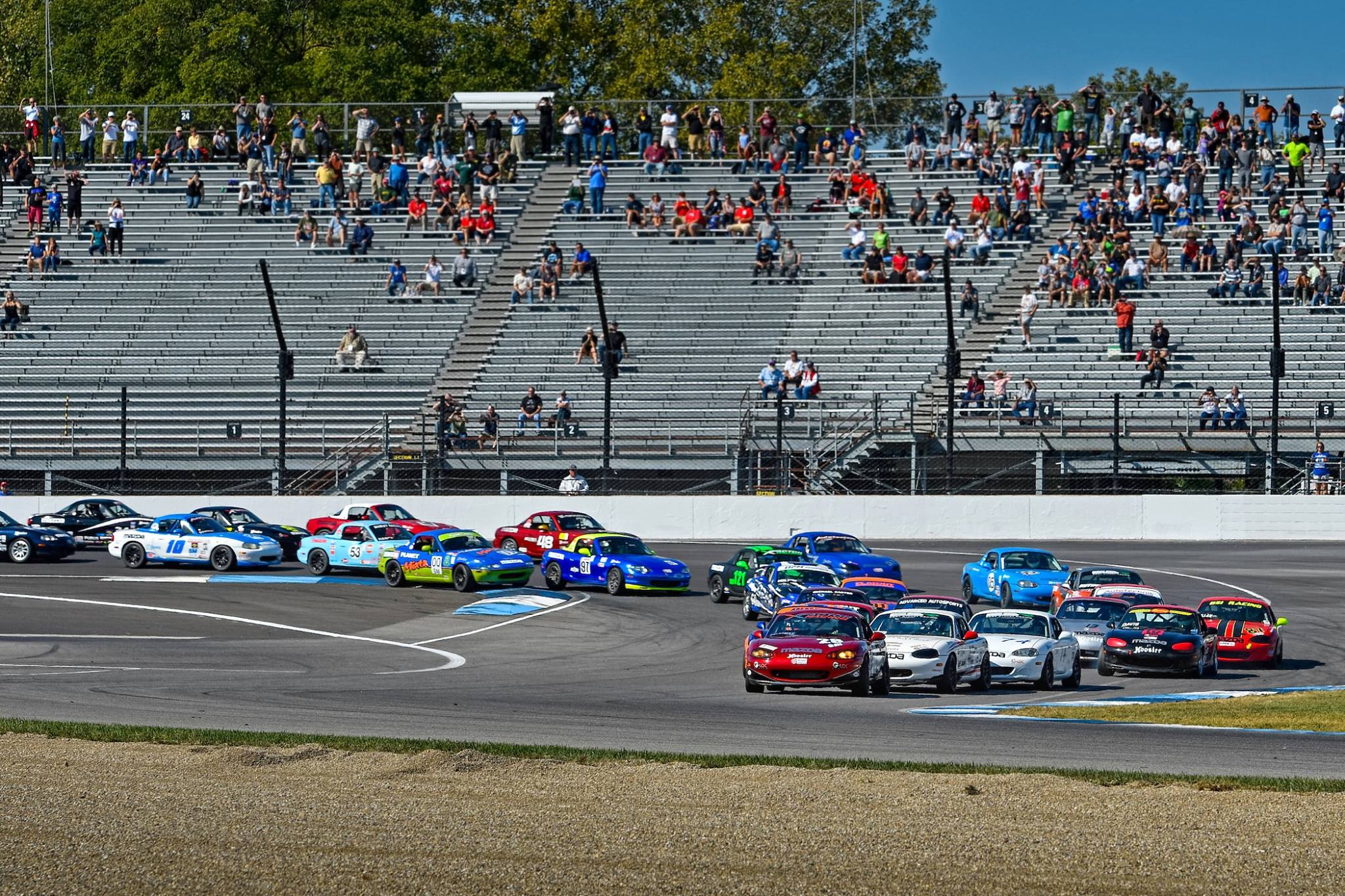 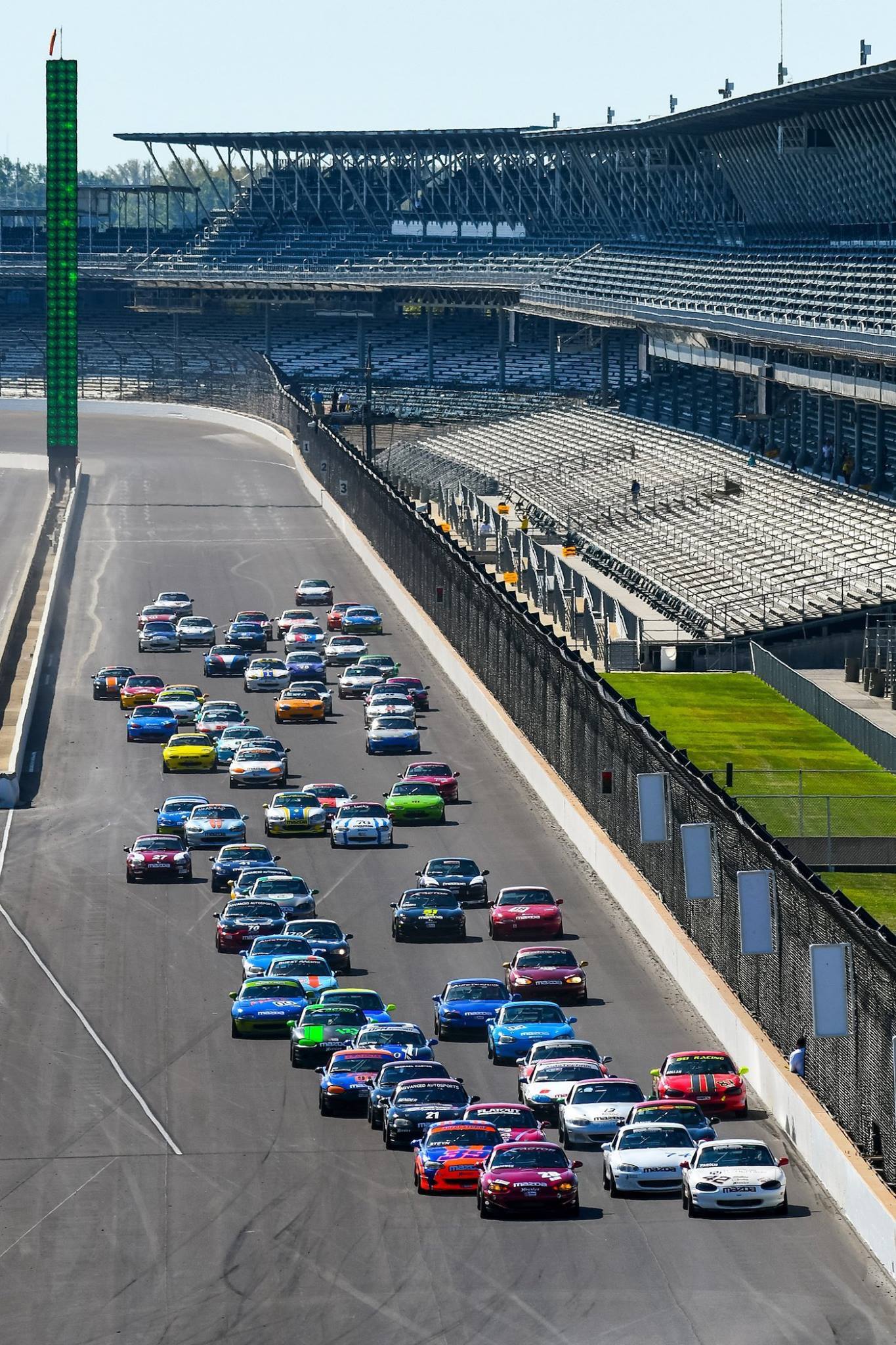 Now that the dust has settled from the record breaking 2017 SCCA Runoffs held at the famed Indianapolis Motor Speedway, I have finally had time to reflect on this amazing event.

Seventeen drivers attending the Runoffs were powered by Rossini Engines, quite a feat in itself and huge undertaking in engine refreshing and tuning prior to the event. After four days of qualifying we had 5 Rossini drivers in the top 10 on the grid for the main event, with the top 42 drivers all qualifying within 2 seconds. In this incredibly deep field, a few of our drivers were relegated to the Last Chance Qualifier, and in an awesome race, several drove themselves into the main event, with Brian Wright getting to stand on the Indy podium with his 3rd place finish in the LCR.

On Friday, in the highly anticipated Spec Miata finale, which drew hundreds of fans to the Turn 1 hill and grand stand, during the race, at different times it was thrilling to see three Rossini powered drivers drive their way to the front of the pack, and for several laps, five of the top 7 drivers were powered by our engines. This sort of performance speaks volumes about our engine program, and also about the drivers we have been able to attract, not only at the front of the field, but throughout the field.

As you all know, Rossini engines is a small company, focused entirely on our drivers, and when you buy one of our engines, you become part of our ever expanding family. Thank you all for your exceptional representation at Indy. You all did us proud. I am proud to have you in our team. Selin Rollan, Michael Carter, Michael Gagliardo, Jonathan Davis, Clark Cambern, Jason Connole, Ricardo Juncos, Chris Cuifo, Brian Wright, Joe Schubert, Michael Lamaina, David Cuifo, Derek Luney, Ricky Thompson, Pat McGovern, Danny Steyn.

And to come away with a 2nd place (selin Rollan) and the new Indy Spec Miata Track Record (Michael Gagliardo) was the icing on the cake!

Make sure you watch the awesome Spec Miata Race video showing just how close the racing was.

Thanks from Mike, Elaine and Buddy.