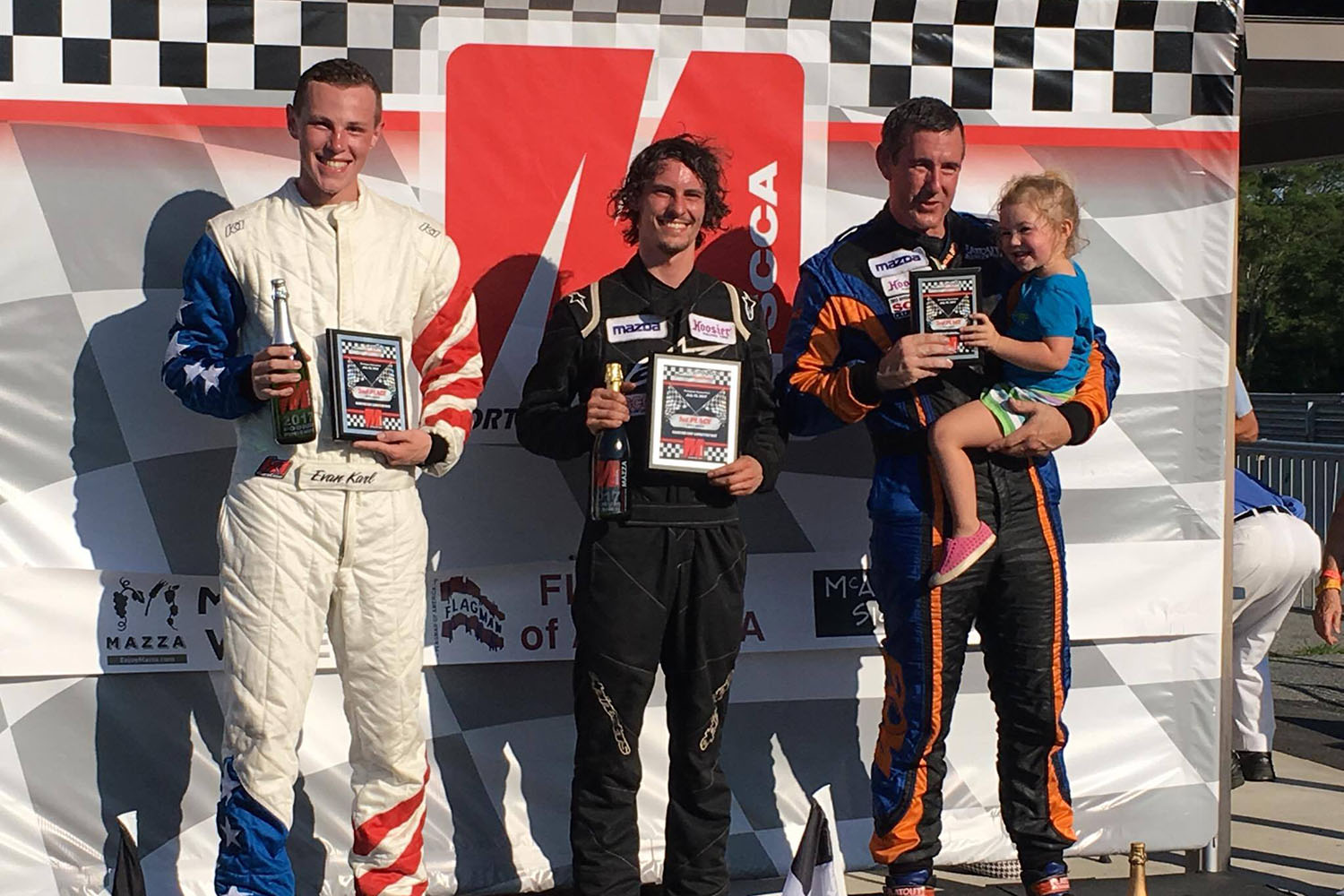 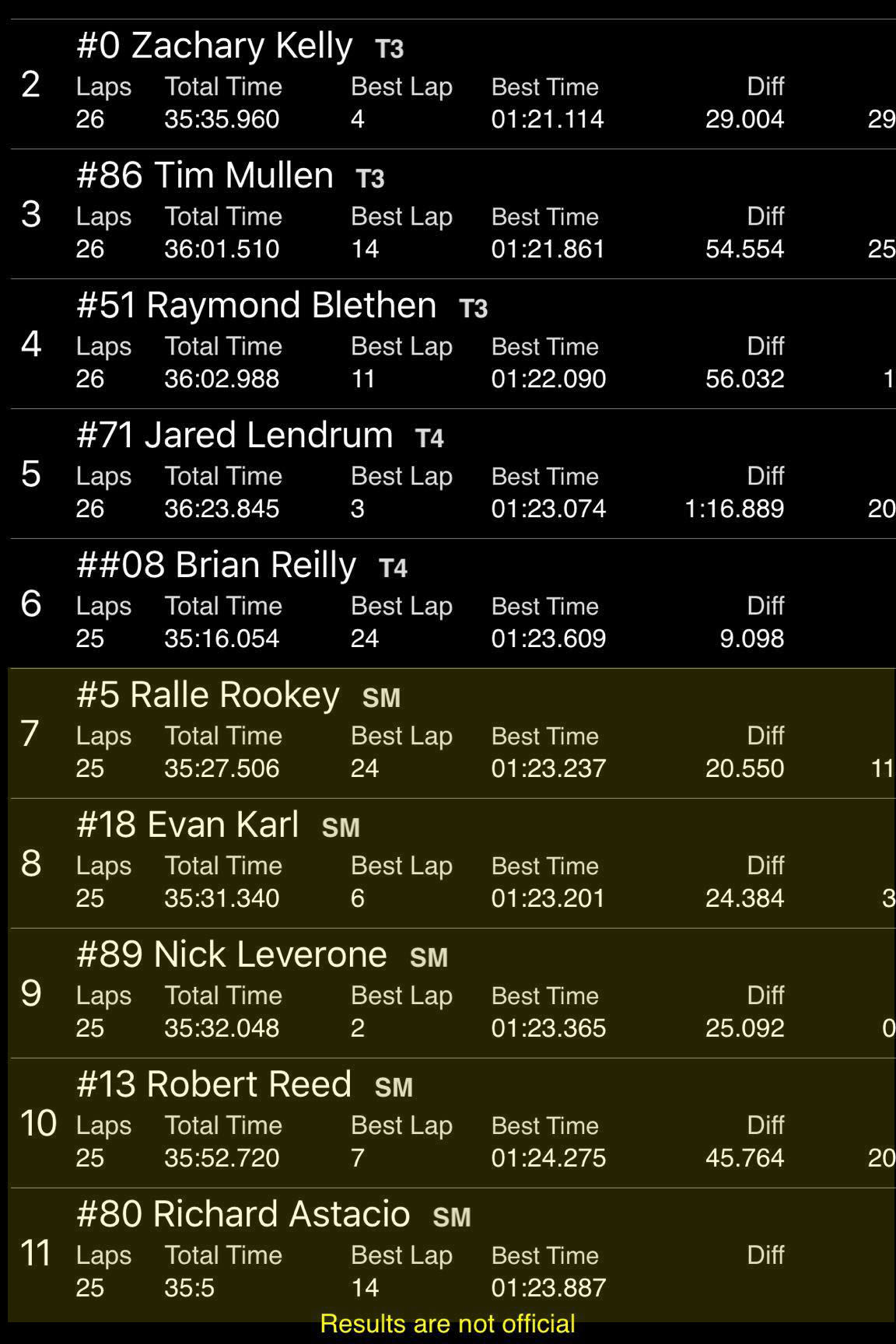 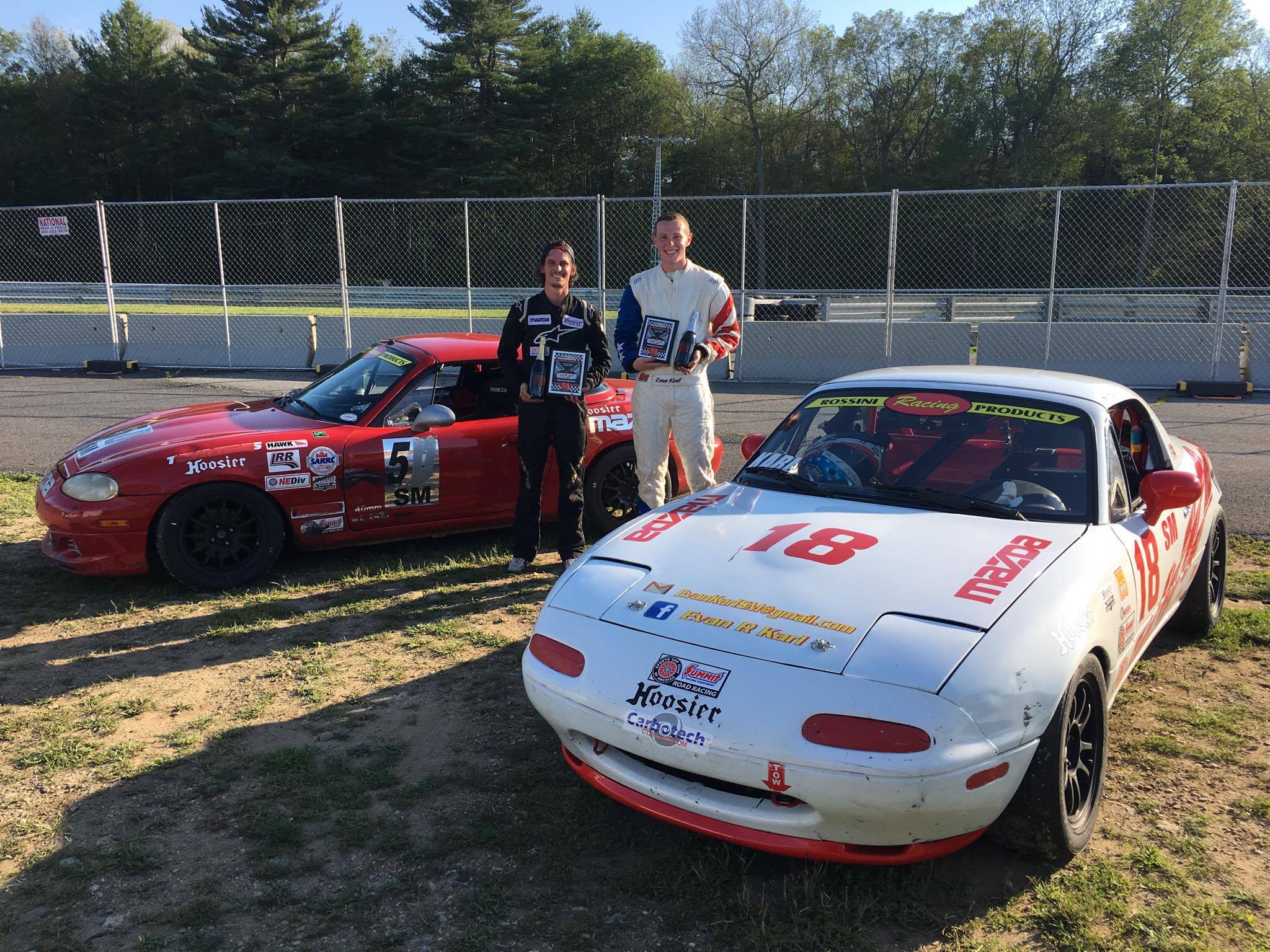 The second last Majors of the NE Conference took place at Thompson Speedway Motorsports Park in Connecticut this past weekend. Two of Rossini’s top drivers were there to challenge for the wins.

Despite sitting on the front row for Race 1, the outcome was a total disaster. On the first lap, an out of class car checked up suddenly, and Rookey got slammed from behind, and this sent him flying into Karl. They both ended up spending the entire race sitting on the side of the track. Jimmy Locke, Nick Leverone, and Richard Astacio went on to secure the top three spots.

However both Karl and Rookey are drivers that never say die, and both headed home to get parts and fix their cars and showed up the following day with bent but race worthy cars.

In Race 2, Rookey and Karl both got passed on the start and had to fight their way back to the front. Leverone, Karl and Rookey all took turns at the front, each leading the race multiple times. Rookey spend about a third of the race in the lead, and Karl had to drive to the front from 4th place. Throughout the entire race Leverone, Rookey, Karl and Locke were never separated by more than a few seconds in a very hotly contest 35 min race.

So proud of you guys for the tremendous can-do spirit, and the great showing in the face of adversity. Proud to have you both on the team.