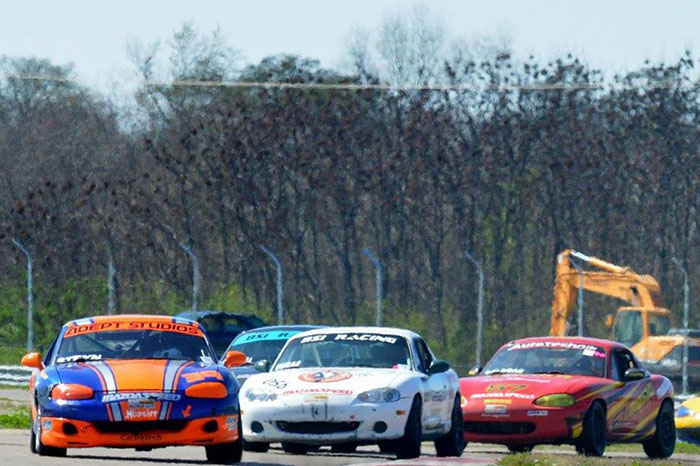 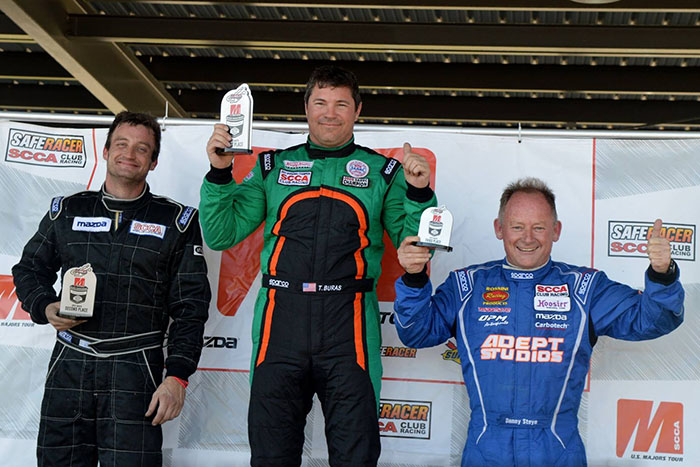 Rossini drivers Danny Steyn and Selin Rollan were on fine form at the NOLA track just outside New Orleans Louisiana. For both drivers it was their first time at the track so they were both at a real disadvantage against the drivers that had raced and tested at the track prior to the all important Majors race with one of the deepest fields ever assembled for a non-runoffs event.

Despite their disadvantage Steyn went to the front of the grid to clench the pole position with a time of 1:58.071, almost three tenths faster then the 2nd place qualifier Jim Drago. Rollan also rose to the occasion with an 8th place on the gird.

In Race 1, Steyn barely avoided the Turn 1 carnage, and after the restart led almost the entire race. Coming into the last three turns Steyn was in the lead but over drove the Turn 12 and ended up in 3rd place for his 5th podium in 5 Majors races. Rollan was running in 4th place when he lost a brake caliper and managed to limp home in 15th place.

For Race 2, Steyn started on the pole again and led the first three laps before falling back to 6th place after being bumped off line in Turn 6. Rollan made it up to 3rd place and ran in the top four for much of the race, Steyn started fighting back and drove his Rossini powered Spec Miata back to 3rd place only to lose rd by 3/1000ths of a second at the line.