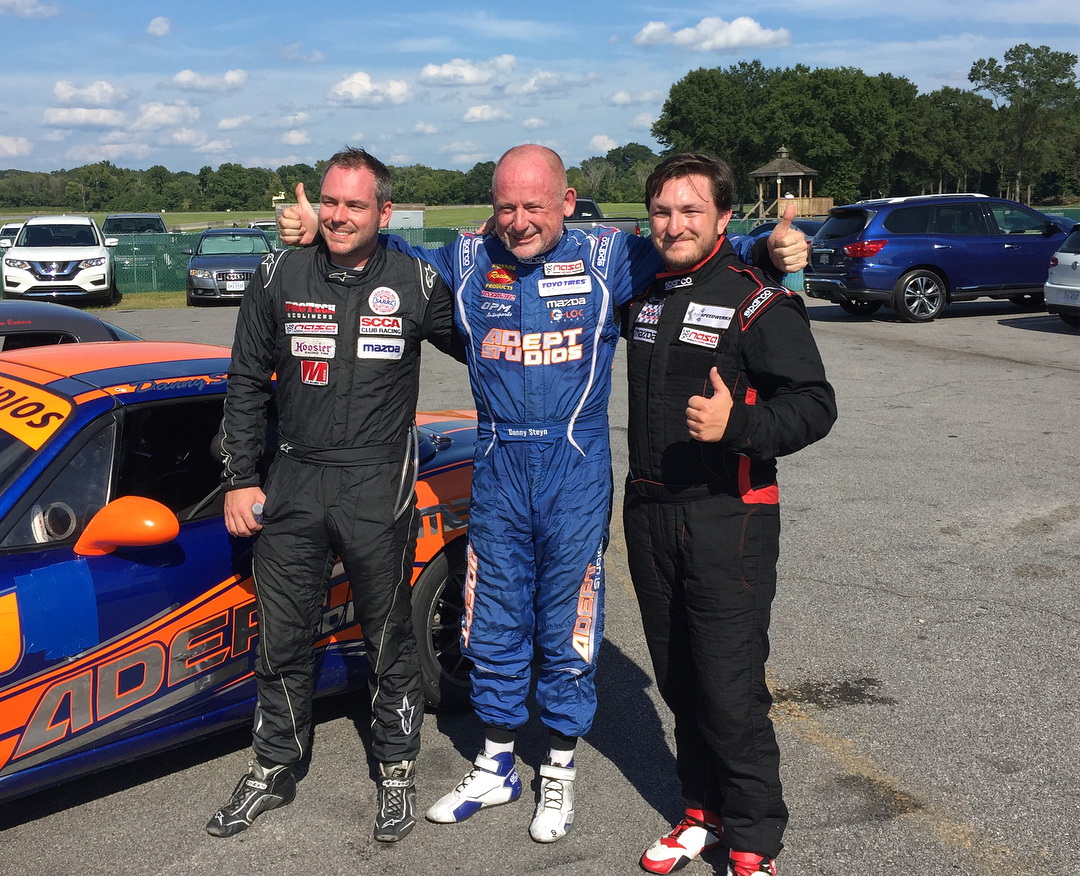 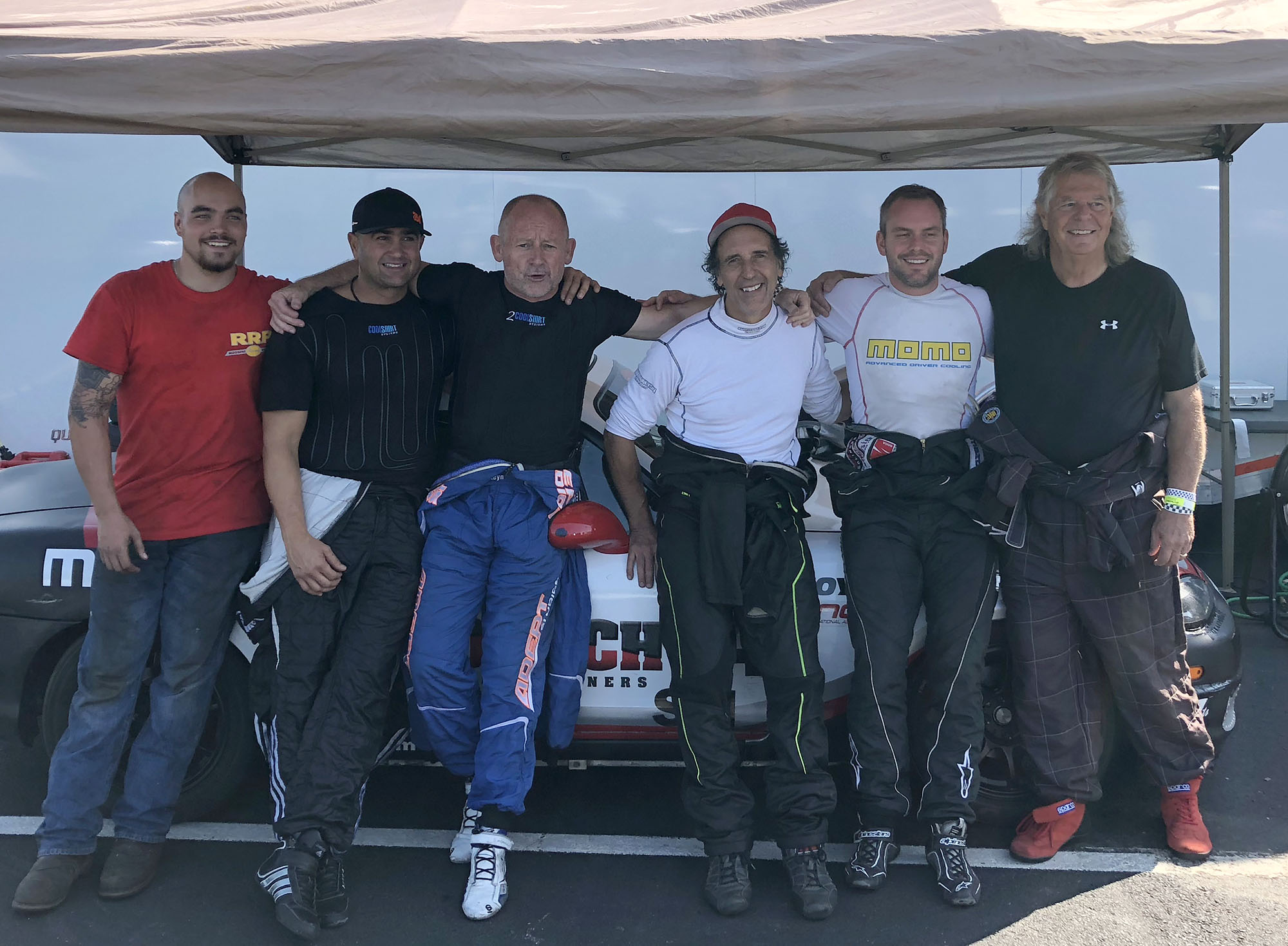 With the NASA Championships at the legendary formula 1 track, the Circuit of the America’s, less than 3 weeks away, several drivers were at VIR this past weekend to get in their final events to qualify for the championships. Others were there to get more time on TOYO tires and fully understand the complexities of the tire on a track that has similar characteristics to COTA.

Rossini Racing has been very closely aligned with NASA Mid Atlantic region and it is so gratifying to see so many of the racers using our engines. But more than that it was so satisfying to see so many different versions of Spec Miata’s being campaigned. Too often we hear that you have to have the latest VVT build if you want to run up front, and this weekend put that rumor to rest.

Amongst the Rossini powered drivers, Jason Connole brought out his super fast VVT that has been running up front in Majors events this year. Alex Acosta debuted his new VVT, and Danny Steyn dusted off his faded championship winning ’99 that hasn’t been run in over 2 years, but was sporting a fresh Rossini built engine. Adam Molaver was there with his trusty yellow ‘99 and Aaron Johnson had his super fast green NA1.8 out as well. Jimmy Myers brought out his impeccably liveried VVT and Mike Rossini himself was there with a new NA1.8 build, and Matt Flaherty was there in his stunning Petty blue NA1.8
Amongst the non-Rossini powered cars was Peter Ensor, a real wheelman who sits jointly at the top of the new Spec MX-5 championship points alongside Jason Connole. He was there with a super strong Drago powered ‘99

In Saturdays Race 1, Ensor quickly got to Connole’s bumper and pushed Connole away from Steyn. The top 3 broke away from the pack. Over the next few laps, Steyn slowly reeled them in and when Ensor made the pass on Connole the drafting train was broken and Steyn was able to make some decisive moves. Connole seemed to be struggling with a car that would not turn, and it came down to a two car race. Steyn managed to hold off Ensor to win by a tenth of a second. Connole finished 3rd and Johnson was 4th. Steyn set FRL with a time of 2:16.958 on the very last lap, indicating that he is close to figuring out the Toyo’s.

In Sunday’s Q2, Steyn was able to put together a stellar run setting a pole time of 2:16.547 ahead of Peter Ensor, Jason Connole, Aaron Johnson and Adam Molaver.

For Race 2, Connole elected not to start as he was unsure of the issue with his car. At the green, Ensor went to the lead through T1 and set a blistering pace. Steyn fell back, almost out of the draft, but started to close the gap. When a car when off the track in T1, Steyn made a decisive pass on Ensor as he suspected it would go FCY and it did. VIR runs Code 35 where the entire fields slows to 35mph maintaining the racing gaps and apart from Ensor and Steyn the rest of the Miatas were about 8 seconds back.

But the Miatas were mixed up in the tail end of the E30’s race, so when the track went green again, Steyn was able to get past an E30 that unfortunately had contact with Ensor’s car, knocking the rear toe out of alignment and he had to retire.

That put Steyn into clear space and he raced with the E30’s and finished 24 seconds clear of Aaron Johnson who had a great race with Adam Molaver. Steyn set FRL again, this time on the 2nd last lap running a time of 2:17.503 in the midday heat.

Always great when Rossini powered drivers occupy all three steps on the podium!

So all in all a great weekend – 2 poles, 2 wins, and two fastest race laps. We are all looking forward to the NASA champs in COTA in 3 weeks time!