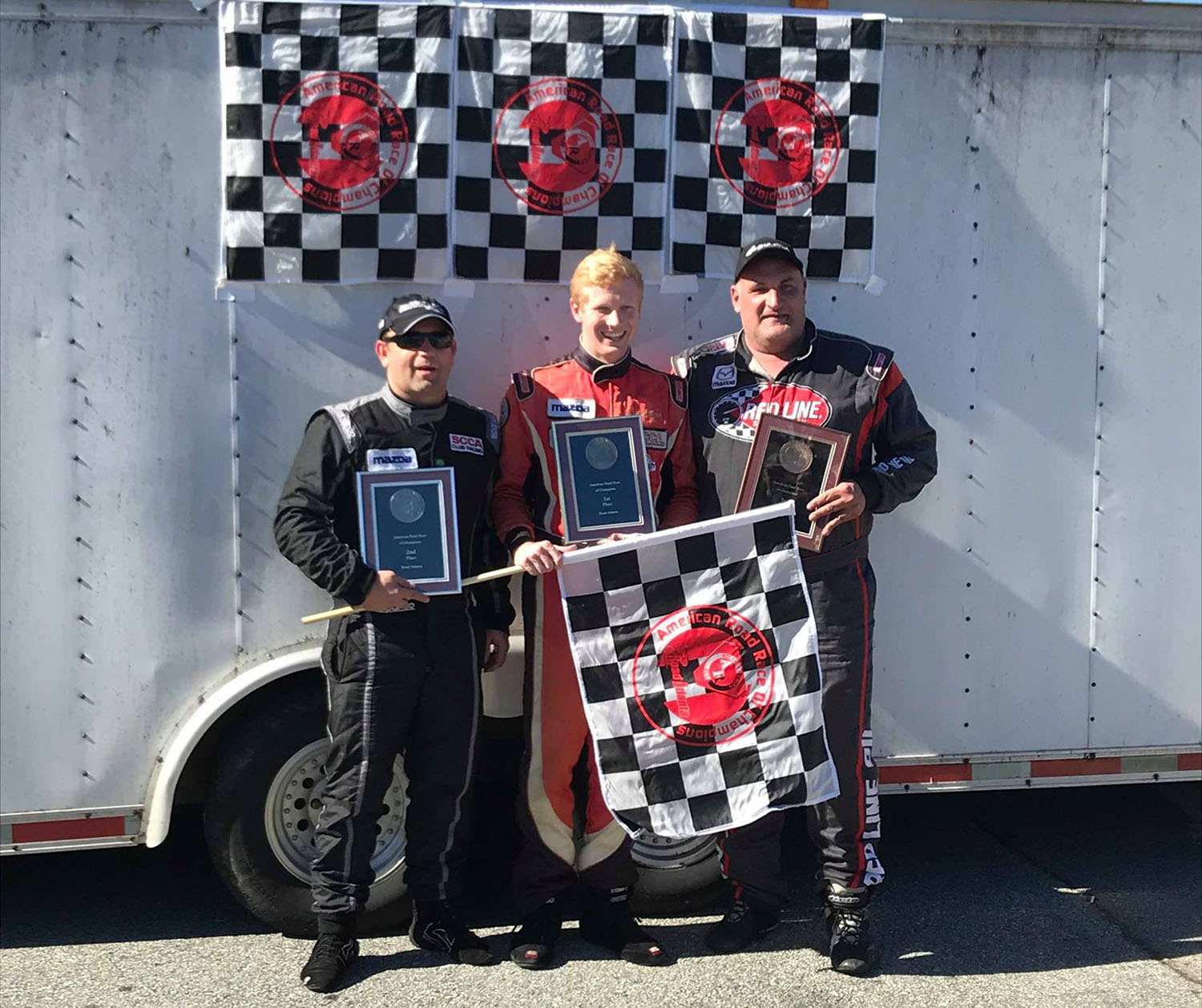 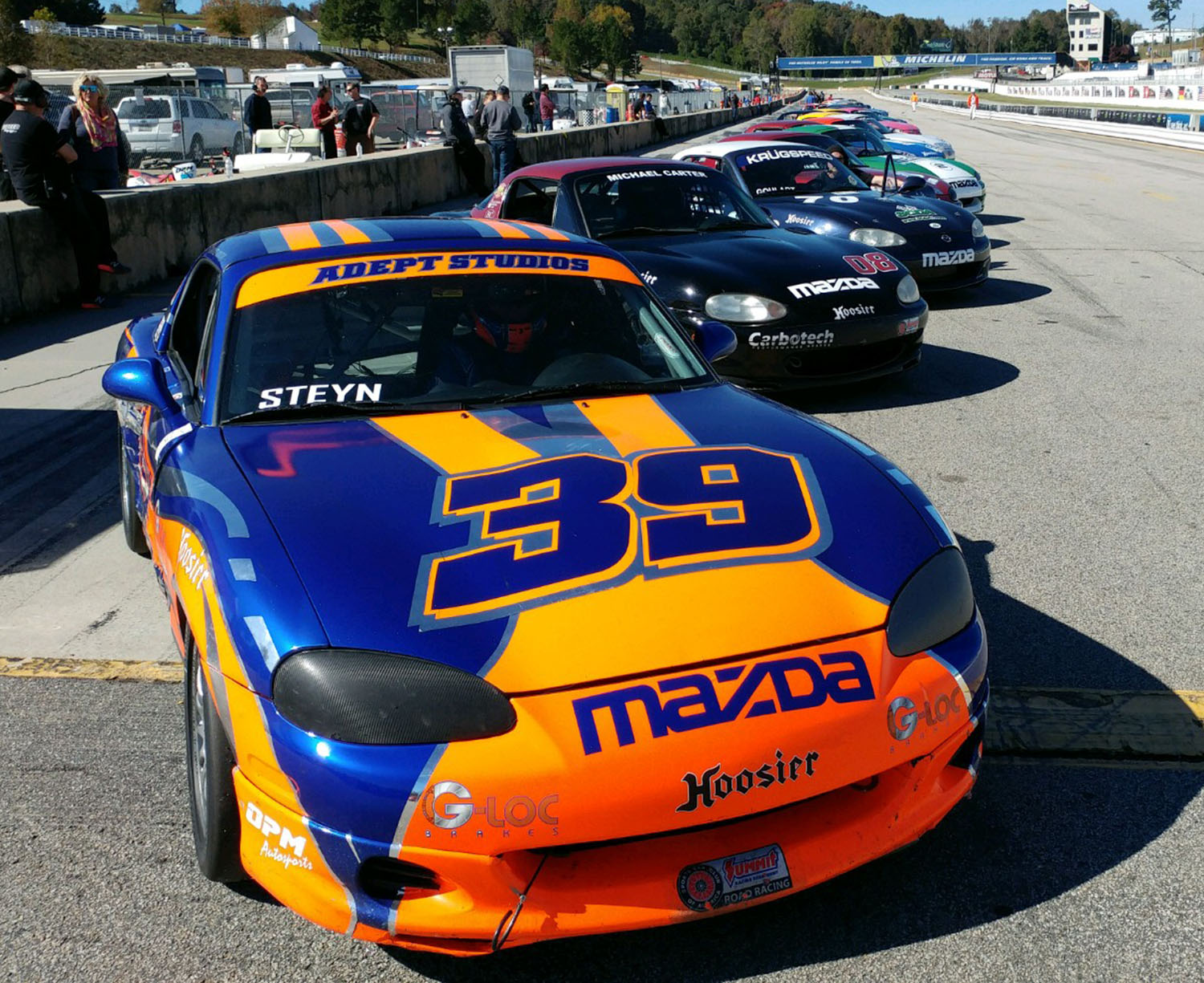 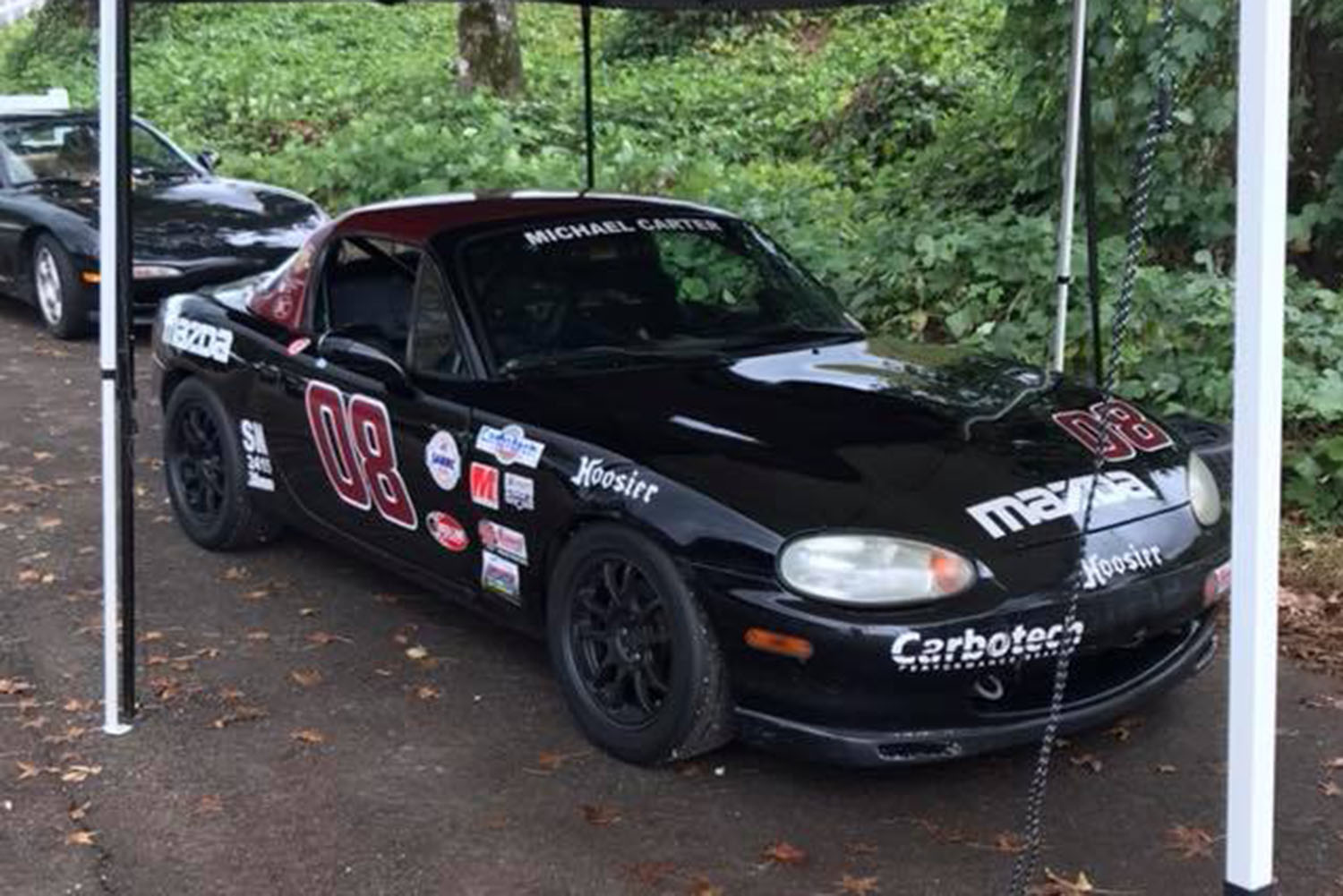 The American Road Race of Champions, commonly known as the ARRC, is held each year in November at Road Atlanta, and it heralds the end of the regional racing season. Over the years the ARRC has become a marquee event, steeped in tradition and ARRC wins are highly coveted.

Rossini racing’s two perennial front runners, Danny Steyn and Michael Carter were both on hand to contend for the win amongst a top class field with multiple Runoffs National champions and podium finishers including Jim Drago, Chris Haldeman and Elivan Goulart.

In Qualifying Session 1, Steyn was up on the wheel in the wet conditions and was on the provisional pole by over 3 seconds, but he knew that time would not last in the next session, which would be on a dry track.

In Qualifying Session 2, Steyn managed to put in another flyer, running two almost identical laps of time of 1:42.88, just outside the lap record time of 1:42.6. Carter was less than a tenth off his time to lock out the front row for Rossini powered cars, with multiple Runoffs Champion Elivan Goulart in 3rd.

In the feature ARRC Championship Race, Steyn had a poor start from pole and came through Turn 1 in 4th place while Carter stormed to the lead followed by Goulart and Haldeman. Steyn dropped back further on the back straight when he was out of line and got freight trained and by the end of lap 1 he was in 7th place.

Up front Goulart was pushing Carter to form a break-away and they started to to pull a small lead. Haldeman had an electrical issue and pulled off. Steyn had started to move up the field and by lap 6 he was in 3rd place with Jim Drago on his bumper and they were making a small dent in the lead, but it looked like Carter and Goulart had it made.

Then a car went off in T10A bringing out the Full Course Yellow, and bunching up the field for the restart. On the green, Carter led Goulart followed by Steyn and Drago. Carter, Goulart and Steyn started to break away from the rest of the field and a lap later Steyn passed Goulart and then, with Goulart’s help, moved into the lead with 5 laps to go.

Steyn and Goulart worked together to break Carter but he was holding on. Then Steyn made an error, sliding off in T3 trying to avoid a back marker, and the race became a two car race to the finish.

Carter persevered and held on to the lead to secure his first ARRC win, with Elivan Goulart in 2nd and Jim Drago in 3rd. Steyn recovered to finish 7th.

In the Atlanta Pro Cup Race, Steyn again started from the pole, and had a great and entertaining race long fight with Michael Carter, with Carter getting the win with an early checker.

And in the ARRC STL race, Steyn, starting from pole, won his 6th ARRC title, ending a very successful year of racing with wins at all the marquee events including the June Sprints, NASA Nationals, SCCA runoffs and the ARRC.