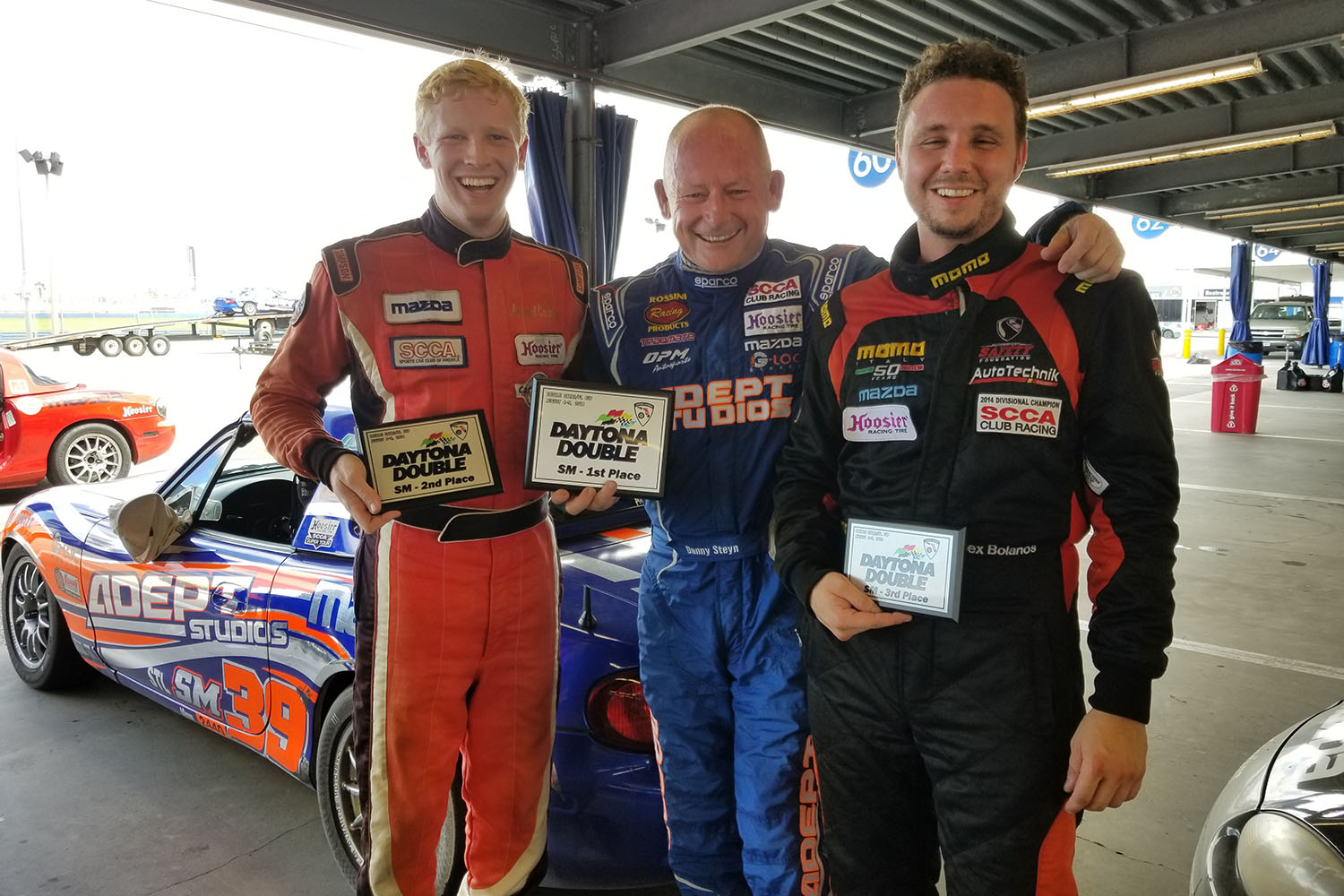 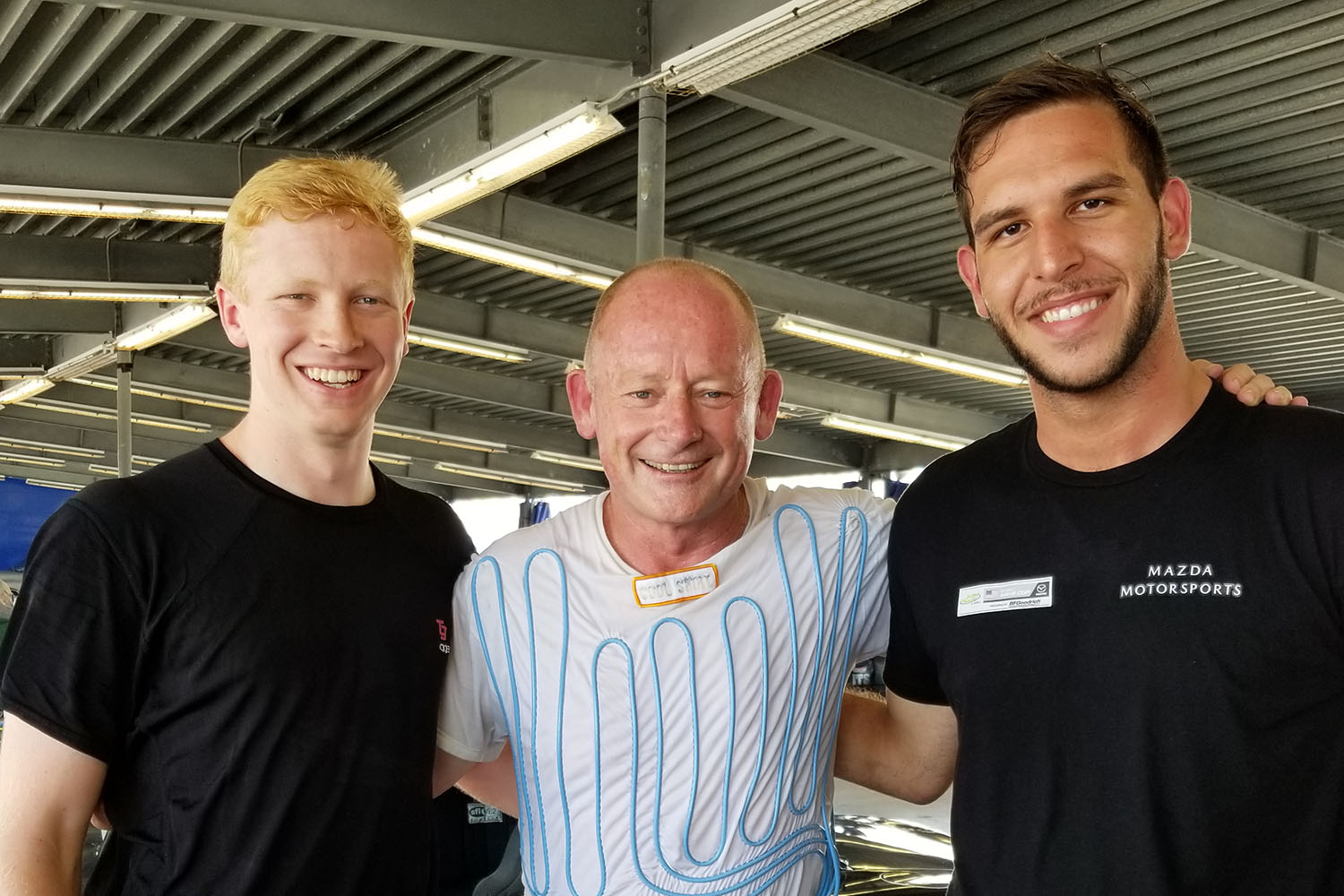 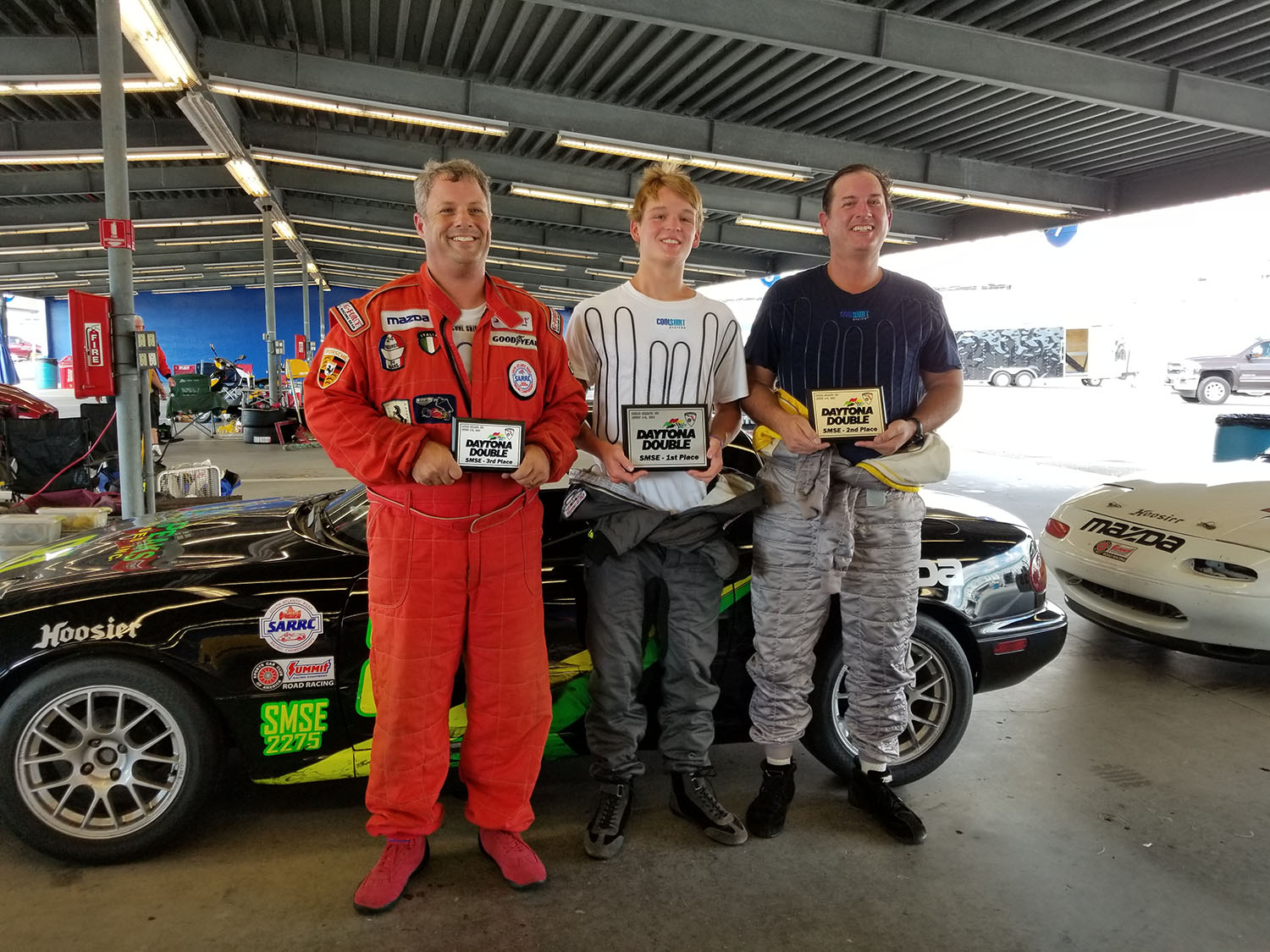 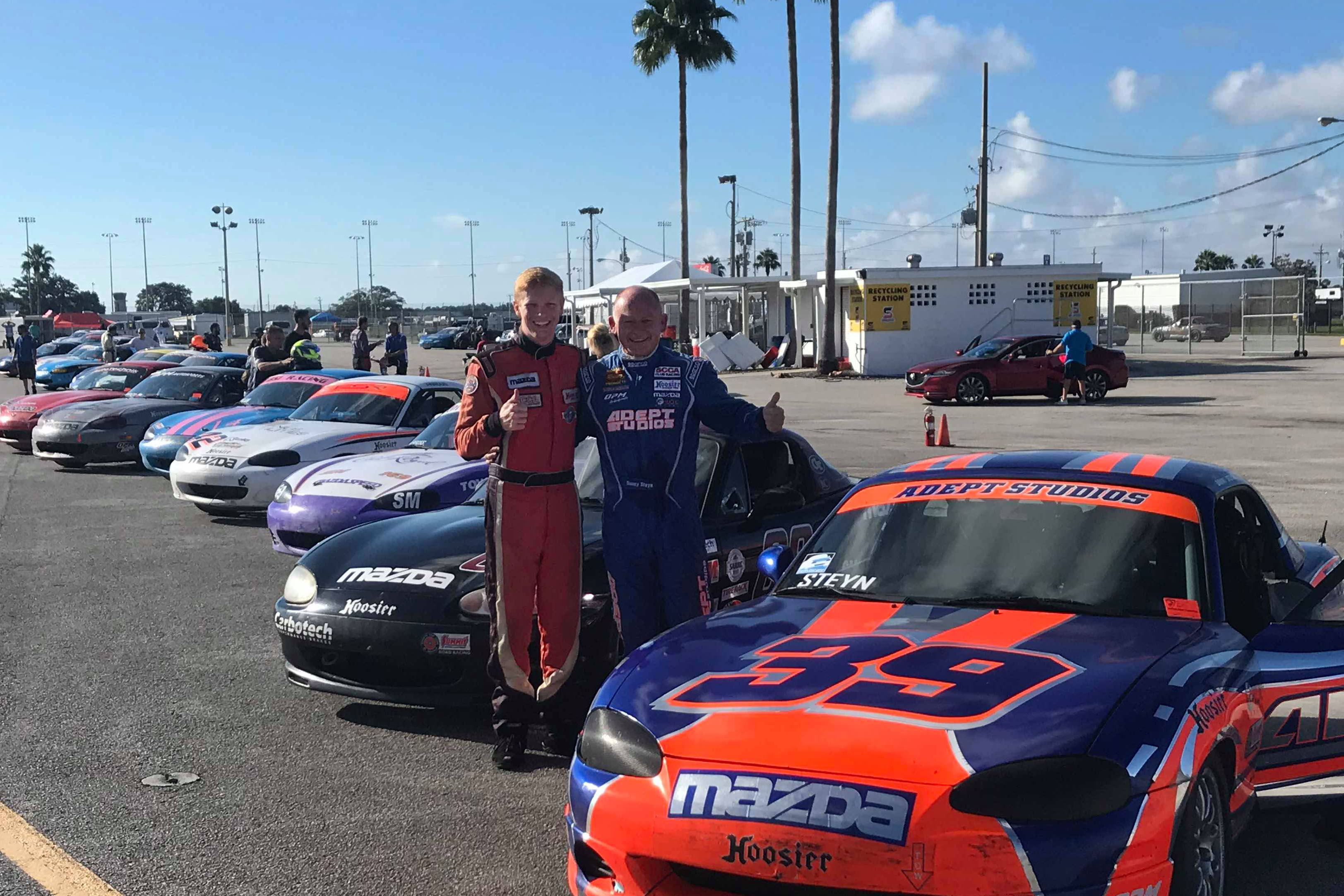 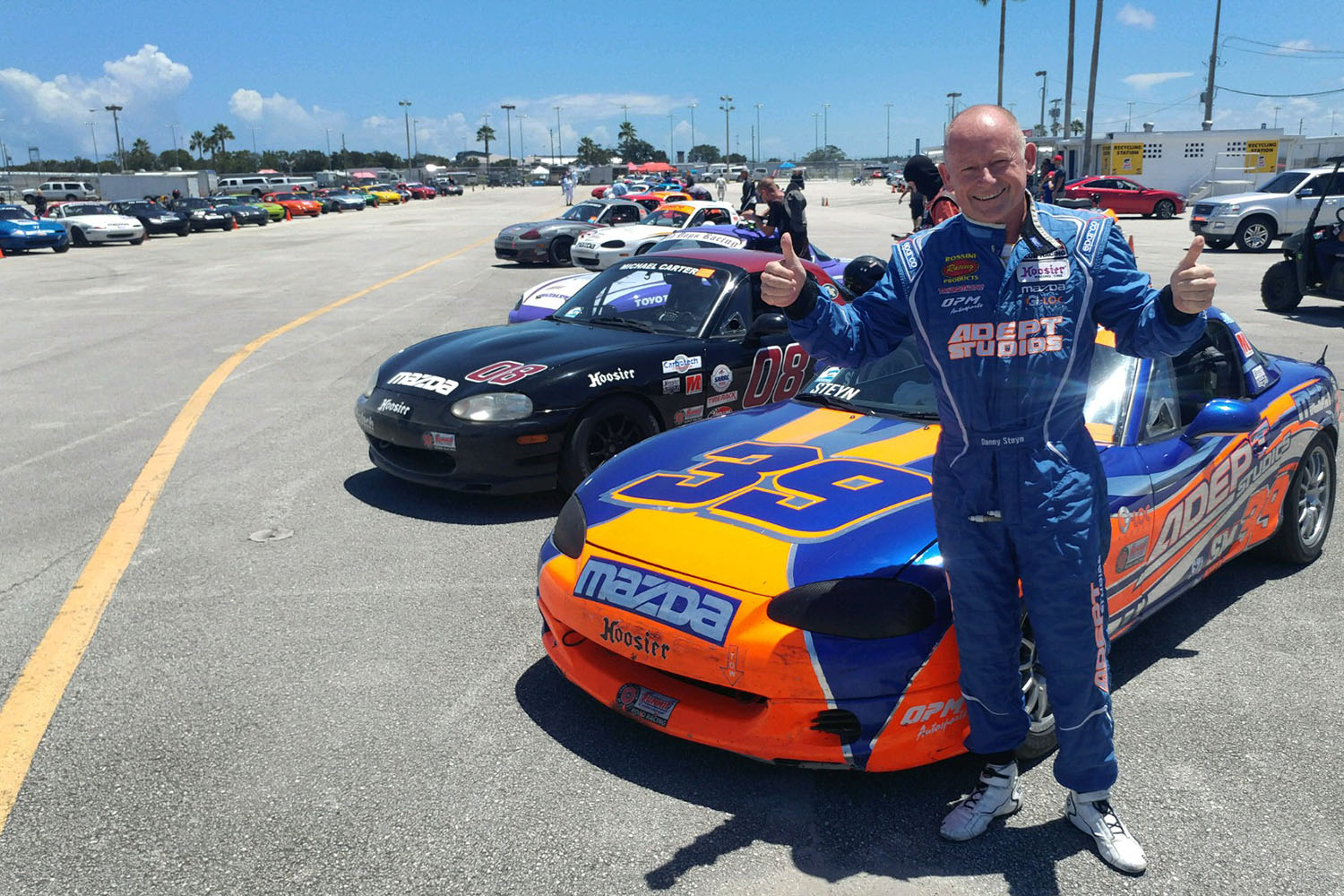 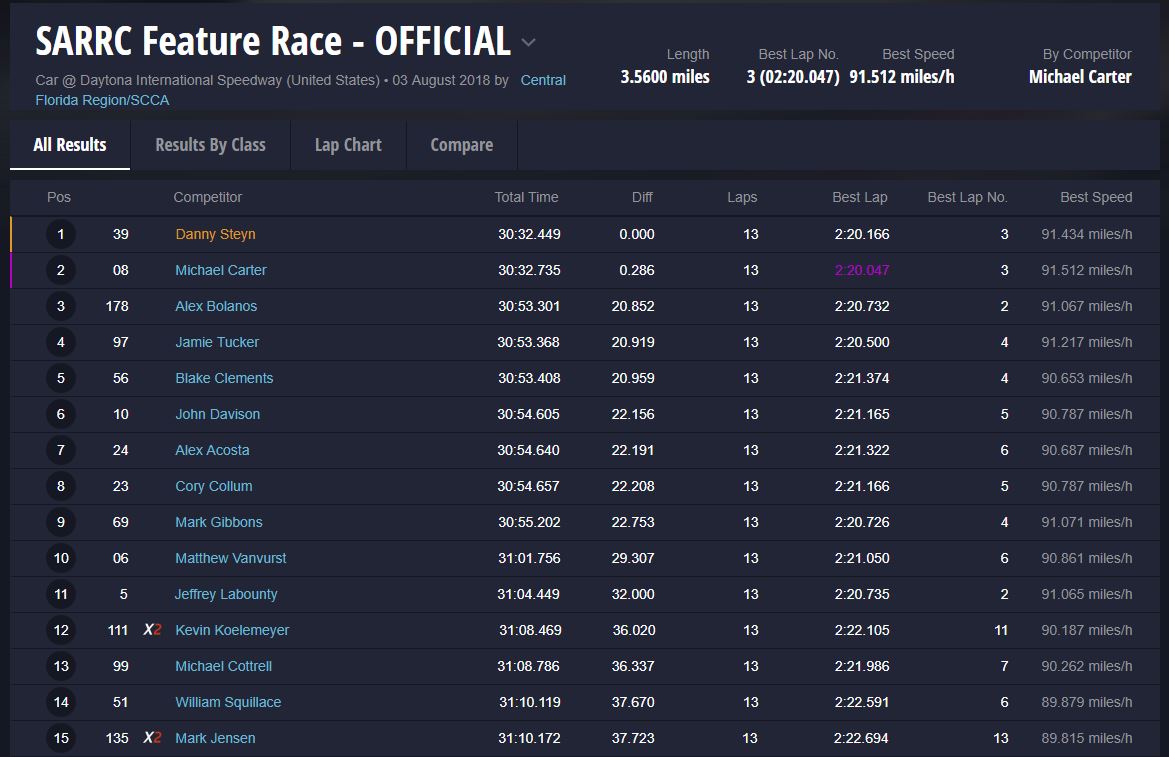 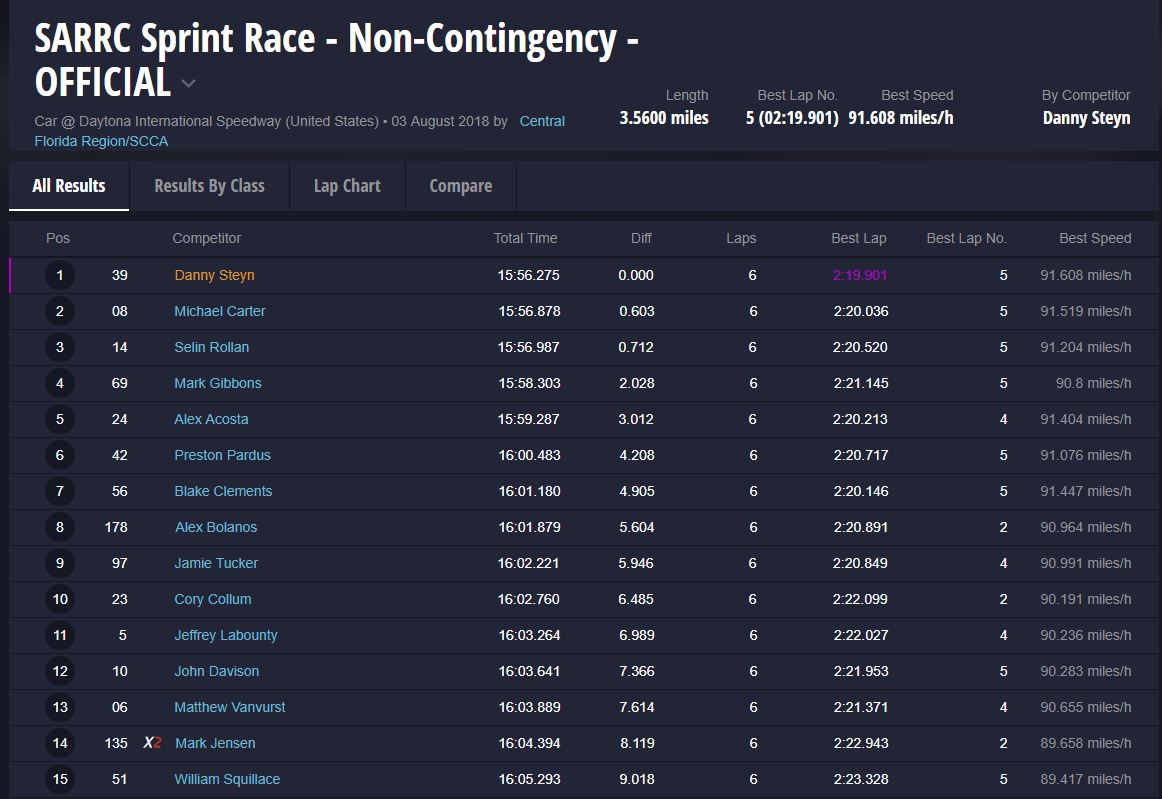 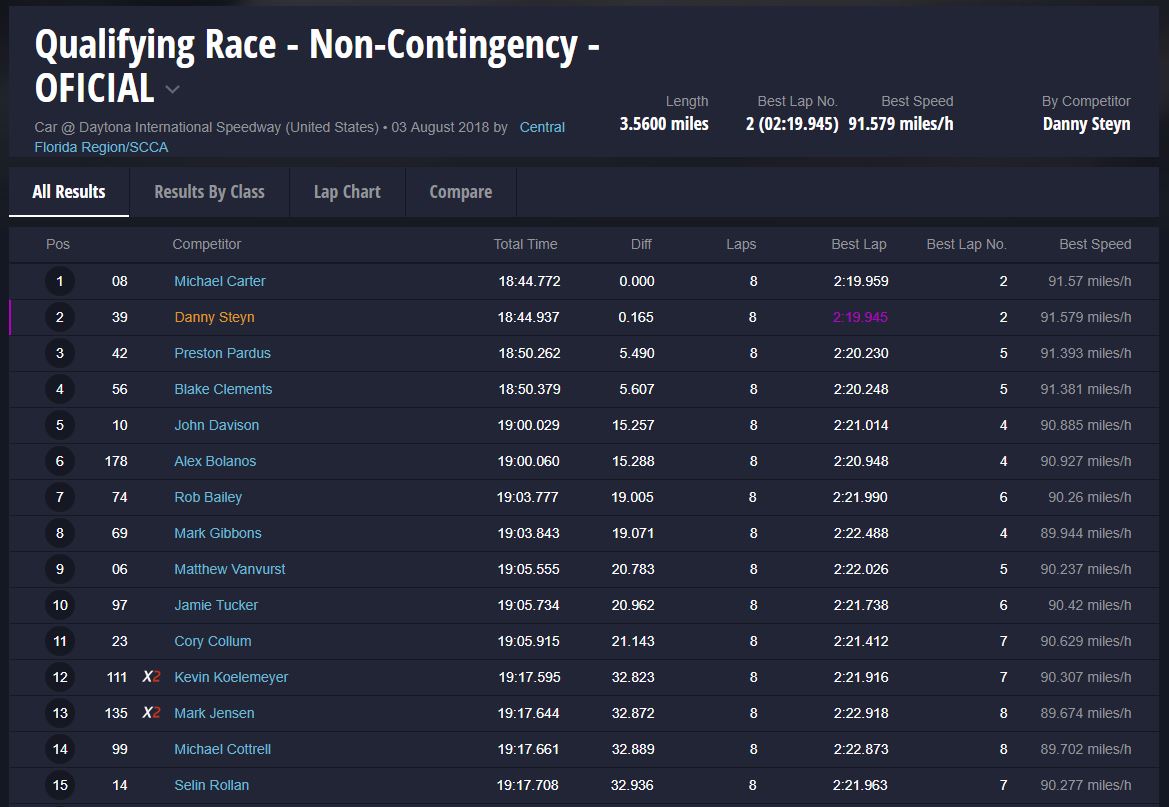 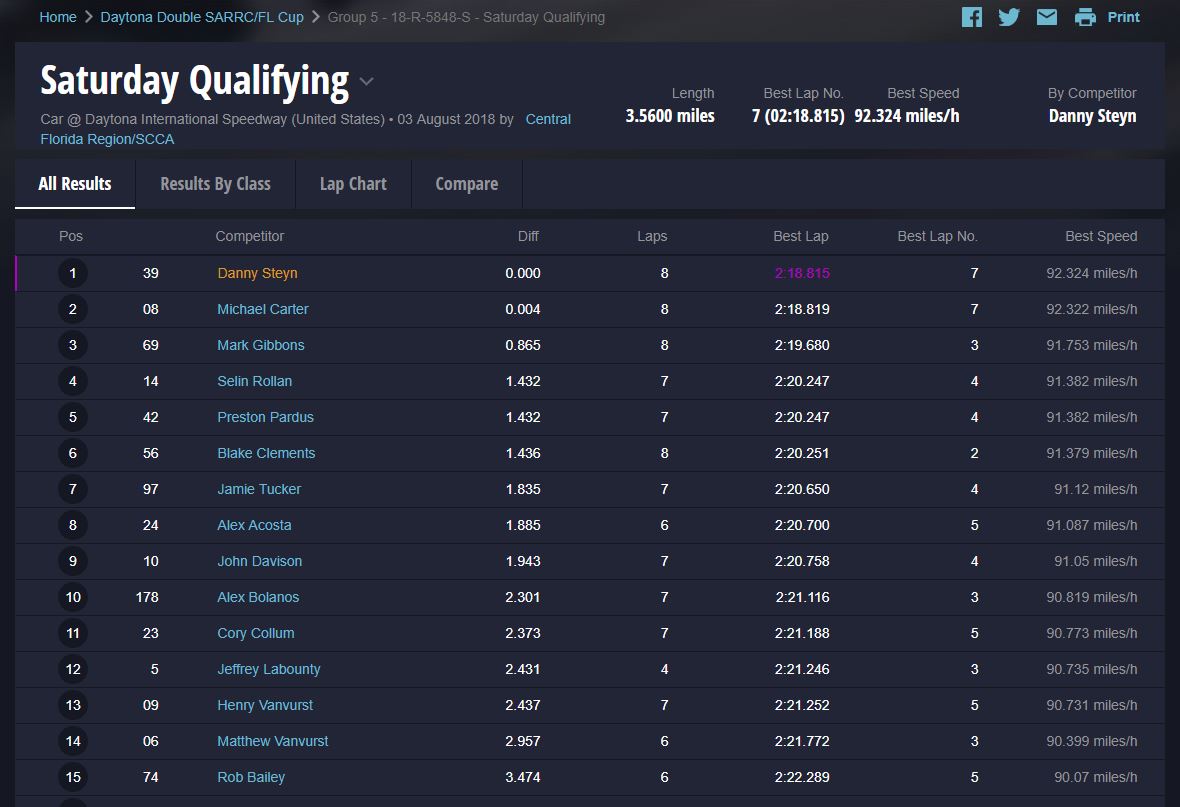 Danny Steyn, Michael Carter, Alex Acosta and several other Rossini powered racers joined 55 other Spec Miata drivers Daytona this past weekend to do battle in one of the best attended weekends on the SE Regional calendar.

In Qualifying, Steyn and Carter showed what can be done with committed teamwork and nailed a superb qualifying time of 2:18.815 in the blistering heat, ahead of 3rd place qualifier Mark Gibbons with fellow Rossini driver Selin Rollan in 4th place. Steyn got the pole over Carter by 4/1,000ths of a second. The usual Daytona favorites of Preston Pardus, Jamie Tucker, John Davidson, Alex Bolanos, Cory Collum and others just couldn’t seem to get the team work rhythm going and were surprisingly off the pace.

Saturdays Qualifying Race was a full on race, and once again Carter and Steyn hooked up and drove away from the entire field, with Carter winning over Steyn by 2/10ths of a second, but the two of them were clear of 3rd place finished Preston Pardus by more than 5 seconds, Blake Clements finished 4th. Steyn got the fastest race lap of 2:19.945 and other than Carter, they were the only two drivers to break into the 19’s

Sunday’s 20 minute Sprint Race 1 would be a really interesting affair. Steyn got to Carter’s bumper and they looked set to drive away, but Steyn got loose in the bus-stop and fell back to 5th, and then over drove Turn 1 trying to gain back some positions, but actually lost a few more positions. Carter was out front with Selin Rollan, but lap after lap Steyn was able to get closer and finally he got to Carter’s bumper andhe and Carter broke away. Unfortunately the race was finished under double yellow and Steyn just happened to be leading when the yellow was thrown. Carter finished 2nd and Rolland finished 3rd giving Rossini engines a 1-2-3! Steyn had the fastest race lap with a 2:19.901

Sunday’s 30 minute Feature Race was in blisteringly hot conditions, and managing tires and engine temperatures would prove to be vital elements to the race. This time Steyn and Carter got it dialed in an put on a racing clinic on how to team up at Daytona where having a committed drafting partner is the key to success. Each lap they would exchange the lead, the pusher then became the pushed. Carter’s 99 and Steyn’s VVT were equal on the track, and were able to push for one lap before becoming heatsoaked. With one lap to go, Steyn was in the lead, with Carter hanging back to get the run and slingshsot on the final run to the finish. But Steyn was able to just gap Carter enough in the bus stop, and then catch a sniff of a draft from two lapped cars ahead, and managed to squeak out the win on Carter. Carter however set the fastest race lap at 2:20.047. Alex Bolanos finished 3rd more than 20 seconds back.

Thanks to Dave Green for the superb banner shot from test day – make sure you check out his link for the weekend’s images – he is a great auto sports photographer.