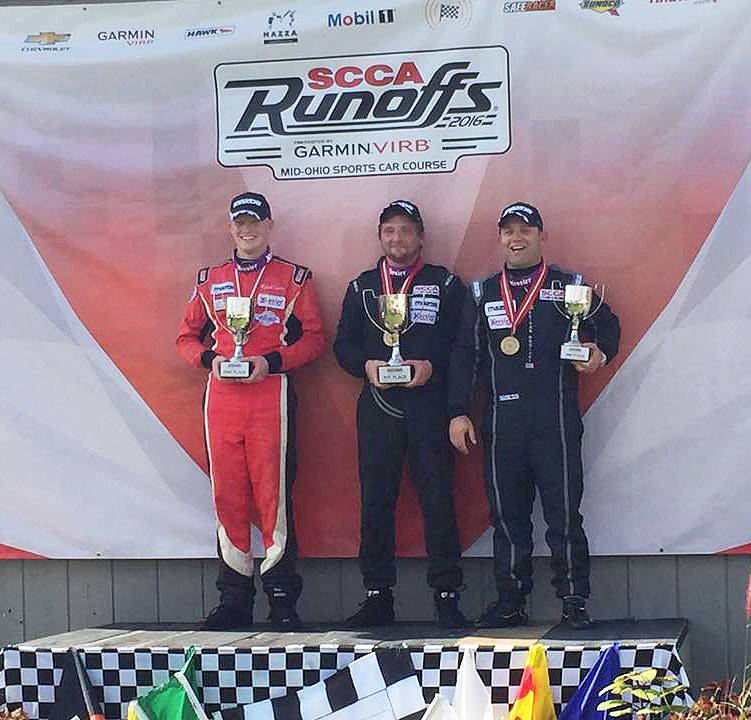 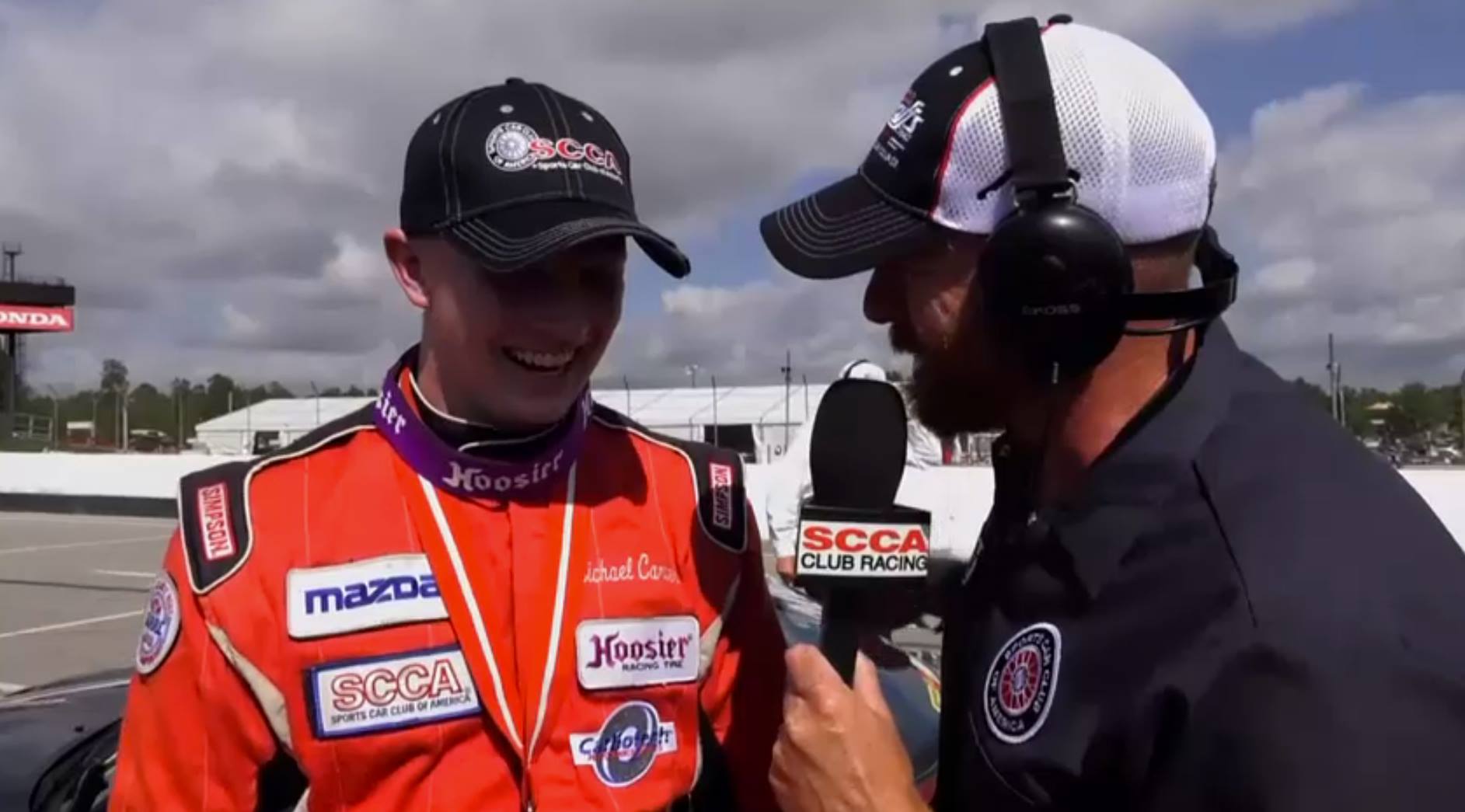 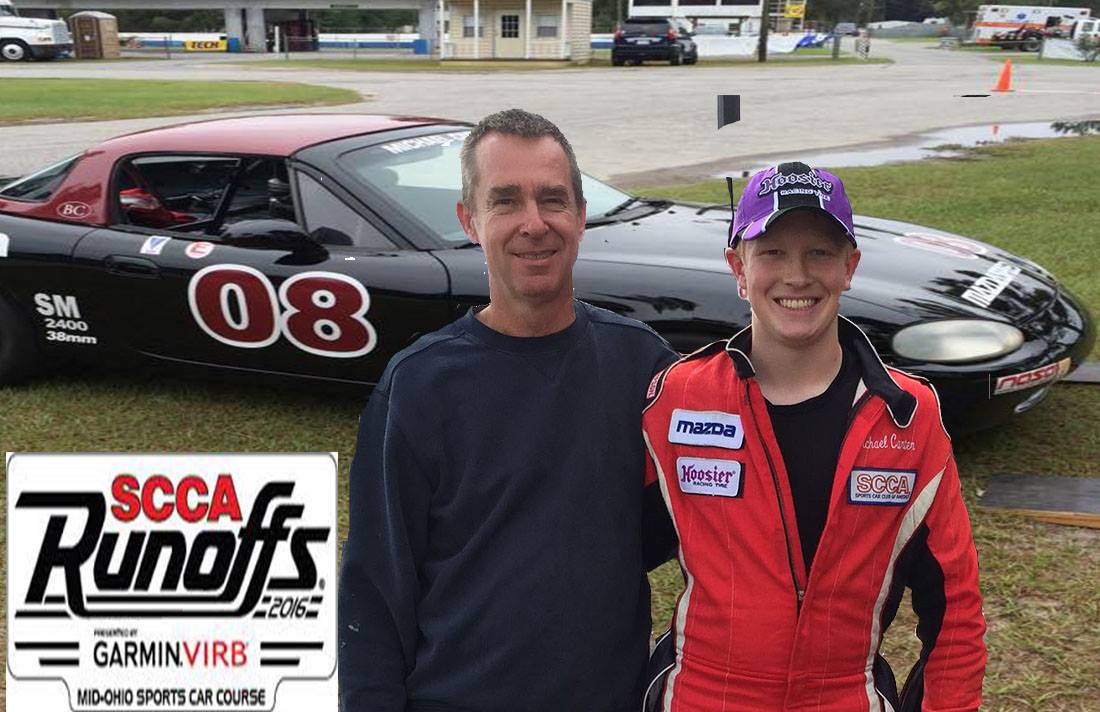 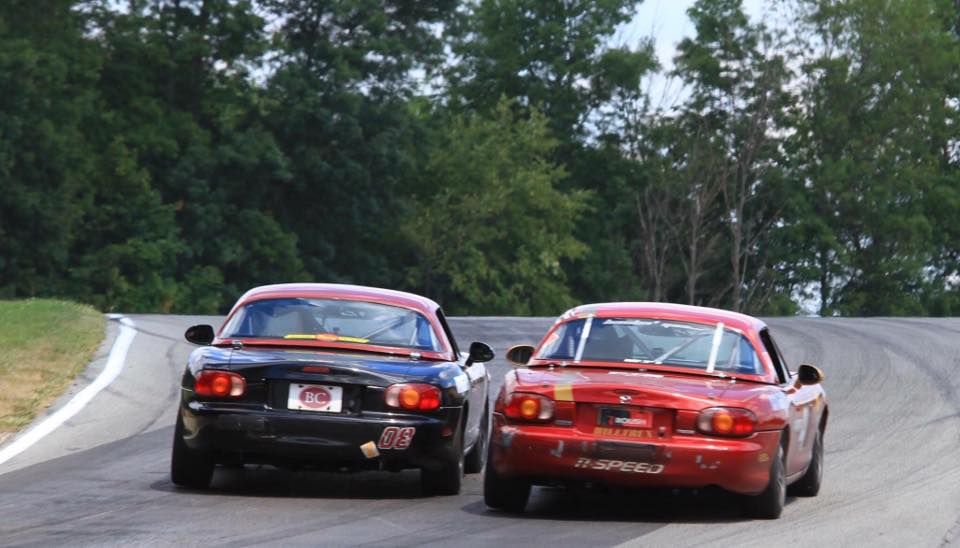 16 year old Michael Carter has been racing since he was three years old, but it is only his 2nd year racing in one of the most competitive classes of all amateur racing, Spec Miata. And this past weekend, his years of racing all paid off as he was able to outperform many established champions and contest every lap, finishing 2nd to Justin Hille by just 3 tenths of a second.

Carter qualified well in 3rd place, and raced an intelligent race, allowing multiple champion Jim Drago to push local favorite Justin Hille, lap after lap, while he conserved his car and tires behind the 2 leaders. With multiple champion Elivan Goulart on his tail. Two thirds of the way through the race, in front a huge spectator crowd, Drago made a move on Hille, but was unable to hold the pass, and Carter pushed Hille back to the lead and put himself into 2nd place, right in Hille’s bumper.