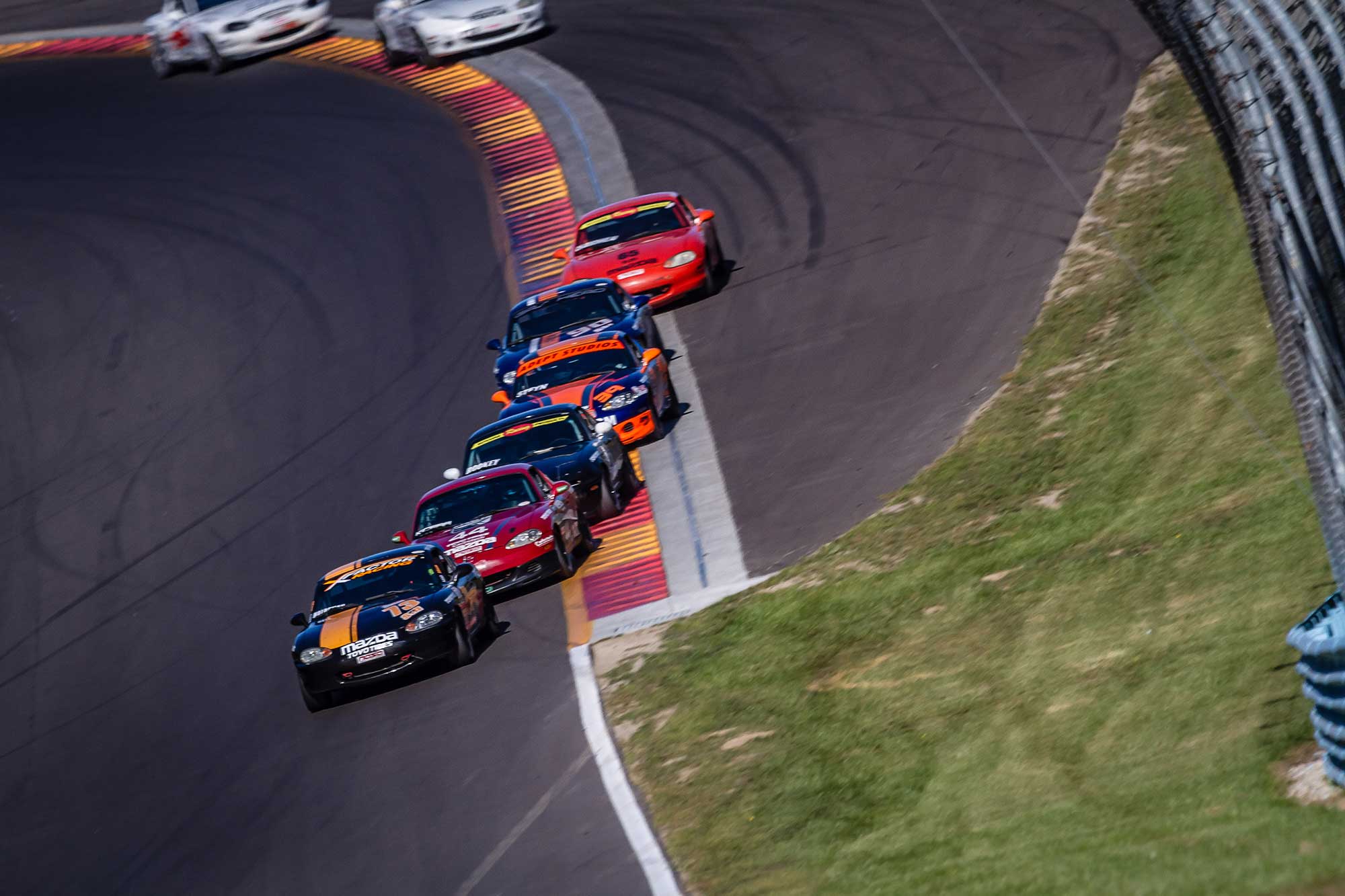 Due to a conflict of Championship dates between NASA and SCCA, drivers were forced to make a decision. Most of Rossini drivers elected to race NASA’s Championship event at Watkins Glen. Rossini driver Ralle Rookey proved just how effective a weapon the newly updated NA 1.6 Spec Miata can be in the hands of a talented driver, but putting his car on the pole alongside Chris Haldeman. Rossini drivers filled out 5 of the top 10 grid positions with Danny Steyn, Preston Pardus, Andrew Charbonneau, and Brian Henderson in 6th through 96h position.

In the race Steyn proved that he is always a contender, leading at one time and finally finishing 3rd for the final step on the podium.

Rossini engines powered the Majority of the engines at the NASA champs, something that we are extremely proud of. Drivers that represented our engines at the championships include Danny Steyn, Ralle Rookey, Andrew Charbonneau, Preston Pardus, Ryan Fisher, Jaso