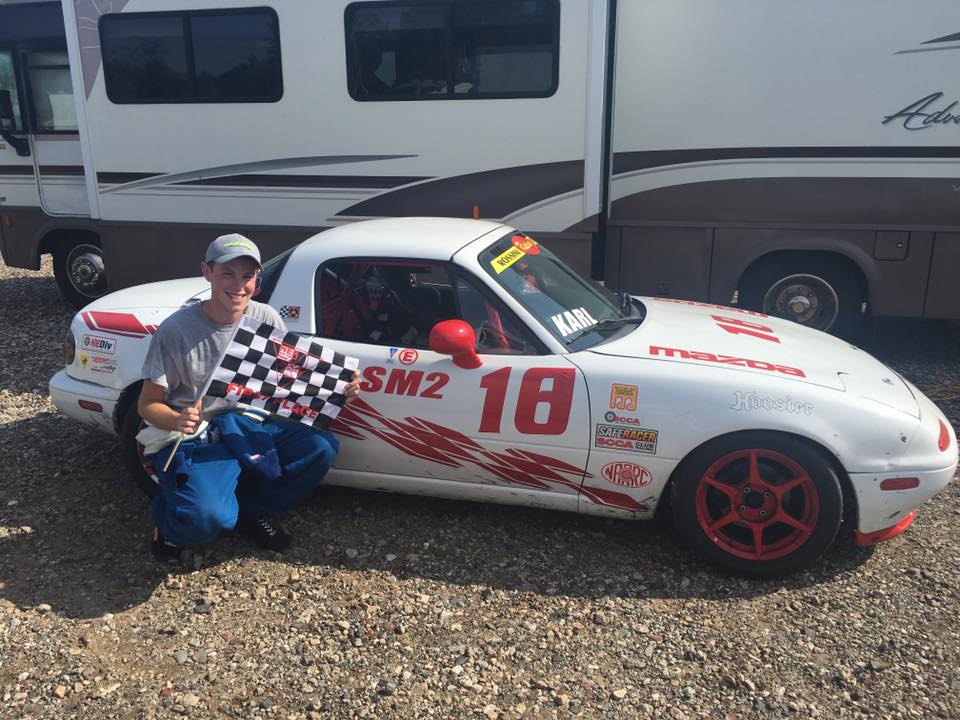 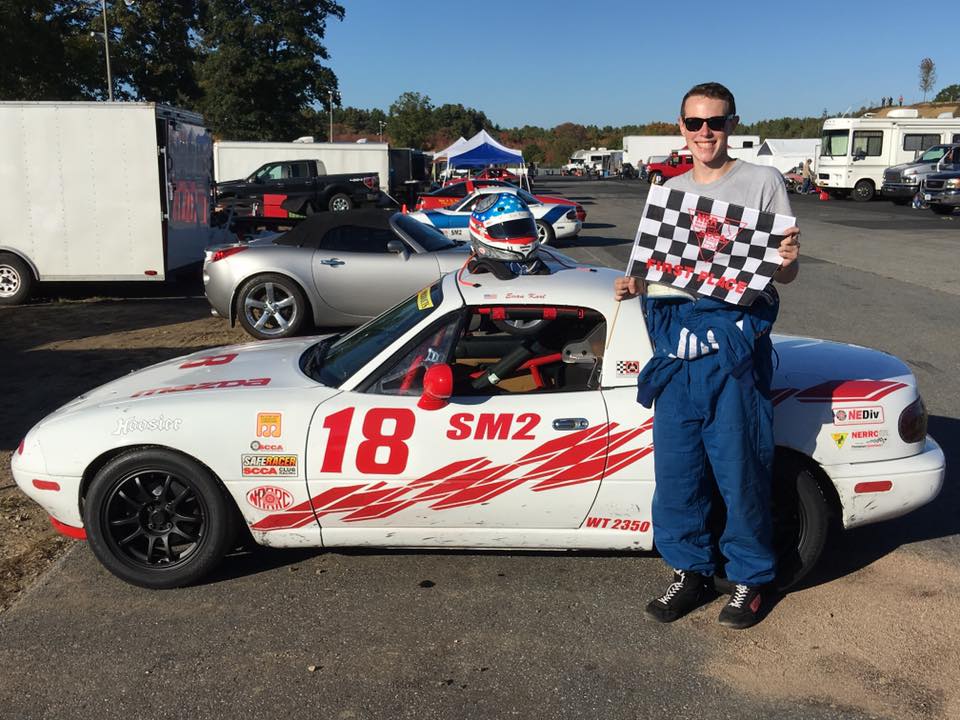 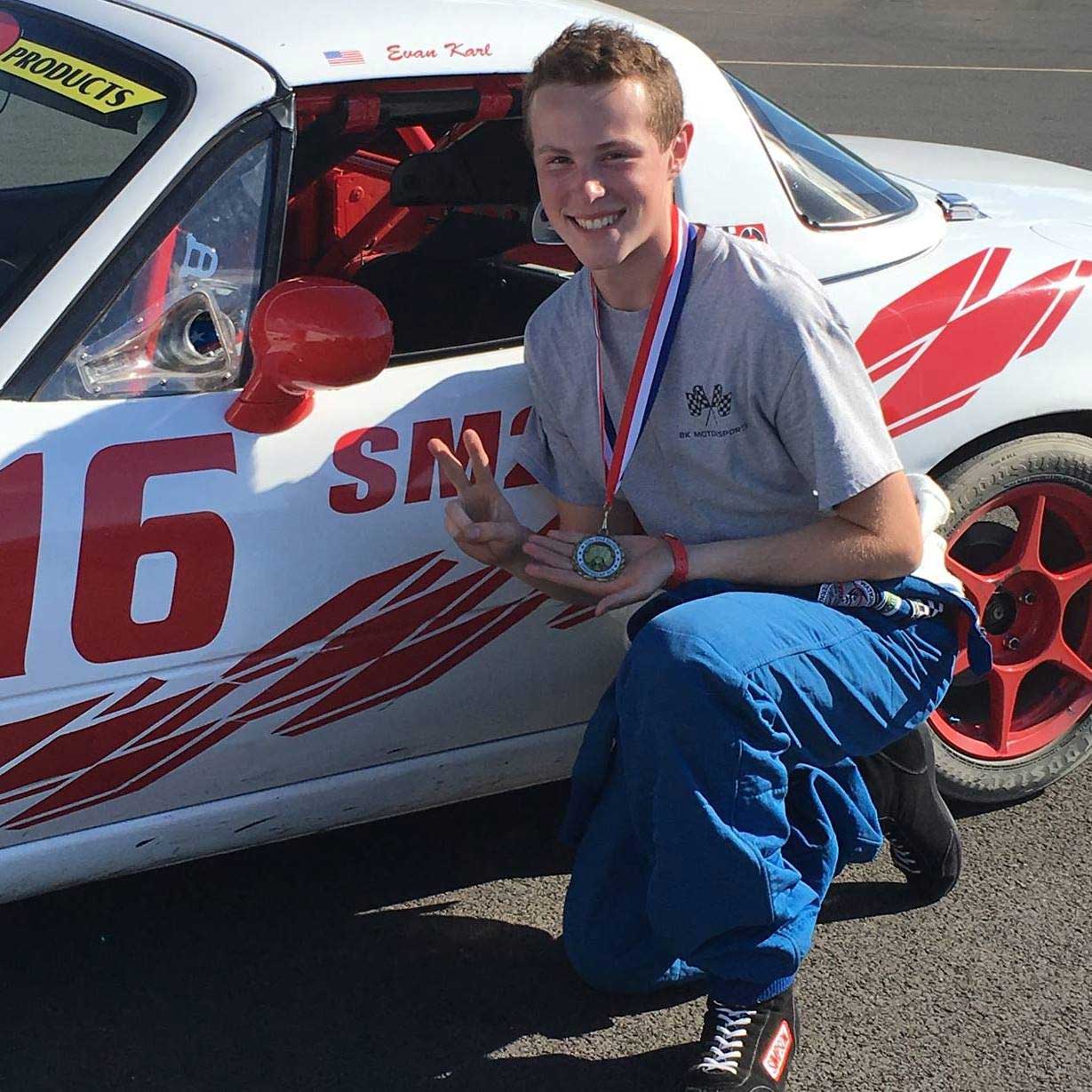 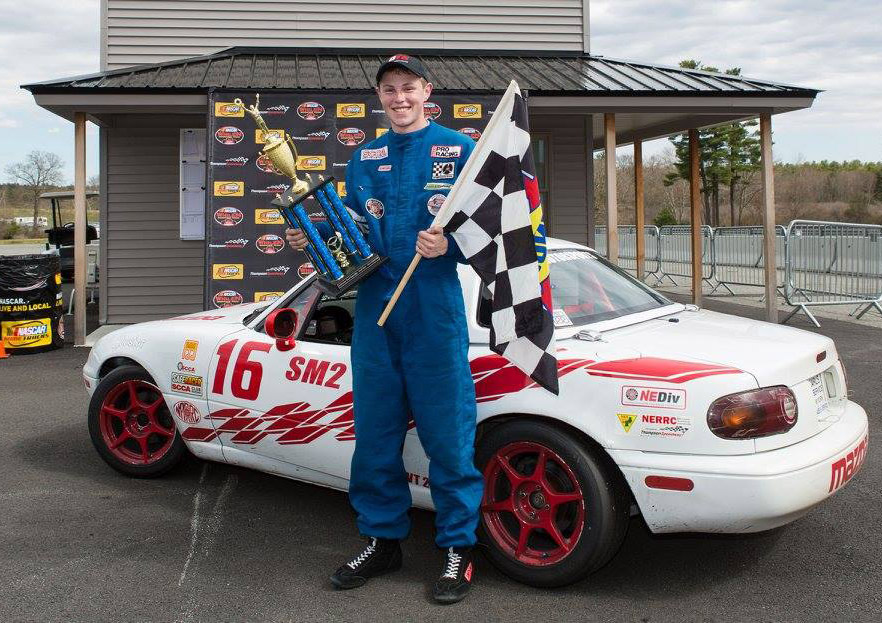 It’s always so rewarding to see our young drivers doing so well. After winning the Northeast SM2 Division Championship in his first year of racing, Evan Karl was optimistic for the 2016 season, and set a personal goal of finishing every race in the Top 5. To his credit Evan succeeded, and along the way amassed a collection of 15 podiums and 7 race wins, clinching the North Atlantic Road Racing Championship in SM2 for the 2nd consecutive year, as well as securing the New England Region SM2 Championship

More importantly, Evan learned a lot about himself and the car, and with a dedicated program of simulator training he hopes that 2017 will be even more rewarding. Here’s wishing you everything of the best for 2017 Evan, we are expecting big things from you!