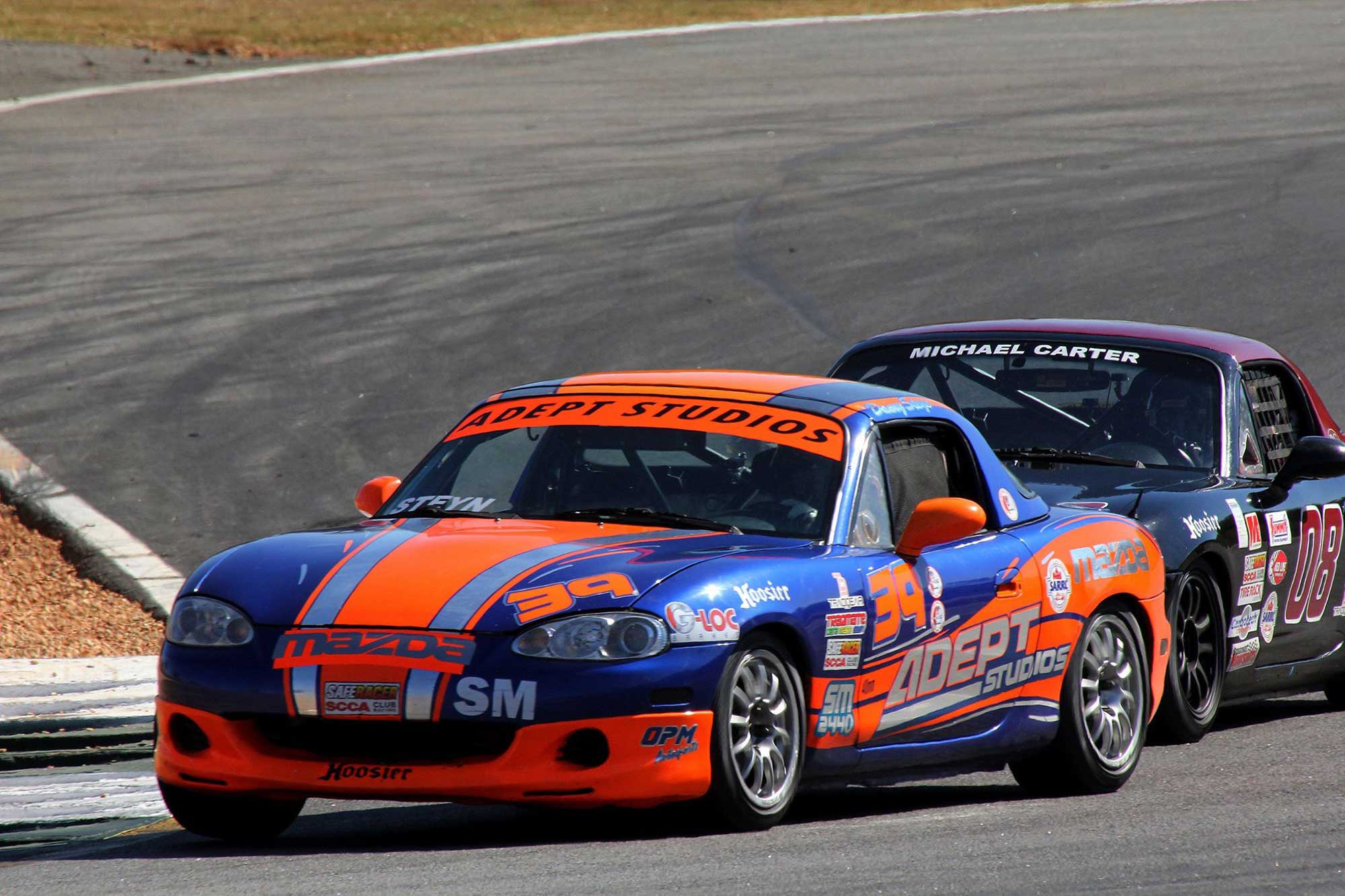 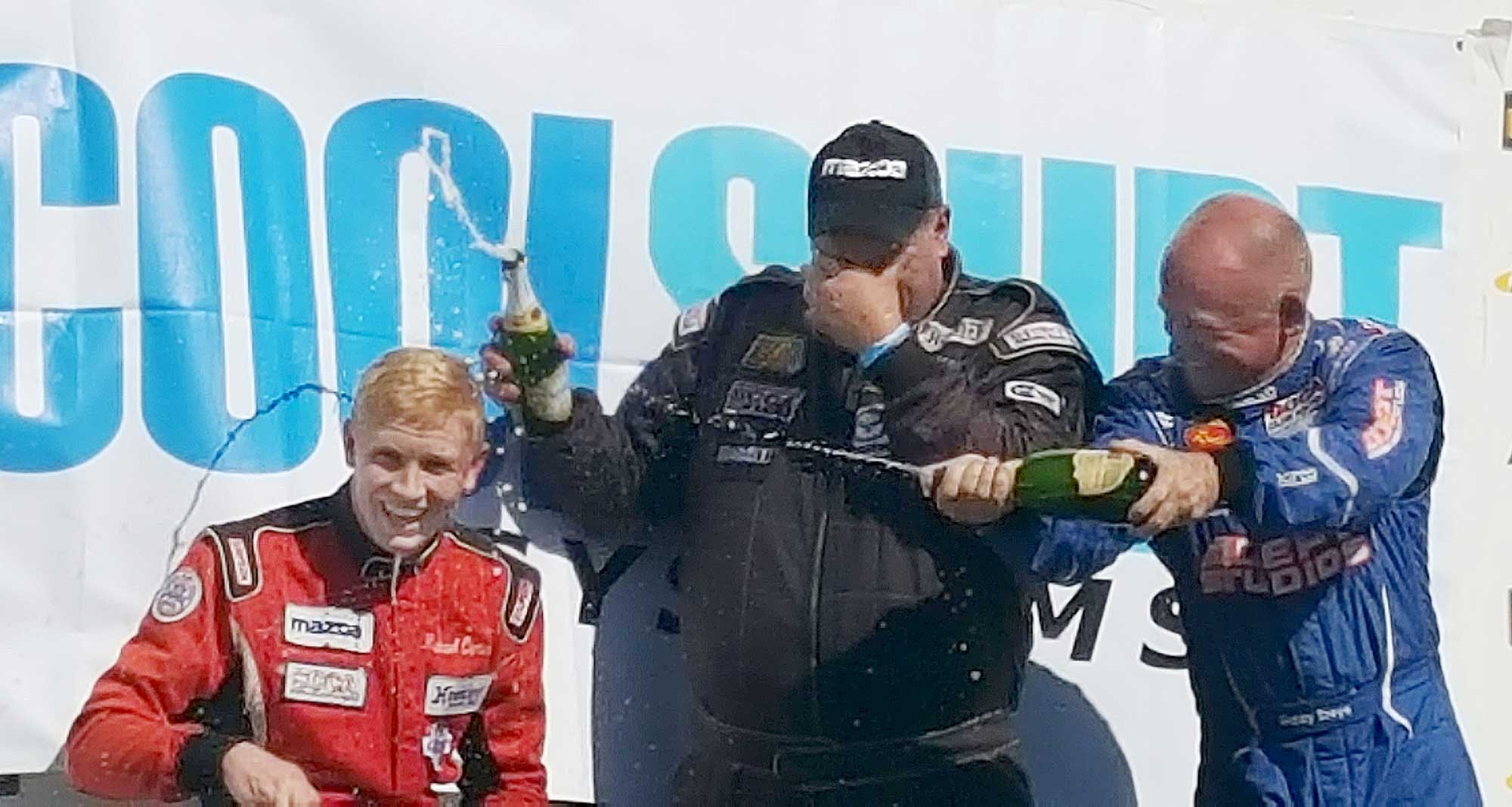 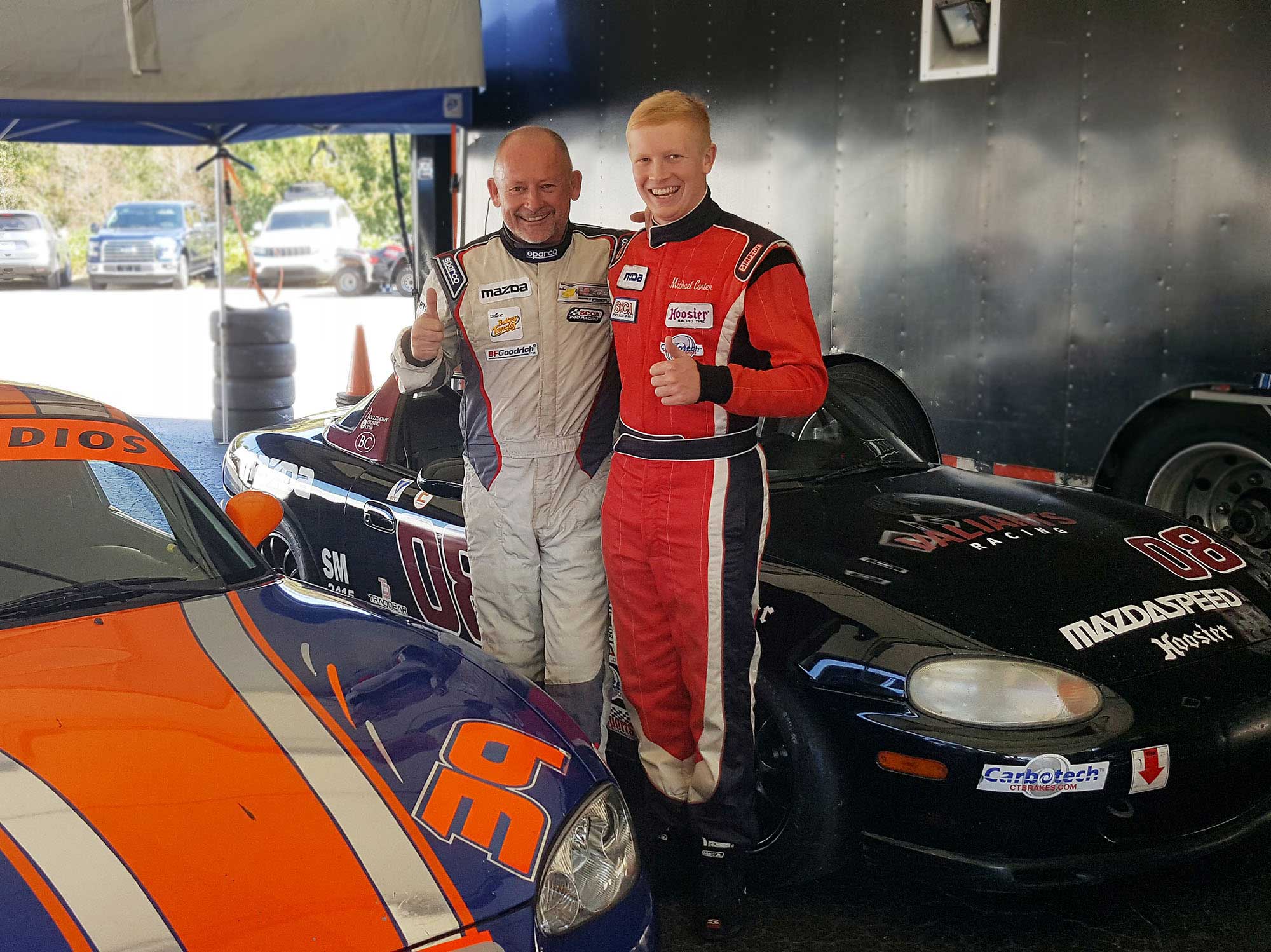 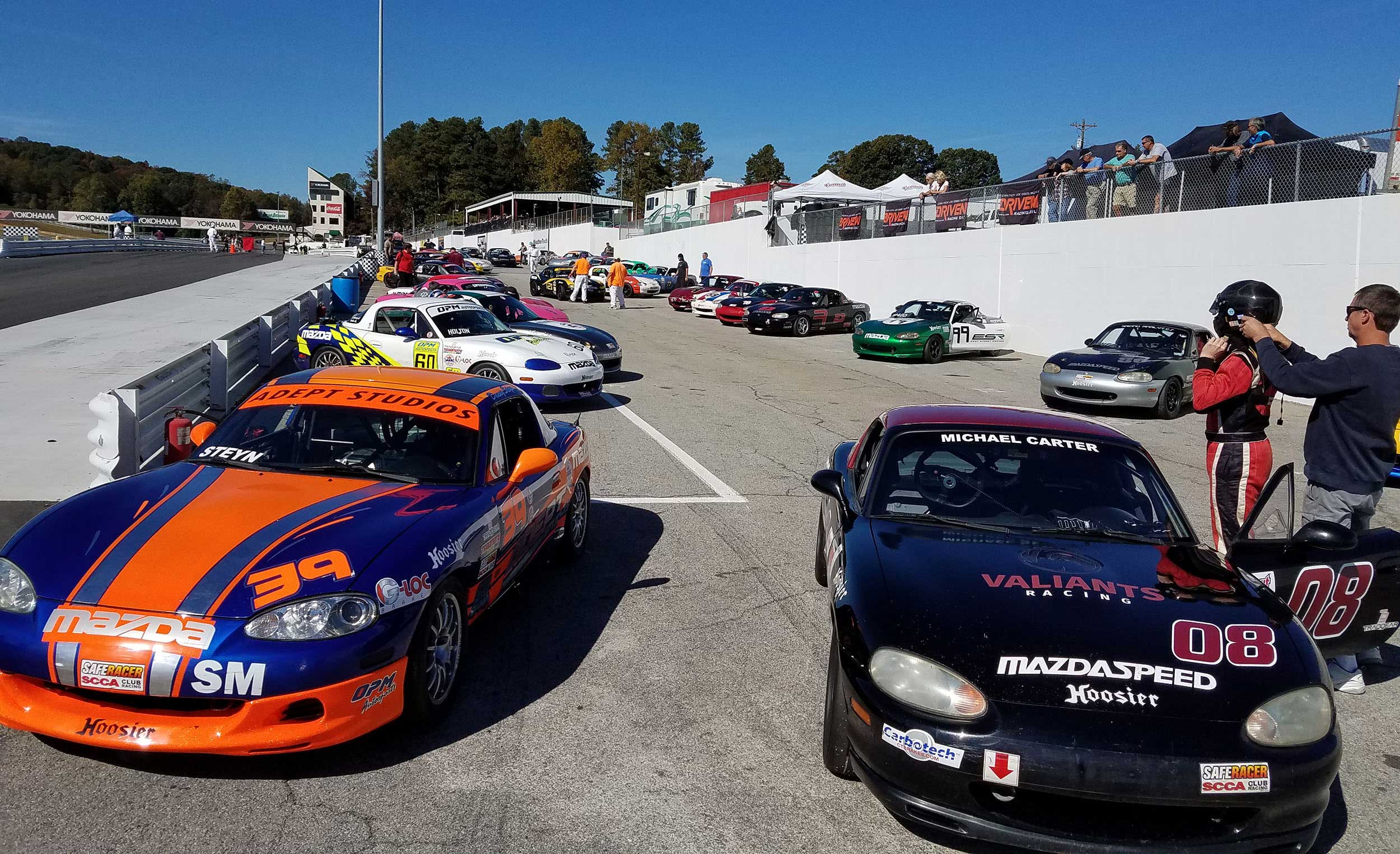 Despite starting on the front row and working together in the draft, Steyn and Carter were no match for Jim Drago who just drove away from the Rossini team mates to win his first ARRC title. Steyn and Carter hung on gamely and had to settle for 2nd and 3rd. After the race, on the podium, 16 year old Carter showed his complete lack of experience, being unable to get the cork off his Champagne bottle and was thoroughly doused by Drago and Steyn.

Steyn was able to go out later in the day and clinch his fifth ARRC title winning the STL Race. Steyn has three Spec Miata ARRC titles, and Carter has finished on the podium the last two years.