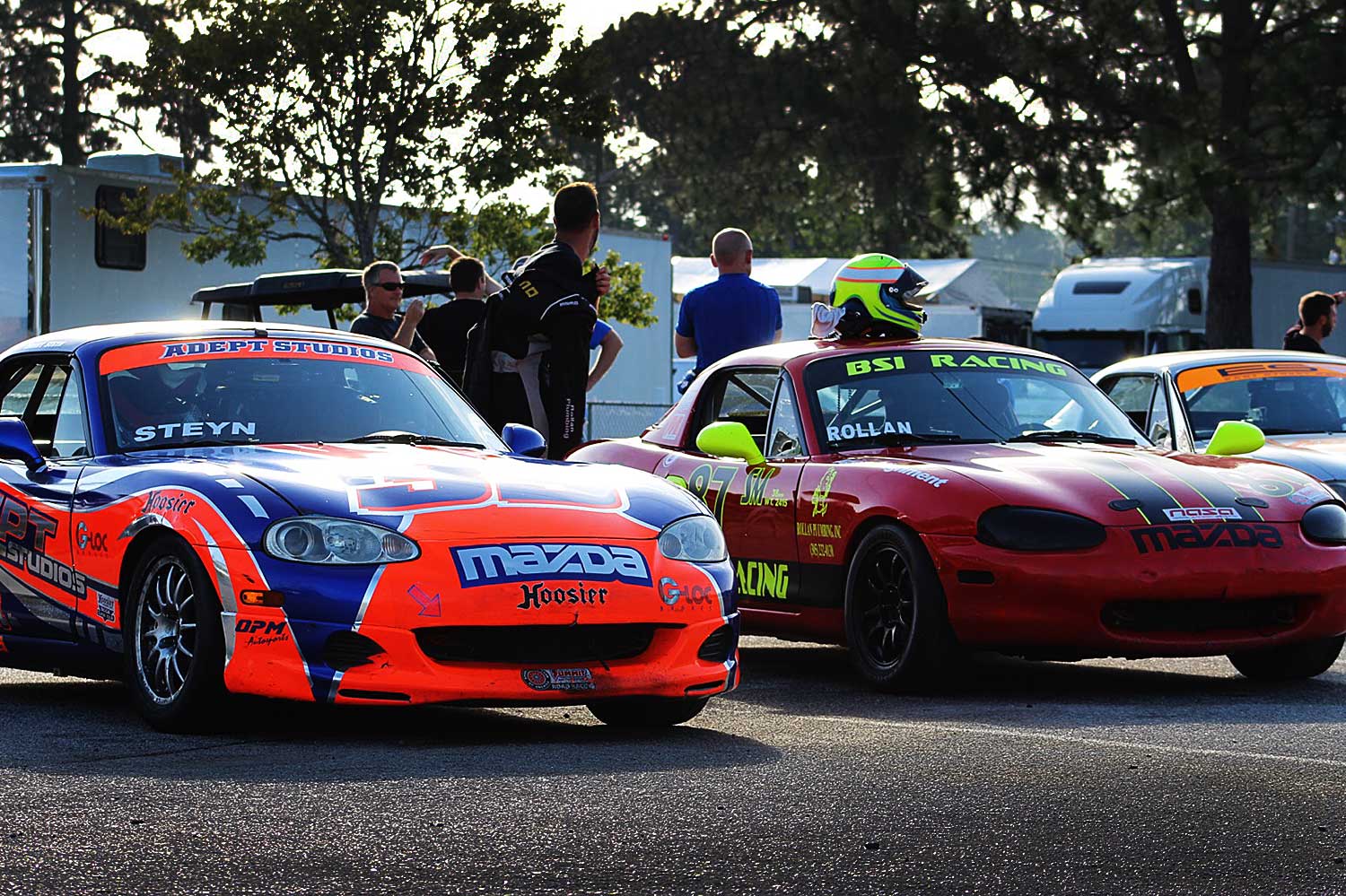 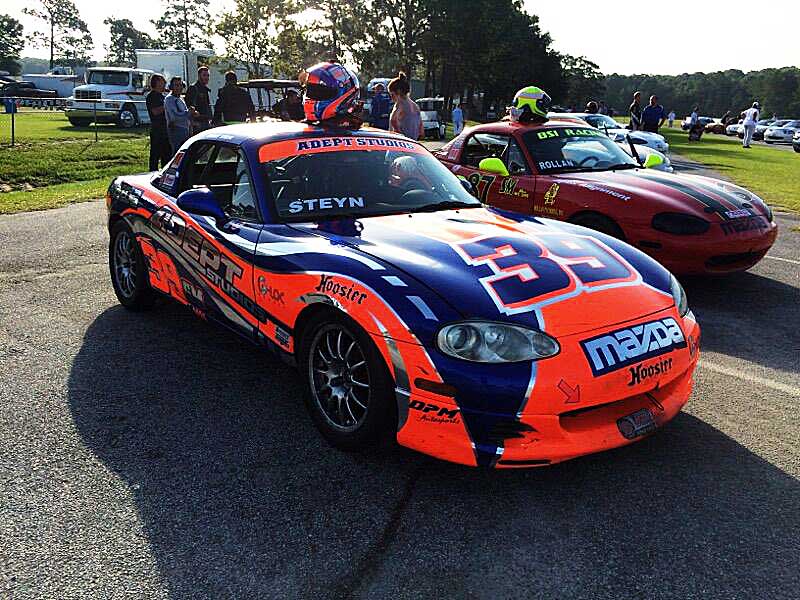 Coming into the weekend two Rossini drivers, Selin Rollan and Michael Carter, were in the lead in the points race, and both needed to secure wins to clinch the championship against Alex

Bolanos who had three wins and three 2nd place finishes in his 6 finishes.

The weekend Qualifying Session 1 started well with Rossini drivers Danny Steyn and Selin Rollan qualifying on the front row for Race 1, with Todd Buras 3rd and Rossini driver Preston Pardus finished 4th. Michael Carter was the first casualty of the weekend, going off on his first lap of qualifying, and ending up buried in the forest, missing the entire session. That put him last on the grid for Race 1.

In Race 1, Steyn slotted in behind Rollan, and managed to push Rollan away from the chasing field, lap after lap gaining a little time each lap, until a spinning lapped car finally put too much distance between them and the chasing field. Rollan held of Steyn’s last lap challenge to win by 54/1,000ths of a second. Preston Pardus finished 3rd, his first majors podium, locking out the podium for a Rossini 1-2-3. Michael Carter drove an amazing race, moving up from dead last at the start to finish 5th in a very impressive drive. The consistency of pace at the front was remarkable with Steyn and Rollan completing 5 consecutive laps with less than one tenth of a second of variance!

In Sunday’s 2nd qualifying session, once again Steyn and Rollan led the field, running 5 consecutive laps faster than the 3rd place qualifier. Steyn got the pole 5/1,000ths of a second ahead of Rollan with Todd Buras in 3rd and Preston Pardus in 4th. Jason Connole qualified in 5th with Michael Carter in 6th making it 5 Rossini powered drivers in the Top 10.

For Sunday’s Race 2, Buras pushed Steyn to the lead and slotted in behind Steyn with Rollan in 3rd and Pardus in 4th. For the first few laps the lead changed several times until Rollan and Buras touched wheels and Steyn got to Rollan’s bumper. But Buras and Pardus were soon together on the hunt and by now, with the fighting up front, Carter had made contact with the front runners. Two full course yellow periods followed, and then the race was on at the front. On the start of the last lap Steyn mad his move on Rollan and edged ahead going into T1. Going through the carrousel they touched wheels and both got sideways, allowing Carter to slip into 2nd ahead of Rollan. Rollan and Carter got into it behind Steyn allowing him to draw away for the win, with Carter 2nd and Rollan 3d. Pardus finished 4th with Alex Bolanos 6th. Once again the consistency at the front was nothing less than remarkable, with Steyn running 5 consecutive laps within 1/10th of a second!

The first four drivers were Rossini powered, finishing off a perfect weekend of 2 poles, 2 lockouts of the front row and all 6 podium spots.

In terms of the SE Conference Spec Miata Championship, Rollan and Bolanos ended up with the identical point’s total, but by virtue of finishes the Majors Conference title went to Bolanos, who had an exceptional 2017 season.