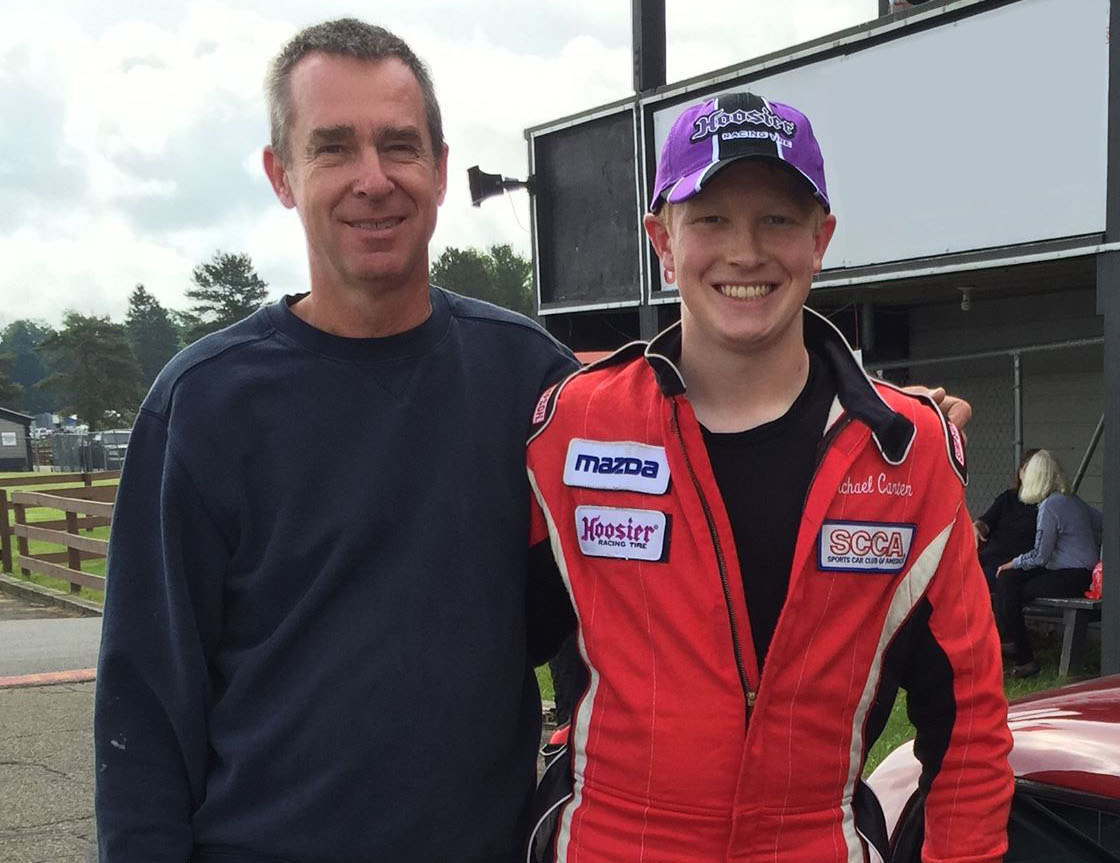 Young 16 year old Michael Carter, seen here with his dad Mickey, is turning out to be a force to be reckoned with in Spec Miata racing.
At Road Atlanta this past weekend, Carter triumphed in back-to-back victories in a very deep field at Road Atlanta. In Race 1, Carter started in 3rd and had a great fight with John Carter (no relation) and Cliff Brown, winning by less than a second over Brown and Case Crowell

Michael has now won six out of the six SARRC races he has entered!