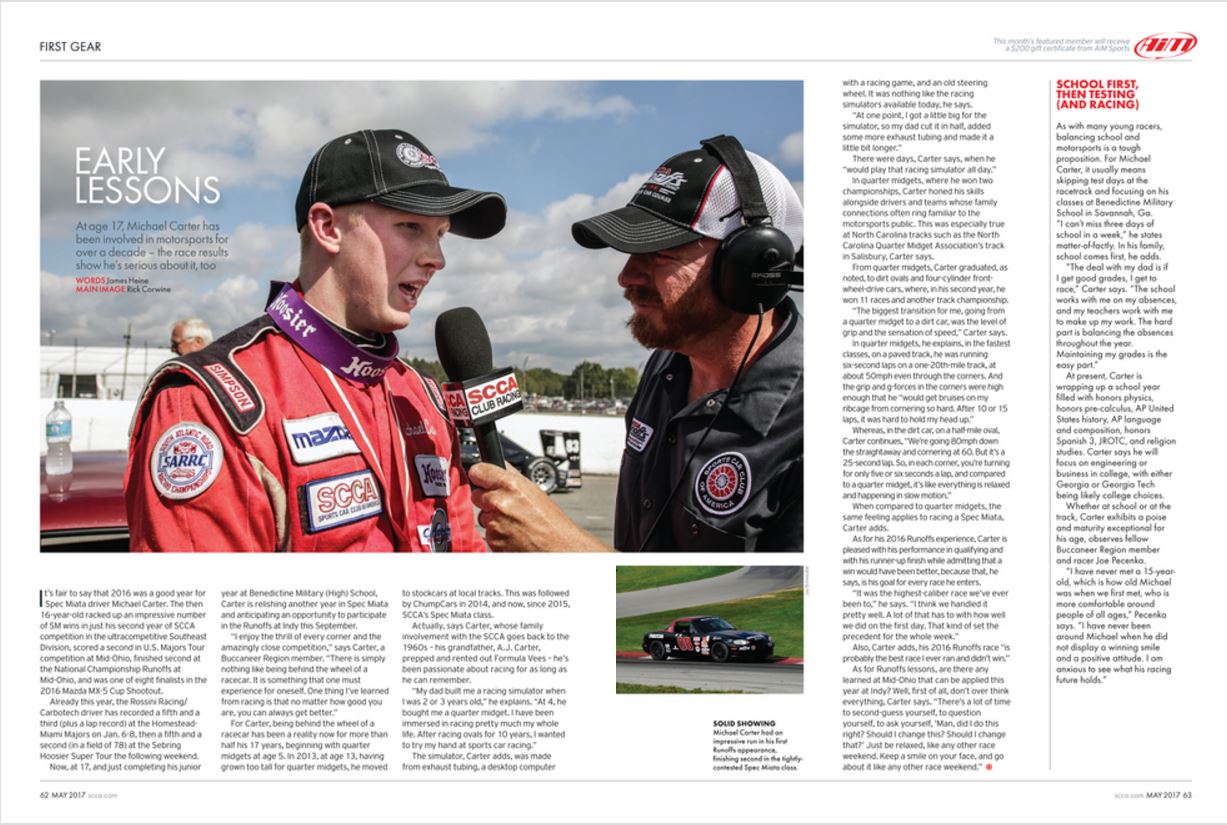 Young Michael Carter has been tearing up the tracks in the South East during the 2017 season. Carter currently leads fellow Rossini drivers Selin Rollan and Danny Steyn in the SE Majors Championship, having secured 3 starts from pole, six podium finished including a win at Road Atlanta.

In the Hoosier Super Tour Michael currently sits in 4th place behind Chris Haldeman, Danny Steyn and Jim Drago, despite having not run the COTA event.

Michael is proving to be not only a seriously talented driver behind the wheel, but he is showing a mature head for strategy, and his polished off-track persona is already attracting the right attention from potential sponsors. 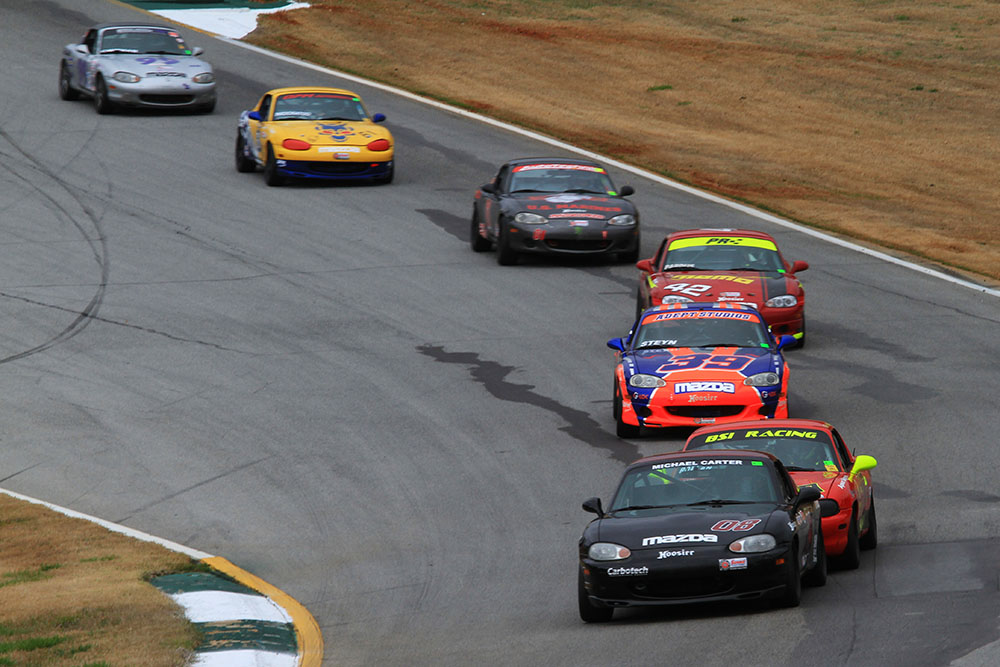 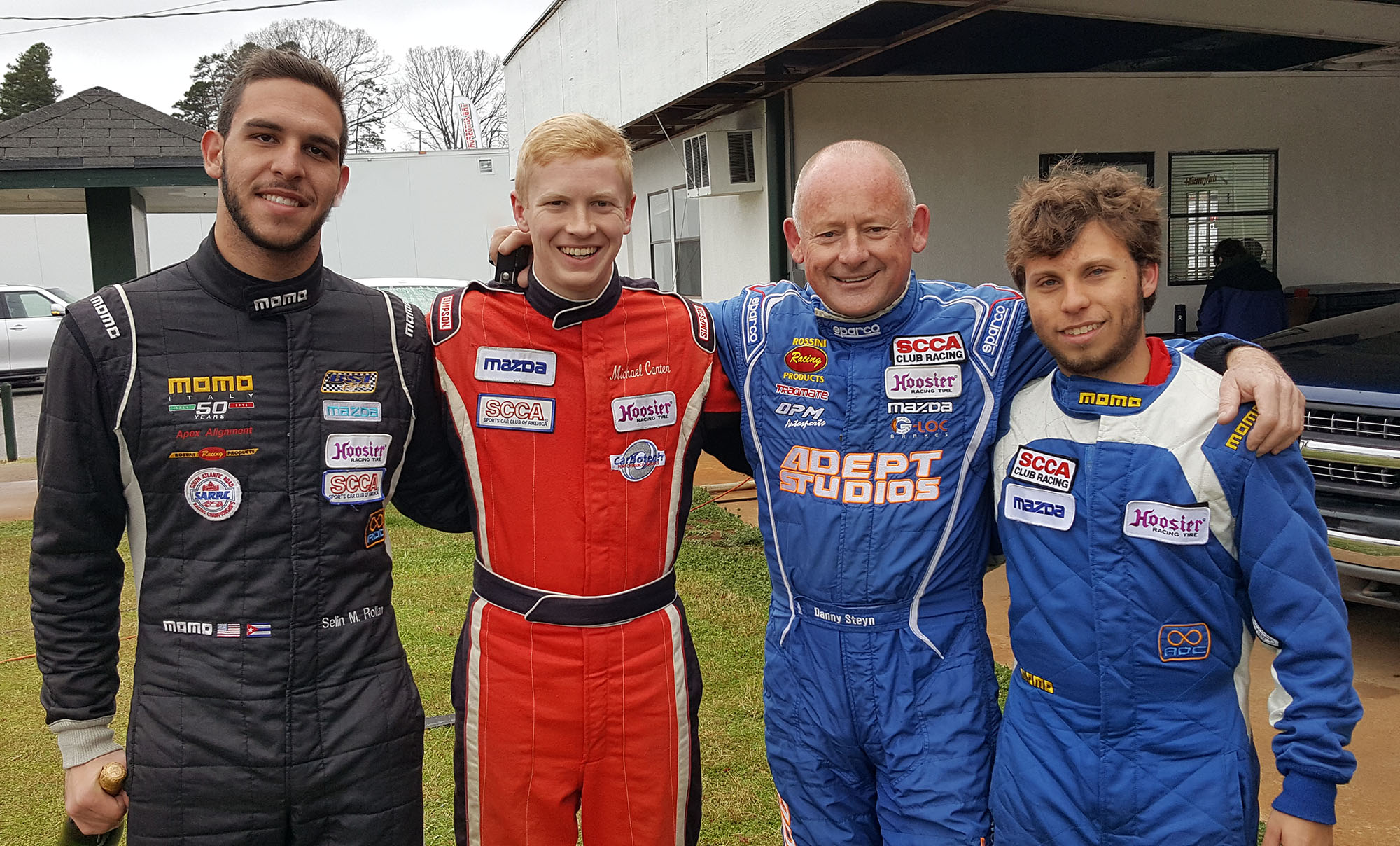 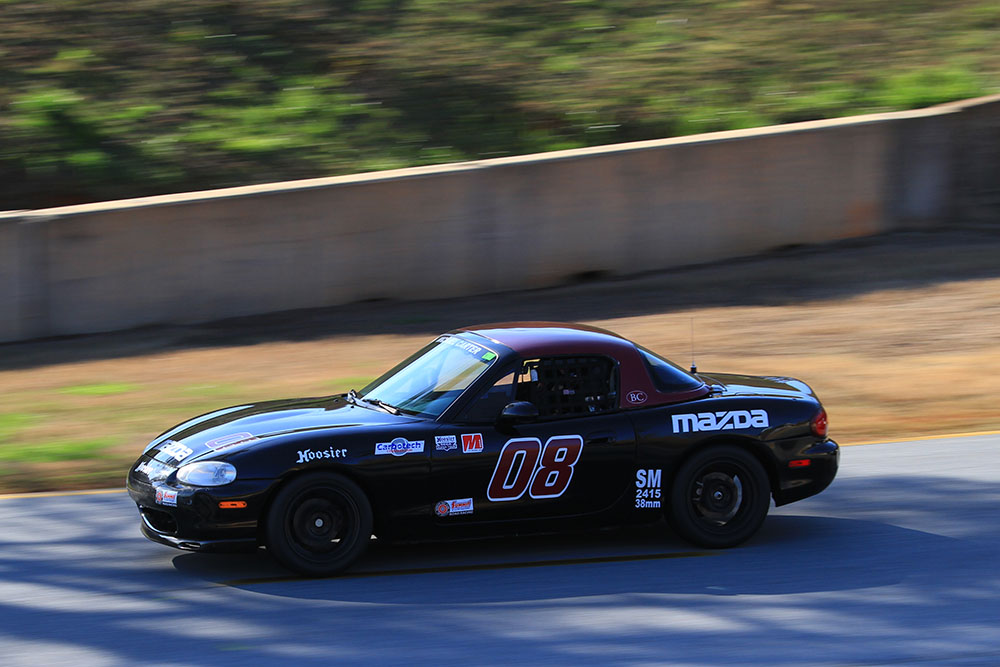