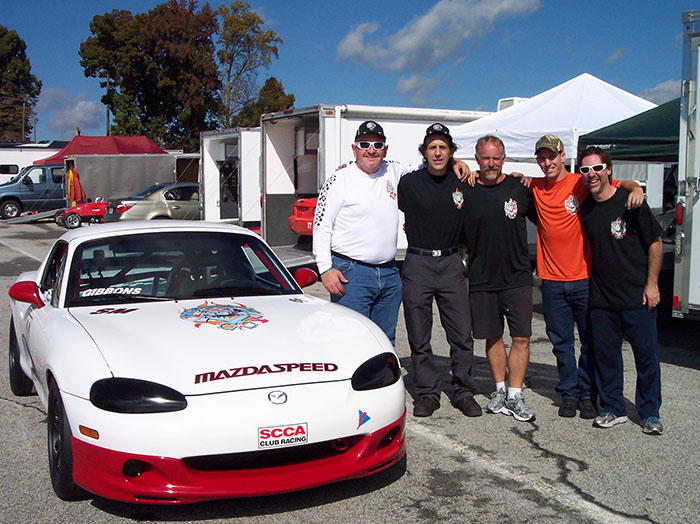 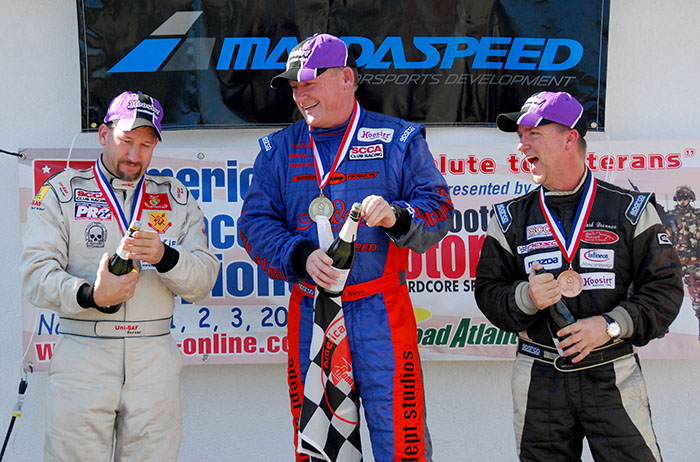 In a hard fought battle with perennial favorite, and two time ARRC winner, Cliff Brown, the 2013 ARRC Spec Miata Race came down, as it has in the past, to the last turn of the last lap. Danny Steyn managed to hold off Cliff for the win, clinching his 2nd ARRC Spec Miata title and completing an amazing season. Mark Drennan had an outstanding race for 3rd place.

Steyn also managed to win the Luck of the Draw Feature race for spec Miata which started with an inverted grid. As in the main event, this race too came down to the last turn of the last lap with Voytek Burdzy and Cliff Brown fighting over the lead. Steyn timed it perfectly, held back in 3rd place, and carried enough momentum to complete the pass before the checkered flag.