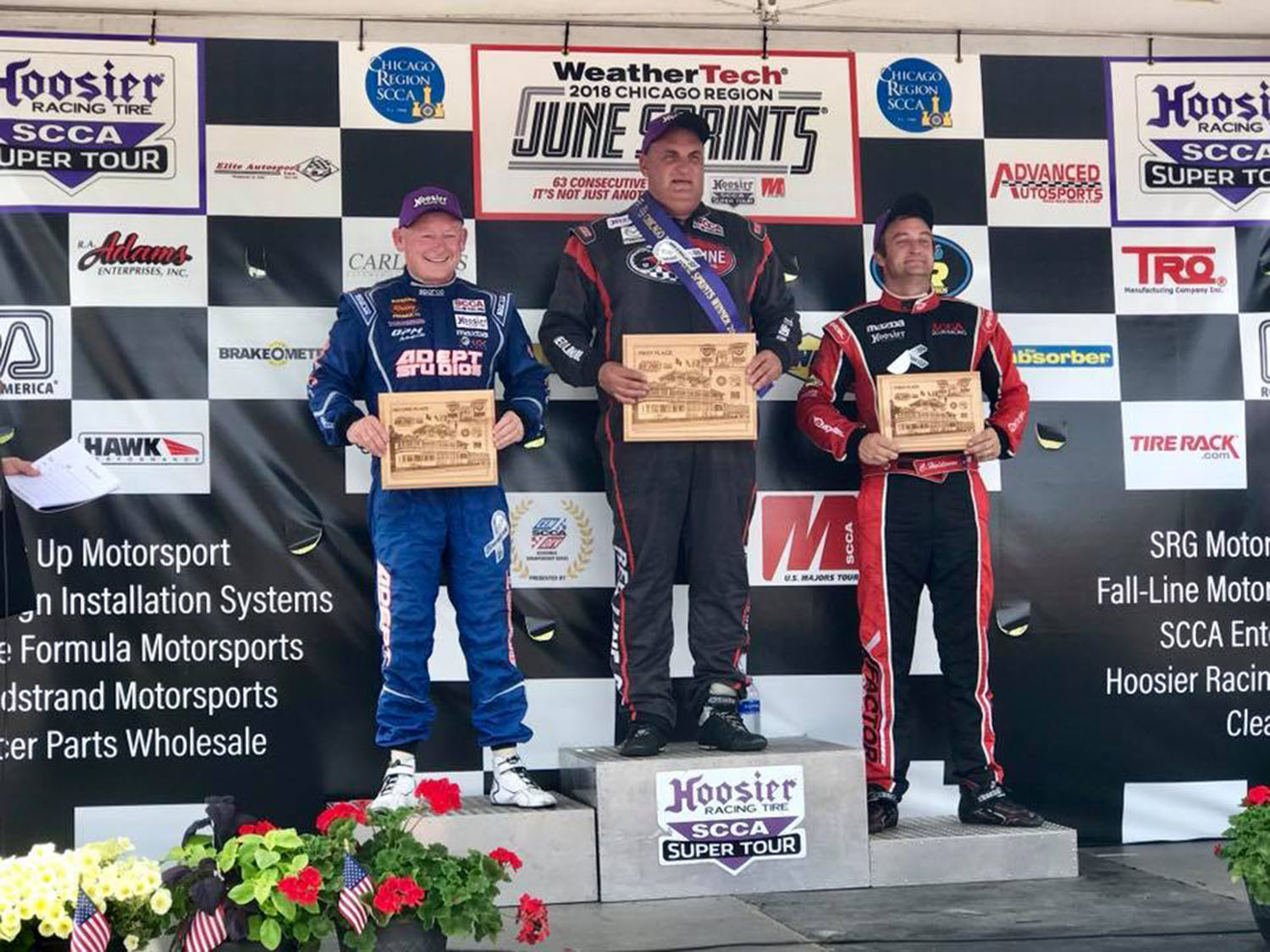 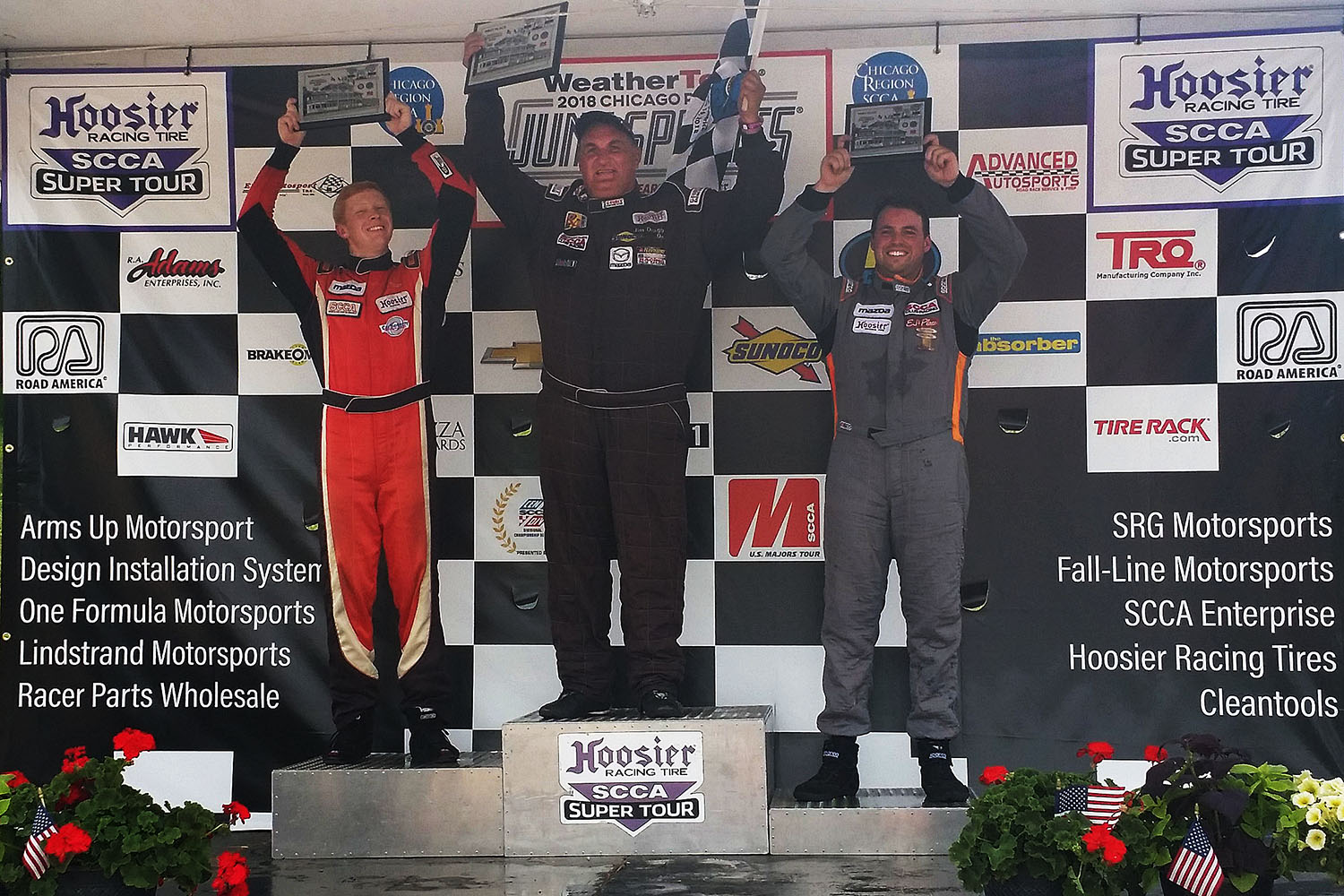 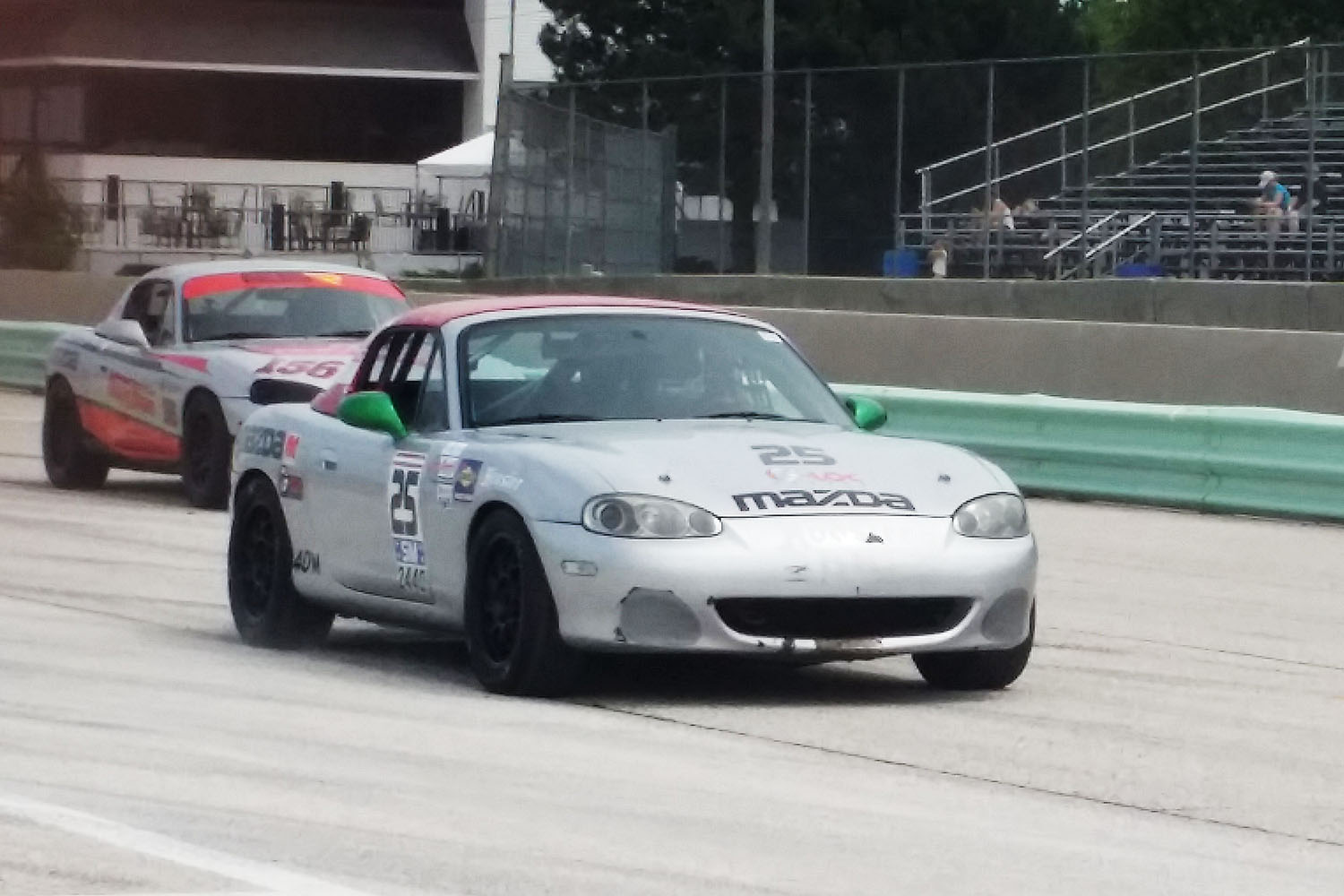 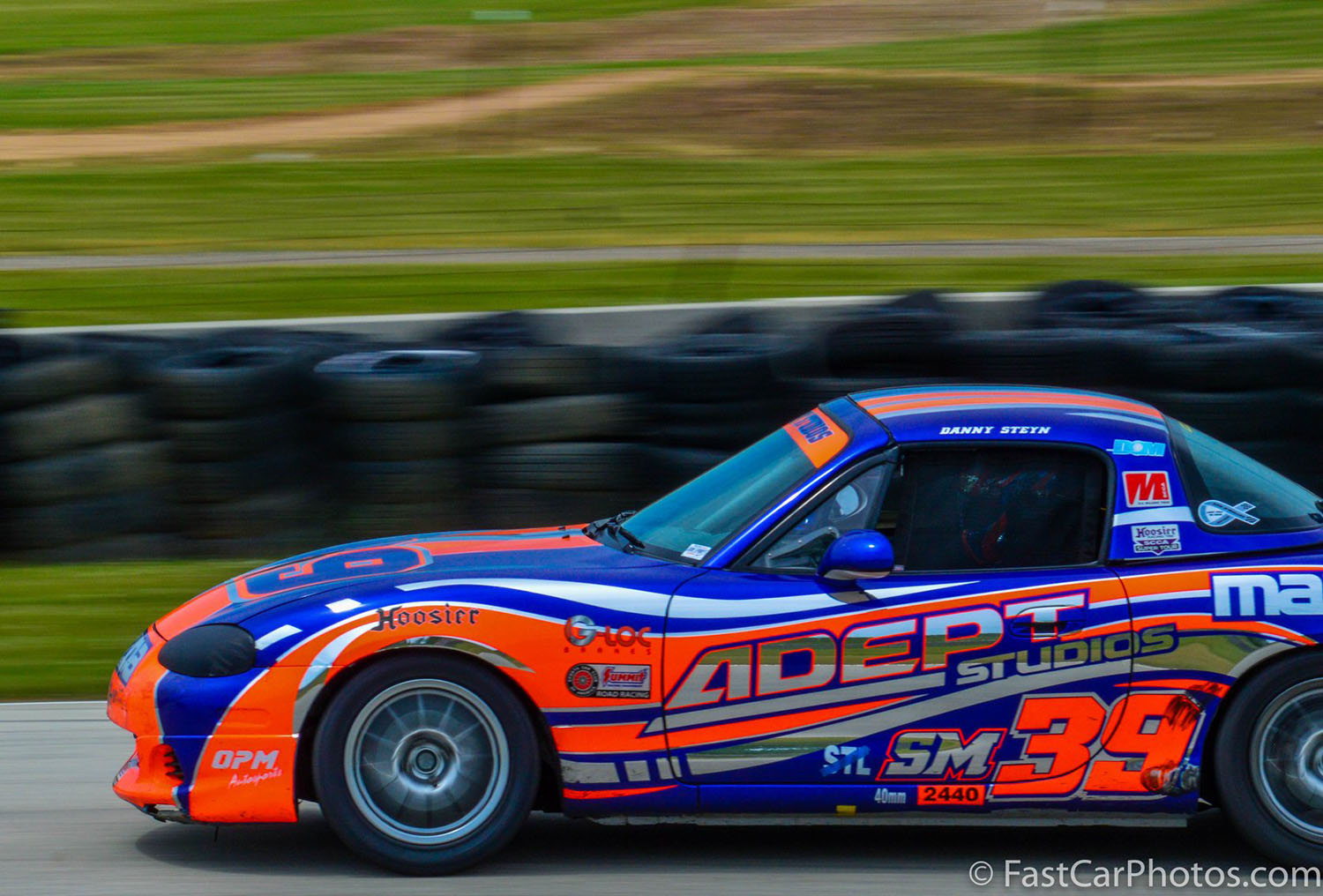 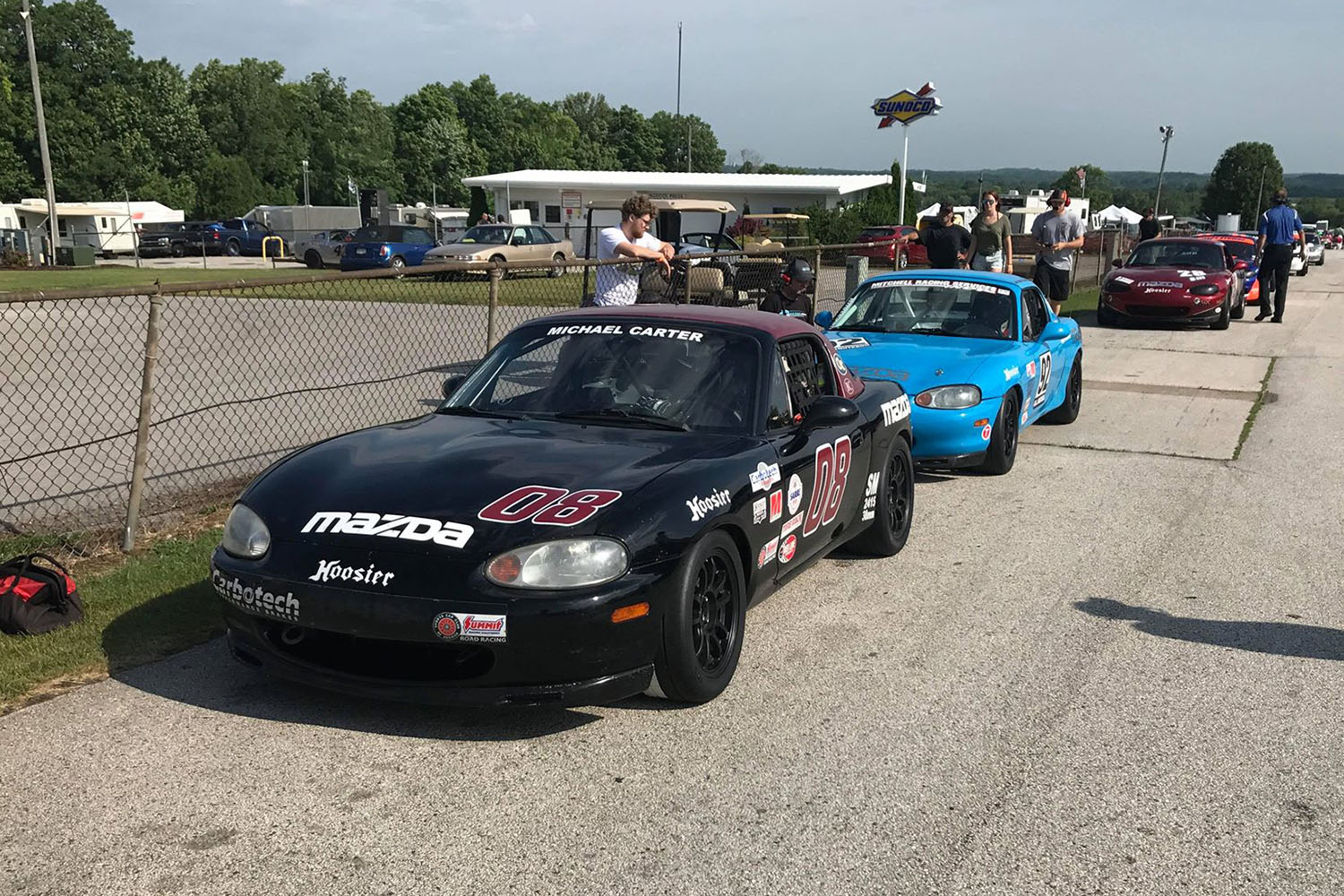 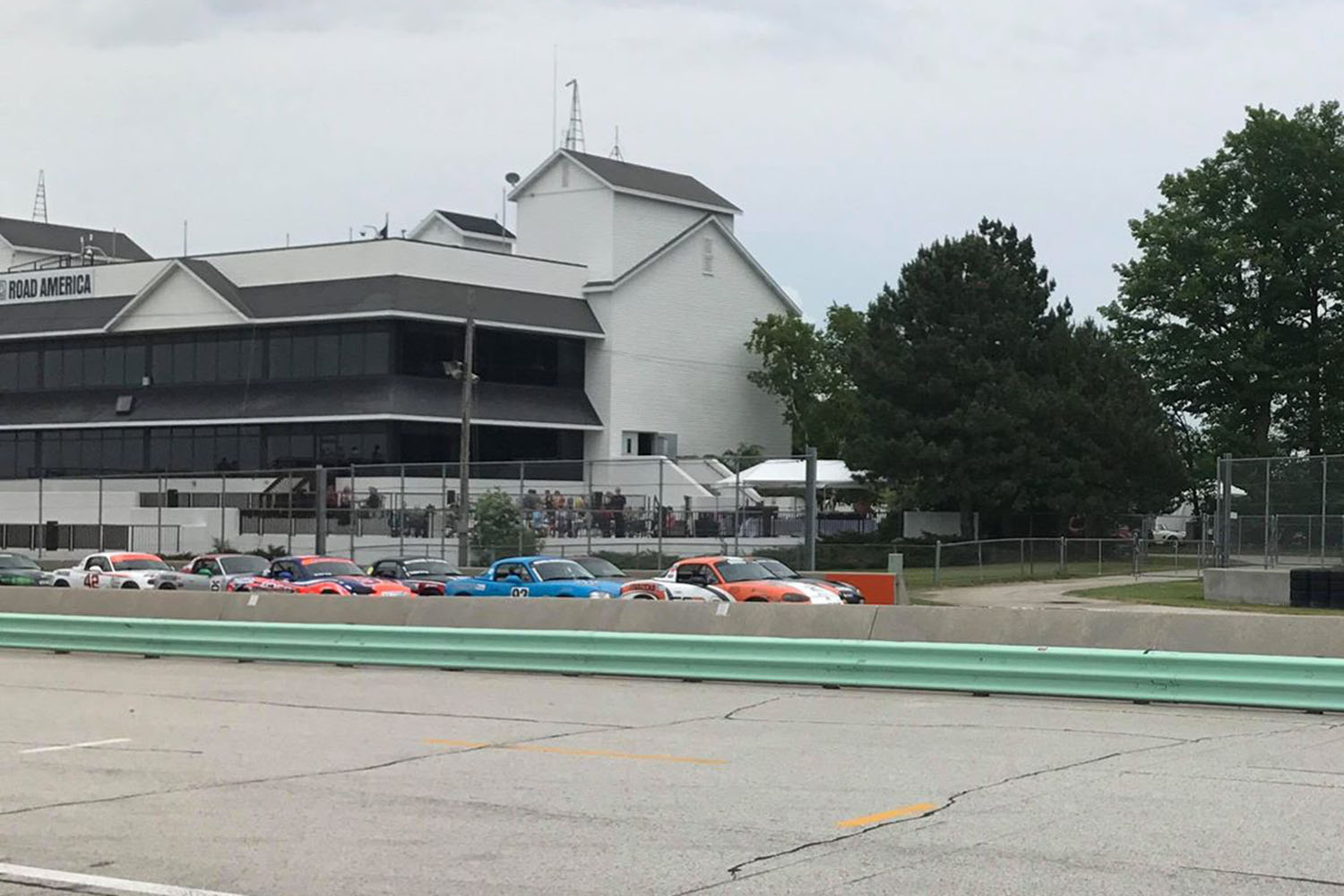 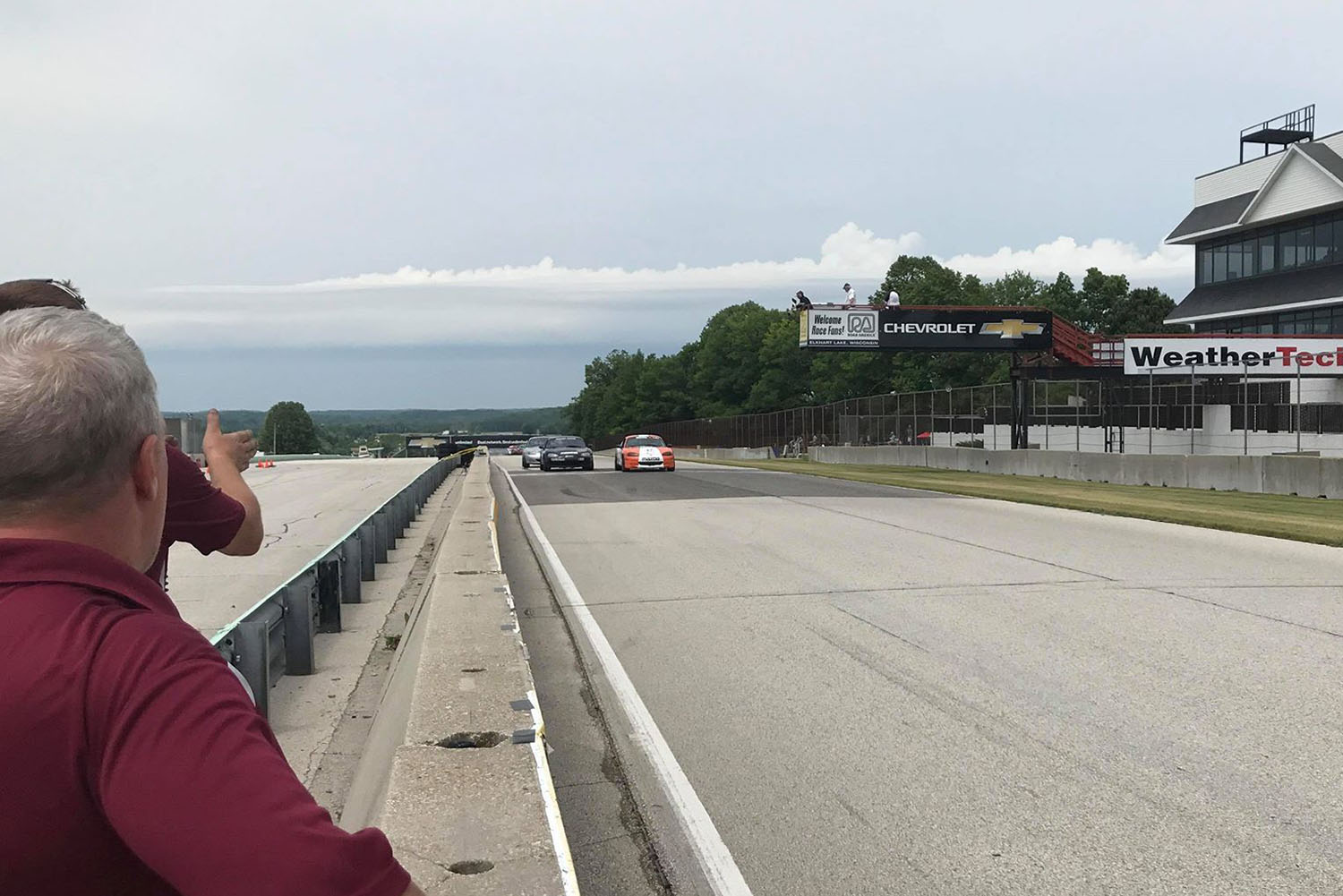 The June Sprints are held every year in summer at the iconic Road America track in the quaint historic town of Elkhart Lake Wisconsin. In terms of the Sports Car Club of America’s calendar it is the second biggest show, second only to the Runoffs. This year 500 competitors from all around the country participated in this event, hosting 28 classes in 8 run groups over 4 days.

Several fast Rossini-powered Spec Miata drivers made the trip trying to secure the coveted June Sprints Title. After two qualifying sessions Michael Carter slipped into 2nd place behind perennial front runner Jim Drago. Danny Steyn secured the 5th spot with Michael Gagliardo in 8th. The top 10 were all within a second of the pole sitter.

The Start of Race 1 was waived off, causing a lot of confusion in the subsequent fast outlap that did not allow the back markers to catch the leaders before the start. On the re-start, Drago and Carter got to the early lead with Michael Gagliardo in 3rd. There was a lot of very close racing at the front but the top 3 broke away, and raced amongst themselves, crossing the line with Drago barely edging out Carter for the win and Gagliardo 3rd. Steyn faded to 11th with fuel injector issues, and Jonathan Davis finished in 12th. Post race there were two DQ’s which were later reversed, maintaining the original finishing order.

For Sunday’s Race 2, Drago was moved back to 10th place and Carter started from the pole. Immediately Carter and Chris Haldeman started working together to break away from the field. Steyn, with his car back on form, slotted into 3rd place but slowly fell off the two cars ahead until Drago caught him and together they caught the leaders just as the race went Full Course Yellow.

On the restart, Steyn went to pass Carter in 3rd, and Drago went with Carter, and Steyn went back to 5th behind Voytek Burdzy. At the front the train of Haldeman, Carter, Drago, Burdzy and Steyn were locked bumper to bumper. Burdzy went wide in T12 and Steyn slotted into 4th. The next lap Drago got underneath Carter going into T6 and the order was Haldeman, Drago, Carter and Steyn with Tom Brown in close attendance.

For the next three laps the top four ran in a train, bumper-to-bumper waiting for the first driver to make a mistake. Then Drago went down the inside to T12 in an attempt to pass Haldeman and Carter went wide for the outside pass, but also went wide on exit, allowing Steyn to get by into third place.

On the final lap, exiting T5 Drago went for the pass up the hill, Steyn followed and pushed Drago past Haldeman into the lead with Steyn in 2nd and Haldeman fell back to 4th behind Carter. Drago and Steyn went through the run down to Canada corner bumper-to-bumper but Drago made no mistakes and finished ahead of Steyn. On the run up the hill, Haldeman side drafted past Carter into 3rd, with Carter in 4th. Michael Gagliardo had a fine drive to come back from a first lap shunt and finish 6th.

Another great weekend with Rossini drivers taking 3 of the 6 podium steps, and Steyn getting the Fastest Race Lap in Race 2.