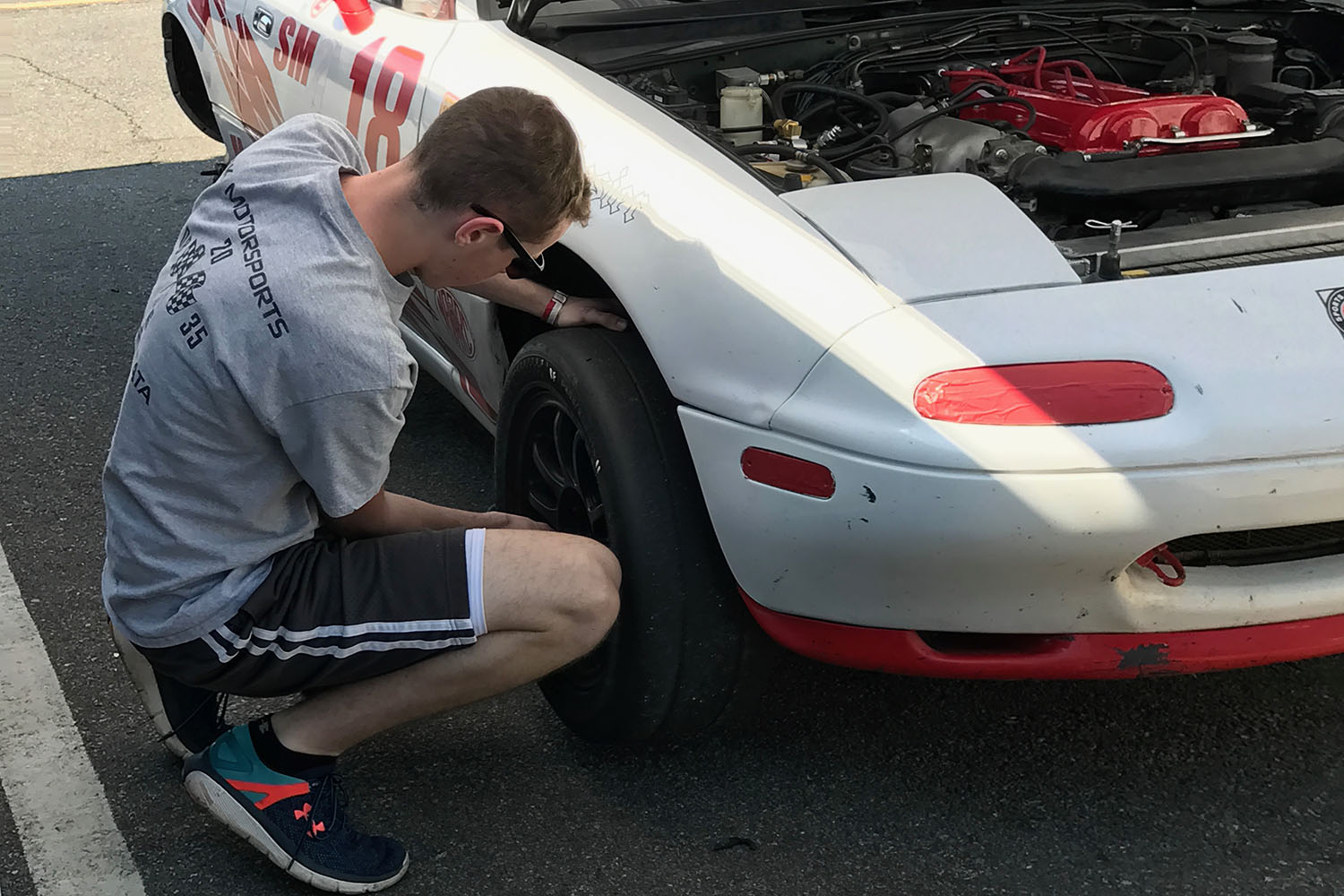 Seventeen year old Evan Karl is out to prove two things in this year’s Spec Miata racing season. First he plans to show the field that he is worthy of running up front with the top Majors drivers in the class, and second, he hopes to show the world that his NA 1.8 is up to the task. And so far, Evan is scoring on both fronts.

On Easter weekend, Evan Karl participated in his first SCCA Hoosier Super Tour event. Leading up to the races, he worked with his Rossini Racing teammates Danny Steyn, Ralle Rookey, Jason Connole, and Preston Pardus learning how to draft, and get adjusted to the “Majors style” of racing. After a tough qualifying where Evan felt he left over a second on the table, he charged from 14th to 8th in the first race. With two laps to go, he made a rookie drafting mistake forcing a 16th place finish.

However the final race of the weekend, Evan really got to show what he is truly capable of, charging all the way up to 5th place from his 11th place starting position, finally bringing home an 8th place finish. Remember that this weekend he was competing amongst the very best in Spec Miata, including multiple Runoffs winners, National champions and track record holders. With regard to his Rossini powered NA 1.8, Evan wheeled the car to 2nd fastest lap time of the weekend, and apart from a few novice mistakes, he was consistently one of the fastest cars on the track.

The following weekend Evan was back in the Northeast testing at one of his home tracks, Thompson Motorsports Park in Connecticut. Each of the four sessions were rain conditions, and rain racing is something he has only encountered once in his two year SCCA career. Evan powered his way to victory in the Small Bore Qualifier, and gained invaluable experience racing in the rain. Now with knowledge in wet and dry conditions under his belt, Evan feels confident he will be a podium contender at the Thompson Majors race in late July.

From all of us at Rossini, Evan we are watching your career with interest and look forward to seeing you stand on the podium real soon.