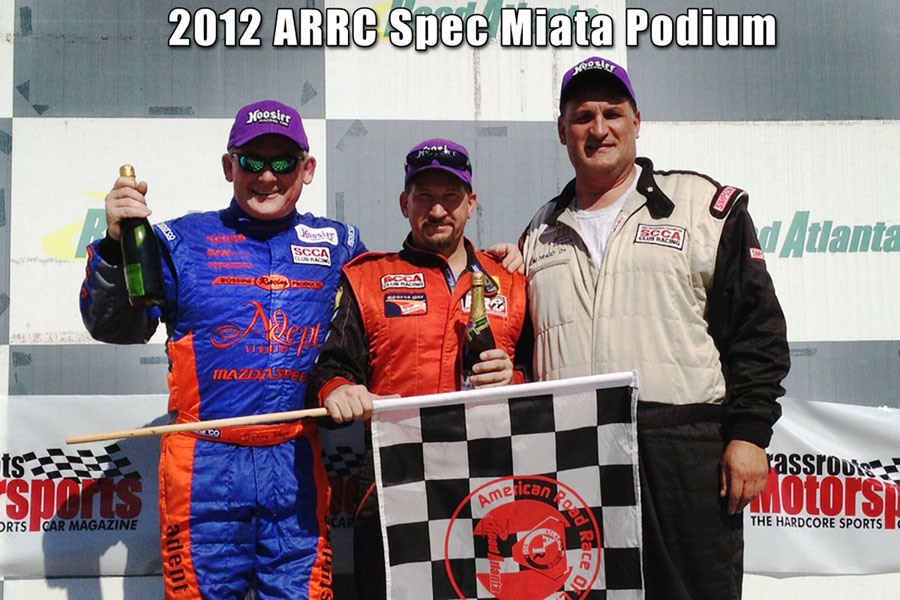 Congratulations to Rossini powered driver Danny Steyn on his fine 2nd place finish at the 2012 American Road Race of Champions at Road Atlanta. Danny has two previous ARRC titles to his belt, winning the Spec Miata title in 2011 and winning the SMX title in 2010.

Danny drove an intelligent race, working with Cliff Brown to break away from the field. Runoffs champion Jim Drago was an early contender but a mistake at T5 put him out of contention.

On the last lap Steyn got past Brown going into Turn 1 and held the lead through the infield. Steyn made a small mistake in Turn 7 that hurt his exit speed and Brown passed him on the back straight. Brown went on to win by a few car lengths. Congratulations to Cliff Brown who now has two Spec Miata ARRC titles.