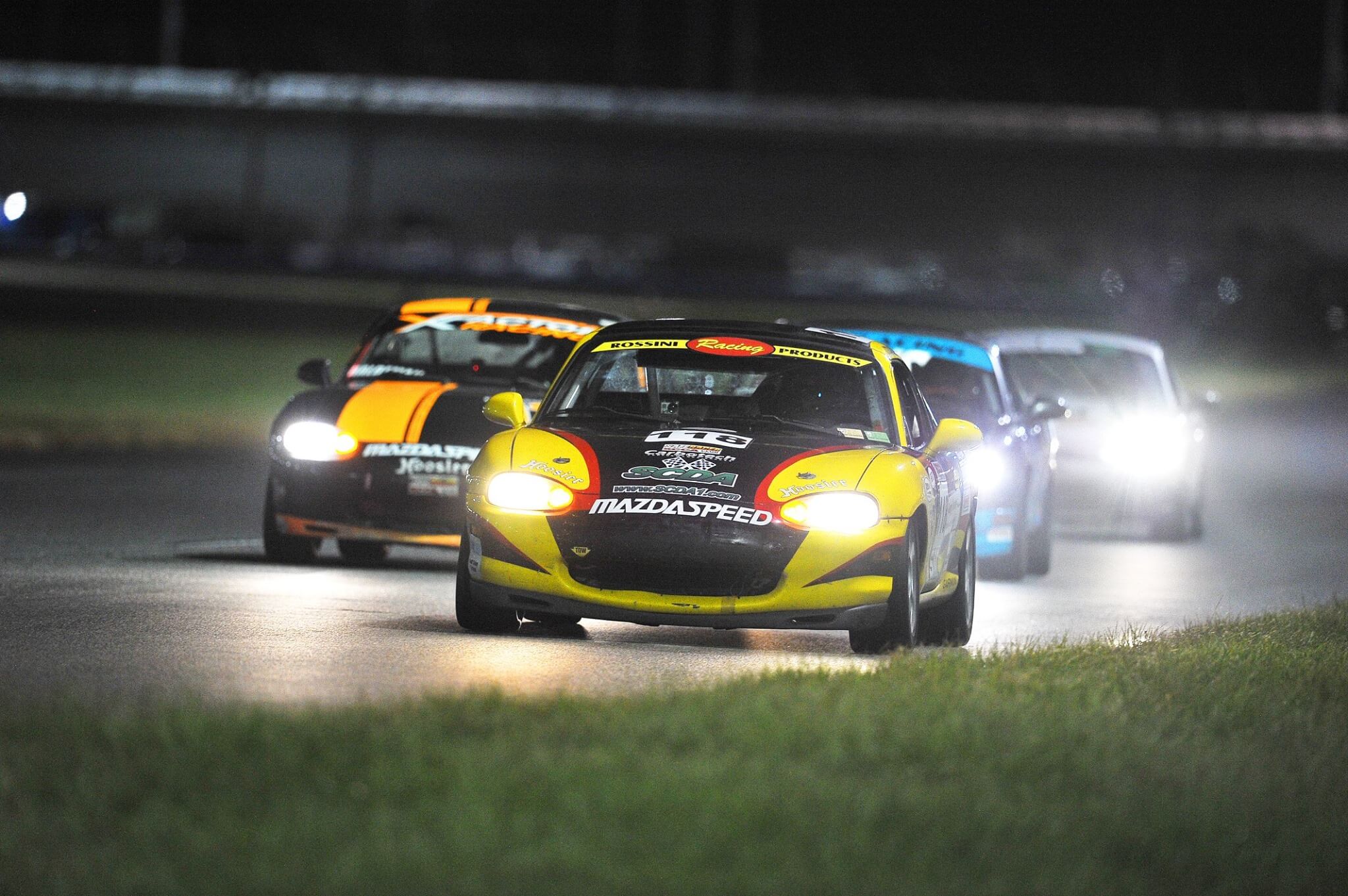 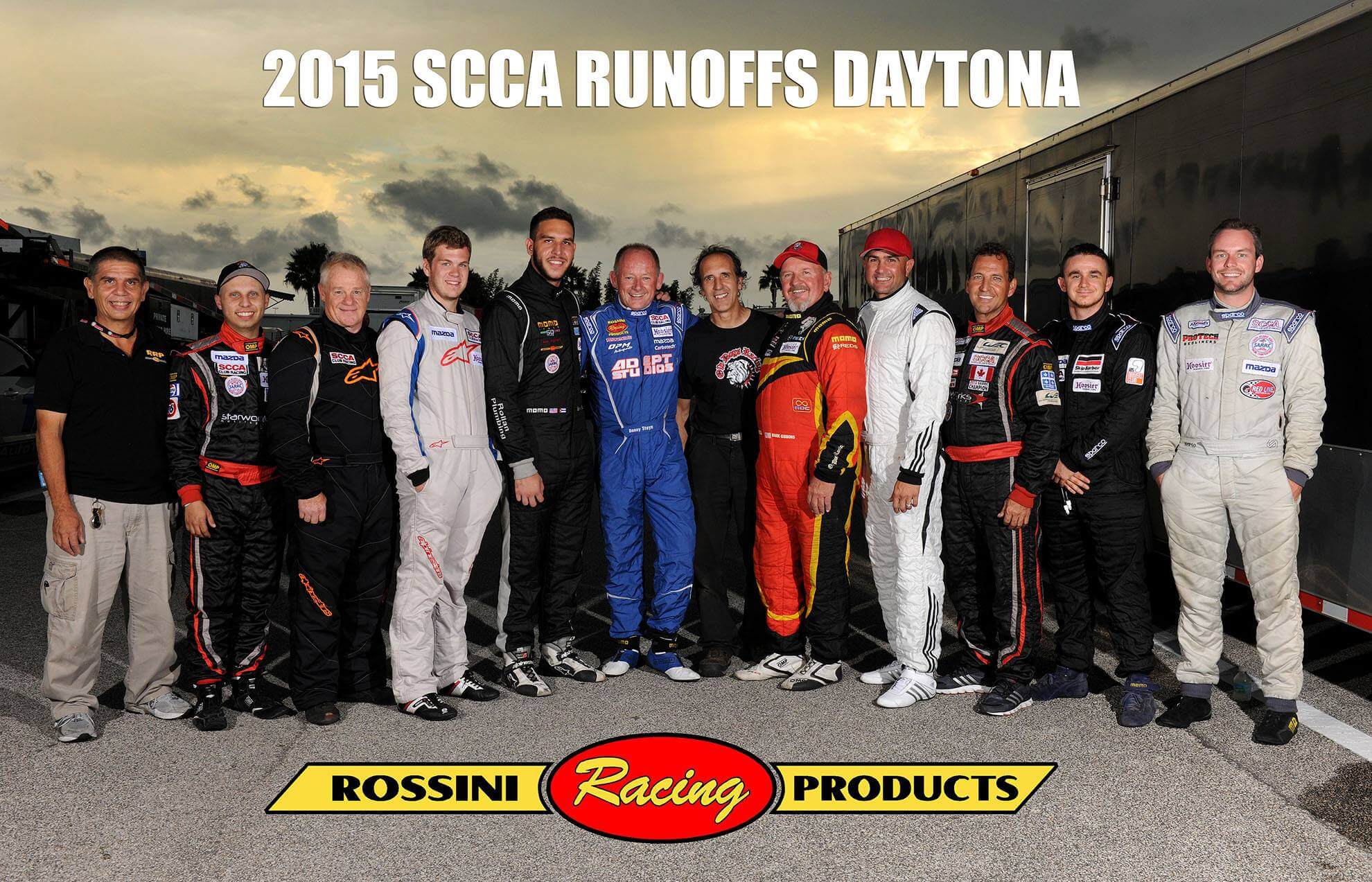 We are so proud to announce that Jonathan Goring won the 2015 SCCA Runoffs Under the Lights at Daytona this past weekend. Jonathan was one of 14 Spec Miata drivers using a Rossini Mazda Engine powerplant. In treachorous wet conditions, Goring, Steyn, Carbonell and Lamb chose to go out on dry tires, while the rest of field chose rain tires.

In the early laps Goring managed to hold the gap to the front drivers as close as he could and as the track started to provide a dry line, he and Carbonell were able to start closing in on the leading team of Alex Bolanos and Cory Collum. On the final lap Goring was able to lay down the fastest lap of the race and triumph over one of the deepest fielfds in Spec Miata and earn the crown of Runoffs Champion.

Congratulations to ALL Rossini who drivers aquitted themselves so well in extremely difficult conditions. We are so proud of all our drivers.