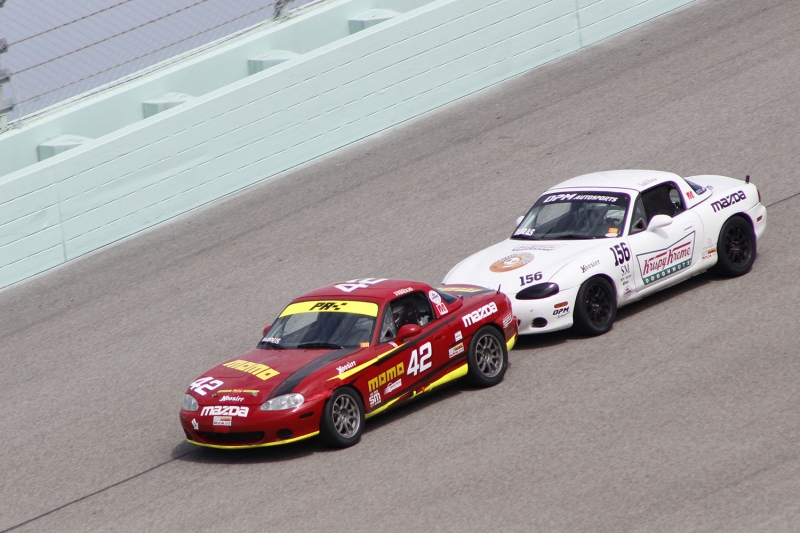 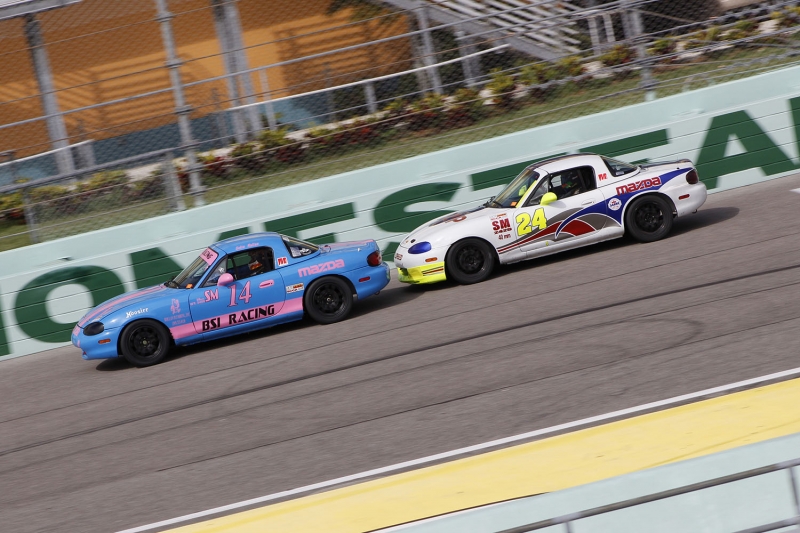 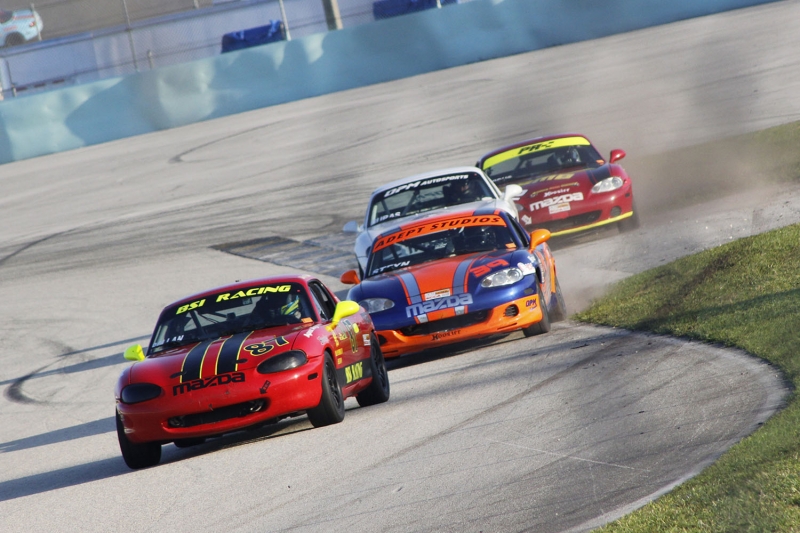 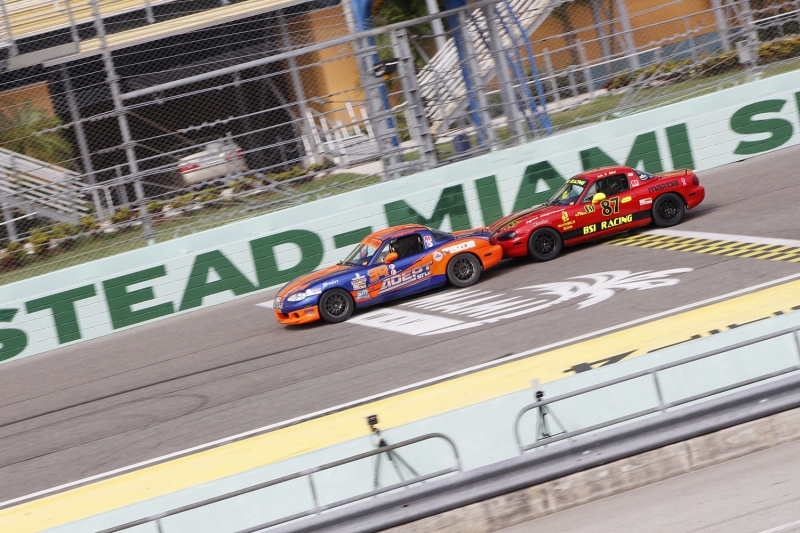 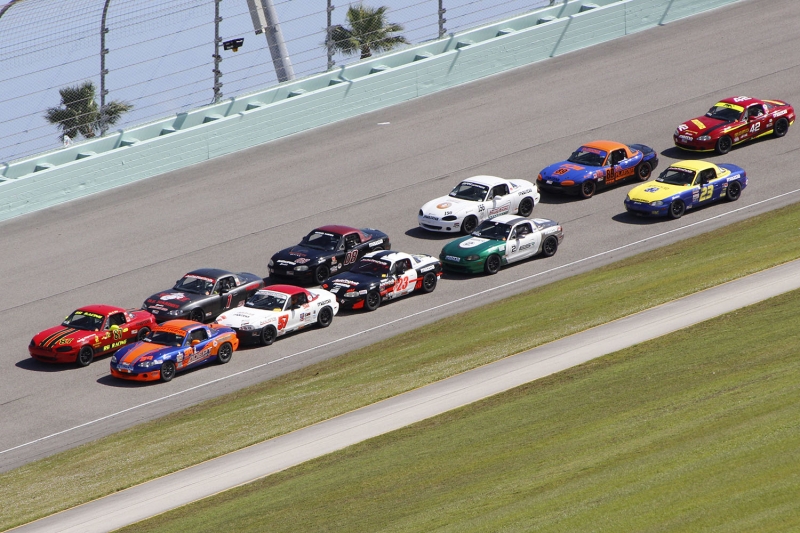 The 2017 season started with the Palm Trees Majors at Homestead this past weekend and Rossini drivers were out in force. Homestead is a track where team strategy is critical due to the massive gains in drafting, and Rossini teammates Danny Steyn and Selin Rollan worked together brilliantly in qualifying to capture the poles for both races, an amazing feat in such a strong field of 55 Spec Miata racers.

In Race 1, Steyn and Rollan got separated and Rollan hooked up with Bolanos and the two of them broke away from the rest of the field. Coming around Nascar 4 on the last lap, Bolanos and Rollan bumped wheels and Rollan was unable to shift to 5th, allowing Bolanos to pull away for the win. Rollan finished 2nd, and Cory Collum was third. Rossini drivers Michael Carter finished 5th and Steyn ended up 8th.

Sunday’s Race 2 was in much cooler weather, and would allow cars to bump-draft for multiple laps before having to swap formation to avoid overheating. Steyn and Rollan stayed hooked together for the first half of the race, but we caught and passed by Bolanos pushing Buras, and eventually by Drago pushing Carter.

The top 6 had an exciting fight up front with Bolanos and Drago pulling away to fight for the win, and Bolanos getting his 2nd win of the weeknd. Drago was 2nd, and Michael Carter edged out Steyn by 15 thousandths of a second for the last podium step, setting a new Homestead Spec Miata Lap Record of 1:38.313 in the process. Rollan got bumped off but fought back to 6th and Rossini driver Preston Pardus finished 10th.

Huge thanks to Danielle Pardus for her sharing her exceptional photography with our drivers.