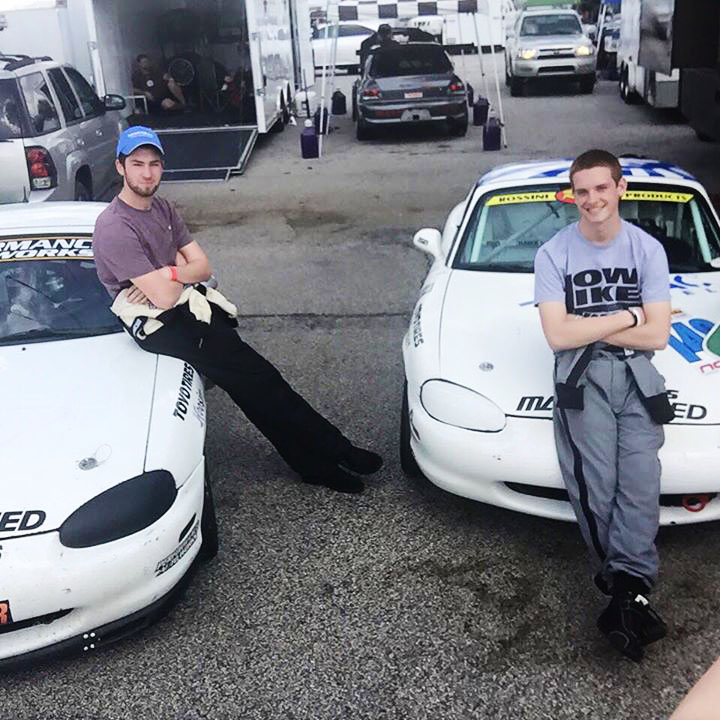 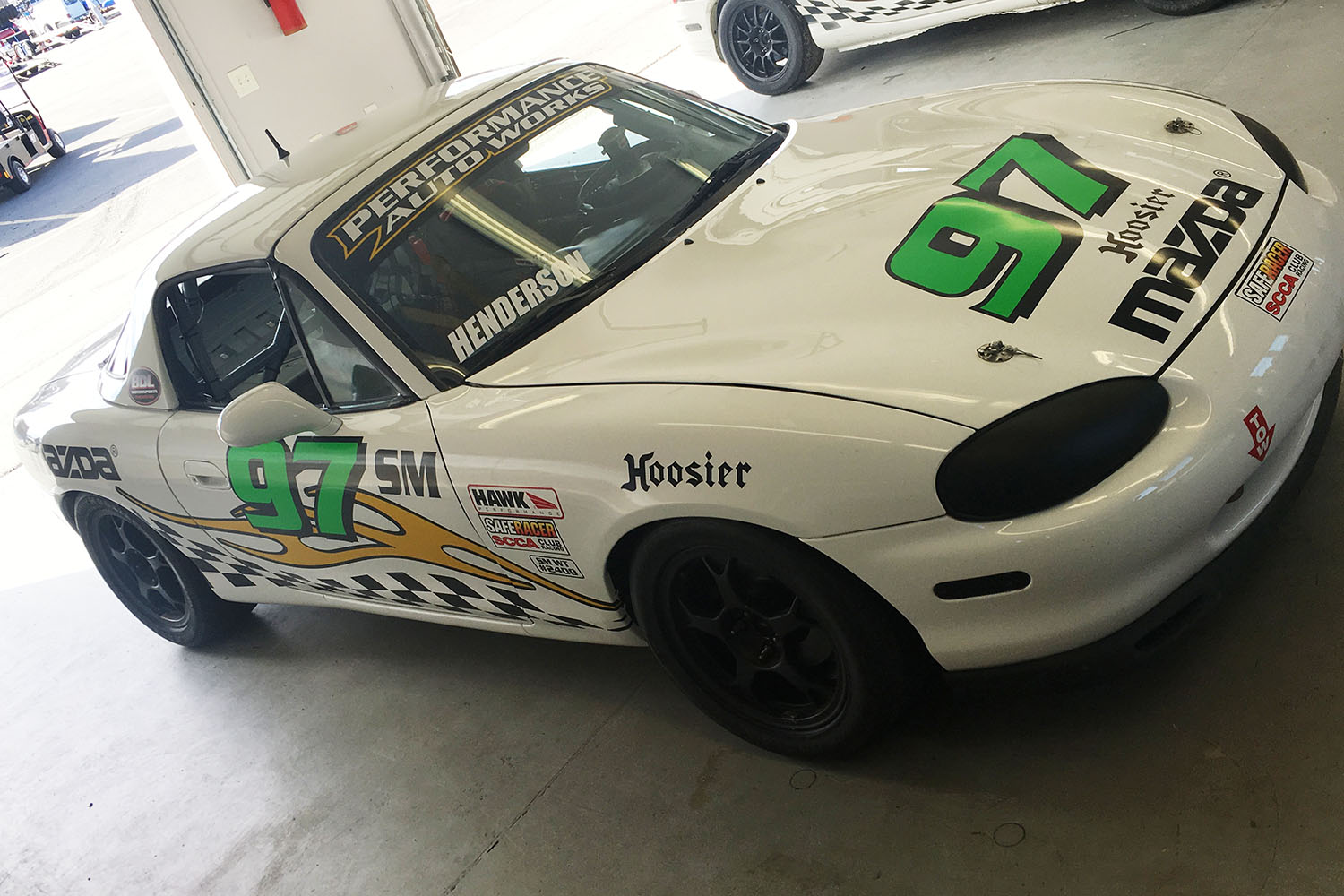 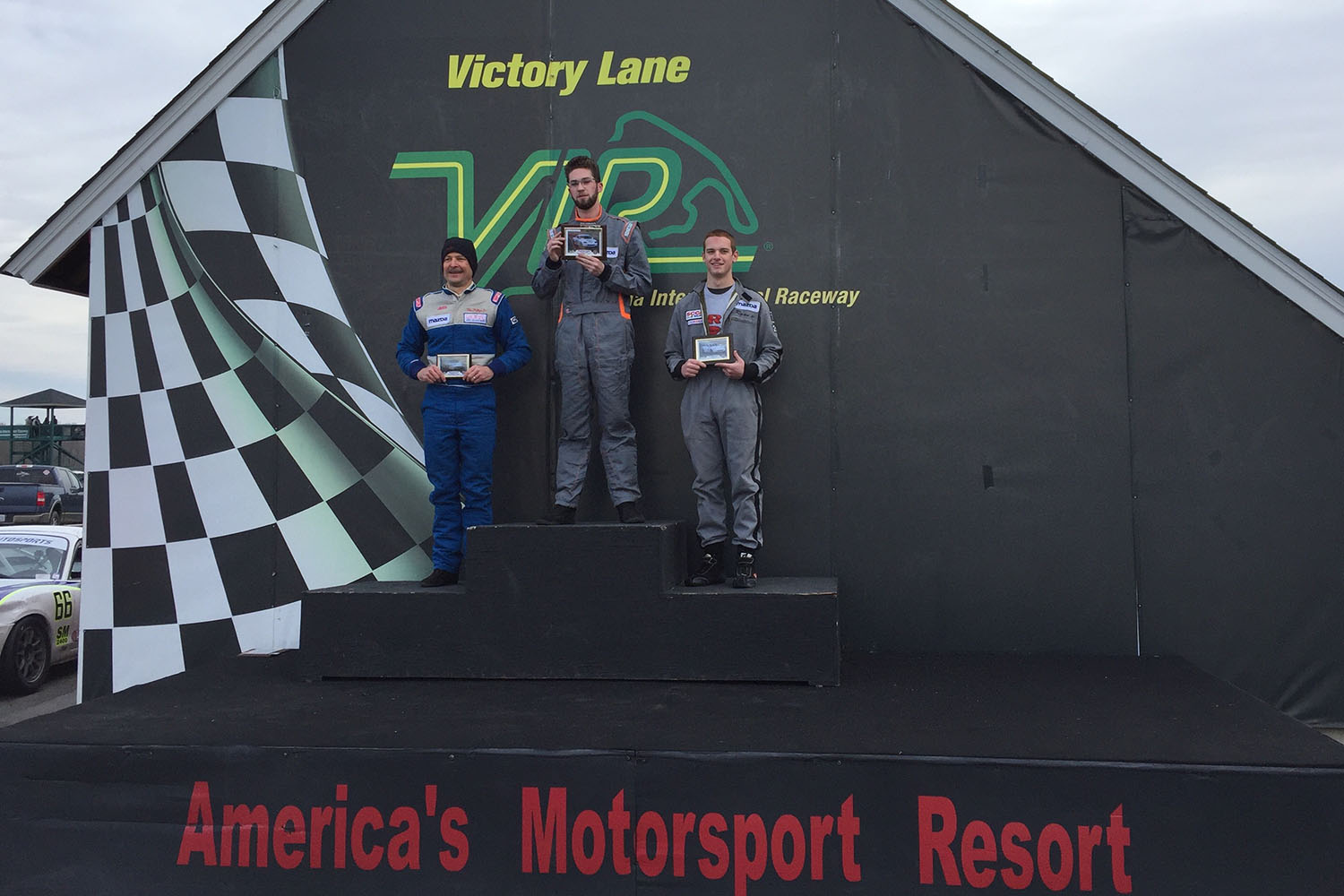 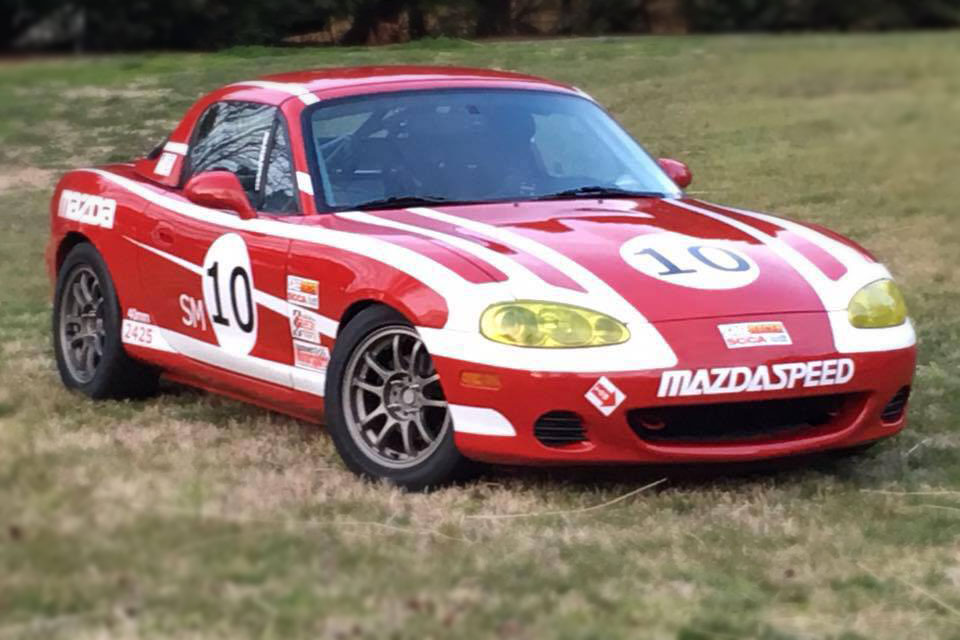 At the VIR Double SARRC / ECR / TCS event, Rossini drivers Brian Henderson and Ryan Fisher locked out the front row of the grid in the SARRC qualifying with Henderson on pole by 3 tenths.

In Saturday’s Race 1, the two team mates put on a clinic on how to work together with Fisher bump drafting Henderson for the majority of the race, allowing them to break away from the field. With one lap to go the battle for the lead was on, and Fisher went for the move under braking coming into Roller Coaster. Unfortunately their tires touched and Henderson got the short end of the stick and went for a ride. Fisher hung on for his first SCCA win (not the way he wanted) and Henderson reentered the track to finish 4th.

In Sunday’s Race 2, Fisher, by virtue of his race lap time stated on pole for the first time in his SCCA career, but unfortunately fluffed the 2-3 shift, and both David and Brian Henderson got out to an early lead. Rossini team mate Jason Connole also got by Fisher as well on lap 1. With the really cold ambient temps in the low 40’s, lap times were fast but the tires were taking a long time to come in, and both Hendersons spun out in the same place on consecutive laps, leaving Connole and Fisher in 1st and 2nd.

Then Connole lost power with electrical gremlins, allowing Fisher into the lead. Brian Henderson closed onto his bumper and once again it came down to the run through Roller Coaster and the drive out of Hogpen. Thus time Henderson held on the victory over Fisher by 12/1000ths of a second. Rossini drivers locked out 4 of the top 5 postions with Connole finishing 4th and Brian Wright finishing 5th.

In the ECR (Enduro), Rossini driver Brian Wright teamed up with Marc Shatell and finished 4th in Race 1. Race 2 was a real breakthrough for Wright as he took the lead into Turn 1 on the first lap, the first time he has led a Spec Miata race. Brian drove a smart consistent race an in the end he won the ECR Spec Miata class by over a lap, and was on cloud-nine savoring his first victory. Only to shattered when he was bounced in tech when his car was found to be slightly underweight. What a bitter pill to swallow.

Well done Brian – we know you can do this – we are cheering for you!