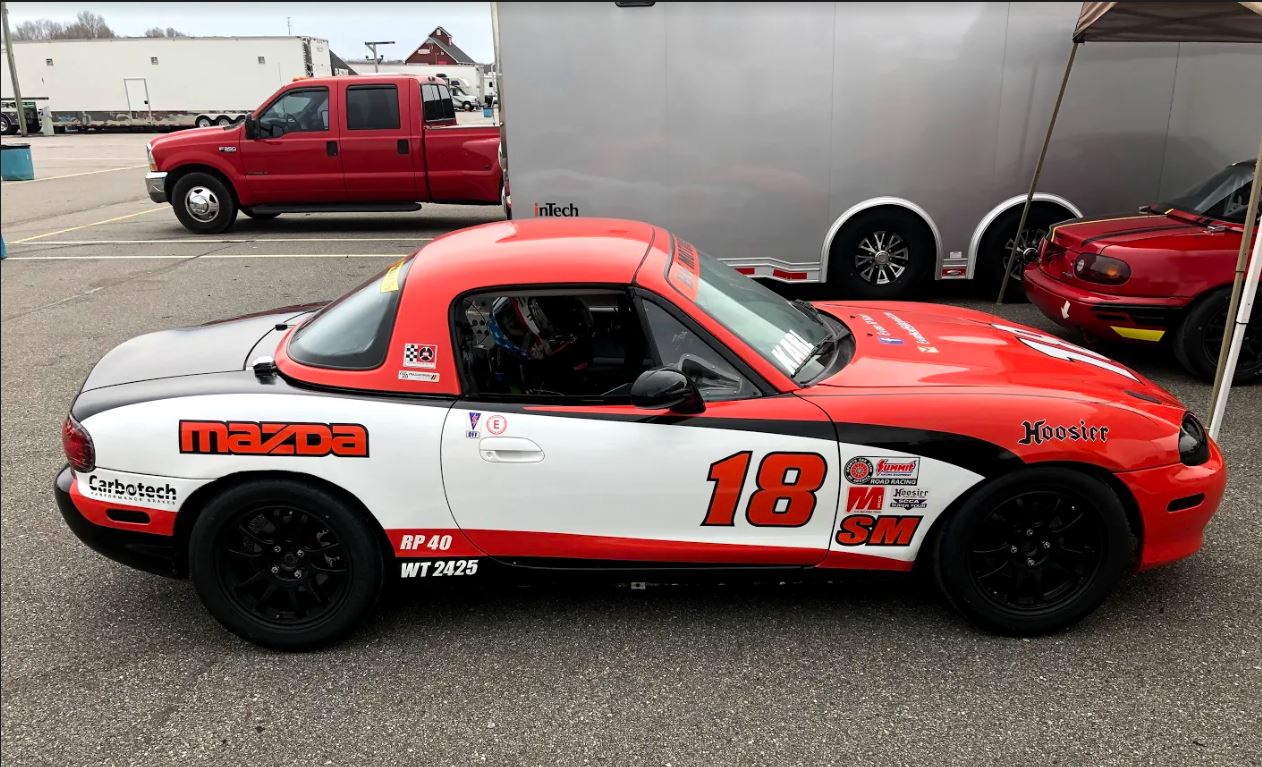 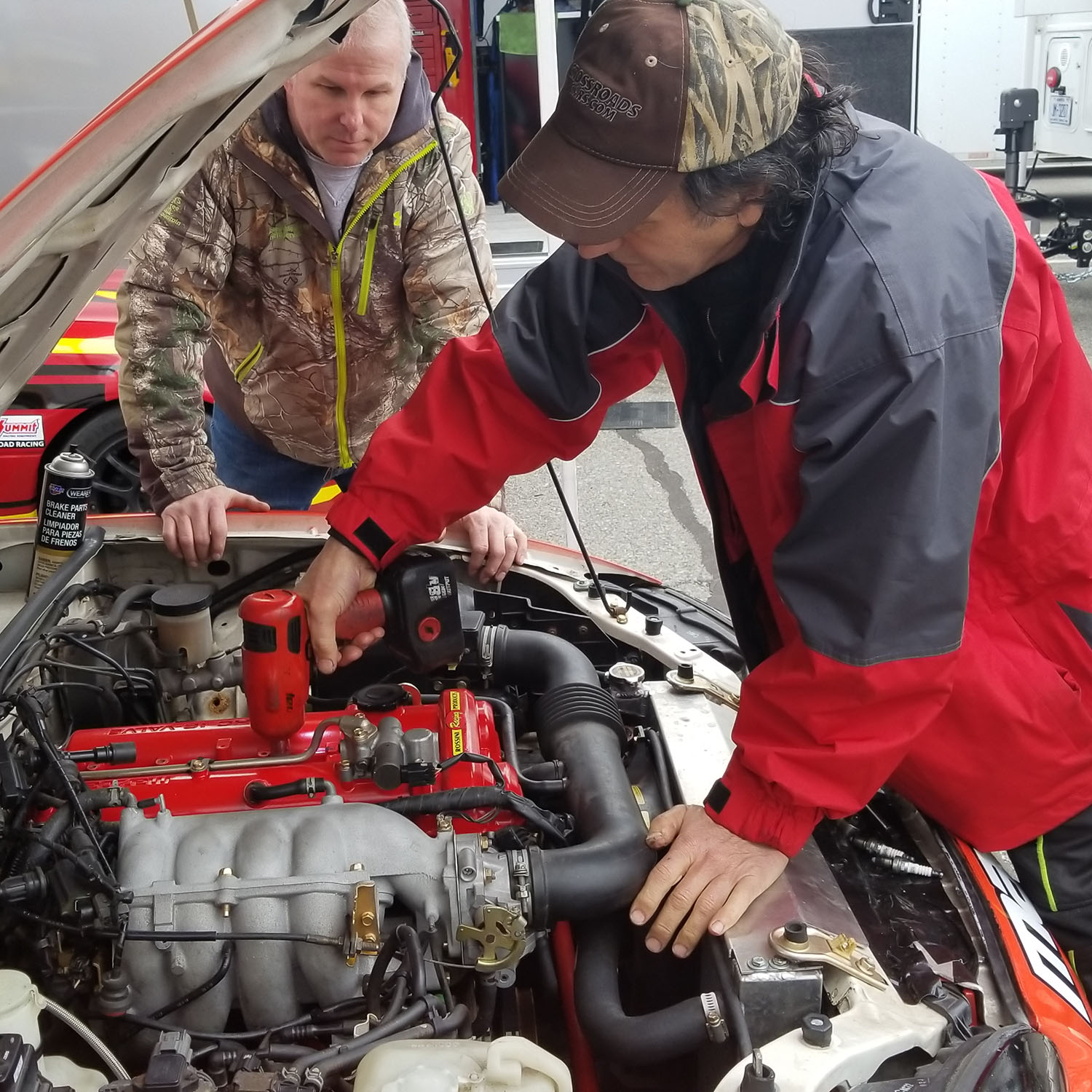 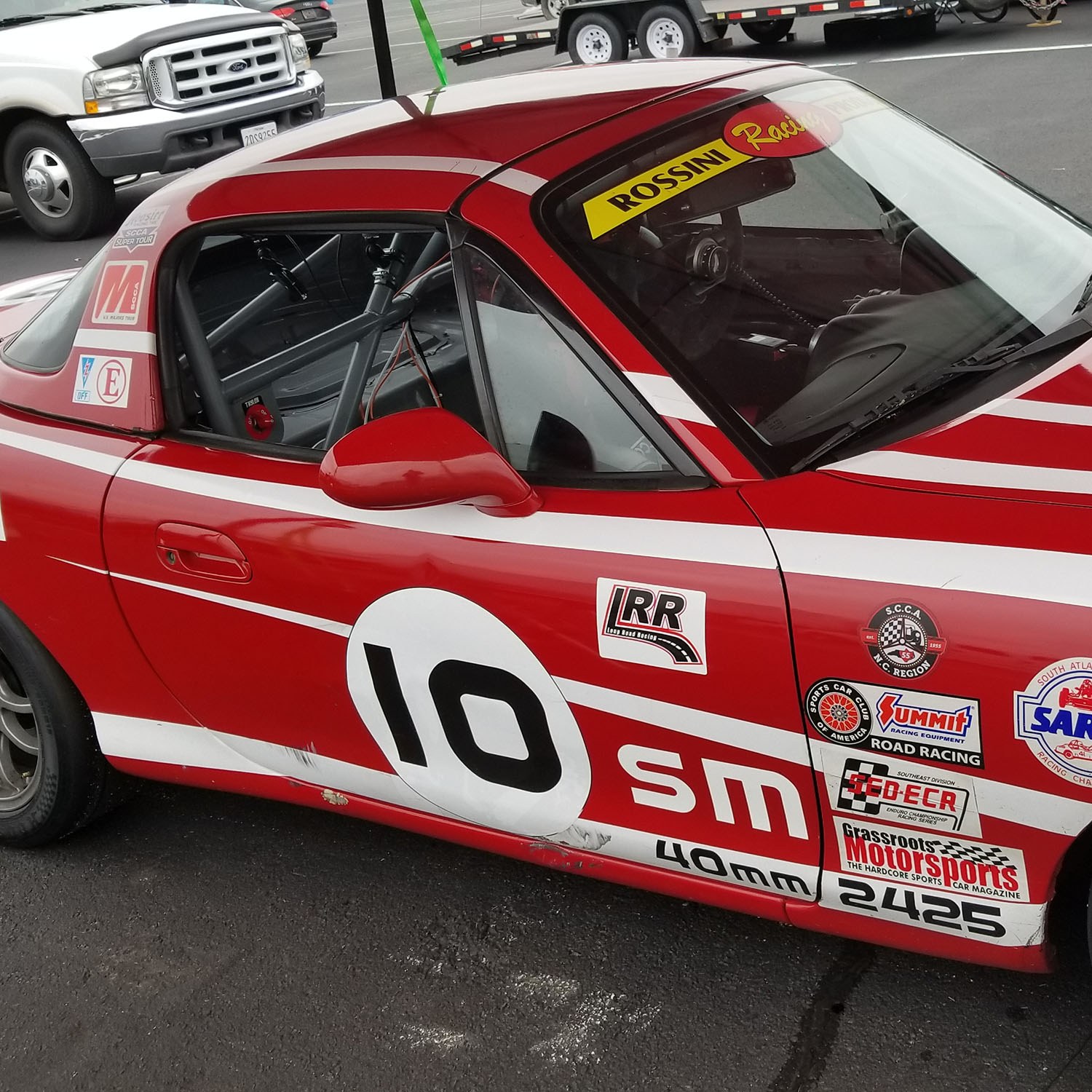 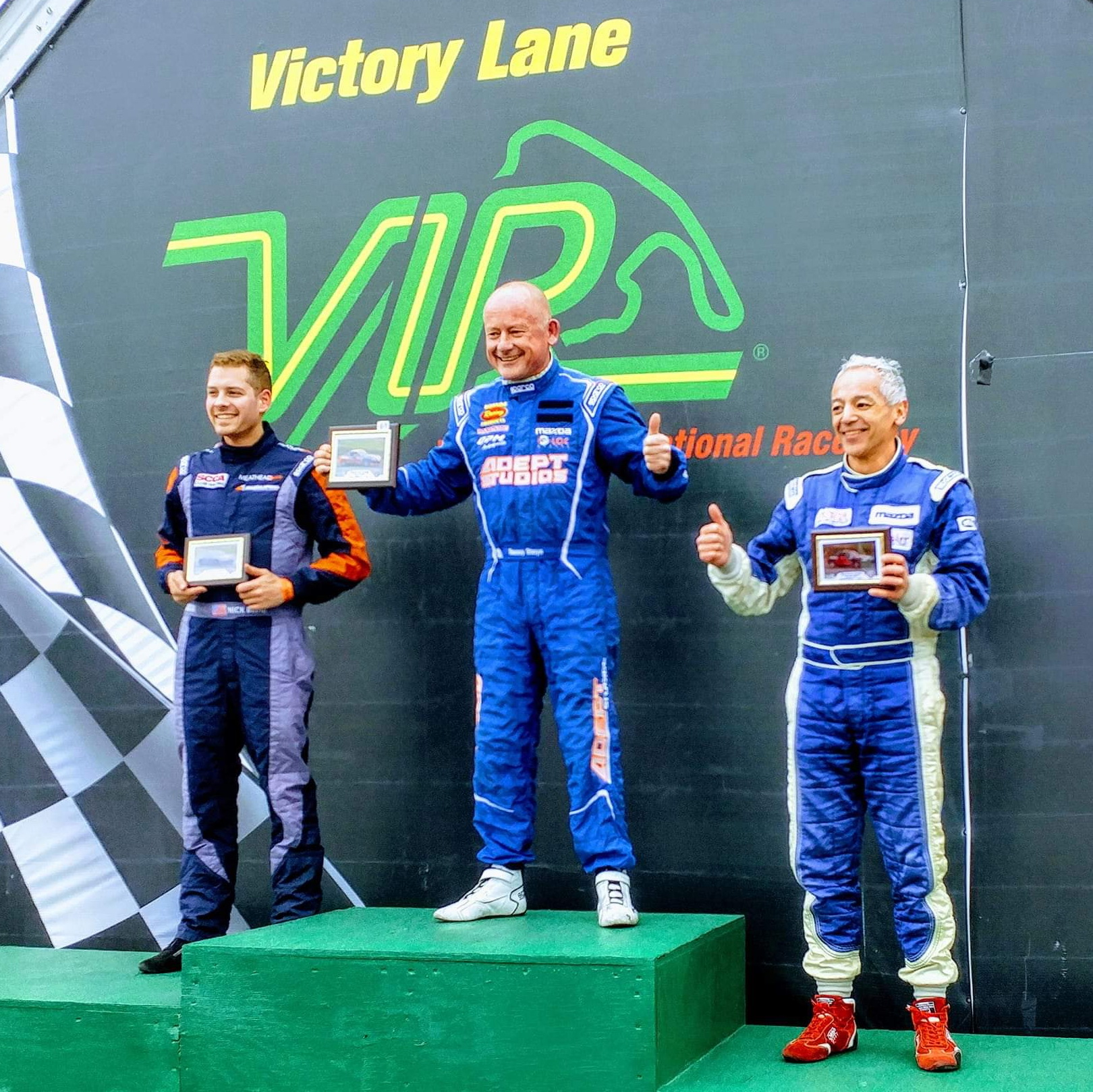 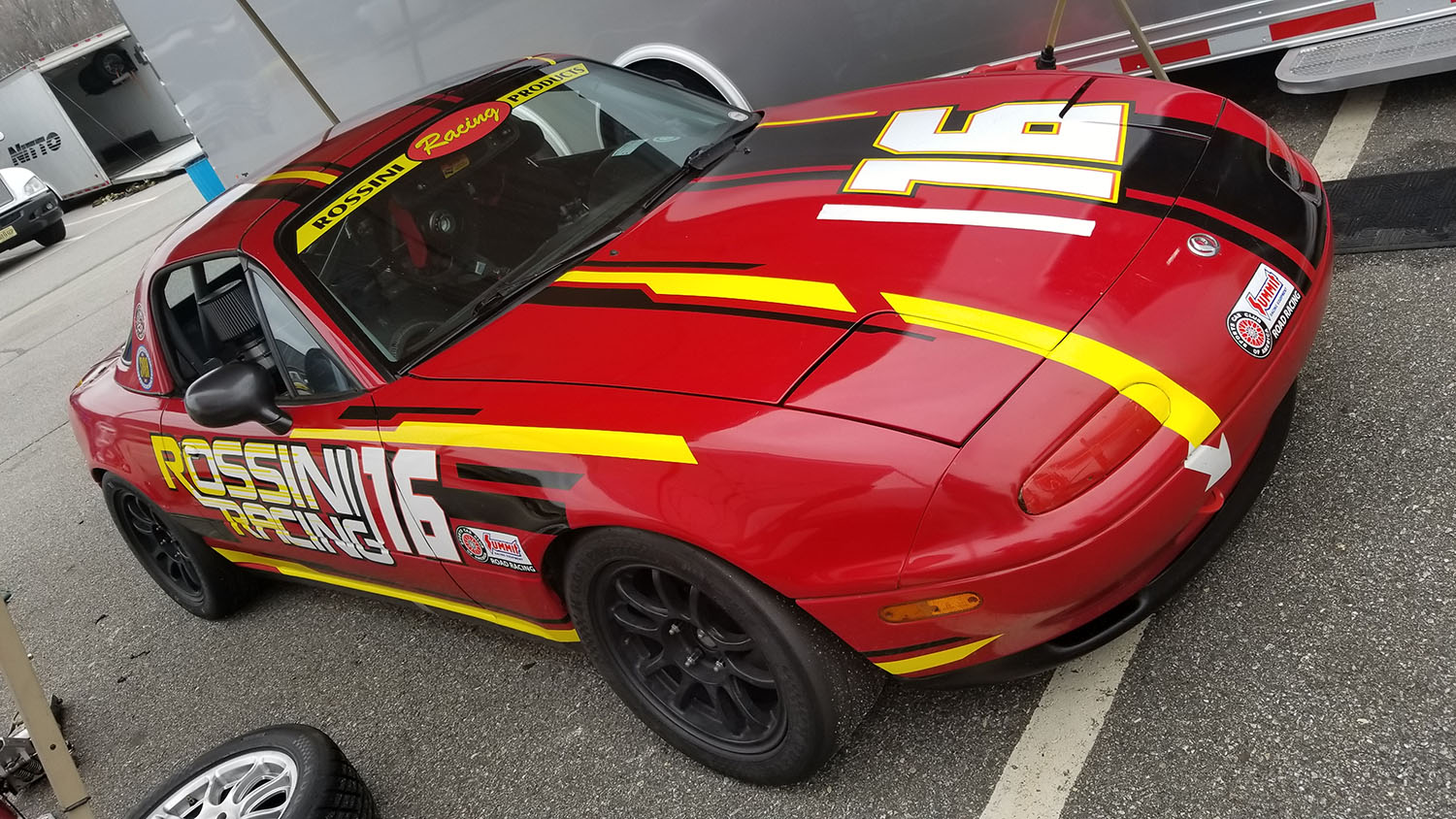 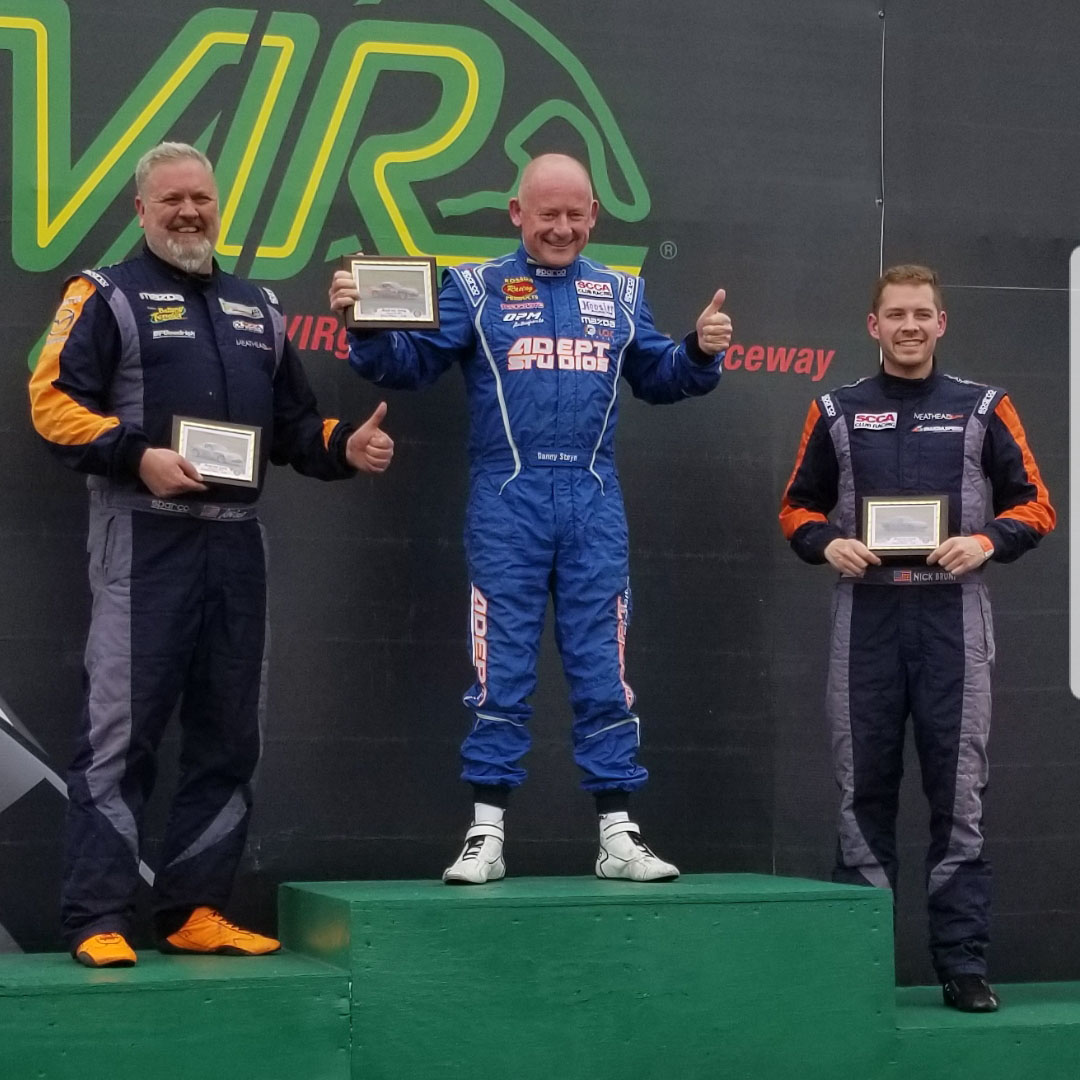 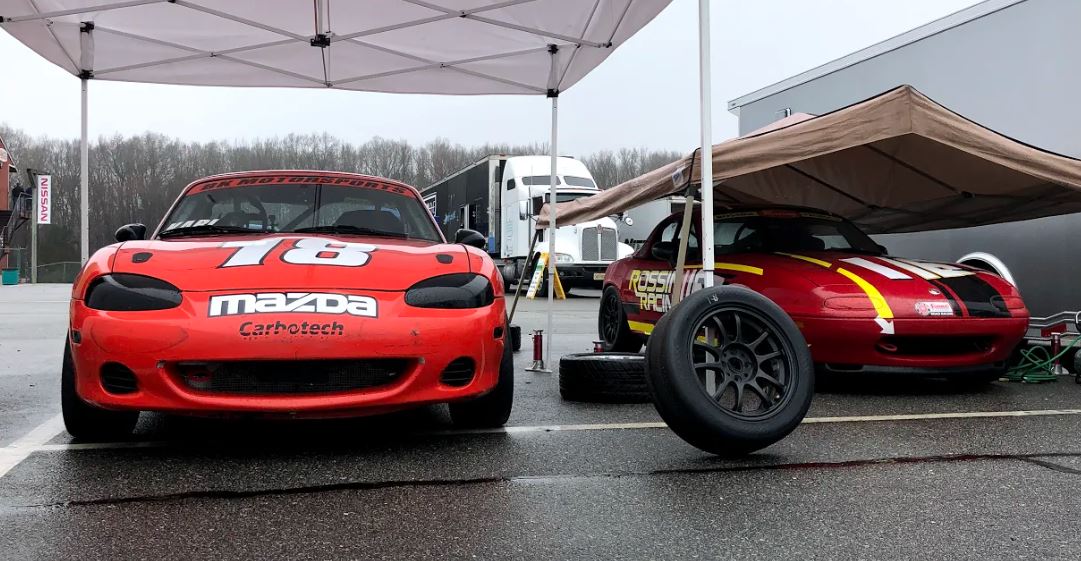 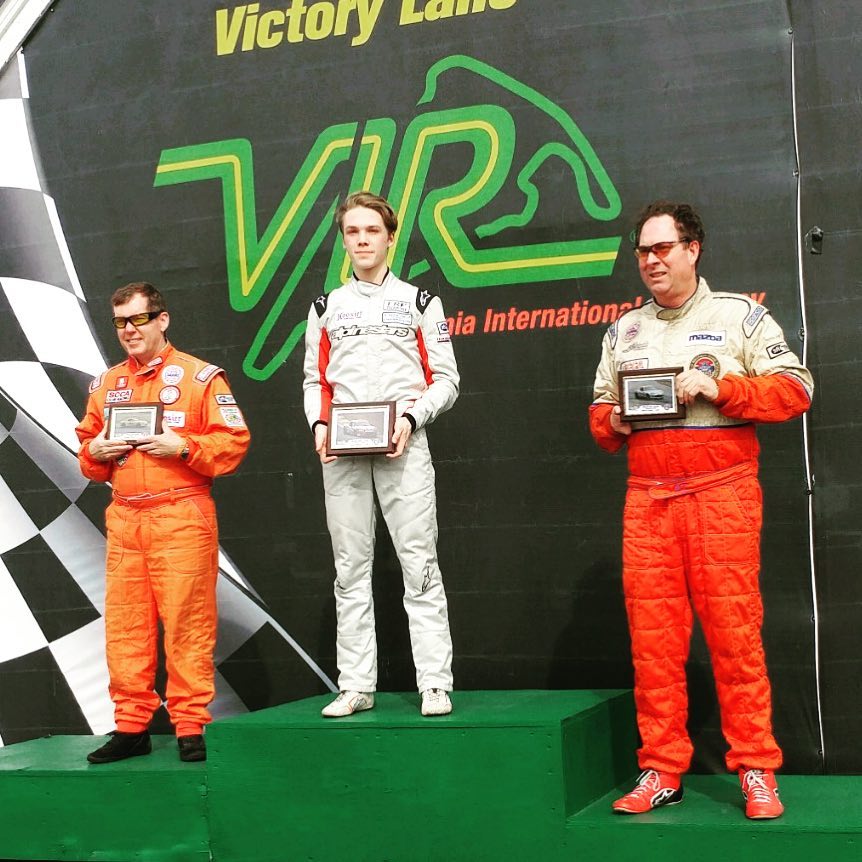 More than thirty Spec Miata drivers braved the freezing conditions at VIR this past weekend, with many putting in valuable seat time at the track that will be the venue for the 2019 SCCA Runoffs.

The test day was a really interesting affair with multiple sessions run in a variety of conditions, including dry, rain, and even snow. In those mixed condition, the times were not very revealing and Saturday morning would be the first really dry session with many drivers going out on sticker tires.

In Q1, Todd Buras showed his form with a time of more than a full second faster than Neil O’Rourke, Mike Collins and Rob Hines. Rossini drivers were out in force and Evan Karl qualified in 6th place, Brian Wright in 8th, Nash Lawson in 12th Joe Tobin in 16th, while Danny Steyn was relegated to 22nd place with transponder issues.

In Saturday’s Race 1, several of the leaders had off track excursions in the early laps including Todd Buras, Mike Collins and Rob Hines. This allowed Yiannis Tsiounis and Nick Bruni to move into the lead and they ran together up front for several laps.

Rossini driver Brian Wright had moved up into 4th place and was hanging with the leaders. Back in the field Danny Steyn was carving his way forward in his backup ’99 that hadn’t raced in over a year, and by the end of lap two, he had moved up 14 spots to 8th.

Todd Buras recovered from his off track excursion, and drove his way from last to first, and then pulled off before the end of the race, but not before he had laid down a lap that was more than a second faster then Steyn and more than 2 seconds over the rest of the field signaling to the racing community that he is going to be a serious threat at the 2019 Runoffs.

Steyn had his transponder issues sorted by Q2 and in the cold wet session he put his ’99 Spec Miata on the pole by over three seconds over O’Rourke, Hines, Bruni and Collins. Rossini drivers Karl, Tobin and Wright qualified in 13, 14 and 17th place respectively. Nash Lawson was unable to go out following contact the previous day.

Sunday’s Race 2 was run on a track that was drying out, but still damp in places. Most of the front of the field chose to go out on dry tires, but there were several who chose to go out on wets, which would prove to be the wrong call, especially in the latter part of the race. Steyn took the lead on lap 1 and never relinquished it, winning by more than 7 seconds over Mike Collins and Nick Bruni. Rossini drivers Evan Karl and Brian Wright elected to start at the back and drive their way through the field, and Evan worked his way up to 7th, but Brian Wright was taken out in an incident. Joe Tobin finished 8th.

Racing moves to Road Atlanta next weekend for the third Hoosier Super Tour on the 2019 season, see you there.