Young Rossini Driver Scores Podium Finish In One Of The Deepest Spec Miata Fields Ever Assembled At Sebring!

Home / Years / 2014 / Young Rossini Driver Scores Podium Finish In One Of The Deepest Spec Miata Fields Ever Assembled At Sebring! 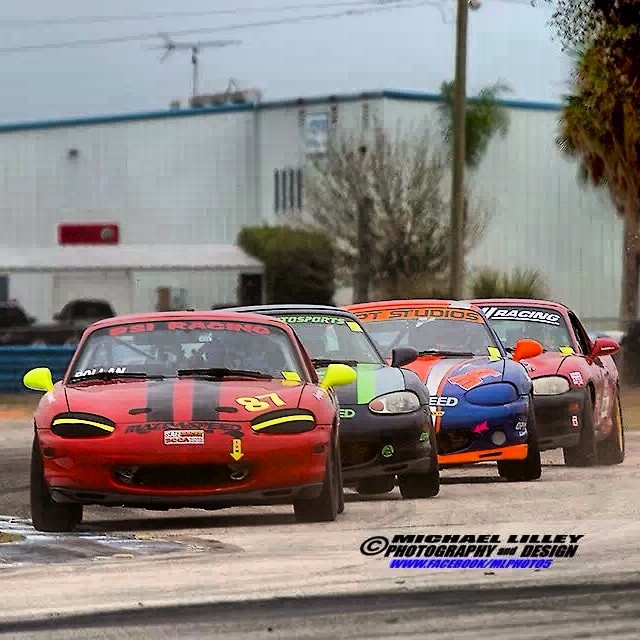 Young Rossini Driver Scores Podium Finish In One Of The Deepest Spec Miata Fields Ever Assembled At Sebring!

Congratulations to young Rossini driver Selin Rollan who put his BSI prepped, Rossini powered Spec Miata on the podium in Race 1 at the season opener at Sebring. This first Majors race of the year drew a record turnout of over 70 Spec Miata drivers, including several past runoffs champions, and many other top ranked Majors drivers.

Rollan and fellow Rossini driver Danny Steyn worked together throughout qualifying, and qualified 5th and 6th.

In the race Selin’s best lap was only 4/10ths of the new track record set in that race by Alex Bolanos who finished 3rd. Craig Berry from Texas won the race.

Steyn had an off course excursion earlier in the race while in 4th place, restarted in 13th and drove back to 9th place at the finish.

In Race 2, Danny Steyn crossed the finish line in 4th place in a very exciting and controversial last lap race to the checker. Unfortunately the final lap was disallowed as it had started after the posted race time had expired, and Steyn was moved back to 5th place behind Bolanos, Berry, Drago and Clements. Selin had another strong finish in 8th place.

Watch Danny Steyn’s in car video from his wild drive in Race 2. The Epic Last Lap Charge starts at 12:40