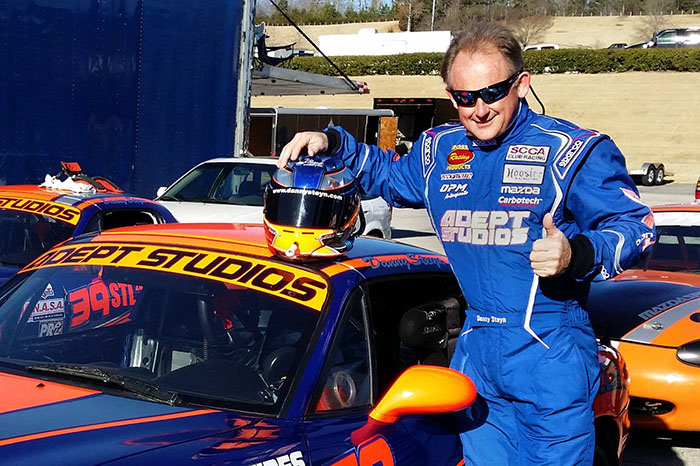 Danny Steyn went to Barber with one agenda. To lower the track record that he set in August of 2013. In August the temperatures were in the high 90’s and he knew that the track would be much faster in cooler weather, and that’s exactly what he got at the NASA race this past weekend.

With the ambient air in the 50’s Steyn lowered his track record by over a second from 1:46.735 to 1:45.719. Steyn had the perfect trifecta for the weekend. He qualified on pole for both races, won both races and set fastest race lap in each race.

Steyn also ran a further second faster in the TTE time trial running an amazing time of 1:44.812 but as it was not a race this does not count as a track record.