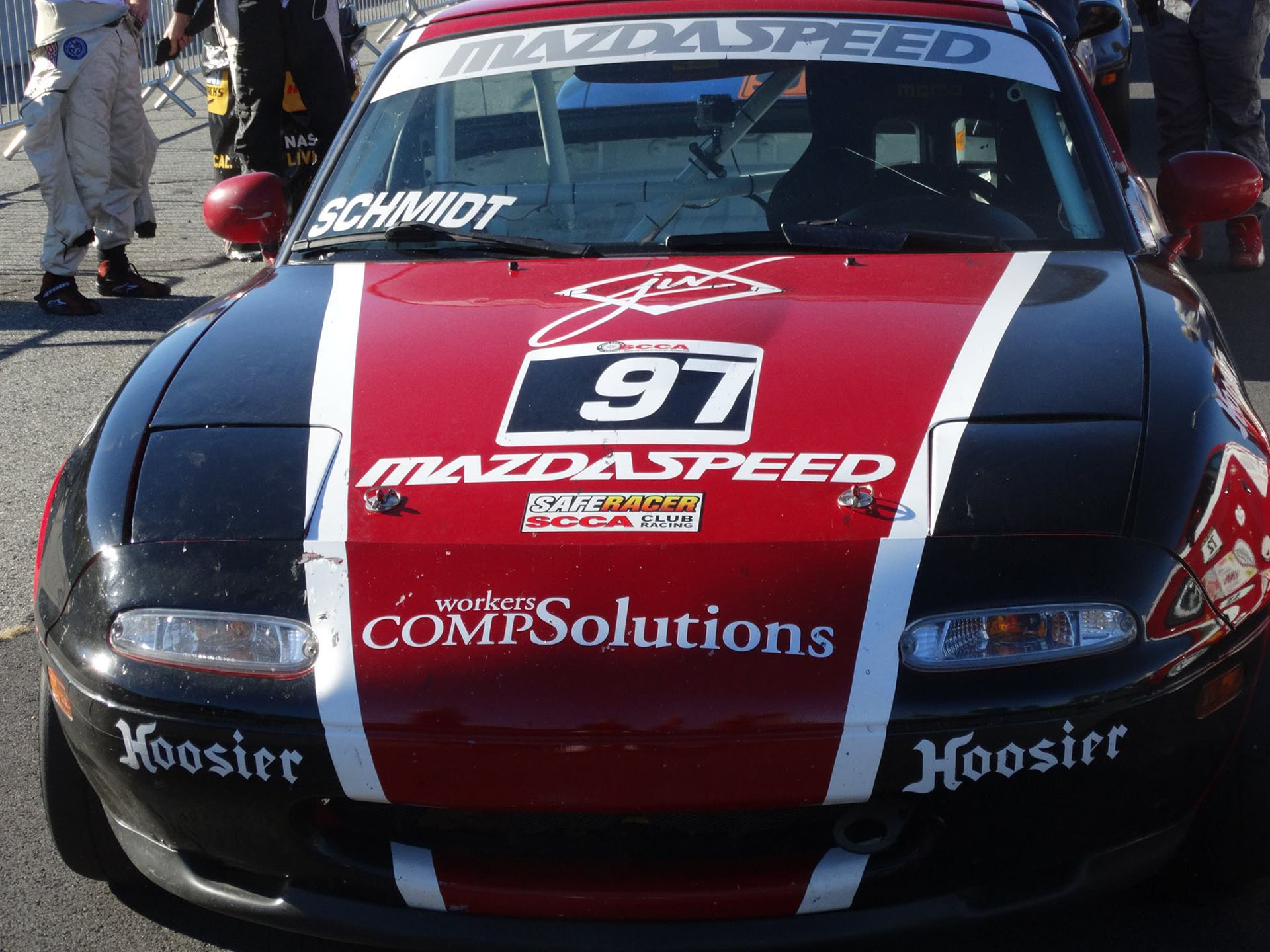 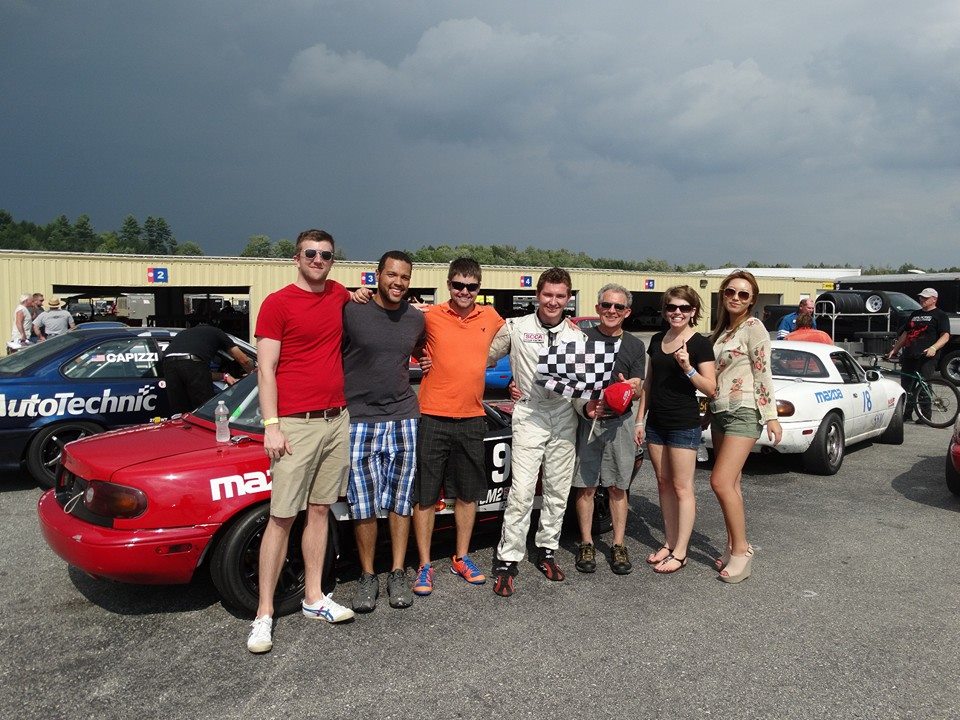 This past weekend, former Motocrosser Jesse Schmidt showed just what a well prepped 1.6NA Mazda Miata can do in the hands of raw talent by winning the 2015 SCCA New England Region Spec Miata Championship. Jesse had to start the championship deciding race from the back of the grid due to failed alternator in the qualifying session, but still went on to secure the title.
We are so proud of Jesse who has a bright future in racing, but especially proud of what he showed the world he could do with a low budget program and the 1.6 NA Miata. Congrats Jesse on a wonderful season.