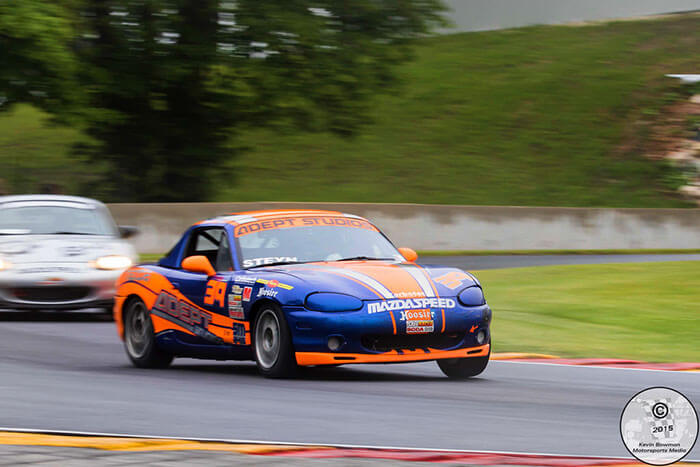 Danny Steyn has a reputation of bring a “rain-meister” – the ability to go fast in difficult wet weather conditions.

In 2010 Steyn won his first June Sprints title, in the rain, and in subsequent “dry” years has qualified on pole on 3 occassions and has led the last three June Sprints, only to experience frustrating last lap shunts and passes.

THis year, with the skies dark, the track wet and a sprinkle of rain in the air, Steyn and Lamb mounted wet tires, while the East Street Camp went with slicks, gambling on the track drying in the later laps. Ultimately those that chose rains rains, triumphed.

Steyn and Lamb had a race long battle, exchanging the lead several times, with Steyn making the final pass with two laps to go and finish with a 0.6 second margin over Lamb.