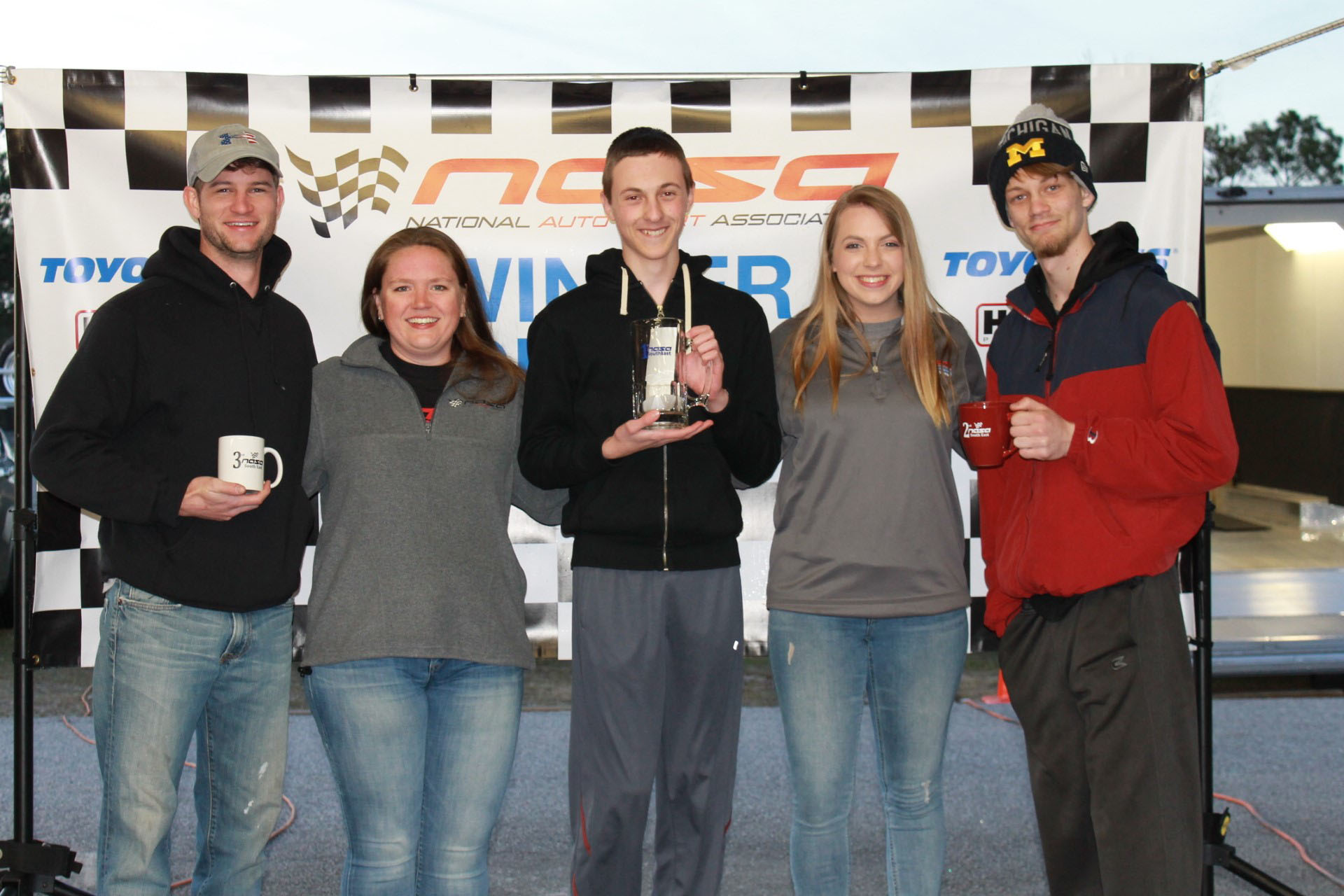 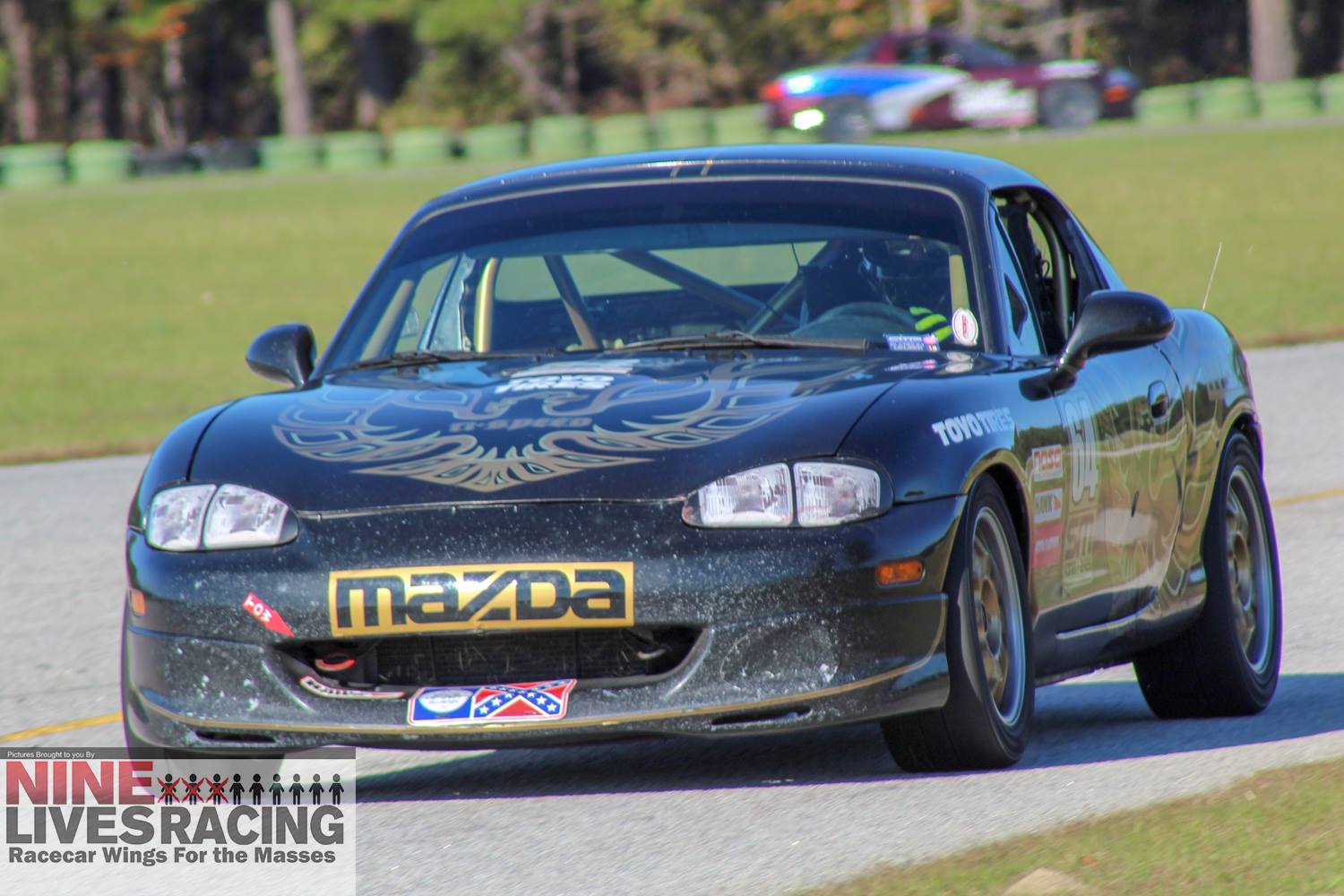 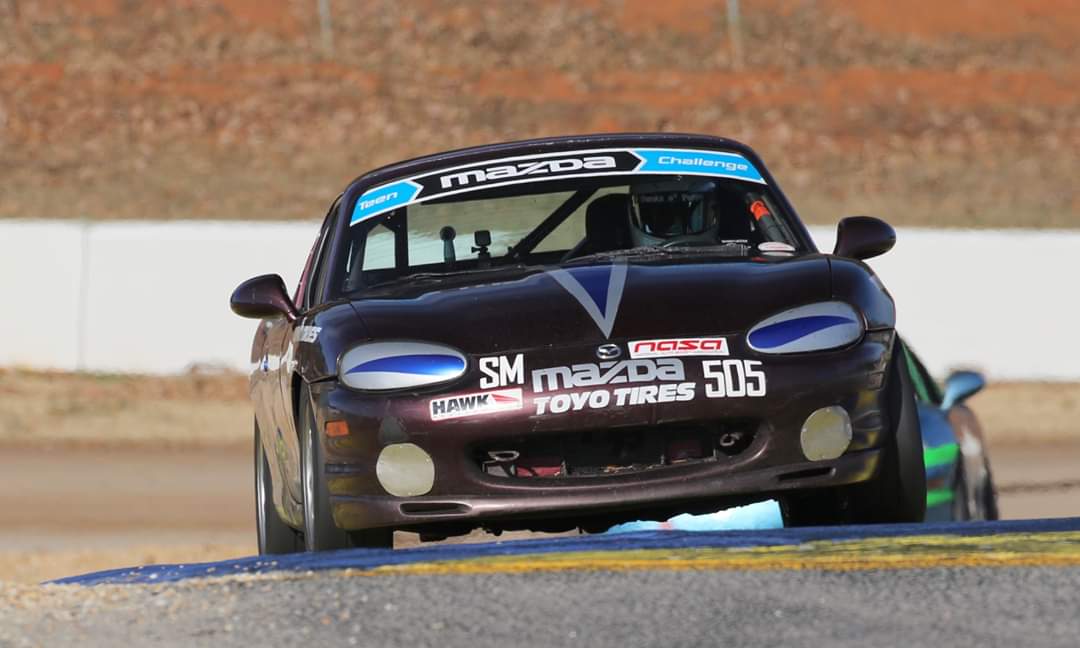 In NASA Southeast there’s a gentlemen’s agreement to one new set of sticker tires per weekend. and CMP ace Pat Smith played the gentlemen’s tire agreement to his advantage. Smith sacrificed his Saturday qualifying and race to have a new set of stickers for Sunday, this ultimately set the tone for the day. Pat Smith took fast time by a small margin of 0.054 seconds over Aiden Baker Crouse with Rossini Teammate Grant West qualifying 3rd.

About an hour before the race heavy rain moved in and the rain tires came out. On the start Pat Smith got the lead and the rest of the race was pretty much follow the leader trying to see through the spray. Pat Smith made one bobble in turn 14 which allowed Aiden Baker Crouse to pull up beside him on the front straightaway but this unfortunately put Aiden on the outside entering turn one and Pat maintained the lead.

Aiden Baker Crouse said “I couldn’t see anything in the spray behind Pat, I felt I was guessing where the track was some of the time.” Pat Smith drove a great race and took the win by 0.246 seconds. Aiden Baker Crouse finished 2nd with teammates Grant West in 3rd and Tyler Harrell in 4th.

ABC Motorsports would like to thank all their supporters, our family and crew, Rossini Racing Products, Carbotech Brakes and Darren Brady CPA.