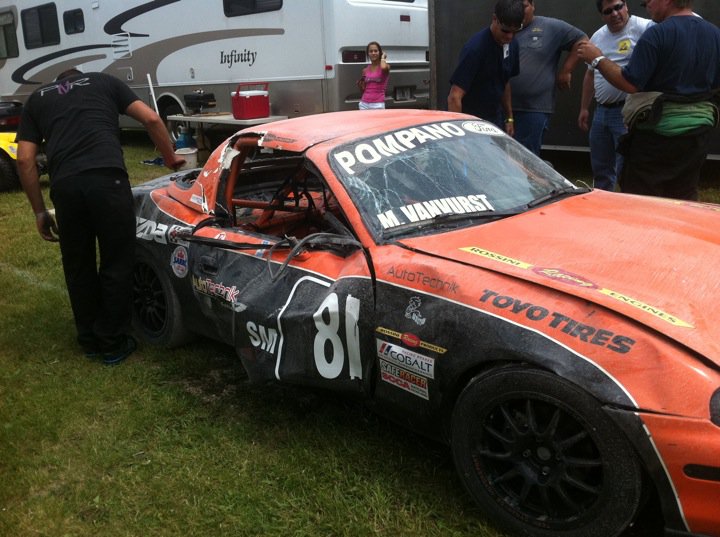 Chip blew and engine in practice, rolled his car in qualifying, was sent to back of the grid in error and ran from dead last to finish 4th. What an achievement.