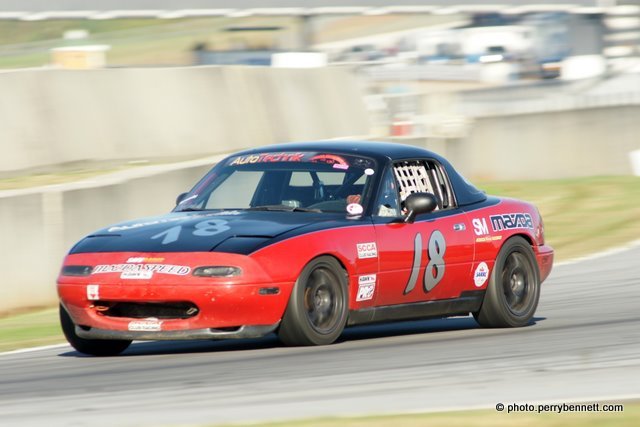 Rossini powered Spec Miata driver Alex Bolanos put his 1994 Mazda on the pole at the Roebling Road National this past weekend. Another Rossini driver, Danny Steyn put his car into 3rd place.

Between qualifying and the race, Mike Rossini spent several hours on his portable Dynojet with Alex’s car and it paid off. While Alex was not able to contend for the win he was able to dice it up with Andrew Charbonneau, Jeff Labounty and Danny Steyn.

Todd Buras in his 1.6 ran away with the win, Charbonneau claimed 2nd and Alex finished 3rd. Steyn suffered electrical gremlins but hung on for 5thplace.