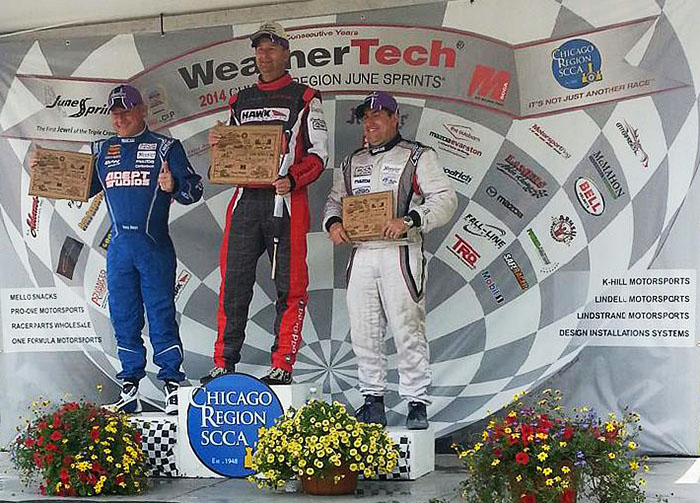 In one of the deepest fields assembled at the June Sprints, Danny Steyn put his OPM /Rossini/Traqmate /Carbotech Spec Miata on the pole for the 2nd consecutive year. In Saturday’s Majors Sprint Race Steyn briefly led, before making a mistake that put him back to 5th place.

In Sunday’s June Sprints Feature Race Steyn led most of the race, but after the restart Todd Lamb passed Steyn just prior to a 2nd race ending FCY.