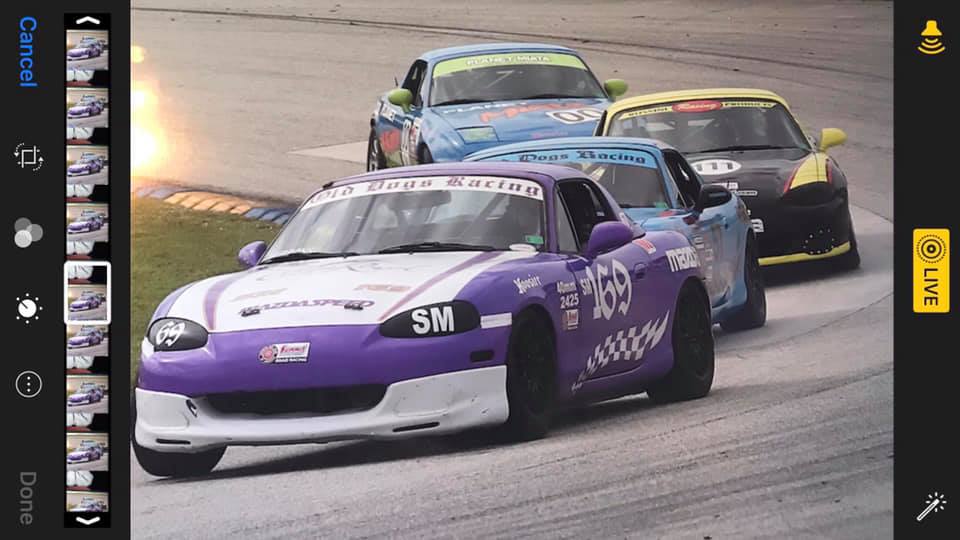 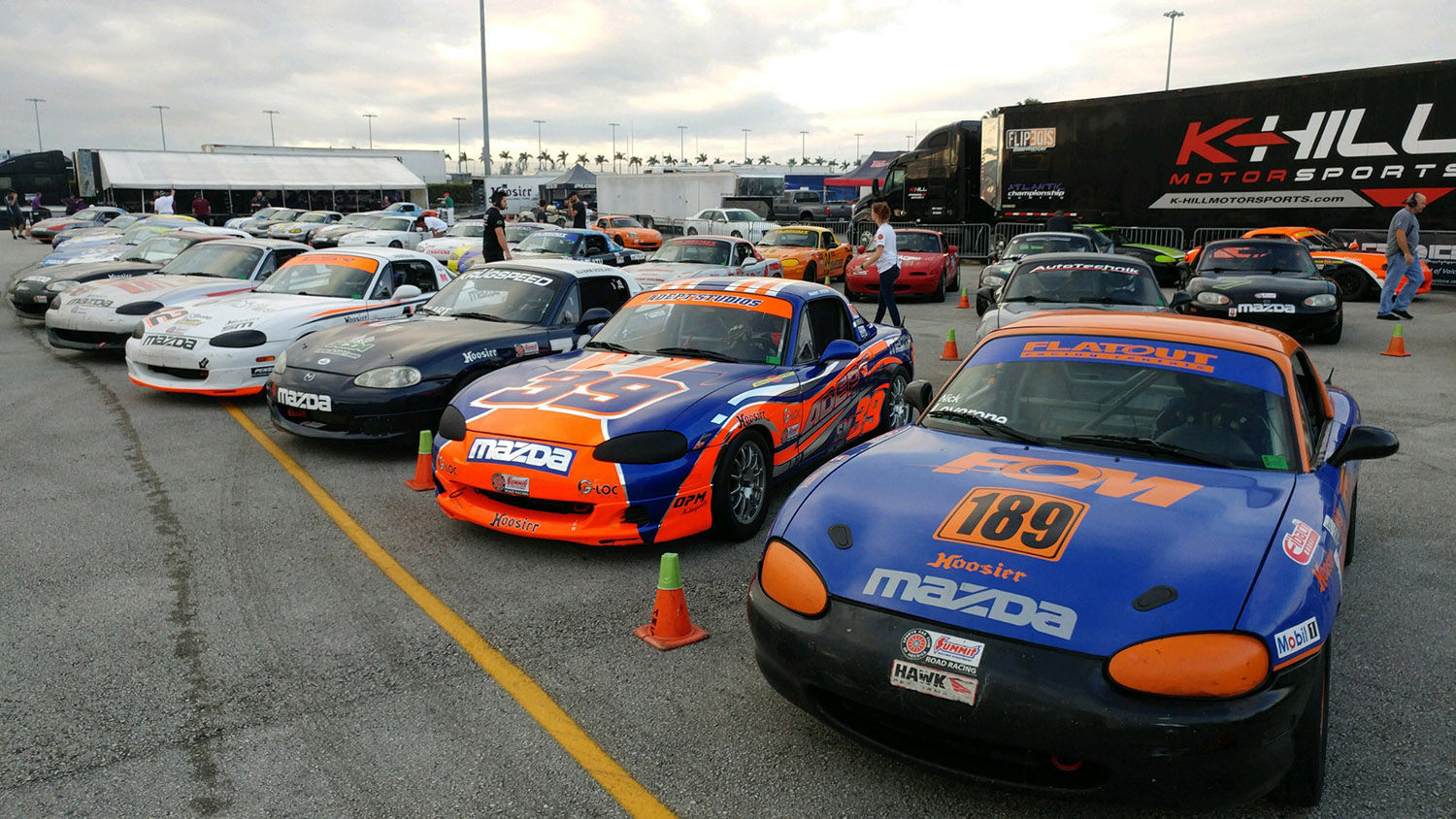 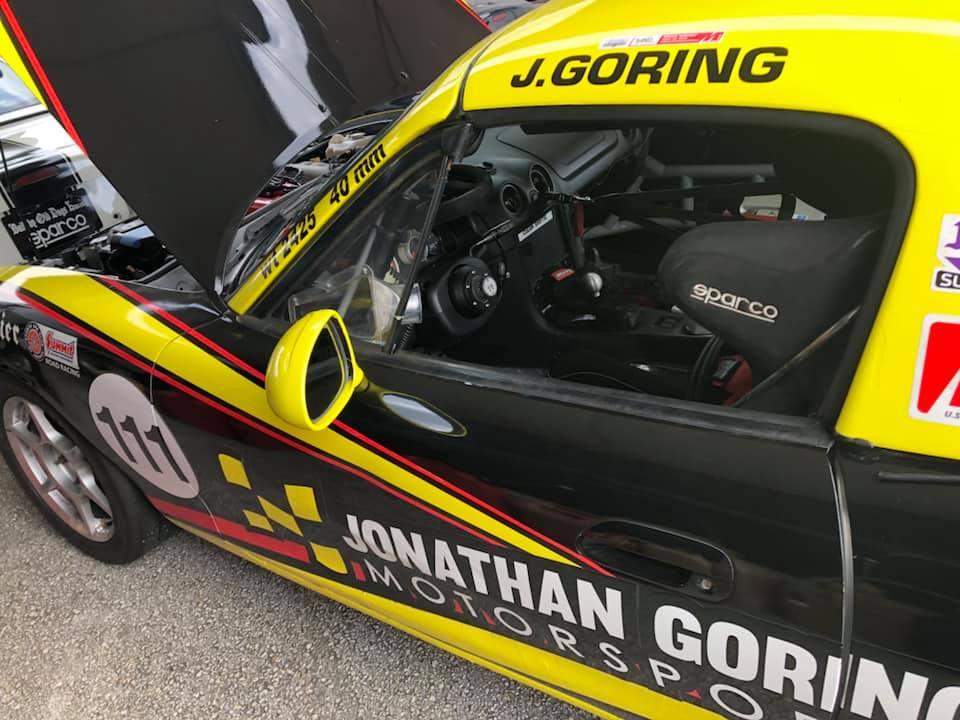 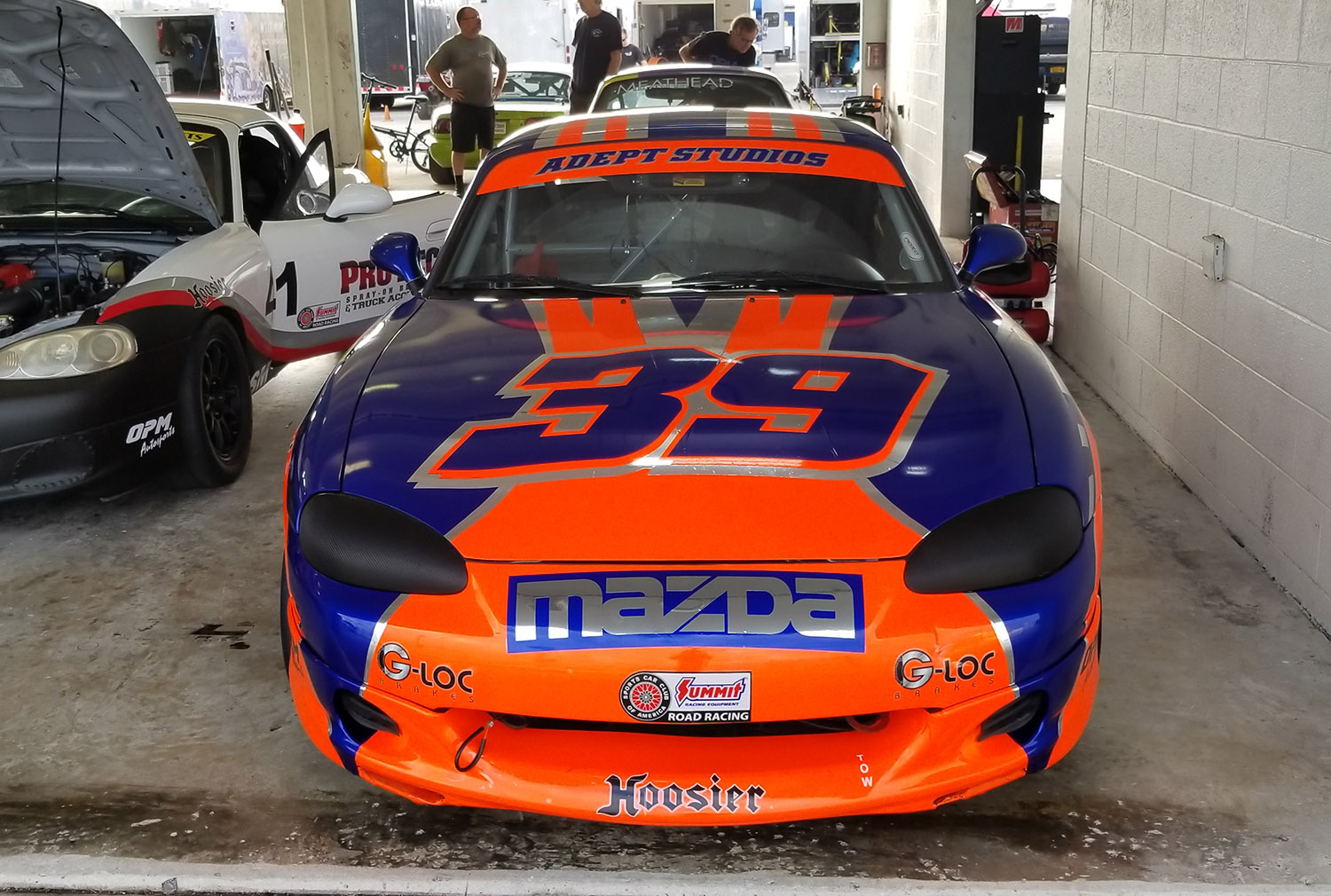 Rossini Racing was well represented at the SCCA Majors 2019 season opener at Homestead Speedway this past weekend. It was also the fist weekend in SCCA that the new Penske shocks would make their race debut so there was a lot of discussion about their performance.

In Qualifying 1, Danny Steyn and Michael Carter finished 2nd and 3rd behind Nick Leverone, but those times were bettered in the 2nd Qualifying Session the following day in the cooler morning session. The Preston Pardus / Todd Buras team was on fire, taking the front row, followed by Elivan Goulart, Michael Carter and Danny Steyn

Some of the other Rossini qualifiers were Jason Connole with an impressive 7th, Mark Gibbons 10th, Jonathan Goring 10th, and Alex Acosta 15th

In Race 1, everyone knew the only way to have a chance was to separate Buras and Pardus, but they immediately jumped into the lead and started to pull away. Steyn, Carter, Leverone, and Goulart all worked together at different times, but were unable to separate them.

However, on the last lap, Goulart did a late brake into Turn 9, inserting himself between Pardus and Buras and he chased down Pardus all the way to the line, but Pardus was able to hang on for the win. Goulart finished 2nd, Buras 3rd, and Steyn 5th. Carter ran out of gas with 3 laps to go and pulled in. Goring finished 11th, and Papi Rollan had a great drive finishing 16th. Unfortunately Connole had a spin early in the race, dropped back to last and was able to drive back to 17th .

Sunday’s Race 2 was in much cooler conditions and the focus again was on separating the Buras / Pardus team. Goulart’s car quit on the out-lap, he got it going and charged through the field under yellow and was later black flagged for the transgression. Steyn and Carter tried to make it work but couldn’t. Then Leverone and Steyn started a charge but were passed by Carter and Drago. Drago pushed Carter up to the front but not past his team mates. This time Buras held on for the win with Pardus 2nd, Carter 3rd and Drago 4th. Steyn finished 5th.

Jason Connole had a great race finishing 8th, Gibbons in 9th and Goulart charged back from the black glag to finish 10th. Acosta was 12th and Goring 14th.

Not what we had hoped for, but onto Sebring to see what the Penske’s will do on a bumpy track