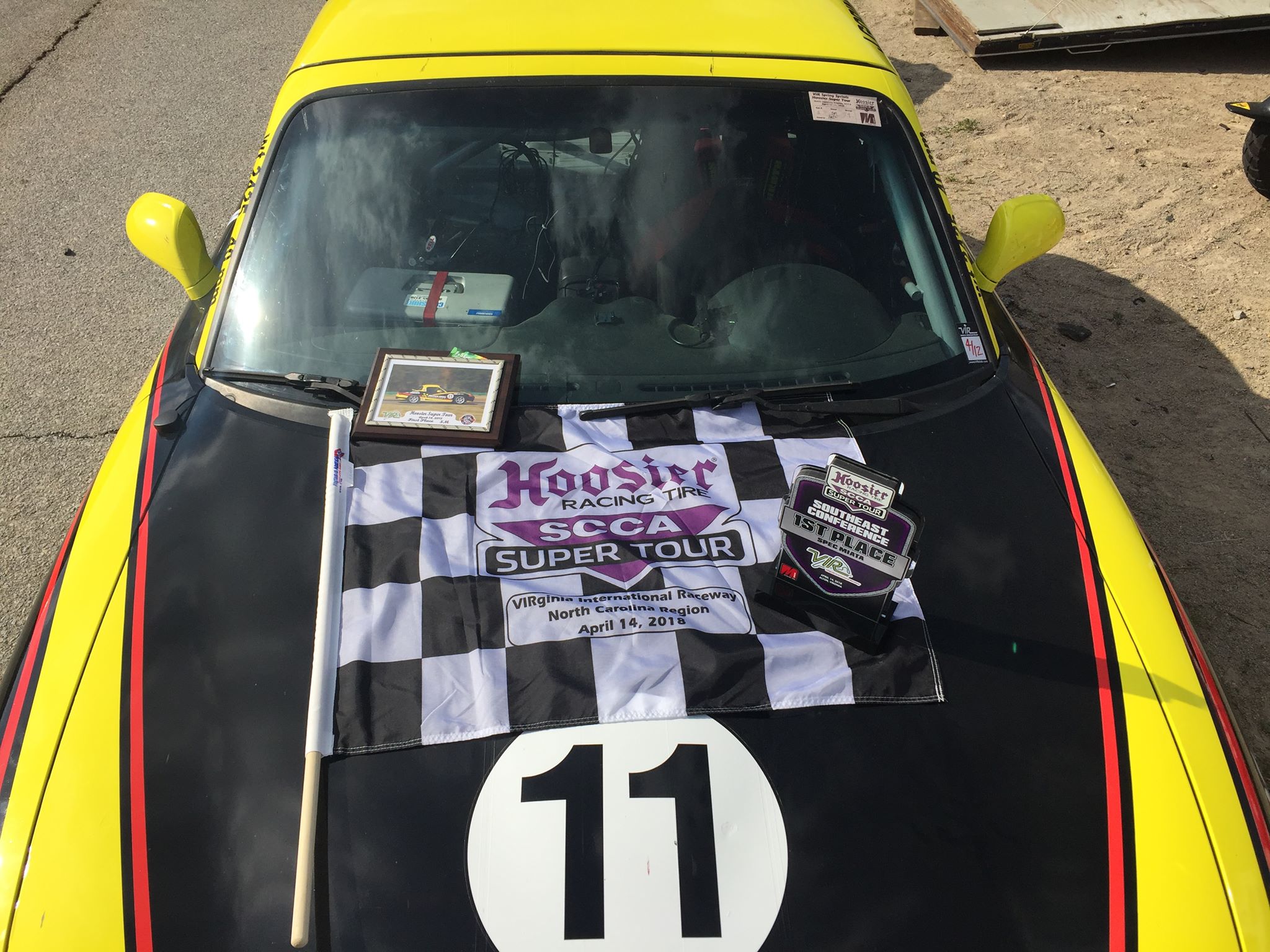 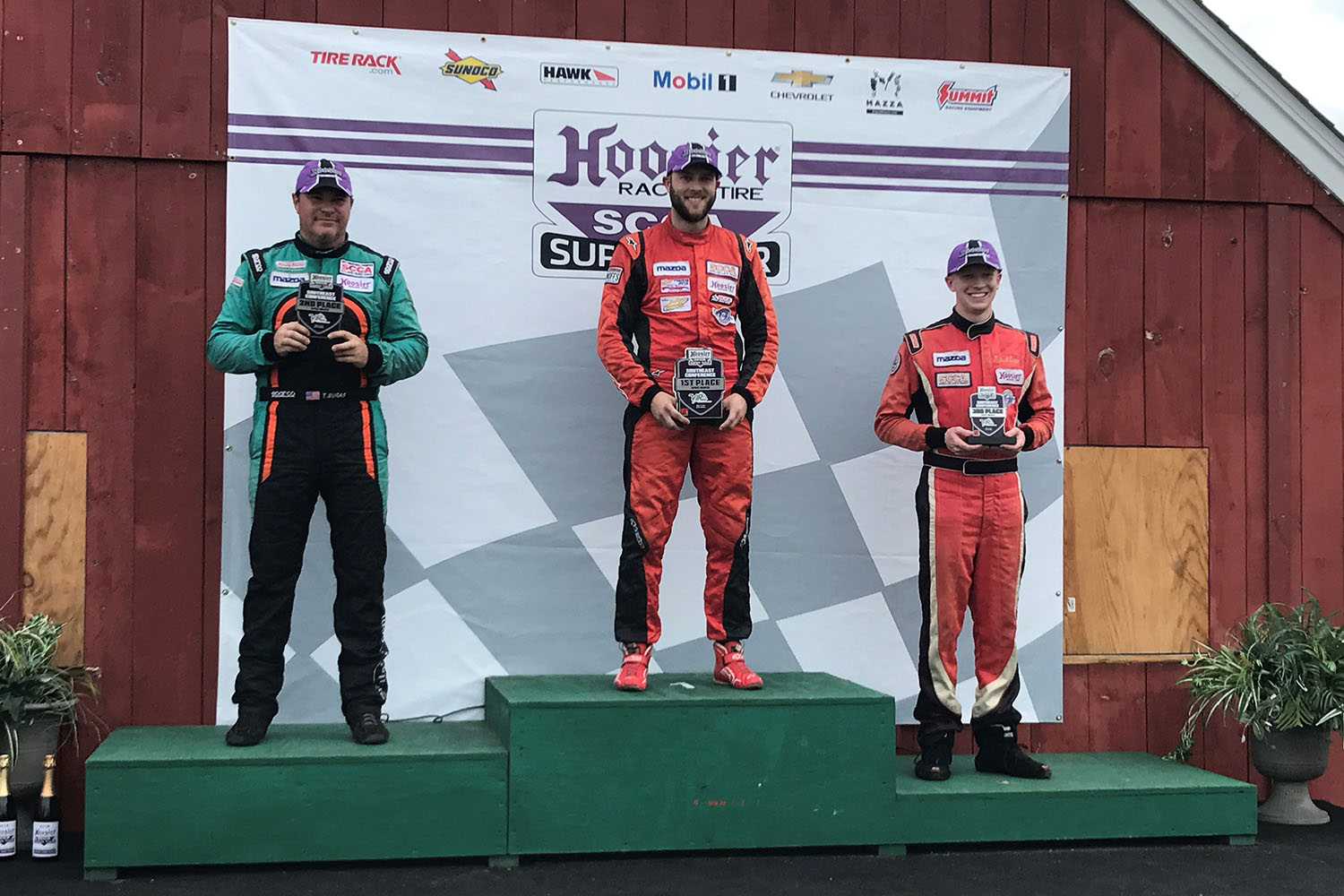 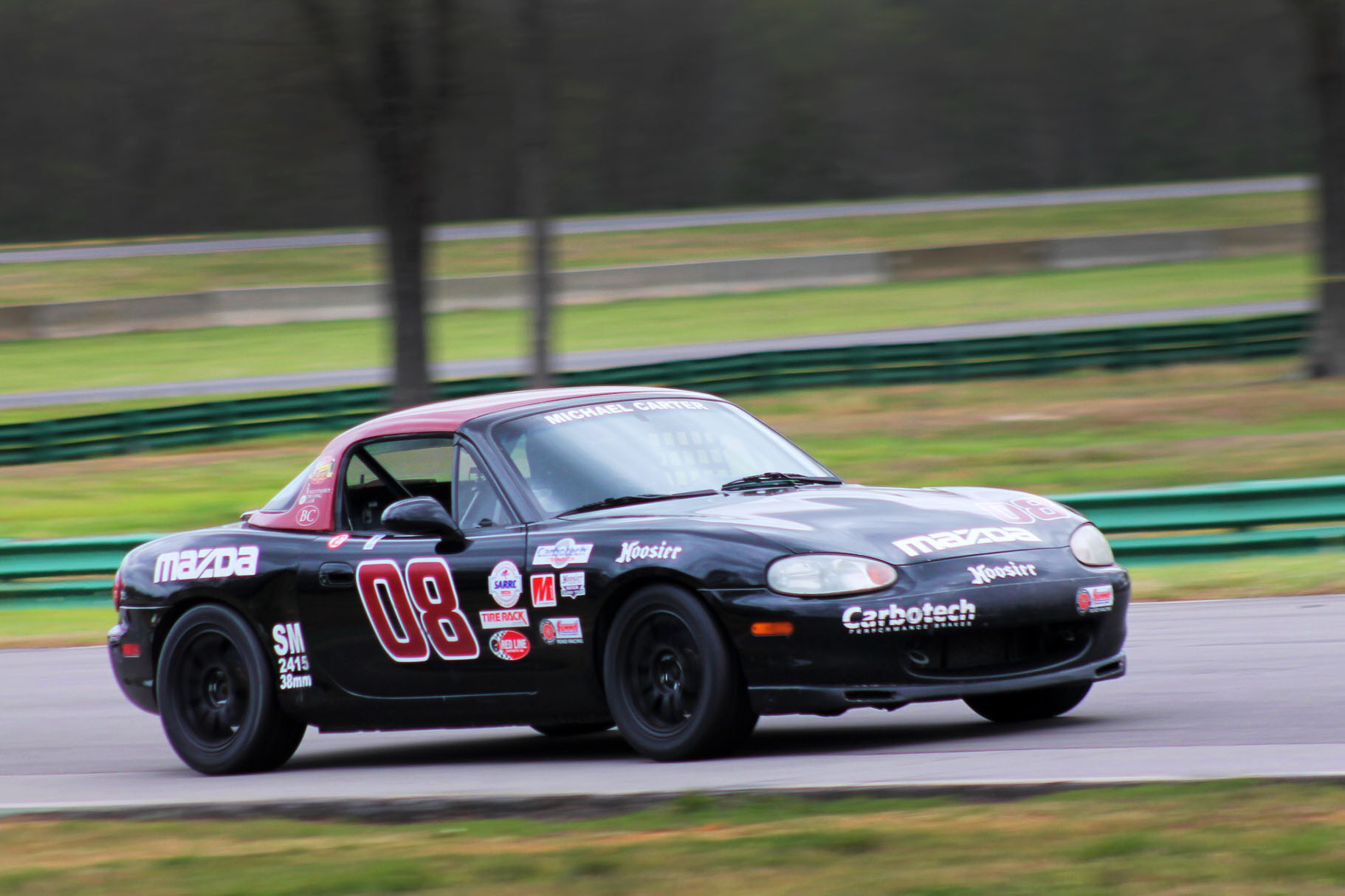 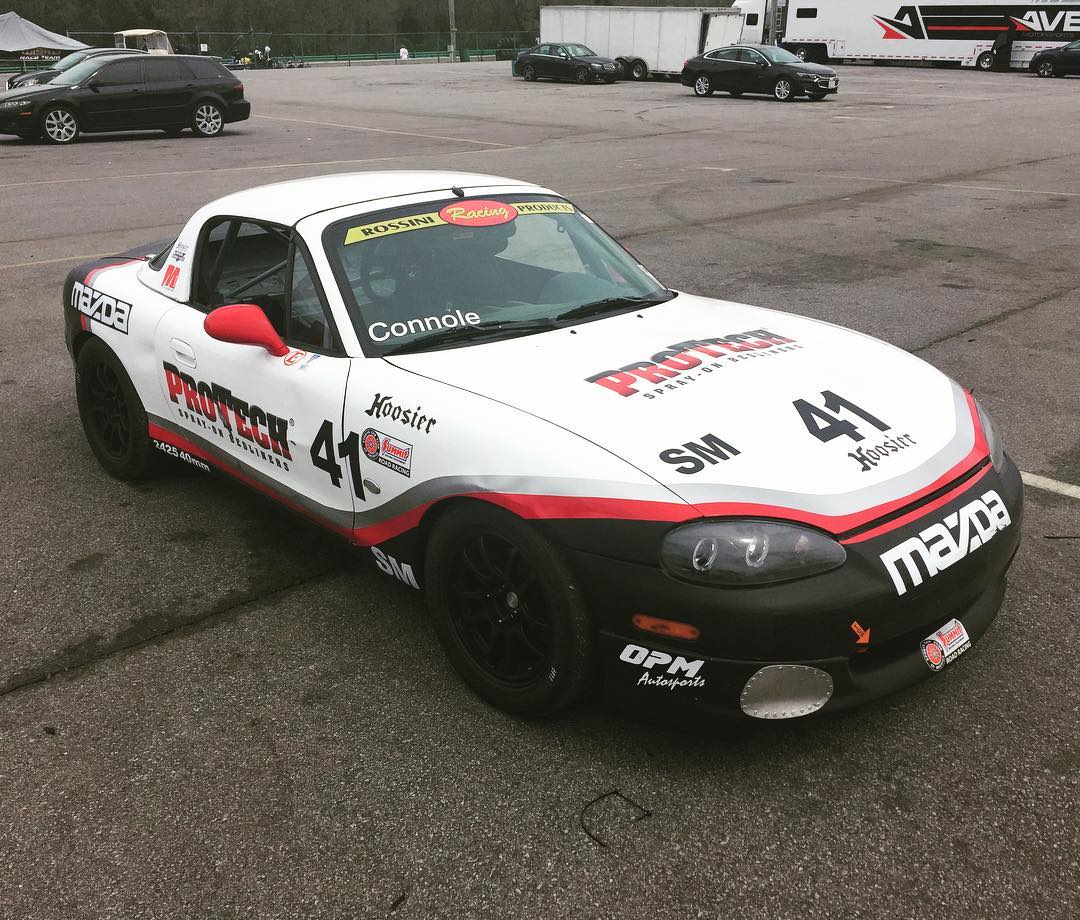 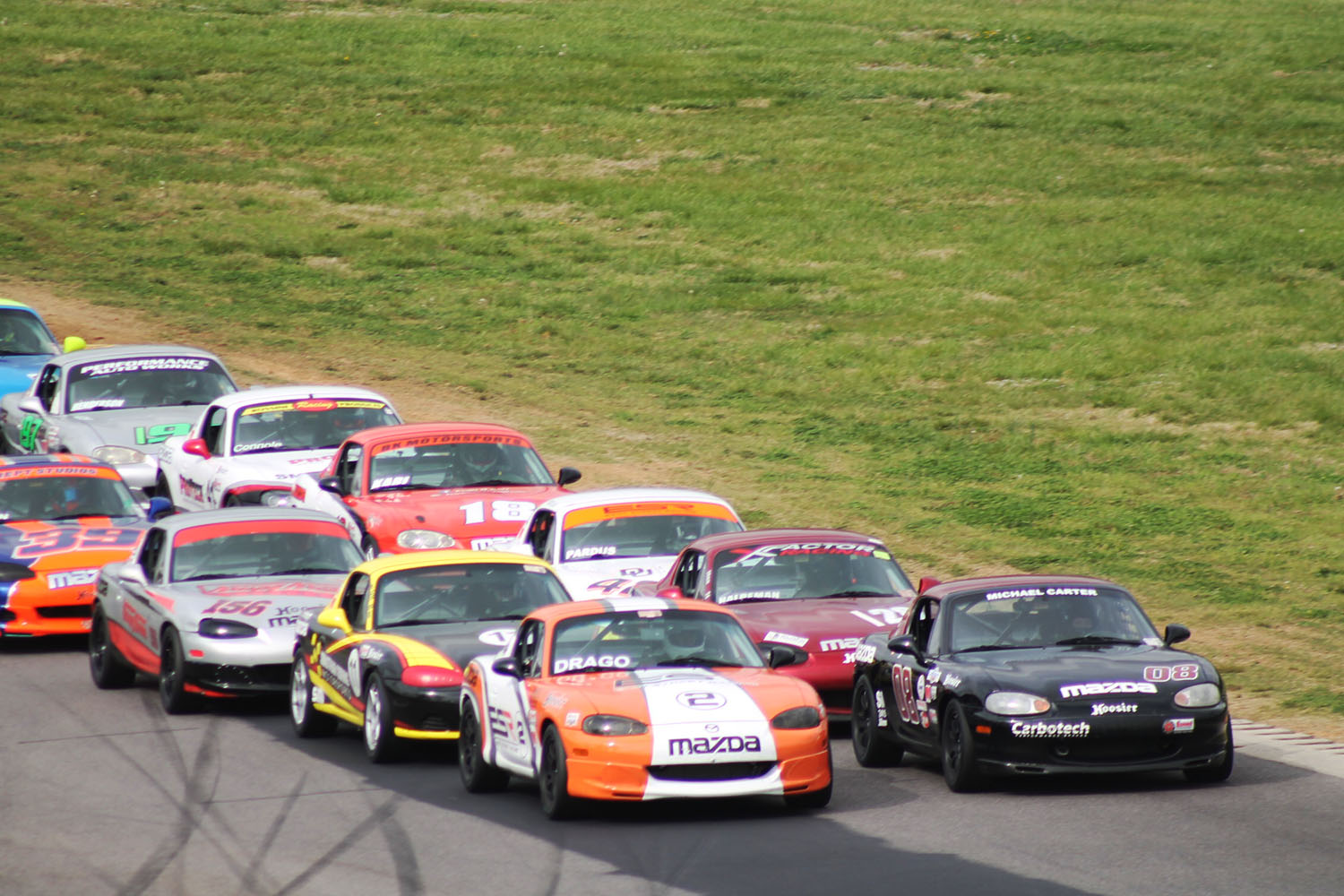 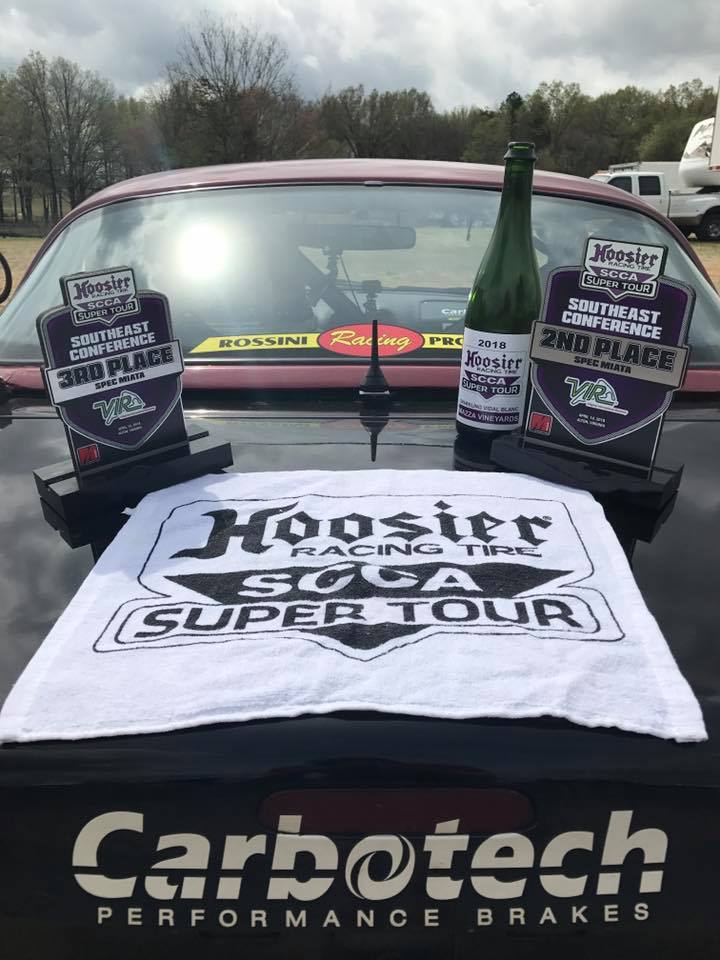 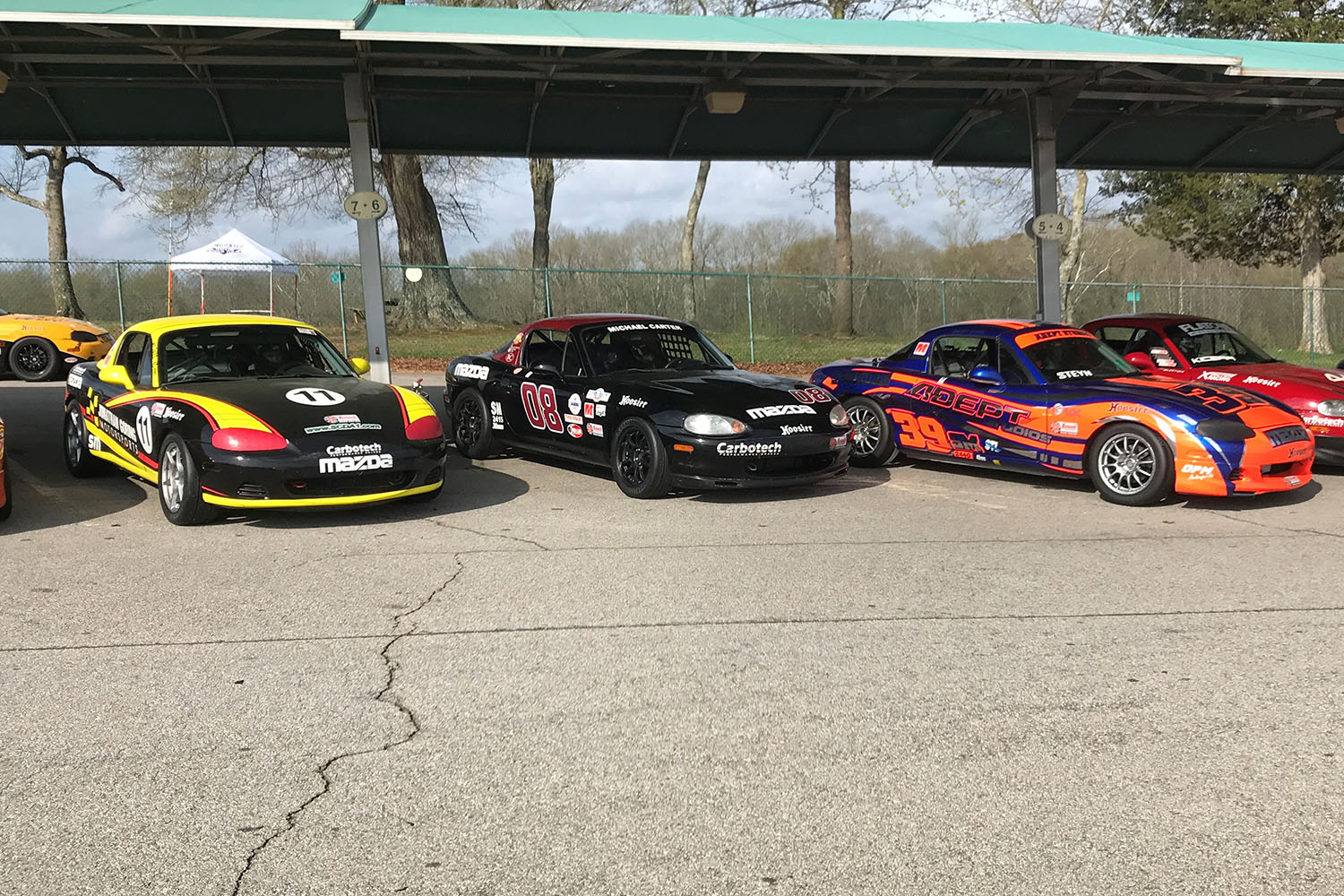 Goring gets his first Majors win of 2018, Carter continues his podium streak

To say that our Rossini drivers are having a great season would be a total understatement. And at this weeks Hoosier Super Tour at Virginia International Raceway, they once again showed their strength.

In Qualifying 1, Danny Steyn showed his form and put it on the provisional pole with Michael Carter in 4th, Jonathan Goring in 7th, Evan Karl 10th in his hew car, Jonathan Davis in 14th and Alex Acosta in 19th.

In Saturday’s Race 1, it was an epic duel up front with some of the fastest Spec Miata drivers in the country doing battle. There were several lead changes in the early laps, and then they settled into a rhythm and then with two laps to go all hell broke loose. At the front, Jonathan Goring who returned from a 2 year absence, put his Rossini built Spec Miata onto the top step of the podium for the first time this year. And Michael Carter, finishing right on his side, continued his podium streak finishing 2nd. Michael has stood on the podium in every single Majors and Spec Miata race he has raced this year, a phenomenal achievement in a class as deep as this one.

Preston Pardus finished 3rd making this one of the youngest podiums in a long time in Spec Miata . Danny Steyn went wide in Turn 1 early in the race, and dropped back to 19th place but was able to race up to 9th at the finish line. Jonathan Davis finished in 10th on Steyn’s bumper. With Jason Connole in 15th after going off in Hog Pen, and Evan Karl finished 20th after going off at the top of Roller Coaster

On the final lap there were 6 drivers all bumper to bumper coming into the last run down roller coaster. Tyler Kicera held it to the finish over Todd Buras with Michael Carter keeping his podium streak alive yet again with a 3rd place finish. Steyn finished in 7th with Goring on his bumper in 8th. Amy Mills in her Rossini powered VVT finished 17th with Jonathan Davis in 18th and Evan Karl in 23rd. Unfortunately Jason Connole couldn’t get a break and retired with a broken gearbox.

In the South East Majors Conference Points Michael Carter has extended his commanding lead over Preston Pardus, and in the Hoosier Super Tour point standings has closed the gap on points leader Chris Haldeman.