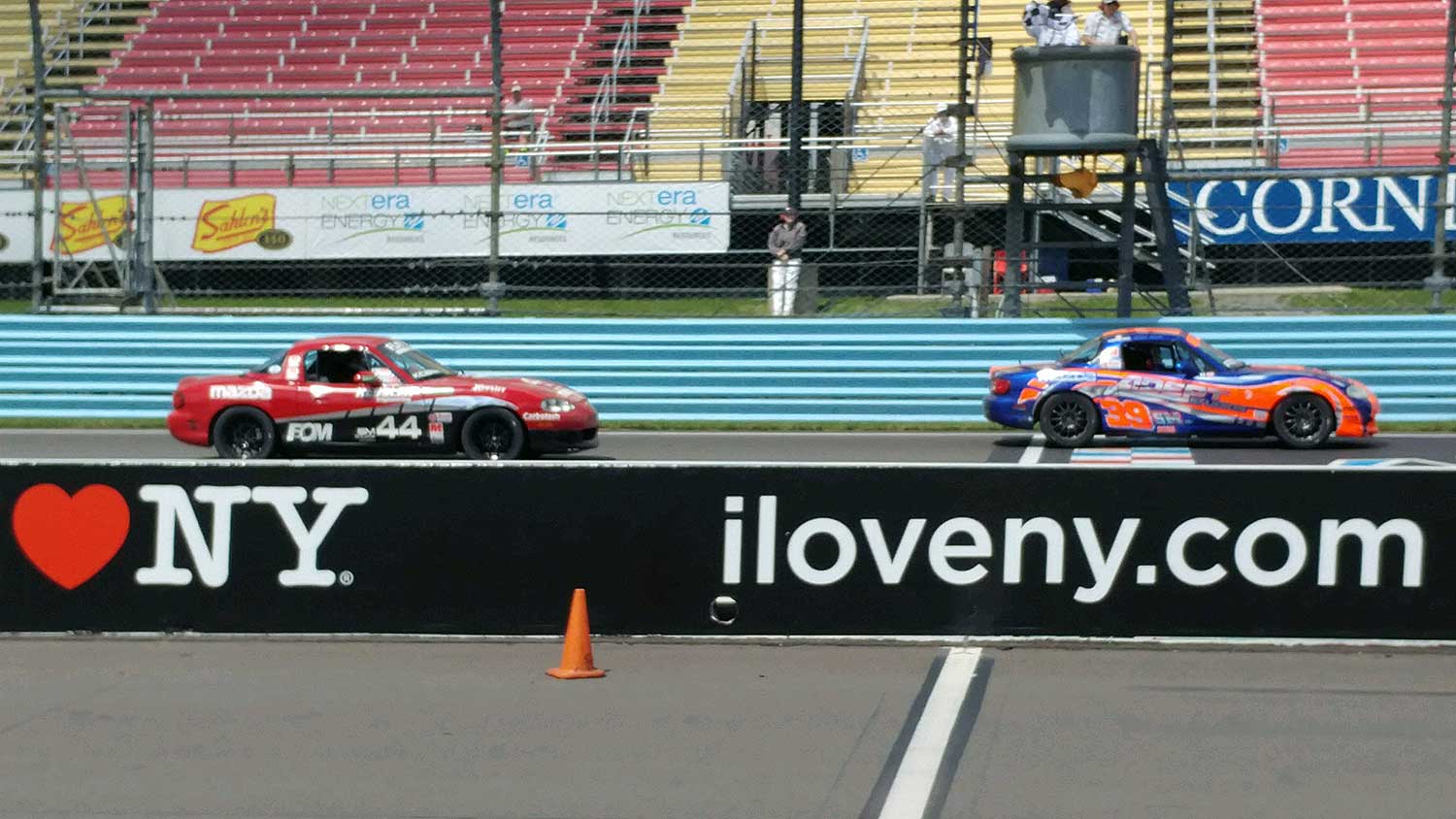 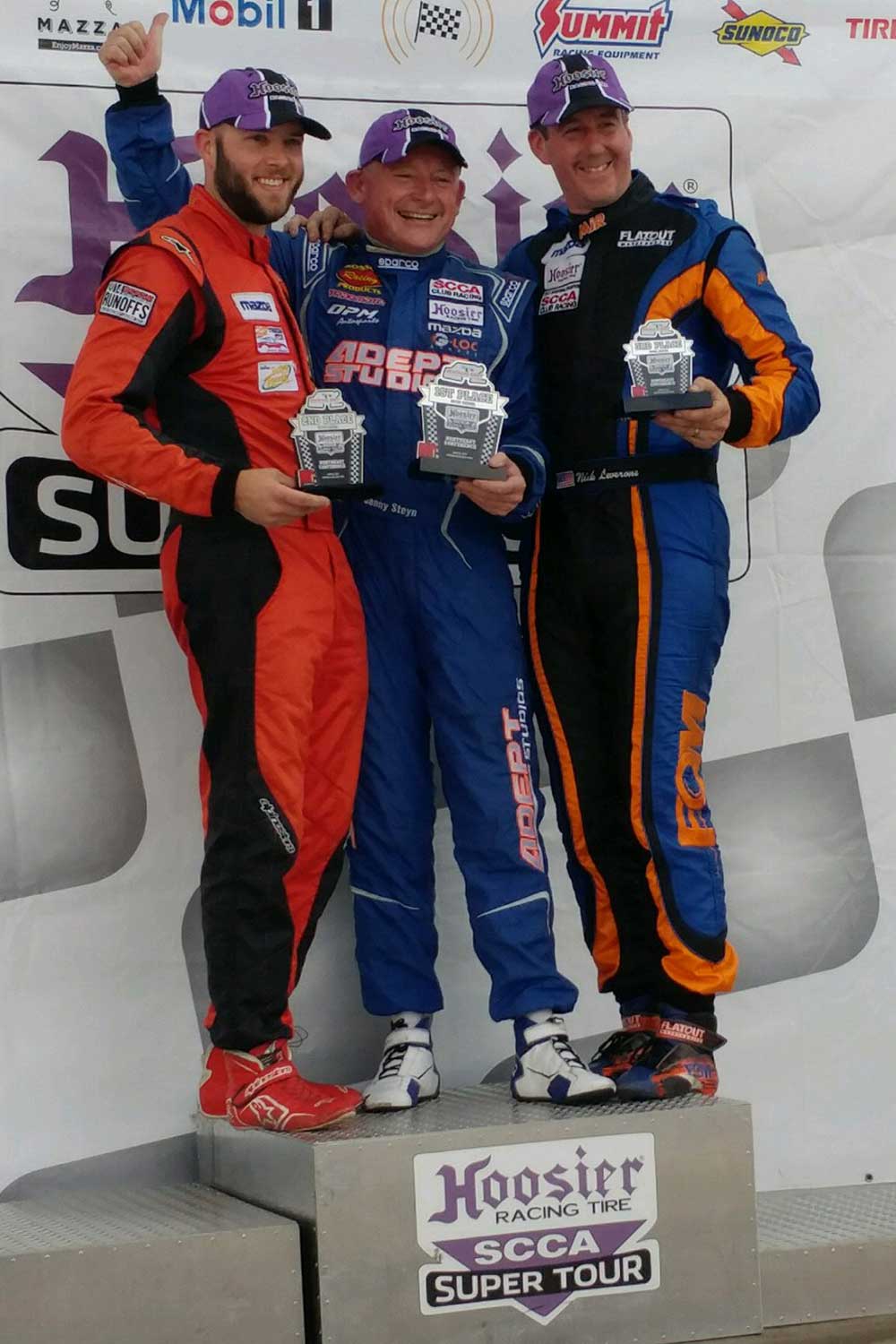 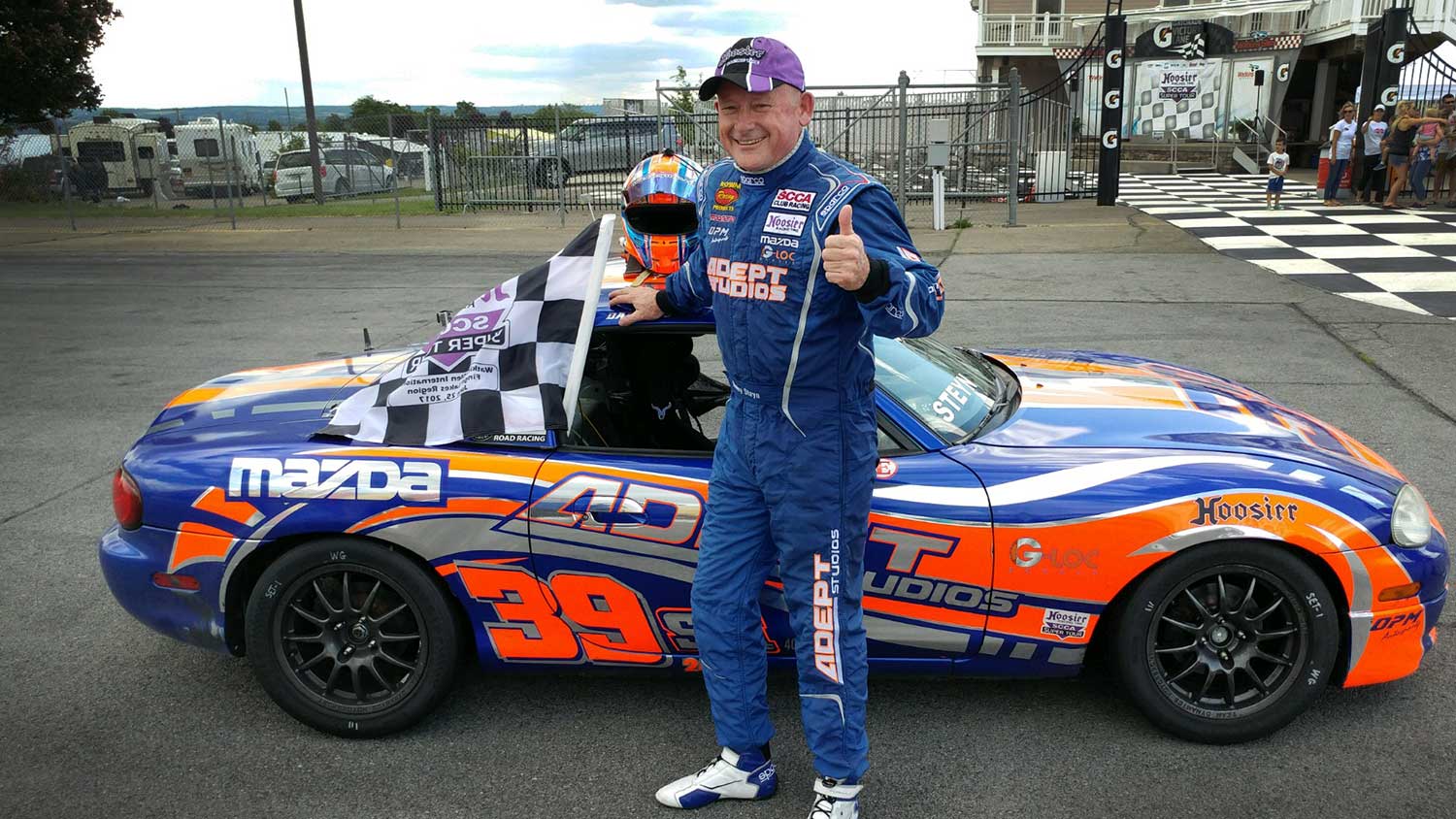 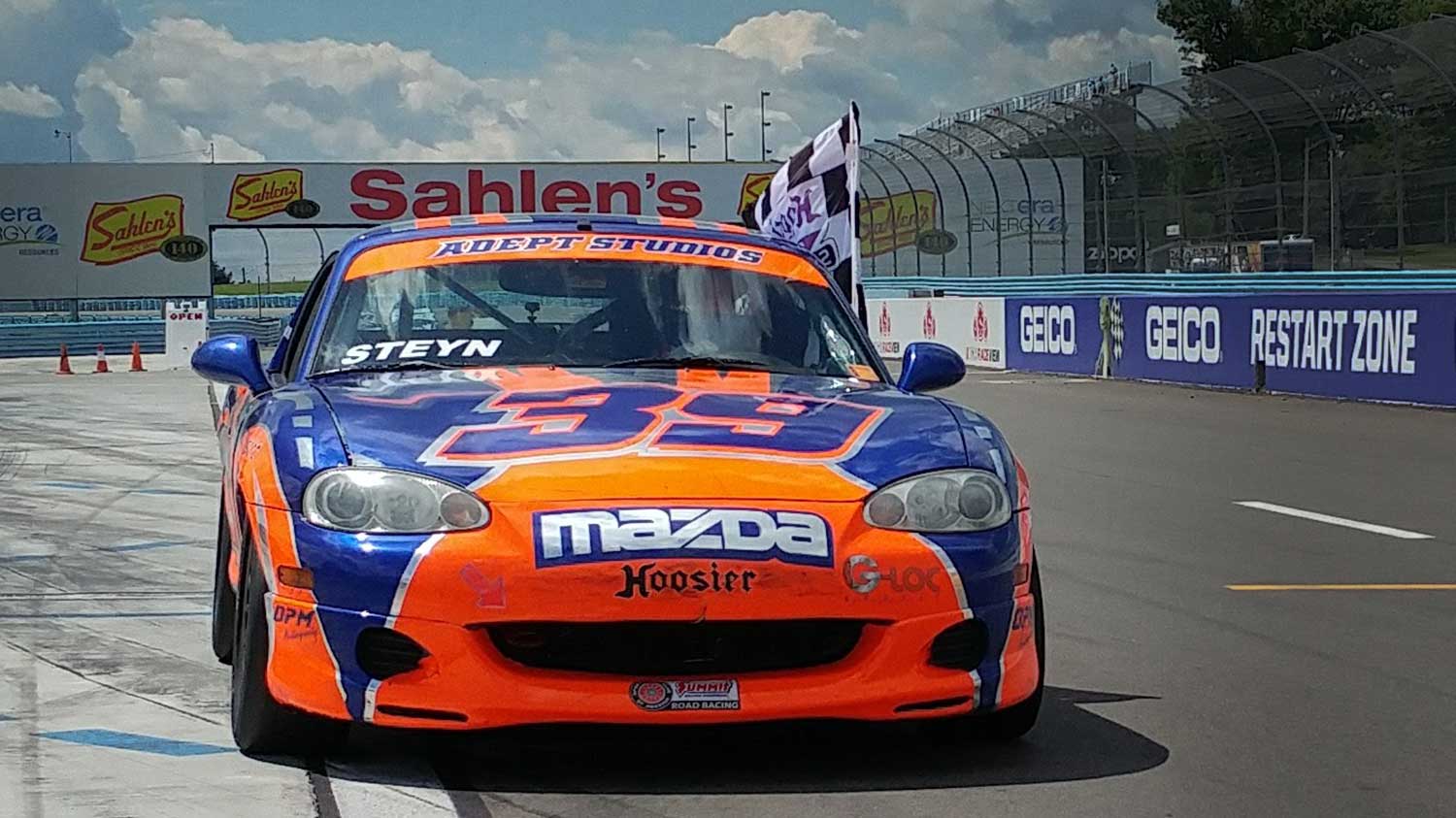 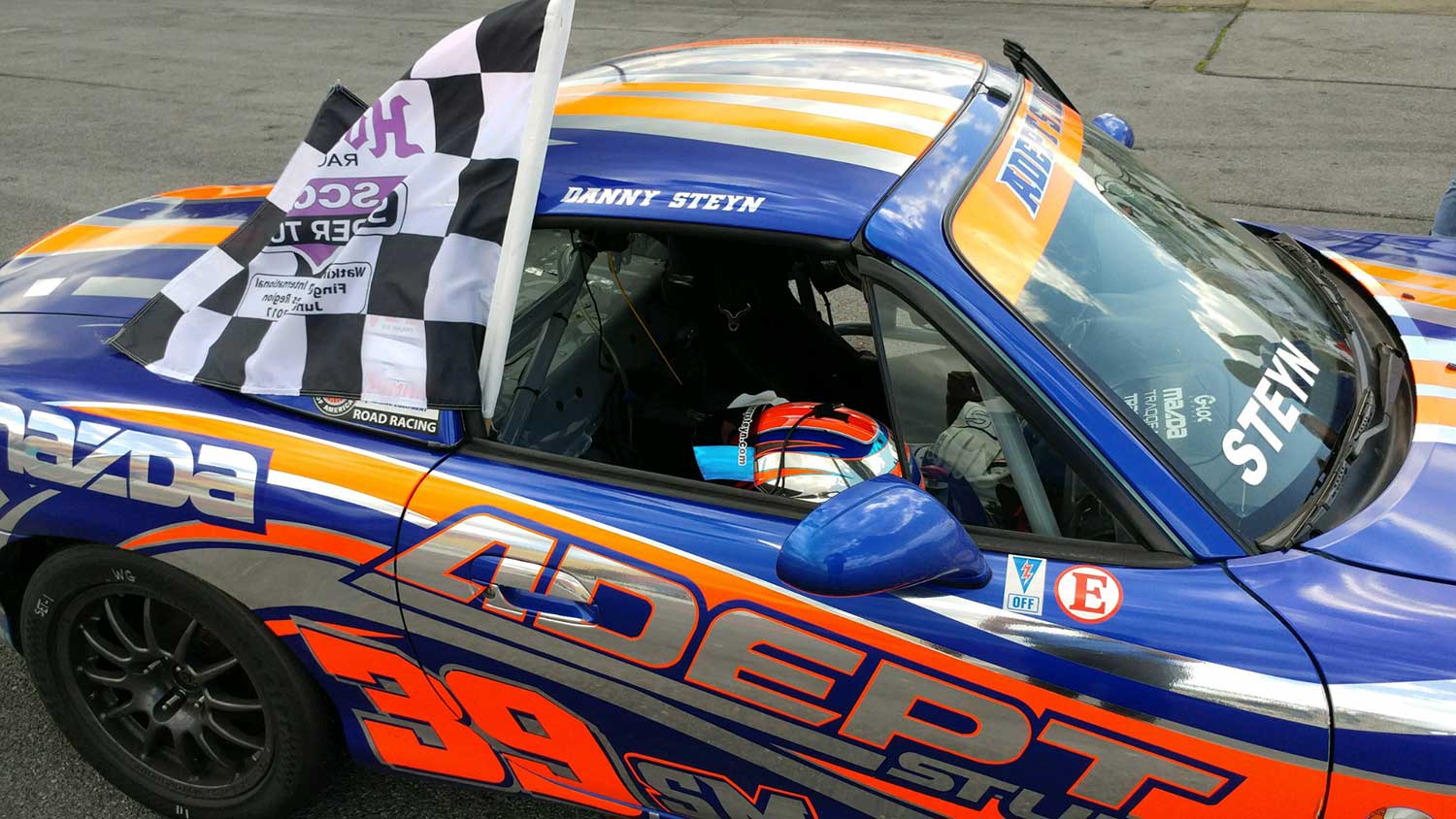 The final leg of the Hoosier Super Tour took place at the picturesque track of Watkins Glen. In Race 1, Tyler Kicera showed his local track knowledge and was able to prevail over Danny Steyn with Nick Leverone in 3rd place.

Sunday’s Race 2 would be the final race of the 2017 season, and Danny Steyn and Ralle Rookey were keen to break the drought. Despite Kicera’s extensive home track knowledge, Saturdays race had proved that he was vulnerable.

At the start of Race 2, Steyn pushed Kicera clear of the field and started to push Kicera away from the pack. Lap after lap, Kicera led Steyn with Rookey and Nick Leverone in close attendance. By the middle of the race, Kicera and Steyn had a 3 second gap to Rookey. Leverone eventually passed Rookey and started to open a gap as Rookey dealt with a failing diff.

With 4 laps to go Kicera ran wide in Turn 1 and Steyn took the lead, but within a lap Kicera passed Steyn taking the lead again. From Steyn’s vantage point he could see that Kicera’s tires were going off and he worked this to his advantage. At the start of the last lap, Steyn passed Kicera going into Turn 1 and stayed to the right hand side going up to the bus stop. Kicera drew alongside Steyn but gave it up going into the bus stop and Steyn emerged with a 1 car lead and extended it through the Carousel, held it through the laces and the toe of the boot.

Kicera was able to close up to a car length of Steyn’s bumper but Steyn was able to keep the gap to the finish line to win his first Hoosier Super Tour Spec Miata race of the season and reset the John Carter Clock! Kicera finished 2nd with Rookey in 4th place.

Steyn and Kicera were close to the lap record several laps but were unable to improve on it. Steyn nailed the fastest lap of the day with a 2:15.685

Watch Danny Steyn’s in car video of Race 2, in an epic battle to the finish with Tyler Kicera